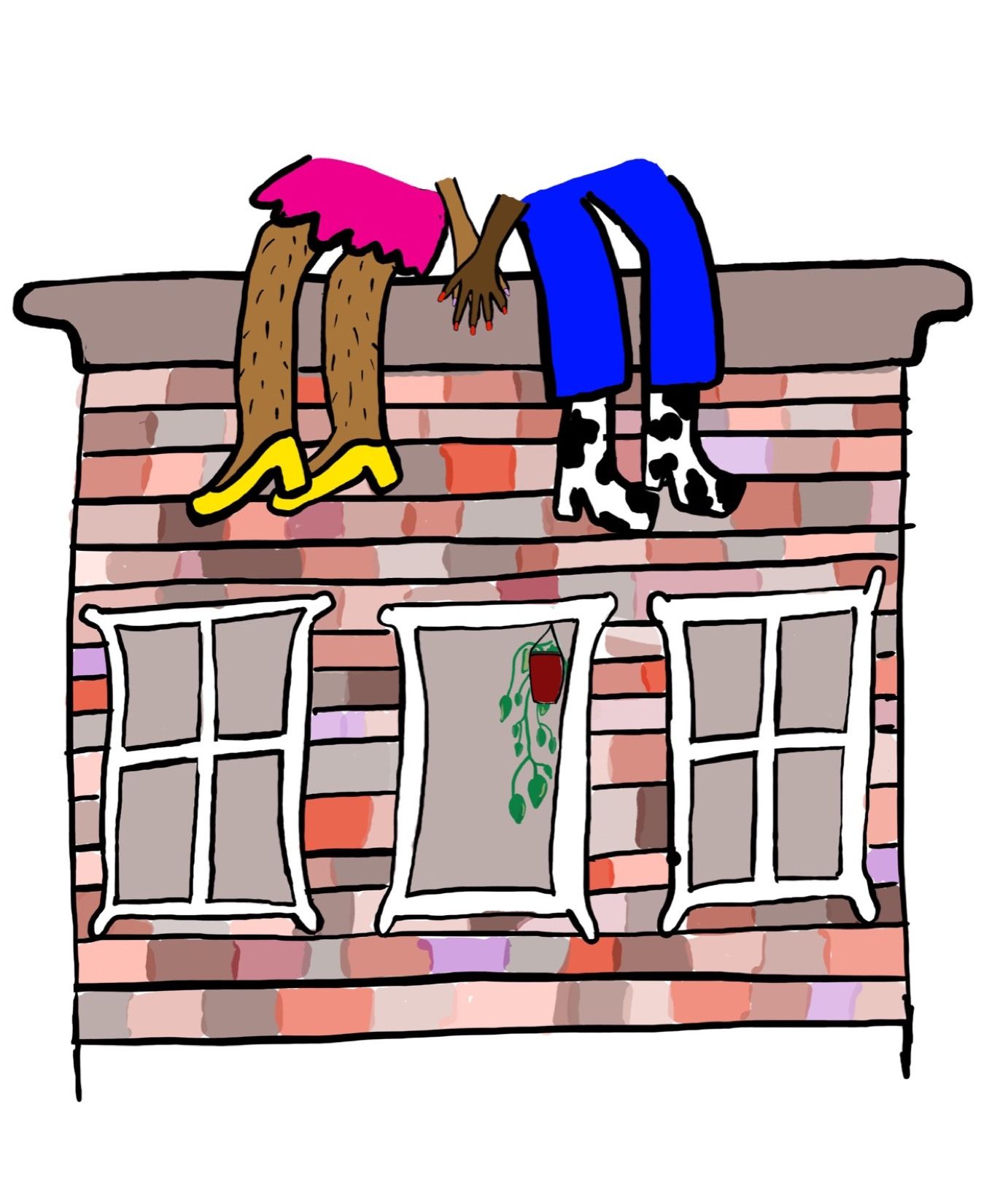 How do I know the difference between being friends with someone and having romantic feelings for them?

I guess the traditional response to this question is: Do you want to see them naked? If so, the feelings are romantic. Obviously this answer has been more or less debunked—you can love someone like that without wanting to sleep with them, and you can certainly want to sleep with someone without feeling that way. But I think there’s still merit in that response, if you substitute in a different definition of naked.

Let’s grant that everyone has parts of themselves that they would prefer no one see. You have probably at some point done or been something so evil and/or mortifying that you’re pretty sure it would kill you if anyone found out about it. Maybe you experience hatred more intensely than seems normal, or like attention in a way that seems pathological, or were partially culpable for the death of a class pet. Maybe you just don’t think you’re very smart. In any case, you don’t want anybody to know about this terrible thing you’re hiding, so you hide it as effectively as you can.

It’s very possible to be friends with someone without letting them in on your big secret. Probably your friends can see some of it but not all; they might also politely ignore what they can see, for the sake of the friendship. You probably aren't dying for the chance to glimpse most of your friends’ most buried shames, either. In friendship, it’s mutually understood that you aren’t trying to strip away all of each other’s layers and get to whatever newly-revealed horror awaits. In other words: You aren’t trying to get each other naked.

You can probably tell where I’m going with this. If everything you find out about someone just makes you want to learn more—if the best thing you can imagine being able to do with this person is to know everything about them—then it’s my view that what you feel could reasonably be called romantic. Good luck!

Is a campus roof a good place for a first date? Which roofs are optimal?

Roofs can be very good places for first dates, because in climbing onto them you show that you are either athletic or feel irrationally invincible of body, each of which can be very charming to a certain kind of person. This advice columnist has only ever brought love interests to the roofs of off-campus properties, all reachable by ladder or, at the very least, fire escape. But it always went pretty well, and the same is probably true for a university-owned building.

I’m going to offer some unconventional advice: If you can swing it, go for a roof that is almost impossible to get onto but pretty safe once you’re up there. You don’t want to worry about plunging to your death mid-date, but you do want the opportunity to show off upper-body strength, willingness to spot or provide a boost, and/or, of course, stupidity.

What's a good thing to do on Valentine's Day if your person is away?

To be in a relationship is to always have a person away. Part of what makes someone lovable is the fact that you cannot have them all the time. There is something especially tragic about spending Valentine’s Day apart—it’s the one day couples are allowed, even encouraged, to be together in public.

- Sit on a park bench. When someone sits down next to you, tell them the seat is taken. For your person, who is sitting both somewhere far away and very close inside.

- Take yourself out for dinner. When the host asks for the size of your party, let yourself hold their pity, answer for one, eat for the two of you.

- Go on a long train ride. Lean into the frame of the window. Do a crossword and leave a few blank for them. Calculate the new distance from your person. Measure what, if anything, changes.

- Leave them a voicemail. If they try to call you, do not pick up. Let their voice arrive, so you may remember what it is like to hold at least one part of them close.

- Order yourself their favorite food. You understand the power of a shot of vanilla syrup in your matcha latté. Still do not understand the allure of sandwiches brimming with olives. Pick up a pint of strawberry ice cream for the day they are no longer away.

- Make sure your person writes a list of the good things to do when you’re away. The layout of this list, this way of being, is not reserved for one day or a threshold of distance. Let them carry it with them always.

How do I cope with the fact that when i'm with the girlfriend, all I can do is think about all the work I need to do?

There are plenty of pragmatic solutions to this problem: rearranging your schedule, studying together, etc. But it seems like that’s not really what you’re asking for; you’re asking how to deal with the fact that you do feel bad.

I think it’s actually a good thing that you see work and your relationship as at odds. One pretty common way to reconcile love and work, if it feels like there’s conflict between the two, is to concede to work. Some industrious-minded people in relationships decide to see their relationships as work in the same way they see schoolwork as work, not necessarily in that they put work into them, but in that they believe the relationships check a socially necessary box and will, in the long run, get them something. This view of relationships can make it easier to prioritize them, if you’re inclined to anxiety about box-checking (as it sort of sounds from your question, you might be), but it also cheapens them pretty significantly.

So: You could book “be with the girlfriend” into your Google Calendar and treat her like a box to check, but we’ve already established my perspective on that. You could also spend less time with her and more in the library, or whatever. But there are lots of people (again—it seems, respectfully, like you might be one of them) for whom no amount of work is enough work. I’m not convinced that changing the ratio of girlfriend to work would really help you quarantine work away from your relationship. Really, my inclination is to tell you that interpersonal connection is the only meaningful thing in the world, nothing else matters, and being good at work is never going to feel as good as being in love. If you don’t feel that way, you could break up with her—or, better, you could break up with work.