Week in Being Sweet 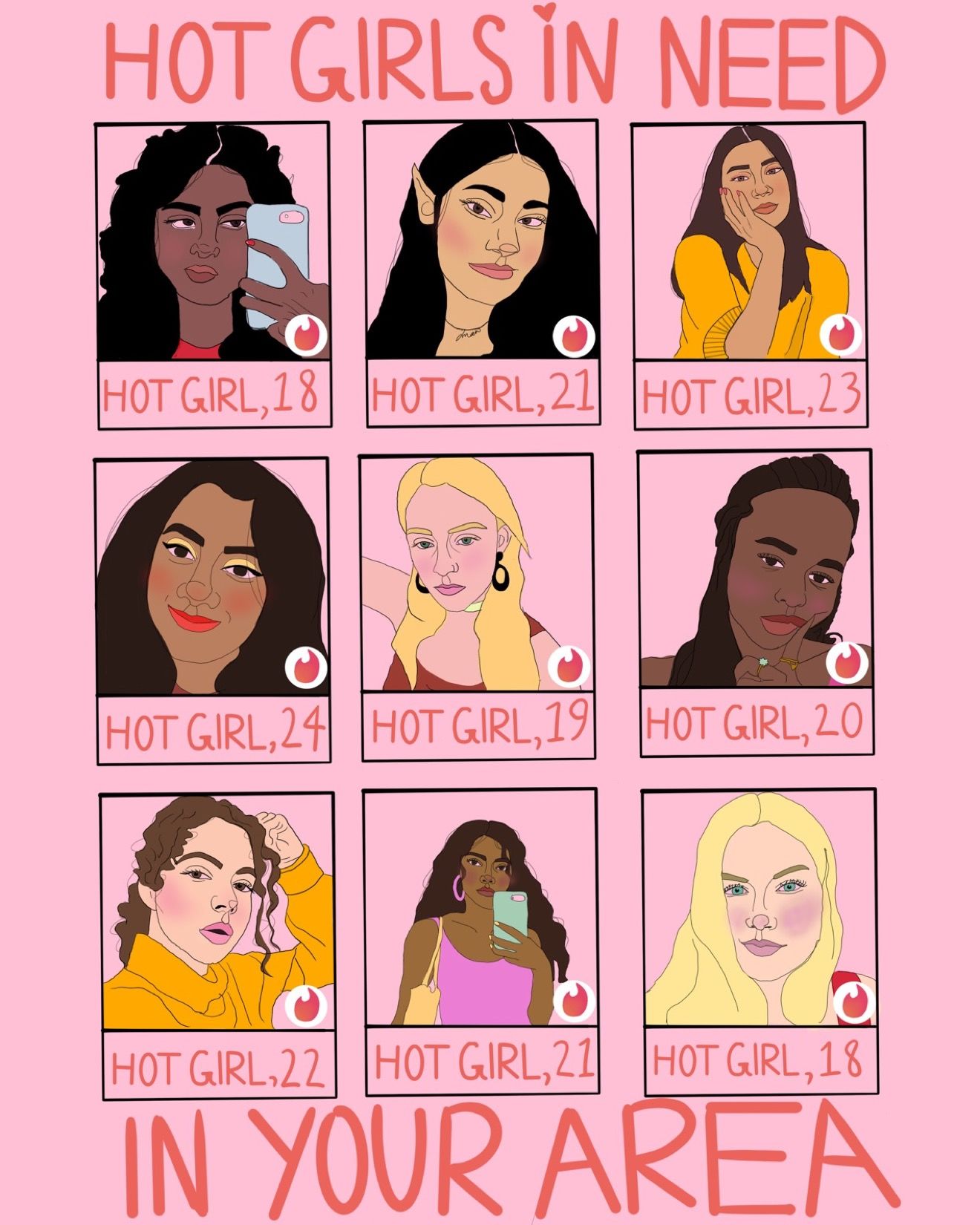 Valentine’s Day creeps closer and you’re still waiting for your Datamatch results. So you swipe. Swipe to fill the void of bae-less-ness on a holiday created to sell greeting cards. Swipe to forget the recently tossed leftovers from cuffing season. Swipe to get validated. Swipe to get disappointed. After all, what’s more consistent than any partner? Tinder.

Tinder will always be there for you—whether you’re a dumper or dumpee—on a break or in an open relationship. Through Oscar snubs, Iowa miscounts, and coronavirus warnings, Tinder offers its users the same men holding freshly-caught fish and women looking for threesomes with their boyfriends. And, as a group of German tourists in Norway learned in late January, Tinder will even be there for you if you get trapped on a remote cliff and need to be rescued.

Lonia Haeger, professional kite surfer and “Adventure Seeker,” according to her Instagram bio, was traveling in Norway with two friends when they found themselves in a precarious situation. Their camper got stuck in the freezing rain, slipping down a cliff’s edge until it perched precariously between boulders and the ocean. They tried emergency numbers, but no one could help. So they put their fate in Tinder—and its slew of desperate and h*rny strangers with push notifications on.

The group created a profile for Lonia and swiped right on everyone they came across. Within a mere five minutes, our group found love-at-first-swipe with a “bearded local,” Stian Lauluten. Stian was willing to help and he just happened to have a bulldozer. Within five minutes, he was at the scene. He carved a path out for the group and helped them get to safety. “I am amazed @tinder can be so helpful!” wrote Lonia in her recap post, sponsored by Tinder Norway. Hot girls in need, take note!

Dramatic rescues like Lonia’s, though spectacular, will not be included in Tinder’s proposed new safety features. Tinder has been around since 2012; since then, plenty of creeps have utilized the online dating app because of its anonymity and ubiquitousness. (This Indy contributor has interacted with her fair share, including a recent guy who declared his intent to “take charge of [her] artistic, moral and sexual development.”) The long-overdue safety plan, announced in January, aims to address the inherent concerns regarding meeting up with a stranger from the Internet. Currently, the app is rolling out a panic button to alert emergency services with users’ locations in case something goes wrong. Anti-catfishing technology will allow users to become “verified” if they confirm their photos by sending Tinder multiple poses.

With nearly eight million users, Tinder is the most popular online dating app in the United States. These days, everyone’s doing it. Hopefully, these new features will make sure we’re all practicing safe swiping. Now if only they could roll out a feature to ensure its users don’t match with every member of a friend group. 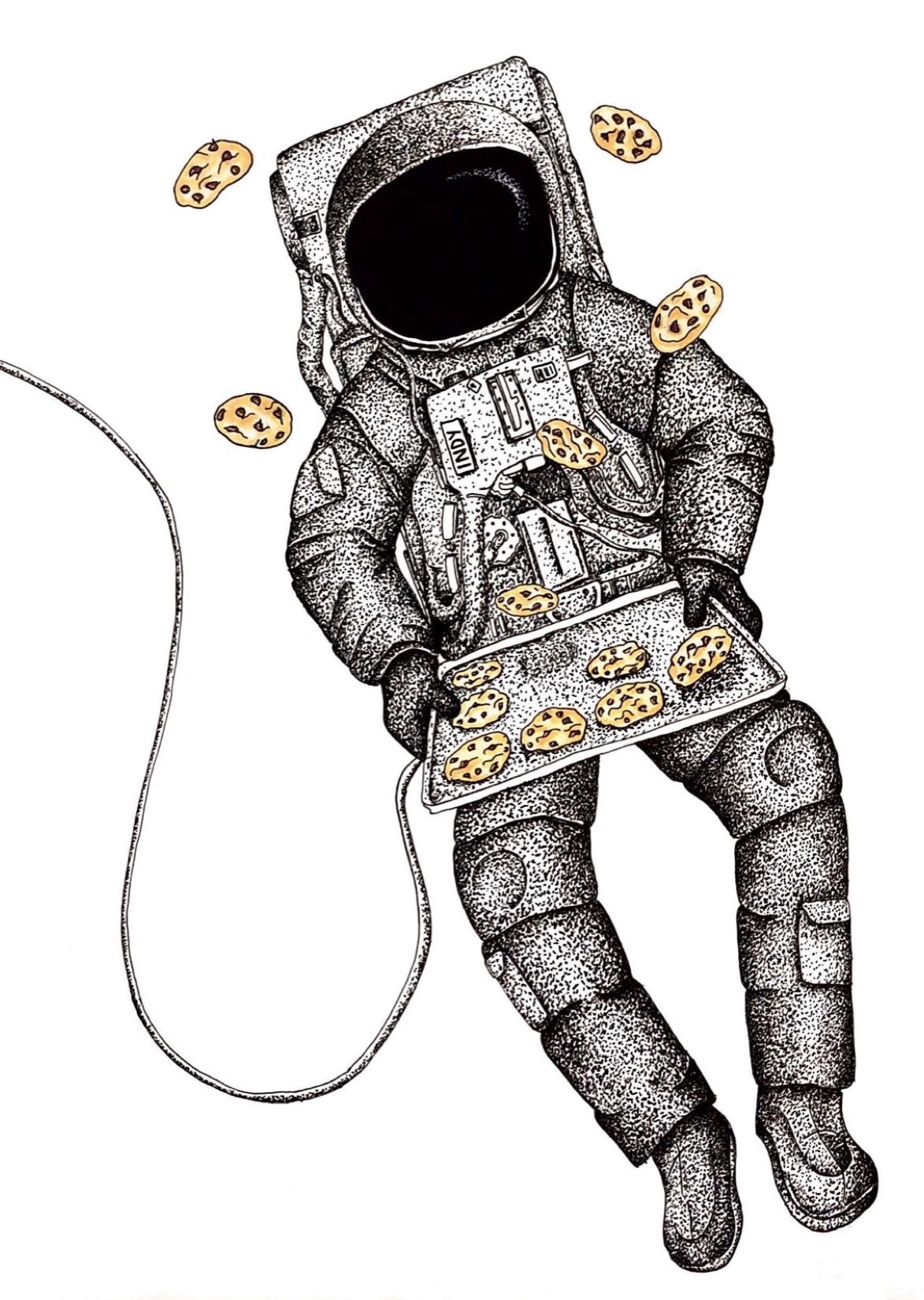 Since 1959, outer space has been a testing ground for the outer limits of human innovation. From martian farming to nuclear-fusion-fueled flight to Hubble telescope images of the stretches of our galaxy, people’s ideas have been, quite literally, far out. Alongside the towering achievements of human astro-ingenuity, new Everest has emerged among the otherworldly prospects of the past: the first-ever freshly baked space cookie.

Most people of the rocket travel era are familiar with the styrofoam-esque freeze dried foods astronauts allegedly enjoy. Similar to military “Meals, Ready-to-Eat,” (MREs), these meals stretch the limits of vacuum packing and preservative technology. Imagine months on end of only “freeze-dried roasted brussels sprouts” and “thermo-stabilized fish casserole.” The engineers of these meals work as hard as those developing new rockets to create foods catered to the quirks of zero gravity and astronaut health.

Recently, astronaut food science has shifted gears to freshly baked cookies. This requires some adaptations: a newly engineered oven to cope with the lack of convection heat circulation at zero gravity and, they found, an excruciating 130 minutes of baking time, in comparison with the typical 16-18 minutes. In that time, our floating friends could watch just over two episodes of the “Great British Bake Off.” The pre-made Double Tree dough would leave bakeoff judges Mary Berry and Paul Hollywood a bit sour—if you’re gonna wait two hours for a cookie, you might as well start from scratch and deck them out with some gourmet chocolate dimes, vanilla paste, and follow Bon Appétit Magazine’s Best Recipe.

The whole venture begs the question, why go to such lengths to bake a cookie, and why now? Following in the footsteps of Buzzfeed’s Tasty cooking tutorials and Youtube sensations like Maangchi, Bon Appétit’s casual Youtube snippets featuring the stellar chefs of the recipe development “Test Kitchen” have recently gone viral. Perhaps BonApp does deserve some credit. The otherworldly success and mass appeal of these channels along with everyone’s favorite wholesome (and well-scored—I can hear the orchestral theme now!) British baking competition might explain taking baking to new heights. GBBO contestants would have appreciated the full package Double Tree sent into orbit: cookie dough, oven, and even fully baked cookies for comparison, or to whip out in slick TV magic fashion. Food media no doubt has a broad audience, perhaps now even extending (at least its delectable results) to outer space.

Although the risks are myriad—cookie dough floating weightless and lodging itself in astronaut ears, contracting salmonella millions of miles from a hospital—these cookies reflect an investment in the comfort and happiness of the International Space Station team. Most technological innovations are directed at hard, practical concerns. This is a decidedly soft (with crispy edges) pursuit, and it’s about time. The discomfort of space travel might just be getting its well-deserved upgrade to first-class.