To Fund Communities or Jails? 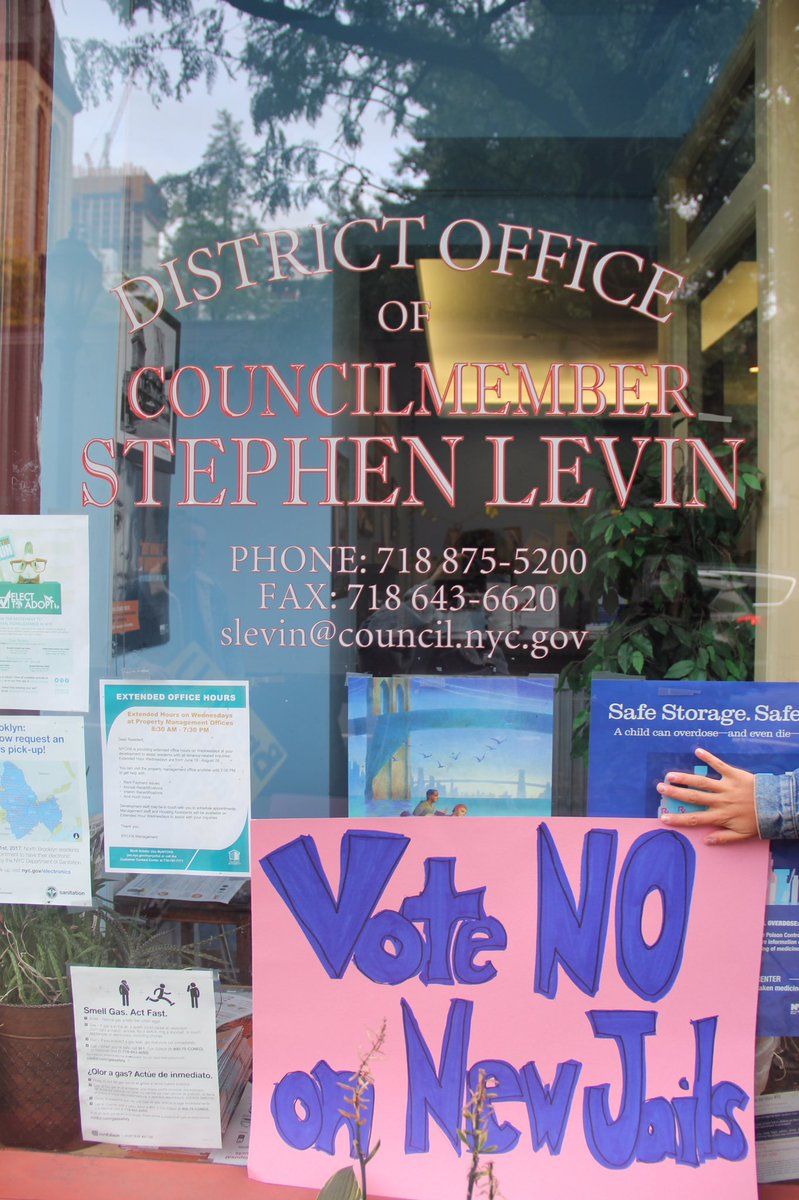 New York City Council Member Stephen Levin B’03, is trying to push through an $11 billion jail expansion plan in New York City. The City Council will vote on this plan next week. If Levin has his way, New York City will build four new massive skyscraper jails, one to two nursery jails for mothers and their babies, and three to six jails inside of city hospitals. This plan would devastatingly expand the ability of New York City’s carceral system to lock up, torture, and abuse Black and Brown New Yorkers. Levin’s vote is what he will be remembered for—in New York City and at Brown University. If Levin moves forward with voting for this plan, he, a product of Brown University, will be personally responsible for incarcerating many more Black and Brown New Yorkers for decades to come.

As the councilperson representing District 33, Levin oversees the district in which the Brooklyn-based skyscraper jail is slated. Because of member deference, Levin is one of four city council members with the most power to stop the city from building these 12 new jails. His indicated support for the jail expansion plan defies the demands of his own constituents—echoed by people across the US—to close Rikers, build no new jails, and use the $11 billion to invest in community needs instead.

Since February 2018, Mayor Bill de Blasio, Stephen Levin, and a few of his fellow City Council members have rationalized building new jails in New York City as a way to close the notoriously brutal Rikers Island jail complex. This is a blatant lie. In fact, the jail expansion plan has nothing to do with Rikers at all.

Rikers itself is proof that building jails will never lead to decarceration or abolition. When Rikers was built, it was billed as a “model penitentiary.” More than 80 years later, the notoriously deadly and brutal jail is known for its injustice, abuse, and corruption. In 2015, 22-year-old Kaleif Browder died as a result of being imprisoned at Rikers for three years on false charges—two of those years in solitary confinement. Just this past year, Layleen Polanco, a trans Afro-Latina New Yorker, died in solitary confinement at Rikers. Kaleif Browder and Layleen Polanco are just two of many who have been murdered by the state in its pursuit of “prison reform.” Rikers is no anomaly; history clearly teaches that there is no such thing as a humane jail. The ONLY thing New York City’s jail expansion plan guarantees is increased state violence, which will particularly harm Black and Brown people, especially those who are queer and trans, young, disabled, undocumented, and/or poor and working class.

New York City’s community members have already identified the actions that the city must take to ensure safety for all—these actions do NOT include building new jails. Instead, Levin and his fellow City Council members must commit the $11 billion toward the resources that actually allow for community safety, including housing, education, mental health resources, and harm reduction programs. Another Brown alum, Warren Kanders B’79, has also been denounced for funding and profiting off of violence against oppressed peoples both in the US and abroad. Kanders is the chairman of Safariland Group, a supplier of weapons to law enforcement agencies who have attacked protesters and bystanders in Ferguson and Palestine, and immigrants at the US-Mexico border. The rise of opposition against Kanders, who profits off of police brutality, speaks to the growing acknowledgement of how profiteers in such systems must be held accountable. If Levin votes yes, he will join Kanders as a disgrace to the Brown community. Brown can and should do better.

As students and alumni of Brown University, we have a responsibility to hold Stephen Levin accountable. The era of jail-building is over. Levin’s choice will cement him in history, either as someone who wielded his power to personally ensure the torture of thousands of Black and Brown New Yorkers, or, as someone who changed his ways and called on his fellow City Council members to do so as well.

Members of the Brown community: Please sign the petition to urge Stephen Levin, B’03, to vote NO on the jail construction plan. Call, email, and engage with Levin on social media—make him account for the massive harm he is about to cause. Demand that Stephen Levin vote NO next week, before it’s too late.