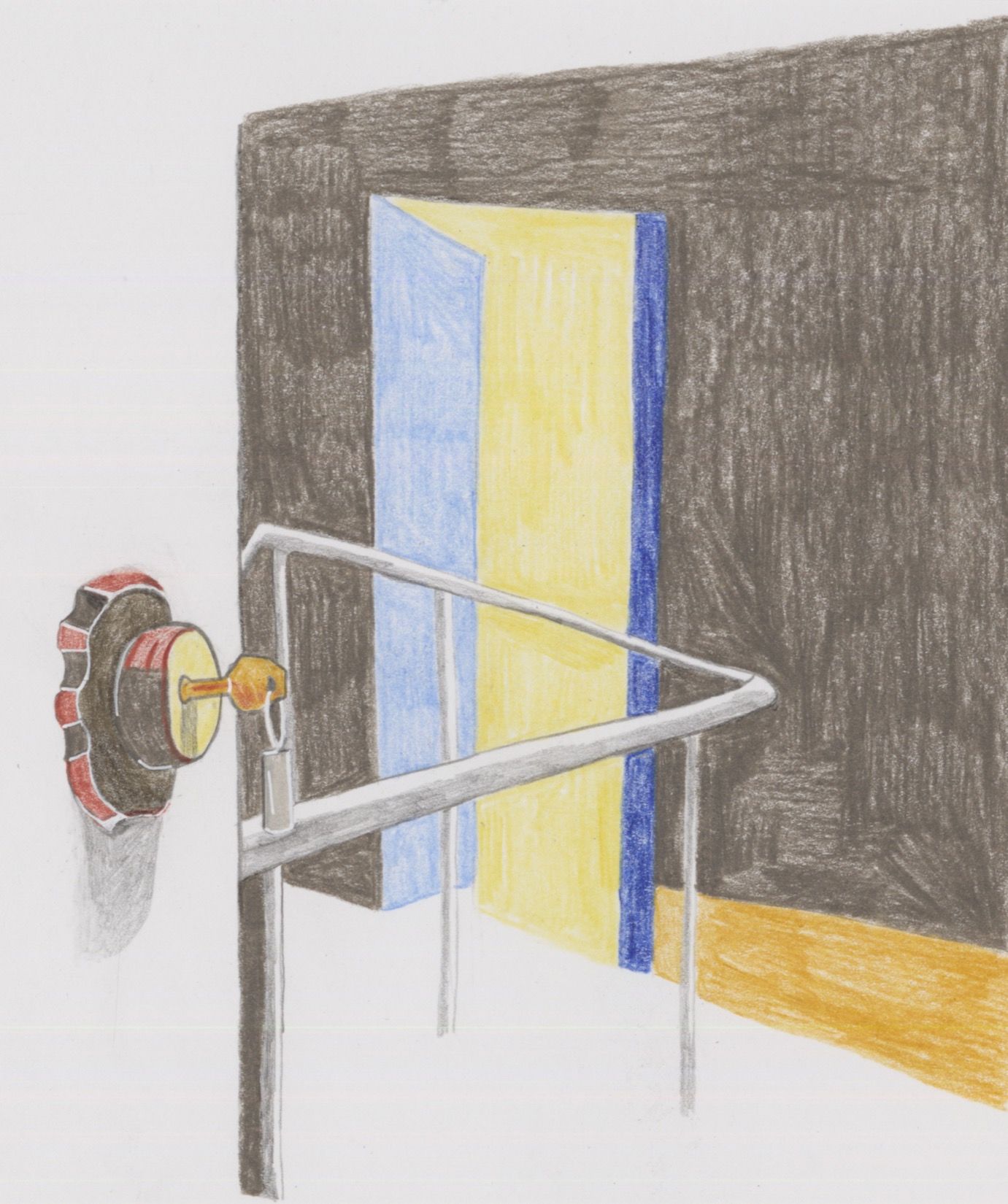 Last month, the film Joker won the Golden Lion—top honors—at the Venice International Film Festival. That the comic-book movie, which was directed by Todd Phillips of the Hangover franchise and portrays the title character as an alienated urban loner who eventually explodes into violence, won one of the world cinema circuit’s most prestigious awards came first as a bit of a surprise, and then curdled into something more dispiriting. Superheroes don’t save the world anymore, it seems—instead, they’ve taken it over, as stories of them and their nemeses dominate every aspect of culture.

25 years ago, Venice bestowed the Golden Lion on an altogether different sort of film. One of the great works of the New Taiwanese Cinema, Tsai Ming-liang’s Vive L’Amour never made much money at the box-office (Joker made $93 million last weekend), and generated little in the way of hot takes. It was a film that could use every bit of help it could get in building an audience; no mass of DC Comics fans eagerly awaited its premiere. What it did have was a charged, artful intimacy. Maybe Joker does too—I haven’t seen it. But it’s also a behemoth, currently taking up all the oxygen across a wide swath of the nation’s cultural conversation. So as a brief reprieve, let’s give something small and beautiful—Vive L’Amour, say—a little room to breathe.

Vive L’Amour begins with a temptation: A key sits in a lock, unattended and waiting to be turned. A man’s hand enters the frame and fingers the little flashlight that dangles from the keychain, but a door down the hall opens and calls him away. He remains in the blurry background of the image, attending to his business with the person in the corridor, but when he’s finished and once again alone, he returns to the key and steals it out of the lock, pocketing it as he dashes into the elevator. He has been tempted, but maybe not as we expected; he doesn’t turn the key, but takes it, exhibiting not an impulse to enter, but an intention to return.

A small, wordless drama that plays out in a patient single shot, this scene is as good an introduction as any to the film’s magic, and to the movement broadly known as the New Taiwanese Cinema. Though its representative works are often freighted with historical and political concerns—it arose in the midst of the nation’s modernization and the gradual institution of democratic reforms that came after the death of authoritarian leader Chiang Kai-shek in 1975—they always ground themselves in intimate moments, flashes of human quirk and feeling in the course of a seemingly static realism.

The New Cinema continued through the 1990s and counted among its ranks filmmakers like Tsai, Hou Hsiao-hsien, and Edward Yang. It was arguably Taiwan’s first national art cinema; the country’s film industry prior to the 1980s was rigidly controlled, by Japanese colonial power until the end of World War II, and by Chiang Kai-shek’s regime thereafter, which promoted a “healthy cinema” that smacked of propaganda. Created, then, in a time of newfound artistic freedom, the movement’s films are infatuated with their own medium, always pushing towards new expressive possibilities.

It’s true that the New Cinema didn’t make big box-office waves, and that it alienated much of its Taiwanese audience. By any popular measure, the films comprising the movement are slow, keenly observed but undeniably subtle and cumulative in their effect. The movement received a major stamp of approval from the international cinema circuit, however, when Hou’s film City of Sadness was given the Golden Lion in 1989.

Five years later, Vive L’Amour won the same award. Its story revolves around the apartment to which that opening key belongs, an empty Taipei flat that real-estate agent May Lin (Yang Kuei-mai) is trying to sell, and follows the three individuals who pass through it, often unwittingly sharing the place with one another. Along with May Lin, there is Ah-jung (Chen Chao-jung), a man she takes back to the flat one night, and Hsiao-kang (Lee Kang-sheng), the key thief of the film’s beginning. Both men sporadically sneak into and stay at the apartment, unbeknownst to May Lin.

Under the gaze of Tsai’s attentive, often still camera, the comings and goings of this trio sometimes feel like a sex farce, slowed down. There’s even a decent pratfall. But the film makes of its premise something deeper, kinkier and more melancholy than an arty Feydeau redux. A sequence near the beginning follows Hsiao-kang as he enters the apartment for the first time. He wanders through the rooms. He takes a bath. And then, sitting half-naked on a bed, he raises a knife to his wrist. We wonder: Was this his intention from the moment he took the key? Tsai lets us stew in the despairing enigma of his creation, shooting Hsiao-kang first through a window, and then moving in, putting us up close with him in the dark room, his heavy, nervous breathing audible, his wrist just below the frame. It’s an agonizing minute or so of film, one that might begin to feel exploitative. The shot’s insistent, unsettling length certainly bespeaks an artist constrained by little but his own intent. But Tsai isn’t mining the moment for suspense; rather, he’s interested in simply looking at people in pain, in what we might see and what we don’t. The camera can only look so deeply, and pain can only etch so many lines across a face. Eventually, Hsiao-kang drags the knife across his wrist, and lets it clatter onto the floor.

Just as this occurs, May Lin and Ah-jung arrive together at the flat and begin taking each other’s clothes off, not aware of the man bleeding out in the bedroom across the hall. When Hsiao-kang hears them, he gets up and stanches the bleeding, and then walks over to the partially open door behind which the two others are now having sex, drawn to these people, irrepressibly curious. A shot shows him from behind as he stands, one wrist slit, listening to the sounds of others’ intimacy. It’s a perfectly bleak distillation of the paradoxical alienation of urban life—he is at once desperately alone and surrounded by the lives of other people.

Vive L’Amour was far from the only film of the New Cinema to take up the theme of the city’s peculiar human effects. Unlike Truffaut and Godard gazing upon the historic avenues of Paris, the filmmakers of the New Taiwanese Cinema lived and worked in a rapidly growing place; Taipei’s population more than doubled in the decades leading up to the movement’s flourishing. An artistic reckoning was inevitable. What it does it mean and how does it feel, to live among so many? In Edward Yang’s Yi Yi, for instance, a family lives in a Taipei apartment that looms above a busy highway, and Yang sometimes shoots them from from the outside looking in—until, that is, someone shuts the blinds and the windows become mirrors, and we’re suddenly faced with the lights of buildings and the cars whooshing by below. A domestic scene has become a cityscape, the lightning-quick transition an indication of how barely they’re separated, of how the city’s always pressing in.

Tsai, for his part, investigates urban life on a more intimate scale, from Hsiao-kang standing outside the bedroom to May Lin and Ah-jung’s walk to the flat, an expertly choreographed, ever-so-coy pursuit through city streets, as they pass down busy sidewalks and thoroughfares, moving separately but in each other’s orbit nonetheless. And yet as much as these moments reflect particularly urban relations, they’re also about human relations in a more elemental sense. May Lin and Ah-jung first meet (if that’s the word) just before this, in a food court, him at one table as she sits down at another beside it. It’s a moment of awkward, gently aching proximity, made riveting by Tsai’s ability to make cinematic space feel electric, as if the air within his images is always charged with the potential for human connection. The two of them are complete strangers, and yet there they are, sharing the frame—something has to spark. Another version of this movie—the kind with Cary Grant and Katharine Hepburn, say—might have them begin to banter. But Tsai lets their relationship remain exquisitely ambiguous, keeping his camera trained on them as they sit silently, somehow apart and together at the same time.

Shots like these make us consider the associative power of the camera frame—are we always right to assume a connection between two people in the same image? Somewhere in this consideration is a muted optimism, the idea that that assumption indicates a possibility, that the yawning gaps between two people can be closed if there exists too the desire to reach across them. The film’s astonishing climax depicts an instance of such desire, as Hsiao-kang perches on the edge of the bed where Ah-jung sleeps, and slowly slides across the wide white plain of the bare mattress between them until, at last, he kisses him. Hsiao-kang begins the film with a flash of temptation; he ends it with the fleeting flush of intimacy.

This late gesture of homosexual desire isn’t a revelation, exactly. The film is suffused with it, down to the way Tsai’s camera gazes hungrily at his actors’ bodies—the haunting, resolutely interior Lee Kang-sheng especially, who has appeared in every one of Tsai’s features to date. But that desire here makes a particular kind of sense, because in the electric field of Tsai’s images, any person could connect with any other. That’s a liberatory ideal—certainly in the context of a nation still adjusting to life after authoritarianism, but so too in the here and now.

And yet Tsai doesn’t lean on this to insist that anyone can find meaningful relationships if they only know where to look. Connection’s possibility doesn’t make it any less elusive. The film ends with a five-minute-long shot of May Lin sitting on a park bench and crying. We’re steeped in the ebb and flow of her sobs, the jagged rhythms of her breath. It’s an ugly outtake of loneliness, a scene of little drama and overwhelming emotion. As she keeps crying, Tsai’s camera unflinching, the film achieves a certain therapeutic pull, as if inviting us to cry alongside it. Vive L’Amour is a work of enormous, aching pain, and in the end, Tsai offers some frank guidance: Sometimes the only way through it is to feel it.