How the coworking industry is failing freelancers 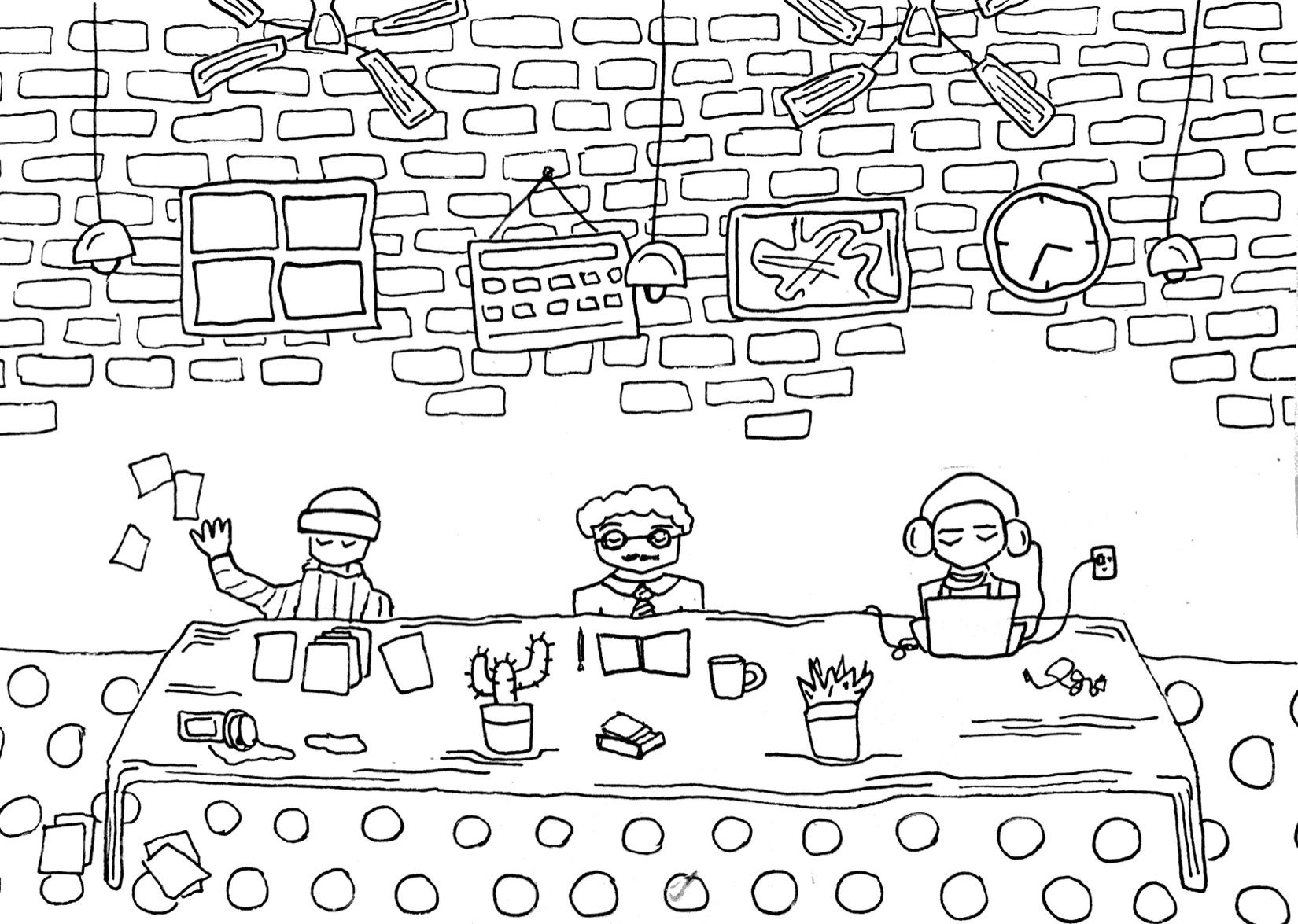 I was one of 500,000 coworking Americans in 2017 when I had a summer job at a small coworking space in Pasadena, California. One day, I accidentally backed my car out of a parking spot straight into another car. Luckily, no damage was done to either car, but the guy was still pissed. For the rest of the summer, he glowered at me from across the open floor plan while I tried to do my work. Coworking taught me to be much more careful in parking lots, especially when your office, designed to foster communication and collaboration, doesn’t have walls.

WeWork is the biggest name in coworking, the practice of sharing workplaces with other people who are self-employed or work for other small companies. Just last week, the We company made several headlines as the multibillion-dollar corporation withdrew its plan to go public and billionaire CEO Adam Neumann stepped down. Pushback was plentiful when it came to WeWork’s self-identification as a tech company and not real-estate, despite their main product being office space. Soon after WeWork released its IPO, Vox ran an article with the sharply critical tagline, “‘Space as a service’ does not a software company make.” For people as obsessed with the Bad Blood saga of Theranos and Elizabeth Holmes as I am, the story sounds familiar: “tech” startup, charismatic leader, billions of dollars from investors raised and more or less flushed down the drain.

Coworking is a rapidly growing enterprise. Between 2007 and 2017, the number of coworking spaces globally grew from 14 to over 14,000. The amount of office space afforded to coworking is massive as well; WeWork is now the largest private tenant in Manhattan. (The company, and other similar businesses don’t actually own any real estate. Instead, they rent out spaces with long-term leases, and chop them up into offices they essentially sublet on the short term.) WeWork and similar companies offer basically the same thing: rent out an office or desk, come in any time of day, and work, work, work.

The gig economy umbrella is wide, and the workers who fall under it are diverse. The term “freelancer” could be opened up to contain the seemingly disparate professions—from creative professionals to rideshare and food delivery drivers—that the gig economy produces. Understandably, the nature of the gig economy is highly unstable for workers, who are often underpaid and underworked. Many freelancers have to take up extra jobs in order to make ends meet in a world where rents rise and wages stagnate. As Annie Lowry writes in the Atlantic, “The gig economy in particular provides plenty of late-capitalist fodder, with investors showering cash on platforms to create cheap services for the rich and lazy and no-benefit jobs for the eager and poor.”

There is perhaps nothing more late-capitalist than paying to go to work. Clever marketing strategies for WeWork and other coworking spaces make the practice seem like much more than just renting a desk; when you buy into coworking, you’re purchasing a subscription to a lifestyle. Their lifestyle is attractive to many—WeWork markets the opportunity to work in a beautiful, comfortable office, surrounded by other cool, innovative people, in major cities. WeWork provides the semblance of an office job without the aggravations of the office. No boss breathing down your neck. No rules against napping, spending your whole day in the kitchenette drinking coffee, or coming in late.

The “father” of coworking, San Franciscoan Brad Neuward, put it simply: Coworking offered “the freedom and independence of working for myself along with the structure and community of working with others.” This sounds like a sweet setup for most freelancers. However, Harvard Business Review estimates the average rent of a coworking space in the US at $350 per month. This isn’t cheap at all, especially when you could theoretically cowork at a café all day for the price of a small black coffee. Ex-CEO Neumann claimed WeWork was a company that wanted to “elevate the world’s consciousness.” The absurdity of this statement signifies just how out-of-touch WeWork is to the daily life of freelancers, part of its target clientele. WeWork’s “elevation” just looks like giving someone a pretend nine-to-five and a kitchenette rather than the security of a guaranteed salary and benefits package.

The truth is, WeWork has never turned a profit. Neither have Uber or Lyft, other companies whose success depends on freelancers. The unprofitability of these companies piques the question: is turning a profit off of the highly unstable gig economy realistic? If full-time gig workers are struggling, maybe it makes sense that companies built on them would too.

In Providence, six different locations are listed on coworker.com. Most are some smaller iterations of the generic WeWork-ish coworking business. This aligns with the city’s recent attempts to cater to a younger, wealthier demographic; in the past year, Providence has seen the establishment of luxury apartments and high-end vegan restaurants.

What Cheer Writer’s Club, however, is a coworking space with an alternative model. First, it’s a 501(c)(3) nonprofit. Second, it serves a niche, bookish clientele: Rhode Island’s creative industry. Writers, illustrators, podcasters, translators, editors, and indie publishers are just some who call its location on Westminster St “the office.” People from other industries can cowork at The Club, but they have to pay twice as much.

“Writers often work in isolation, and we don’t know each other, we don’t see each other because we’re all holed away in our home offices,” Program Manager Jodie Vinson told the College Hill Independent. Her business card proclaimed that the Club offered “coworking for introverts.” The Club has cozy “stacks” like a library, sit/stand desks, comfortable couches and meeting rooms, and a state-of-the-art podcast recording studio. Writers can meet with editors in private meeting rooms. A wall of published literature by members gives them a publicity boost.

“Our goal was always to make [our space] affordable to these writers who were suffering in the gig economy because of low pay and no benefits,” said Vinson.

What Cheer Writer’s Club is much more affordable: nine-to-five coworking access is only $100/month for content creators. Largely writers themselves, the staff at the Club took into account both their own experiences as freelancers as well as feedback from early members. Their programming is empathetic as well. For example, the Club is hosting a workshop this month on how to get health insurance as a freelancer. Instead of ignoring the unique struggles freelancers face, What Cheer caters to them—an ethos other coworking companies could learn from.

Today, all people need to “go to work” is a laptop and WiFi. The definition of work is changing, as the 21st  century economy forces workers to move away from traditional nine-to-five office jobs and into more amorphous freelance gig work. According to Forbes, 36 percent of the U.S. workforce freelanced in 2017, a number projected to grow to over 50 percent by 2027. Since work today is highly digital and therefore more mobile, there is less need for a concrete workspace. Coworking spaces allow freelancers—those who can afford it, that is—an “office job” without any of the corporate strings or long-term agreements traditional employment comes with.

However, coworking memberships do not offer any of the benefits that traditional, long-term employment does. A WeWork membership (or driving for Uber or Lyft) won’t guarantee you a paycheck, health insurance, or paid vacation days. These are things that all workers need in order to survive.

WeWork’s FAQ happily proclaims that a membership ensures “your location is accessible by keycard 24/7.” By permitting workers to access the office at any time, they imply that work can and should be done around the clock. The nature of freelancing blends this line already: you can’t “leave work at the office” when you’re sans office, or if you’re constantly hustling for gigs because you lack job security and a steady paycheck. The lack of work-life balance usually is out of economic necessity for freelancers, and companies shouldn’t encourage this behavior. People in pressure-cooker industries like startups and tech work alongside freelancers at coworking offices. Even though only one out of every five coworker reports “irregular” hours, according to coworking magazine deskmag.com, people are at coworking spaces for an average of 8.8 hours a day—longer than the typical 8 hour workday.

One major perk of joining a coworking space is the networking opportunities. Many companies host events to foster crossand inter-industry collaboration. These events can also take the form of socializing; weekly happy hours and bigger events are commonplace. These types of connections would be most valuable to a struggling freelancer, or someone without a degree or social network to leverage for employment. In this way, WeWork uplifts only the freelancer who is already doing well enough to afford the expensive desk—further stratifying the gig economy. Freelancers who don’t have the financial capacity to buy into coworking get left behind.

The coworking office I worked out of had a neon sign spelling out “coffee,” actual free coffee, a mix of couches and wood tables, and a fridge stocked with not-free organic stacks. These are typical design elements catered to the image of the creative/tech millennial: string lights, leafy plants, and exposed brick. One coworking space I’ve visited in Downtown Los Angeles even had kombucha on tap. Long gone are the office’s classic harsh fluorescent light, grey carpet, and rolling chairs with mysterious stains. As Ilana  Glazer of Broad City put it eloquently: “What a hysterical business model….You're storing people in what are essentially closets after luring them in with these, like, seemingly high-end perks, but it's also, like, a bag of beer in a trash can under a counter.” Freelancers in all industries would benefit more from forming a union than paying into the gig economy for little more than a desk. No amount of free libations, sit/stand desks, or ping-pong tables can substitute for real benefits that workers need and deserve.

AMELIA ANTHONY B’22 didn’t pay a cent to write this article from her bed.