The Highlander Center and the practice of cultural organizing 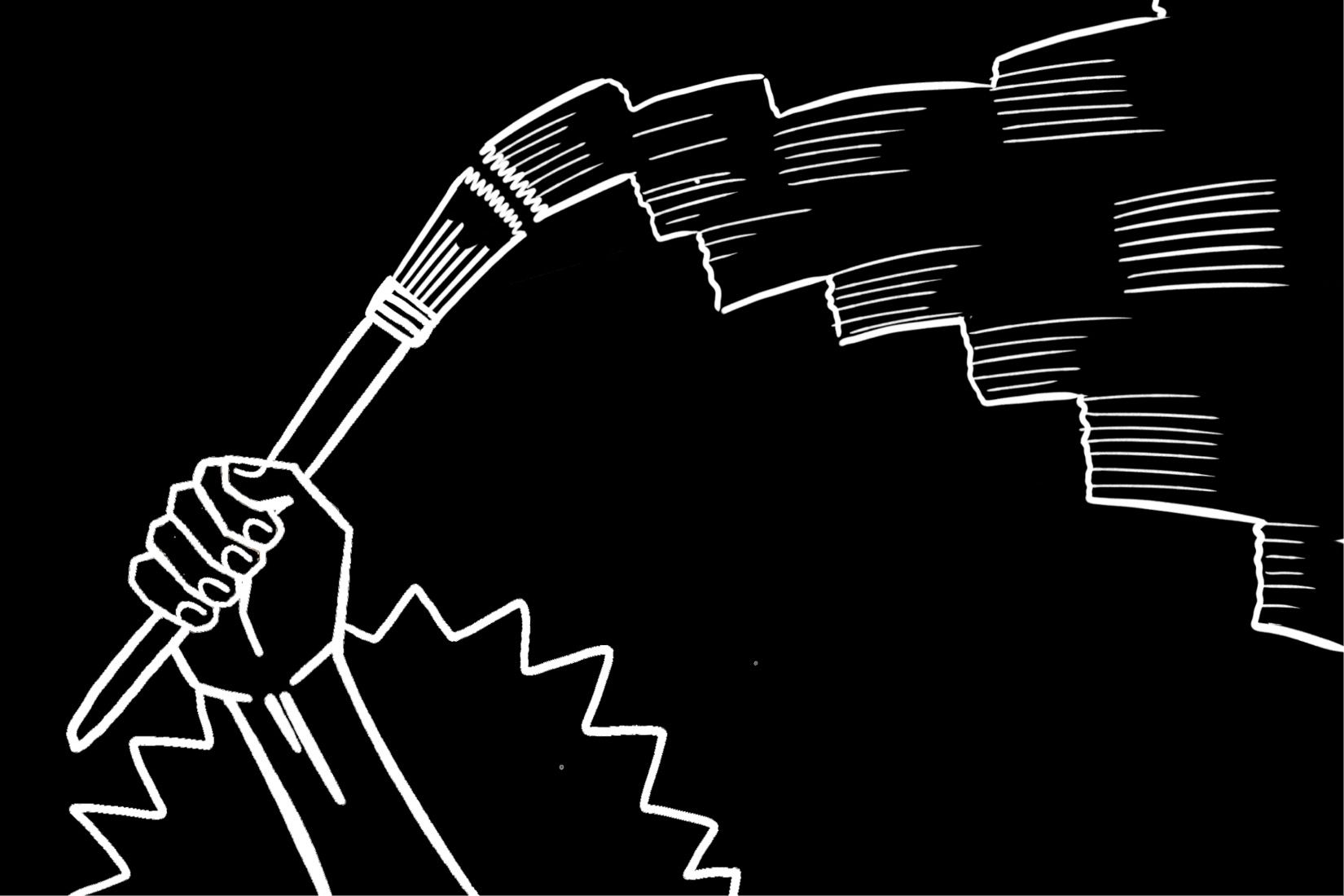 Woke up this morning with my mind, set on freedom

Woke up this morning with my mind, set on freedom

Woke up this morning with my mind, set up freedom

At the Highlander Center, a popular education center and driving force for grassroots organizing and movement building in Appalachia and the South since the 1930s, many meetings and gatherings begin with song. Often, these songs are freedom songs, legacies from the Civil Rights Movement. Sometimes they are children’s songs, or songs recently invented by a staff member or some friend of the organization. I visited Highlander this past summer as a short-term intern and student researcher. When I first arrived, my supervisor and I sat on a bench overlooking the hazy striations of the distant Smoky Mountains and sang a harmonized duet. To begin an all-staff meeting on a Wednesday morning, Highlander staff gathered in a circle of rocking chairs and sang a protest hymn. At group meals, there was song. Walking on the gravel path from one building to another, I would periodically hear someone's voice, unseen but nearby, singing to themselves. “Woke up this morning with my mind, set on freedom…”

It was there, at Highlander, that I first heard the term “cultural organizing.” (I never admitted this fact to my supervisor, feeling it an embarrassing lack in my knowledge of activist strategies and histories.) Highlander defines cultural organizing as “the strategic use of art and culture to shift and move more progressive policies and practices within marginalized communities.” For the cultural organizer, “culture” has dual meaning, as both tool and consequence of political action. “Cultural” refers to the language and practices of culture—art, music, dance, oral traditions, food, religion, ritual—used to carry out political change. The word cultural also recognizes that in order for transformative political change to occur, culture—people’s ideologies, actions, and ways of being together—must be transformed in the process; cultural organizing thus seeks to change culture simultaneously as it enacts it.

Regular song is an example of a cultural organizing ethos that integrates cultural practices into community organizing. For Highlander, singing does not happen only at protests or rallies when it’s time to mobilize the masses. Singing is practiced as greeting, as gathering, as celebration, as grace, and as solitude. Singing is in the daily work. Gather, sing, talk. Greet, sing, eat. Walk, sing, think. Mobilize, sing, act.

In 1997, the national nonprofit United for a Fair Economy published The Activist Cookbook: A Hands-On Manual for Organizers, Artists, and Educators Who Want to Get Their Message Across in Powerful, Creative Ways. I uncovered this document in Highlander’s library and archives, tucked away in a metal file cabinet. I quickly made a copy of my own. To be clear, this book is not a cookbook. Its “recipes” are ideas and recommendations for how to incorporate creative action into political organizing. The Activist Cookbook demonstrates another approach to cultural organizing, one that more directly incorporates art into strategic political action. I find the publication humorous, practical, and provocative. I love its core message, that anyone—you!—can scrounge up the quotidian tools at your disposal to creatively organize for justice and change.

Ebony Noelle Golden, an artist and cultural strategist who helped design and implement a cultural organizing curriculum at Highlander, spends her career promoting the political and spiritual power of cultural organizing strategies. In a 2014 interview, she argues that art and culture is necessary for ensuring the wellness and transformation of people as they work towards shifting policies and practices. She describes this relationship as a triad: wellness and transformation as the base, art and culture as one side, and policies and practices as the other. Each side can only exist with the other two. “Any movement for liberation, any movement for progressive social change, cannot happen if the people aren’t well,” Golden says. Cultural organizing is a way to attend holistically to both community wellness and to political change. “The legacy of Highlander is that you can’t build a campaign if you don’t attend to culture,” she continues. “It’s just not possible.”

I may not have previously heard of cultural organizing, but I have certainly encountered the term “activist art” in the academic and institutional waters through which I more frequently swim. Activist art, protest art, resistance art, community-engaged art, participatory art; the list goes on. In its glossary of art terms, the Tate Museum describes activist art as art “grounded in the act of ‘doing’” and that responds to social and political issues. “Activist art is about empowering individuals and communities,” the entry continues, “and is generally situated in the public arena with artists working closely with a community to generate the art.”

Activist art gets a lot of buzz, especially within traditional arts institutions; maybe in the Trump era, we’re in a particular milieu. The Brooklyn Museum is currently exhibiting “Nobody Promised You Tomorrow: Art 50 Years After Stonewall” which commemorates the fiftieth anniversary of the 1969 Stonewall Uprising. In 2017, the Whitney Museum presented the exhibition “An Incomplete History of Protest,” that aimed to “look at how artists from the 1940s to the present have confronted the political and social issues of their day.” The exhibition included material from the Whitney’s archives that recounted artist-led opposition to the museum’s practice—a move of institutional critique that felt self-aggrandizing to me. This is the same institution that was barraged for months earlier this year by protesters demanding the removal of Warren B. Kanders from its board. Last year, the David Winton Bell Gallery at Brown University curated a show titled “On Protest, Art and Activism,” which is, notably, an affiliated program of the Warren and Allison Kanders Lecture Series. Students have been publicly campaigning for Brown to cut all ties with Warren and Alison Kanders since last January. There is endless historicization, theorization, and curation about activist art. So why had I never heard of cultural organizing? What’s the difference?

At its core, cultural organizing embraces the consonance of artist and community. Unlike activist art which, by the Tate glossary definition, distinguishes between the (implied) skilled, trained, and empowered artist and the (disempowered) community with whom they work, cultural organizing recognizes all community members as practitioners of their culture and thus as having the capacity to enact change. People collectively empower themselves. “Cultural organizing is not necessarily related to making art, because culture is bigger than art,” Golden reminds us. Most glaringly, the Tate definition does not consider direct action to be a requirement of activist art. Direct action means the shifting and transformation of tangible policies and practices, such as governance structures, voting laws, and environmental policies. Cultural organizing requires direct action; think back to Golden’s triad, which diagrams “policies and practices” as a key part of the cultural organizing geometry.

I recently had a conversation with a mentor about the shift in organizing and community spaces towards prioritizing affect, feeling, and emotional well-being. Transformative justice, healing justice and emotional justice are all terms gaining traction and recognition within liberal, progressive, and radical spaces alike. But my mentor and I agreed that those things aren’t really new, only the increased discourse and articulation of them is. Cultural organizing is primarily grounded in Black, brown, and Indigenous communities, whose cultures, embodied practices, and ways of knowing are underrepresented, misrepresented, co-opted, and violated by white supremacist institutions and hegemonic knowledge systems. Activist art is a designation most relevant to white people. What is art that is not “doing,” that is not recalling cultural and spiritual practices, that does not address political or social issues, that does not empower? “Activist art,” broadly conceived, seeks to raise consciousnesses—an important and necessary act, but one relevant to certain privileged spaces. In poor, rural, marginalized communities, do consciousnesses need to be raised? Or does the community need clean water and air? Do individuals need equitable jobs and safe working conditions? Do people need to eat? Do they need to express and fulfill their spiritual wellness? Do they need to play, create, celebrate?

In the foreword to The Activist Cookbook, political activist Jim Hightower writes, “I’ve been to many rallies and way too many conferences in my day convened by well-meaning, terribly serious folks truly trying to make a difference. But bless their hearts, someone had removed their funny bones and stolen their creative caps. If we want to touch the hearts and minds of America (and we do) we need to unleash our imaginations, take creative risks, and explore new forms of communicating besides the lecture and press release. Our events should feed the soul as well as the brain, and we should laugh and celebrate even as we speak the truth. As an old Yugoslavian proverb puts it: ‘You can fight the gods and still have fun.’”

Singing is cultural. Singing also invites in. I am not Black, Southern, Appalachian, or from a rural area, and I was not brought up Christian. But at the Highlander Center, singing provoked in me feelings of familiarity, echoes of my own home and upbringing.

ADDY SCHUETZ B‘19.5 sings in the shower every day.