by Kion You & Noah Mlyn 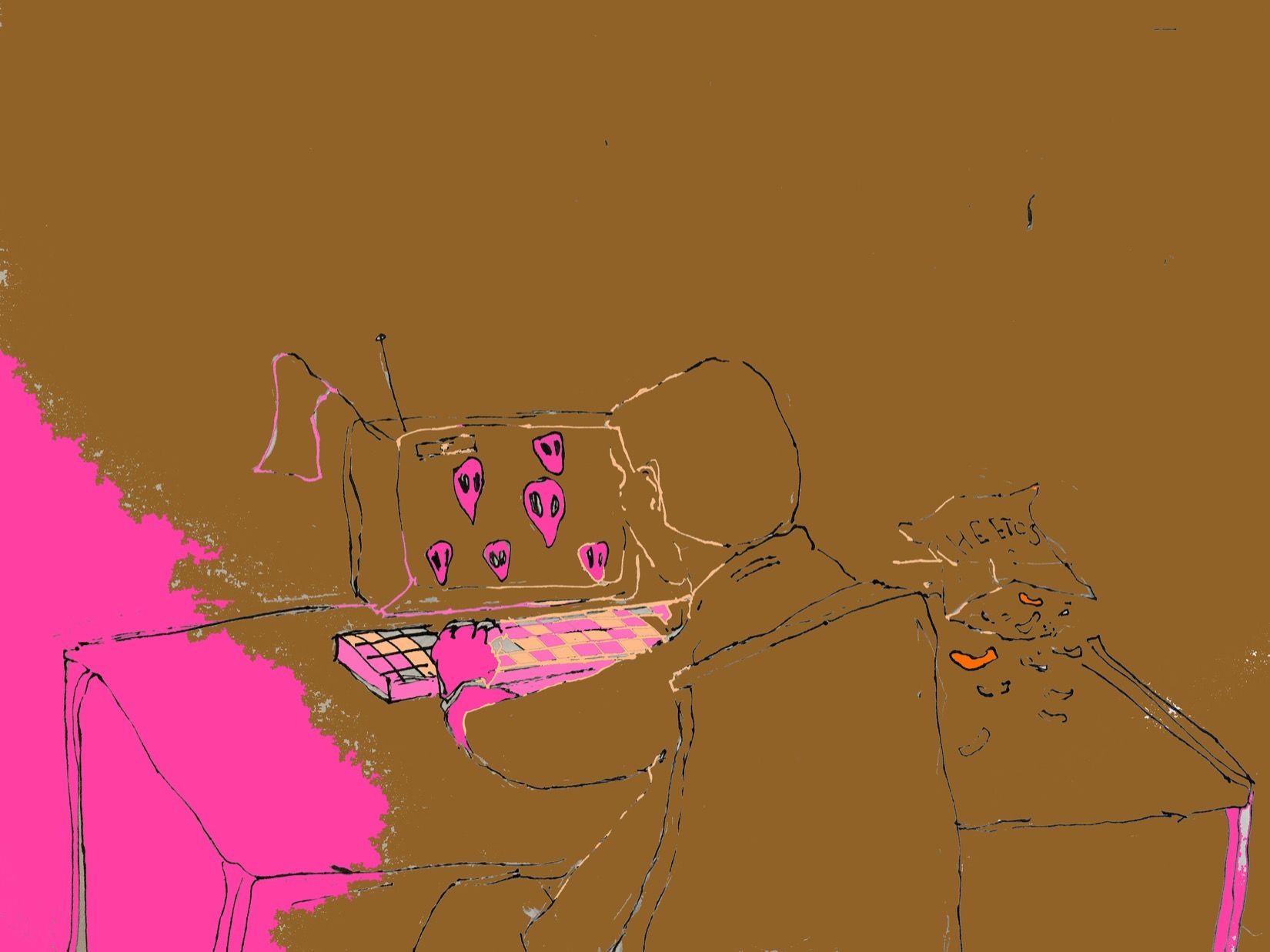 I ONLY SEE ONE RACE: THE HUMAN RACE

To understand Woonsocket’s City Council meeting on Monday, September 16, we can begin by looking at the hearing's conclusion: “I had to look up white nationalism,” Council President Daniel Gendron said, “because until the most recent introduction, by certain people bringing it to the airwaves, I was not aware of white nationalism. That term was foreign to me. But then again, I’m colorblind.” This may be all the context we need: the Council President doesn't even need to point to a black friend, a Central American domestic worker, a vote for Obama, etc.—he just is colorblind, and that's that.

Earlier that night, newly minted Councilmember Alex Kithes introduced a resolution denouncing white nationalism. Kithes’ resolution was commonsensical, and almost comically harmless: “The City Council hereby strongly opposes the terrorism, xenophobia, and bigotry that are promoted by white nationalists, white supremacists, and neo-Nazis, and calls on others in our community with public standing in government and media to do the same.” The members of the Council could raise their hands in agreement and completely forget about the resolution afterward, and no one would bat an eye.

However, to the surprise of absolutely no one, Kithes’ introduction led to a fiery debate with the old, white councilmen, specifically around the term “people of color,” which featured  in the resolution. From all sides of the council hall’s long table, Kithes received a brutal barrage of freshman hazing, “All Lives Matter” rhetoric, a lightly disguised veneer of disgust, and, most notably, a strong dose of white fragility.

“What am I?” Councilman James Cournoyer asked during the hearing after attempting to bait Kithes into pointing out the people of color on the council (there are none). “You see, the issue I have, Councilman, is it drives me crazy when people like yourself put labels out there and refer to people as people of color. Again. What am I? Am I a person of color or not?” (He’s not.)

Cournoyer kept going, unfortunately: “And you refer to people as people of color. And you want to denounce white nationalism and white supremacy. What about yellow supremacy? And green supremacy? And black supremacy and brown supremacy and every other supremacy?” As a yellow person, I am honored that Cournoyer mentions us before the Greens and the Blacks and the Browns, but if I could speak for my people for just one second, I would rather remain invisible and marginalized rather than be in line for future supremacy. Or maybe I just need to adopt white children, live in Woonsocket, and try to see what it's like for myself.

Kithes won a special election for a council seat just two months ago, running on a progressive agenda, and one has to already feel sympathy for him for having to deal with a real life iteration of a Ben Shapiro “FACTS and LOGIC PREVAIL” video that should have never left YouTube. 40,000 Woonsocket residents pay taxes to float the council's salaries, money that could perhaps be better used to help solve Woonsocket’s other issues, such as its high rates of poverty, its deteriorating housing stock, or its lead poisoning problem.

After Councilman Cournoyer said a couple thousand words, Councilman John Ward launched into a tirade about how white nationalism is a non-issue and brought up, almost like clockwork, Antifa. Approving the resolution “would make us no better than Antifa,” Ward said, deflecting the issue as far away from Kithes' resolution as humanly possible. He then stated, “It seems there’s more danger to youthful indiscretions being promoted through modern music and video games and social media.” Ward listed as many things as he could to crowd out the possibility of actually thinking about the number of deaths induced by white nationalism, the professed ideology of domestic terrorists who have caused everything from the Parkland to the Pittsburgh tragedies. He instead chose to rattle off the fallacious notion of deaths caused by people coming off Call of Duty highs and Instagram unfollows, a notion that even Antonin Scalia rejected in the 2011 Supreme Court case Brown v. Entertainment Merchants Association.

To wrap things up, Councilman Cournoyer’s amended resolution denounced all “human supremacy” as well as “the practice of identifying, dividing, differentiating, and categorizing humans” by things like race, religion, or gender. The amended resolution passed 5-2.

The council hearing turned into such a circus that Cranston's Epic Theatre Company reenacted the meeting this past Sunday. Seven actors sat in the same arrangement as the council and did nothing else but read the transcript of the meeting, word for word, as comedic theater. Epic’s Artistic Director, Kevin Broccoli, told UpriseRI, “I realized that what I was reading was actually a stunning piece of theater—and I don’t mean that in a good way.”

The Independent wants to encourage Councilman Kithes to keep fighting. Councilman Cournoyer, somewhere in his monologues, said, “Do we come back next week, two weeks from now and denounce murder? Do we denounce rape? Do we denounce incest?” Yes, we do.

VEGAS, WE HAVE A PROBLEM

Over two million Facebook users may have been surprised this week when they discovered that they supposedly attended an event called “Official Alienstock Tour,” a party ostensibly held in “Milky Way Galaxy” (Las Vegas, upon closer inspection) on September 20. The mystery will endure for these unwitting users until they realize what the event used to be called: “Storm Area 51, They Can’t Stop All of Us.” Though the Independent cannot confirm any reliable timeline of the Facebook event’s evolution, one thing is clear: Following a predictable trajectory for bygone memes, the Area 51 Raid has transformed before our eyes from an ironic, transgressive, discursive symbol into a fossilized Facebook page which boasts a Bud Light sponsorship and links to an online store selling “I Clap Alien Cheeks” T-shirts.

But even with its origin point ruthlessly co-opted and defiled by some lucky advertising executive who had just enough 22-year-old interns to catch wind of the most overplayed joke on the internet, the Raid’s momentum could not be slowed. Although ultimately only 2,000 people—rather than the advertised two million—showed up in the tiny town of Rachel, Nevada on September 20, the Area 51 Raid was not entirely a failure. In the offline world, we have a small but hearty group of middling YouTube influencers and militant conspiracy theorists to thank for answering the age-old question of “Is this thing real?” with a resounding “I guess so.”

While the perimeter of the secretive government facility was not successfully breached, at least two visitors returned home with bona fide criminal records for attempted trespassing, and many more doubtlessly left with new IRL (yet extremely-online) friends and the eternal knowledge that they had actually shown up. This small group apparently included those seeking everything from ‘Good Vibes’ (read: space drugs) to proof of a secret extraterrestrial world order, and were held together only by their brave defiance of Matty Roberts, the Raid’s original visionary, who confirmed that he had sold out to Big Beer and the military-industrial complex by going on NPR to warn listeners that taking his Raid idea seriously would be “dangerous” and “a national security threat.” Finally, while not apparently related to the Raid, the US Navy did confirm last week that several classified videos leaked by former Blink-182 front man Tom DeLonge are, in fact, real videos of Navy pilots encountering “Unidentified Aerial Phenomena,” and that the good folks at the US military actually see UFOs all the time. Raid or not, we will now sound significantly less paranoid when we admit what we’ve all been thinking: aliens are real, and they’re probably here already.

The Raid’s semiotic legacy is somewhat more complicated. In the weeks leading up to September 20, alienand Raid-related content reached a level of ubiquity on Twitter and other platforms that is rare even for the most viral internet jokes. Many users got carried away. The Department of Defense, for example, had to issue an official apology after one of their sub-departments tweeted a picture of a fighter jet with the message that the warplane would be “the last thing #Millenials will see” if they got too close to Area 51. Also among those who showed their true colors via Raid content were the posters who pivoted to joking about “my alien” whom they would receive (kidnap?) upon entering the Area and, of course, become intimate with.

As the small but determined group of red-pilled adventurers, paranoid furries, and other national press-corps members milled about in the Nevadan desert dawn, “They Can’t Stop All of Us” seemed to echo through the dim, crowded halls of the internet, causing people to stir from their ironic slumbers and almost wake up to the potential of an actual mass movement. By September, the joke format began to sour and stew in our timelines, but it persisted between news alerts about inhumane conditions in migrant detention facilities, leading one Twitter user to muse: “I don’t see a way to interpret the Area 51 raid jokes other than a subliminal reaction to the camps.” Even as the Climate Strike was announced for the very same day as the supposed Raid and the meme finally lost steam, the idea of an action recklessly confrontational enough to capture the panic and urgency of our time seemed to haunt our discourse. Of course, by any clear-eyed analysis, a little Pentagon-funded alien experimentation should be pretty far down on the list of targets for mass-based organizing. But if a sarcastic Facebook event can convince hundreds of Americans to drive across the country with vague plans to face down heavily armed guards with nothing but camcorders and childlike curiosity, imagine what we could do if we put our irony at work in the service of humanity.