Stuck in the Tape Deck

If the mediocre 2013 Arnold Schwarzenegger action flick The Last Stand had been released in 2004, the DVD would have been available for rent in over 9,000 Blockbuster Video franchises across the world. In 2013, that number would have been closer to 1,400. Today, in April 2019, Blockbuster itself is making its proverbial last stand, with its once-continent-spanning empire shrunk down to a single outpost, following the folding of its last Australian location in March. The company once accused of killing the movie theater now finds itself on its own last legs, with one small, final torch held high in a Bend, Oregon strip mall.

This last, lonely Blockbuster has clung to life through a renegotiated licensing agreement with the DISH Network, which bought all the remaining Blockbuster locations after the company declared bankruptcy in 2010. While corporate support is no longer provided, DISH has let franchised locations attempt to go it alone, trying their luck in the dicey, but ever-growing nostalgia market. For a time, these fringe franchises held on: In 2013 Alaska still boasted 13 Blockbuster locations. By 2016, however, that number had shrunk to nine, and by August 2018 the frozen north, too, had lost all of their franchised locations. Even celebrity intervention, the great American deus ex machina, couldn’t save the Alaskan Blockbusters, when in a deeply confusing but surely well-intentioned move, John Oliver purchased Russell Crowe’s leather jockstrap worn on set in Cinderella Man (2005) from the actor’s “divorce auction” and donated it to the last Anchorage location. While the jockstrap was allegedly worth nearly $7,000, its intended use as an in-store showcase seems more fit for padding trivia questions than saving a dying business. Nonetheless, it’s always good to know someone cares.

Following the fall of the Alaska location, the penultimate Blockbuster, next to shut its doors, was also far flung across the Pacific, renting out videos at the ends of the earth. At the end of March, sales stopped at the last Blockbuster in the suburbs of Perth, Australia, and the final Blockbuster down under, went down under. Perhaps at this point it would be appropriate to clarify, puns notwithstanding, that the Indy finds Blockbuster’s slow death deeply saddening, and not merely as a gasp of sentimentality. As noted by Lyn Borszeky, owner of the last Australian store, Blockbuster played a genuinely important role for “film lovers who had no or poor internet connections, and seniors who found the new technology too complicated.” Even for those of us who didn’t rely on Blockbuster for such concrete needs, there is something important we lose by the death of physical video stores, and the discoveries and memories they created.

There is, however, a glimmer of hope. Despite the rapid rise and fall of the mother company, the Bend location shows no signs of closing anytime soon. Due both to the ethos of “pure stubbornness” espoused by general manager Sandi Harding and the booming cultural market for Y2K nostalgia, the floppy disk– wielding strip mall spot has proven that it has life in it yet, turning its supposed obsolescence to its advantage. This embrace of its role as a lost slice of the early 2000s, from the popcorn ceilings and yellow/blue coloration, to rows and rows of un-updated shelves stocked with titles like I Am Legend and Galaxy Quest, reveals not only fierce loyalty to the memory of what Blockbuster once was, but a highly tactical awareness of the marketing power that same memory holds. A variety of merchandise branded with the slogan “The Last Blockbuster on the Planet,” including Sandi’s hand-knit beanies, have regularly sold out as tourists from all over the country, and the world, come to Bend to snap selfies and pay respect. Regardless of where the Blockbuster saga leads, those working the Bend location intend to keep their tape reel business records spinning on as long as they can—we may have some time yet before the last Blockbuster goes round the bend.

Can the Walrus Speak?

Have you seen it?

Flippered mammalian behemoths, flailing as their bodies pound against jagged rocks. The creatures make a taxing journey up a precarious cliff, only to fall in a tragic miscalculation. There are hundreds of walruses, and while not all of them fall, the bodies of the ones that do—750, according to the director—pile up at the base of the cliff, bloodied and bloated. After months of feeding on clams on the seafloor the walruses need to find a place to rest. Lack of sea ice due to warming oceans forces them to travel hundreds of miles until they’ve reach the fated cliffs.

This incident aired on Netflix’s original nature show, Our Planet. While the show is narrated and filmed in the same style as the popular docu-series Planet Earth, Our Planet sets out to highlight the destructive effects of climate change rather than just showing polar bears cuddling. The show’s website argues that “if we act quickly, we have the knowledge and the solutions to make our planet thrive again.”

The scene has gone viral. Inserted between shots of walruses plunging to their deaths are cuts to the scientists and film crew expressing their shock at the carnage. Dramatic music plays while the walruses fall in slow-motion. The sight of the walruses hanging on the edge of a cliff recalls an action-adventure blockbuster, complete with quick edits between the faces of bereft humans and the flailing of hopeless pinnipeds. It’s a perfect soundbite—another nugget of slickly produced climate porn. But is this twisted eco-erotica a necessary tool to bring climate justice into the public discourse? Or do we need soundbites to inspire action?

Netflix, as an entertainment company, is primarily motivated by generating profit from distributing and creating engaging media, and in doing so the multi-billion dollar streaming giant has radically changed the way people consume media. Their content targets the individuals’ specific preferences, promoting binge-worthy and easily digestible material.

So then what does it mean for Netflix to produce an environmentally conscious educational series as commercial media content? Netflix’s commercial motivations necessarily conflict with any altruistic desire to spread the word about our warming planet. Insofar as capitalism reduces all experiences into commodities, our empathy and will to act upon our deteriorating environment is conditioned by the prerequisite economic transaction necessary in order to watch Netflix. In other words, in order to maximize profits, Netflix sensationalizes our climate crisis, dulling our sensitivity to the other effects of climate change that just aren’t as sexy.

But even if we’ve commodified the walrus, maybe that’s not entirely bad. The walrus clip has engaged millions of people—likely in disgust and horror—but still perhaps prompting some to realize the precarious plight of the walrus. That brings up another question: Is the only way to engage the public with an issue to find a clip so overpowering and abrasive that it has the ability to worm its way into our social consciousness? If not for the walruses and their deaths, would anyone be speaking about the sea ice at all?

And now think of us, your humble writers. Perhaps the only reason we felt this was worth making into a Week in Review was because a friend of a friend shared a two minute YouTube video. As we write our two-cents cultural critique, we fall prey to what we speak against: sensationally commodifying the death of the environment.

(The Indy writers look to each other uncomfortably.)

We are the Indy and we speak for the walruses.

For Kevin by Aayushi Khowala 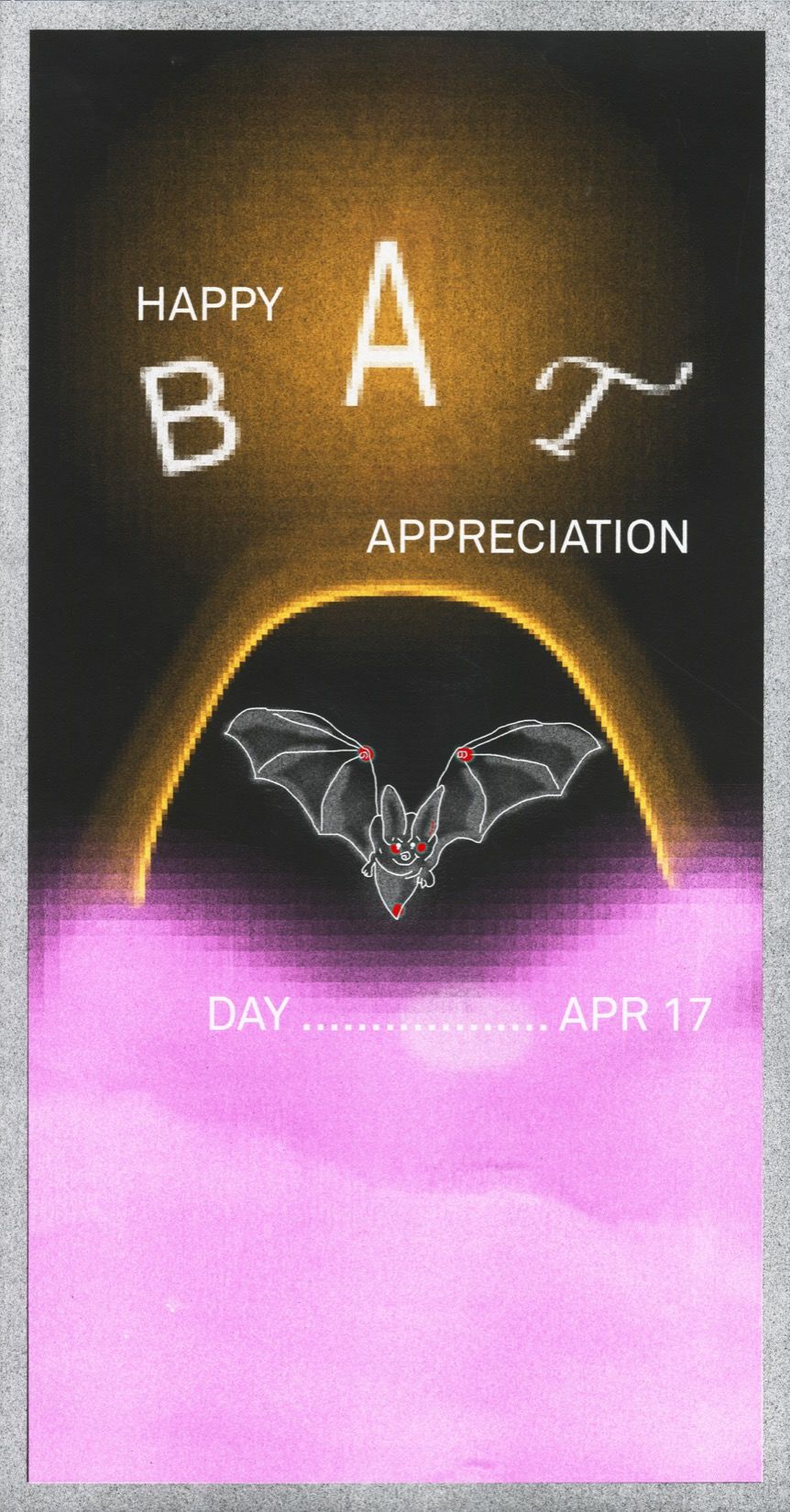