I Need to Worry Less About You

an interview with Miranda July 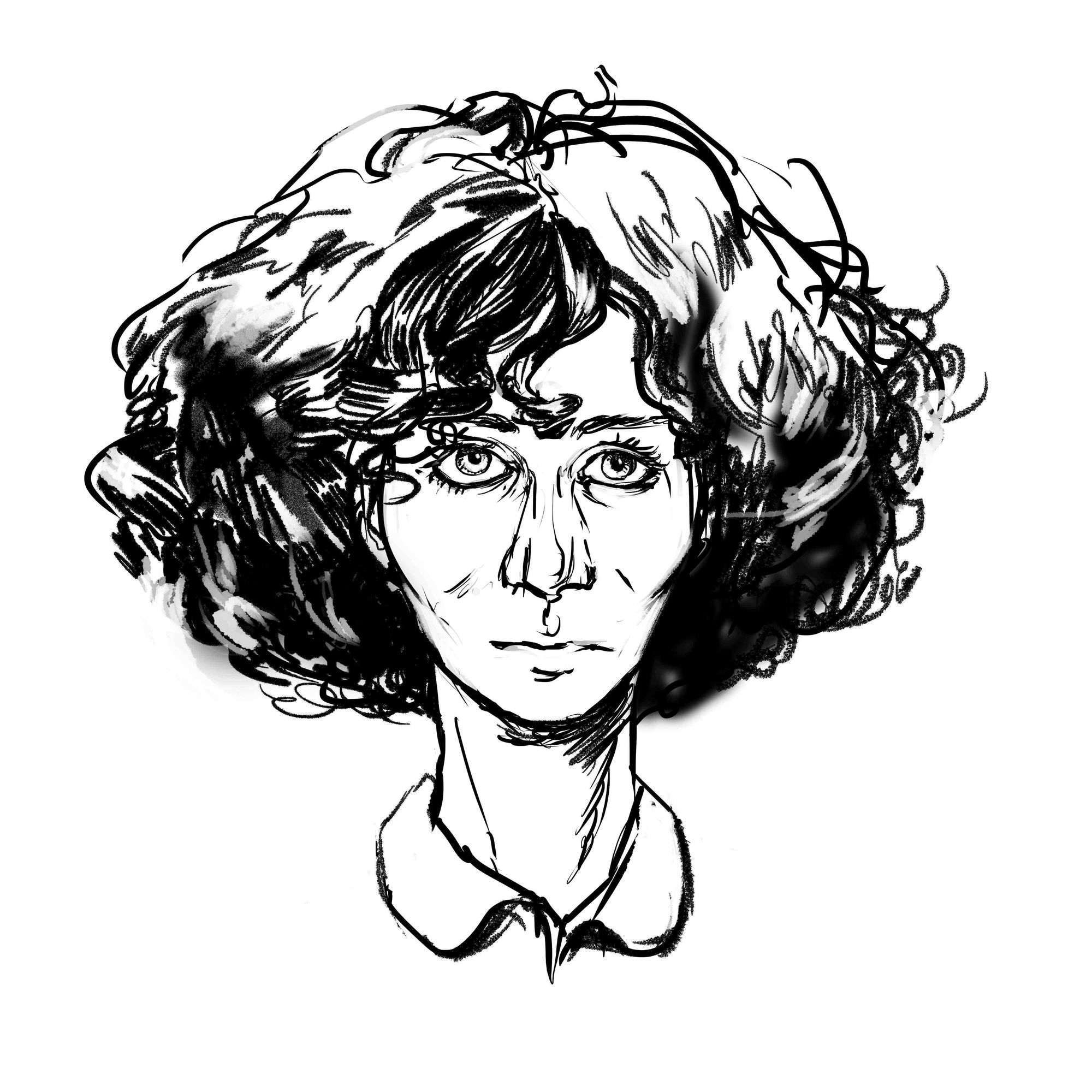 Miranda July is a multi-disciplinarian working as director, actress, visual and performing artist, and writer.  She has a digital art piece currently in progress, “We Think Alone,” commissioned by Swedish museum Magasin 3. “We Think Alone” features ten subjects—among them authors Sheila Heti and Etgar Keret, fashion designers Kate and Laura Mulleavy, and actress Kirsten Dunst—responding to topics given by July. Each subject selects an email from his or her sent folder appropriate to the topic provided. Each Monday morning since July 1st, these themed emails have been collected and sent out to everyone on the “We Think Alone” mailing list. The piece runs until November 11th and signing up is a quick matter of giving and verifying one’s email. If you’ve ever wondered what Kareem Abdul-Jabbar’s electronic correspondence looks like, this is your chance (though most of his letters look to be done through a press agent).  Some messages are to intimate friends, others to strangers. Theoretical physicist Lee Smolin this week apologizes for missing someone’s phone call. Which is to say that responses range from immense to comparatively little voyeuristic interest. I called July promptly at 3:15 PM Los Angeles time. We talk here about her previous work, her current work, touch briefly on a past therapy session, and end on collections.

The College Hill Independent: Your book It Chooses You is a collection of interviews. I was curious in starting off this conversation whether or not that project changed your idea of what the interview as a form is and similarly what it means to be an interviewed subject.

Miranda July: I knew I wasn’t that good an interviewer before I did that. And it only confirmed my respect for the people who interview me and make it look so easy. It’s actually not. I felt like my questions were so simple. I always felt so clumsy. Which is partly why there’s a lot of explaining afterwards about what I was noticing, because I couldn’t always draw that out in the moment of conversation.

The Indy: I know as well that the process of writing that book was influential in the making of your feature-length film, The Future. As you work across disciplines, do you feel at all like you’re exercising the same skill or a similar set of skills between mediums?

MJ: In the largest sense, it’s all the same. It’s the creative process of being loose enough to have ideas but disciplined enough to have a practice—that’s the same in all of them. But some of them are very social. And that’s always the hardest for me, whether interviewing the people or being a director on set. And then a lot of what I do is so solitary. Most of the projects involve being alone and writing at some point. I like that. That difference feels necessary to me in a way, that I’m not always sitting alone and that I’m not always dreading the challenge of interaction. I dread it and it also charges me up.

The Indy: That you mention being alone and the difference between social and solitary ways of art-making is interesting. Would you describe your current e-mail piece, “We Think Alone,” as a social or solitary work? It seems to synthesize both elements.

MJ: Yeah. For me, it’s social in the fun, removed way that email allows. In that it’s like I’m throwing a party but I don’t actually have to be at the party with all the people. I just invite them and kind of introduce them to other people, sort of like a host. What I love about it is that you really see the people thinking alone. You don’t really see the relationships, you just see the moment where they’re grappling with their side of it. It was a nice respite from my novel, which I’ve been working on the last couple of years. Ultimately, that’s more of a lonely project.

The Indy: Most of the press for “We Think Alone” has focused on the formal conditions of emailing. But in your own statement, I thought that the most immediately compelling phrase was “art of privacy.” How do you mean that?

MJ: I think about Lena Dunham, who is beating everyone to the punch in terms of exposing herself. She’s of course not exposing everything. She’s doing it in a specific and very powerful way.  But that’s in such contrast to a more classical actress—like Kirsten Dunst, who we don’t really know anything about. Usually that’s more how it is. These actresses are supposed to be blank slates and that’s how you make a career, by other people writing for you. And then, of course, we’re all deciding how much to put up on Facebook and how much to tweet. Has something really happened if it wasn’t Instagrammed? Whether or not you’re being surveilled or feel like you’re being spied upon, you’re actually negotiating that everyday anyways. You’re making choices about that. So it seemed like a poignant time to point at the simple ways people are sharing themselves, but in a way different from all of the exposure that we’re used to seeing.

The Indy: The title “We Think Alone” seems to suggest the question of whether or not you see yourself, in this, as trying to approach something like thought.

MJ: I guess I was thinking mostly about how email is not a simultaneous conversation. I think I Wikipedia-ed “email” the way you do when you’re trying to look at all angles of something. Like—“What is email?”—you know? It emphasized that lack of simultaneity. That struck me about it.

The Indy: In your work there seems to be a definite ethic of one’s self in relation to others. I notice you use second person and first person plural often in your titles—It Chooses You, No One Belongs Here More Than You, as well as Me, You, and Everyone We Know.

MJ: I think in the simplest sense, titles are these signs that invite people in. Ideally your sign would be just a mirror, so that people would be like “Well, I’m interested in that, in myself. That must be the book or movie for me.” And “You” is the word that does that. Not totally consciously, but it always seems like a good title when it has that word in it. “Oh, well that has a certain ping to it.” Now, of course, I try not to do that. And also—I remember there was a therapy session where my therapist said something about focusing so much on what the other person is feeling and not on what I’m feeling, focusing on you rather than me. I thought, “Ah, I have all those titles...” Maybe I need to worry less about you.

The Indy: How important do you think it is that this piece was commissioned by the museum Magasin 3? This work seems to be entirely without place, which is true of digital art generally. There are venues and archives like Rhizome.org, but location and occasion are often lost or obscured in such pieces.

MJ: Magasin 3 is involved in the sense that the people in charge of mailing out the emails are in Stockholm. I email them every week, triple-checking, working with a woman in Stockholm who works with the museum. I guess I like the fact that, yeah sure, most people won’t even notice that it was a piece that was part of a show—but because that show’s specific mission was to not revolve around the gallery, but to be more ephemeral, I thought it was smart curating. Yes, this is part of the show, but this part of the show is in people’s inboxes. I guess I personally like that. I like that way of thinking about art and art-spaces. It seems that, increasingly, you can have the experience of a museum and not live near a museum. A lot of people don’t live near the interesting places where they want to go, and they don’t need to necessarily. I like that about it.

The Indy: It seems to eliminate certain social aspects of the museum. The floating context is more akin to something like a book. The experience of it is immediately subjective.

MJ: I love going to a museum more than anything. I guess I love the idea of museums sending things out in the world. It is like a book, except that it goes right to you.

The Indy: On books—I know you collect errata, book corrections.

MJ: It’s a very passive collection, because I just have to come upon them. Now and then I do, and it’s always really exciting. I’ll yelp and go put it in my folder that I’ve had for 25 years but still only have 12 or 15 in there. I’ve found some nice ones and see no reason to stop it. It’s not going to overrun my house.

The Indy: I’ve only ever found one myself, in a textbook. It seems like you have to have a book with a direct, practical purpose. It makes no sense to correct a piece of fiction.

MJ: I did…Do you know a subscription-based art project called The Thing? All these artists make objects and they produce the objects. You can subscribe and receive the objects. They’re doing a book, and so I had to figure out what my contribution to this book would be. And I made an errata for it. But a correction suggests that something is a typo, then provides a correction.

The Indy: It’s recursive, in that case.

MJ: Yeah. It’s actually wrong. It creates a mistake instead of fixing one.