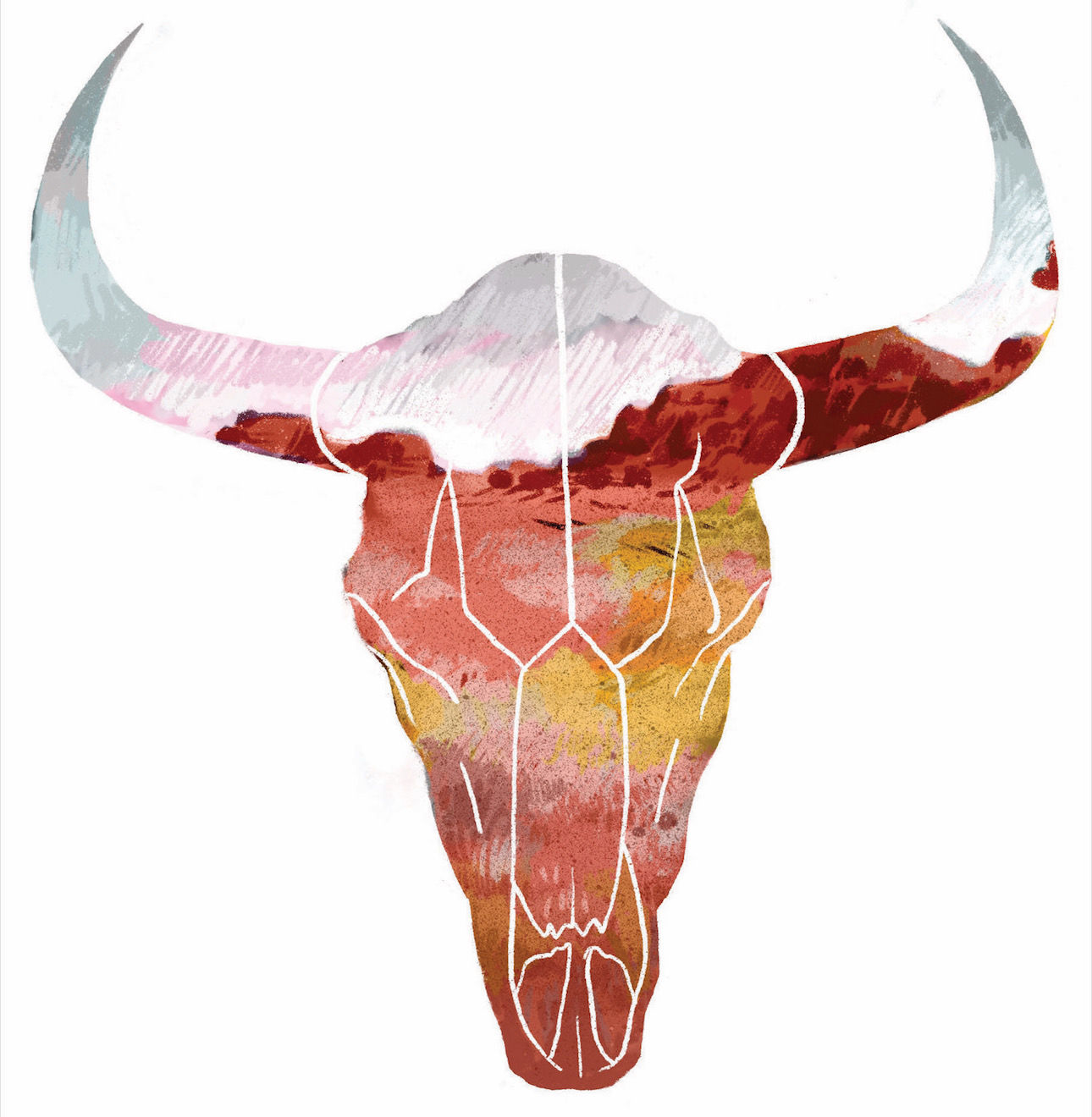 I thought Llewellyn was the most beautiful name in the English language. At least, that’s what I told my mother at seven o’clock on a Tuesday night after I got my teeth cleaned. I always managed to wind up at the dentist when I visited California during breaks. I was laying there, fluoride over my lips and breathing through my nose, or attempting to. My mouth, limp and open for so long, felt detached from my face. I became aware of my tongue, that slug-like piece of pink, dormant in the cave of my face, and all at once I didn’t know where to put it. Do I keep it stuck to the top of my mouth? Or do I let it press the back of my bottom front teeth, against the fluoride retainer? All these movements, all this swimming through the concoction of saliva, fluoride, and the vague tastes of bubblegum tooth-cleaner, felt very linguistic, if that makes sense. I sat on the green vinyl of the dentist’s chair, forever staring into the fluorescent harshness above, and silent sounds of syllables of la and wa and in and ar tumbled through my mouth. I choked on a bit of fluoride, and my eyes watered. It all seemed very natural, these sounds, these words, and I moved on to read off a mental rolodex of names I liked. I paused on Llewellyn—Lawellen Lewallen Lewilin Llewillin Llewhelyn—and it sounds weird and self-obsessed, but I likened it to my own name, Katharine— Kathryne Katherine Katheryn Catherine. Catheter. Nine letters, three syllables, and a particular lengthiness.

I was pulled to the waiting room by an invisible string double-knotted around my waist—I had to tell my mother. I just needed to share the name. I had to say this really glamorous, Tinseltown name out loud. I wanted to write it with chemtrails in the sky. Looking back, I wish I had scribbled it down on some real estate notepad and passed it to her instead. You need to see the sorta smooth double L’s and the wild, zig-zag W and the crooked weirdness of the Y. The craziest part is the N, I was thinking, and it’s my favorite. Writing the name down lassoed the wild edges into simultaneous smoothness, and the repetitive loop-motions of the hand were almost meditative. I asked my mother if she liked the name.

Yeah, but no one could spell it, she said. He would be bullied.

I paused, envisioning a disheveled, feral me with mythic son Llewellyn in a Babybjörn.

Now, I am looking for a Llewellyn, and I’m wondering if you still know him. The last time I saw him, he was walking down the 5, at the Orange Crush interchange, walking with a click click click of his boots. He is quiet and tall and looks older than he is, but he is not scary, in the way men can be. Llewellyn’s got this tragic-sentimental-folk character look—maybe a bastard, born-in-the-desert child of Joan of Arc and Harry Dean Stanton. That analogy was sacrilege. The bones in his face are hard and delicate; sometimes, in a light, he looks like he takes himself seriously. And he wore that coat you hated so much because God, it is so blue, you said, and I leaned back into the crook between the car-seat and glass window.

Llewellyn, supposedly, was devoid of any mumbly, self-conscious practices that hit us mid-twenties. When walking past converted lofts, he never looked in to see what his neighbor’s brother was watching on the TV. He didn’t hesitate about the blinking oil-change light on his dashboard, didn’t cover it up with a Bart Simpson sticker either, and he never lingered where he wasn’t wanted. Llewellyn kept his dreams from last night to himself, unless that topic was relevant, and he would smile kindly and repeat his name after that secretary asked, so how many L’s and E’s? He smelled like patchouli, bergamot, and sandalwood, naturally. He was deliberate, sensible, genuine.

On a Saturday, I will write down ‘Llewellyn’ on rich-boy parchment paper to mail to his Halifax house, but I know that he’s long gone. A Mormon family lives there now, and they’re planning to remodel Llewellyn’s pink-tiled bathroom. It’s the bathroom that we would all wow and ooh at when Llewellyn showed us the Craigslist pictures. These plants hung from the bathroom ceiling; his journalist colleague gifted him monsteras and peace lilies after he married that ex-countess from his liberal arts college. I don’t know if Llewellyn threw away the plants when he disappeared or left them browning for the next residents to find. But the way that Llewellyn would forever play worn-down Neil Young tapes, even reeling demos and slow b-sides, in that old car, it makes me think he brought the plants with him.

Talking about Llewellyn so much—and it’s not that I’m in love with him, or something—naturally makes me think of you. Before you and I divorced, we split up our book collection. I took Franny and Zooey, which you had never returned to the Gardner stacks, and you took my water-stained Jane Eyre. I don’t know if I am just being crazy, but I swear that Jane Eyre was Llewellyn’s. I haven’t even finished it. I only remember Jane hitting rock bottom, sobbing at the side of the road, before she’s taken in by that family. I remembered one morning, walking to the supermarket, that if you opened the front cover of that book, you would see the double L’s, the ‘ewe,’ the ‘well,’ and that shocking, final N in fancy fountain pen ink.

You also took the Eames chair, the fake one. I tried to scrub out the mark it left on the floor, but I ended up just covering it with an IKEA rug when my older brother Robby and his girlfriend came over for dinner. The plans and night were all very complicated, but somehow twenty other people and then you were there, too (Llewellyn was not). I spent the entire evening losing my mind over how you were going to get a J.D., and I was still the same, at my apartment, no Llewellyn, etc. I felt nervous looking at you in the eye, like I had some horrible zit on my face. By the time I stepped outside, my ears and ego felt as thin and fragile as salted potato chips in the cold December air.

And for a really long time, I haven’t known what to do with my hands. It has been a shaky, tenuous line between discomfort and lethargy. Sometimes, in pictures, I’m thinking of that specific one in the bronze frame on top of my mantelpiece, I would hold my own hand, knotted like a Christmas ribbon. My fingertips red, stray pen marks on my right knuckle. My hands insecure and almost prayer-like. One night, though, I was looking at this photograph, the one where you were in the distance walking through snow, and I was sitting on that park bench, and I saw that my left hand was open. It was still on my left side, lying there, not anticipating anything, but just free. I turned the picture frame over, and this vision of Llewellyn came to my head—it might have been just me, fading in and out of sleep on my creaky sofa, closing my eyes to one quiet song and waking to another—but I swear his hand unfurled in front of me. This image totally conquered my mind, this disembodied, single hand that was so recognizably Llewellyn’s. I looked at the wrinkly dryness of flesh all evening, as if some adored film was being projected onto his palm. And I fell asleep with my hands open that night; I must have looked like I was dreaming about holding very light dumbbells. The next day, I walked to work with my hands free. I didn’t cling on to a canvas tote or secure them in my coat pockets, but I just let them swing by my side. I imagined each palm, flashing and turning back and forth to the rest of the street as I walked down 14th street, to be my and Llewellyn’s own secret code. My palms were dots and my knuckles were dashes, and this secret scrawl swam through the trees.

It was in high school, after I split the skin of my knee wide open by falling on a curb, that I sat in the nurse’s office for an hour-and-a-half because they forgot about me. I kept looking into my stretched out, ridiculous reflection in the chrome bars of the nurse’s flimsy cot, and I saw Llewellyn in the corner, glancing back out at me with a hard stare. Was this guy Llewellyn, though? Or was it Willem? Or Forrest? Or was it just me, mixed up with all of them? At the time, I thought he would not have lingered in that office, hoping to skip biology. Looking back, though, I can’t remember the figure. It’s blurry and watery, and it is tiring to keep questioning, so I tell myself it was Llewellyn. He even sat right next to me, age six, as I was being filmed for a Skippy peanut butter commercial. By the time the gaffer-taped camera rolled around, hesitating for me to espouse the joys of Skippy peanut butter, I stared into the blue screen and decided memorizing lines was not for me. I didn’t walk out, but I was walked out after looking at the cameraman all wall-eyed. Llewellyn stayed in the recording room, and I crossed my fingers he said my peanut butter lines for me.

The point of all of this, all of what I’m divulging to you, is that I was back then, and still am looking for Llewellyn. I guess it drove me kind of crazy, juggling thoughts of Llewellyn and everyone else. I remember switching on the kitchen light after coming home from work and being so struck with how domesticated my life was. I had a pots and pans set, and a family heirloom piano stood demurely in the corner of the living room. I owned a vanity table for the first time in my life. I thought Llewellyn was there, talking, happy, when I looked at you. The whole thing, me being unfamiliarly still, unmoving, and in effect, Llewellyn being harder to reach, was like walking barefoot on hot pavement. I had two feet, each of which were burning, and I frantically looked for shade. I peered up and couldn’t recognize myself.

I am now sitting in the driver’s seat of a 2007 Subaru Outback. I’m at the gas station thirty minutes off the 5, the one you threw up at post-tuna sub because you were nervous about the toast you needed to make at that tacky Richard Nixon Library wedding. It’s dry out, it’s earthquake-nosebleed-fire-rattlesnake weather, but as I go back on the barren, lonely part of the freeway, it starts raining real quiet. And I even see that Llewellyn’s over there, right there, past that tree and to the left of that sign. He’s where I pridefully play blind man's bluff, where I can hear the click click click of his boots, where I can shakily draw the cobalt line between awake and asleep. He’s crouching really primitively there, his spine showing through his back, catching the rain on a highway with one of those Georgia O'Keeffe cow skulls. And as my hands clench both sides of the steering wheel, I can feel the top of my spine in the back of my neck, but I think, I can’t understand him the same way I know you, my mother, or even anyone else. He’s rambling in my head, but at the same time, I like to completely and wholly believe that I can see Llewellyn in my rearview mirror, standing very still, completely silent.