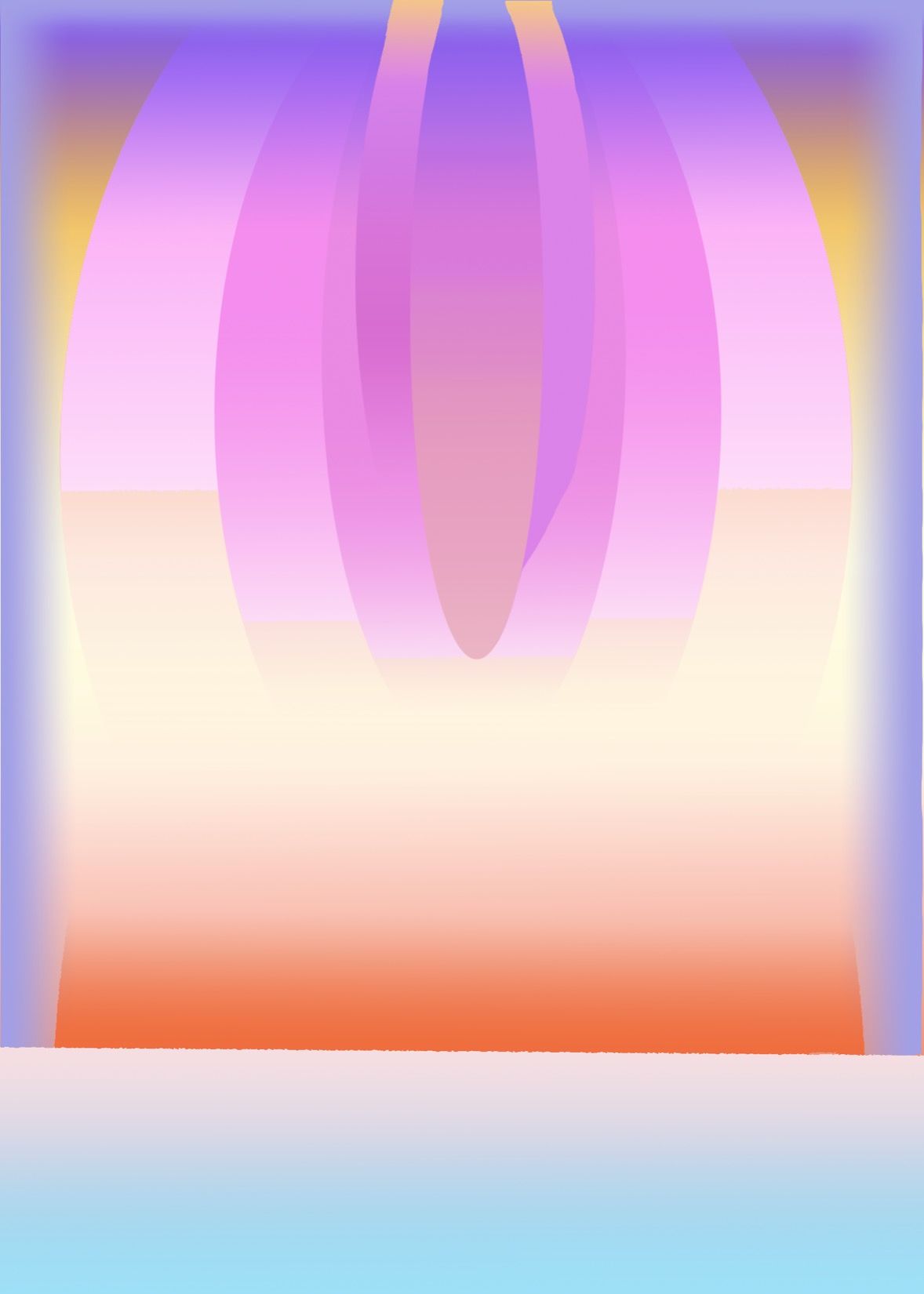 Imagine this: a spacious, vibrant dining hall fills with an ensemble of chattering individuals in minimal dress. The guests, comfortable and composed, merrily toast each other and soak in the good company, their bare bodies mingling about in the relaxed atmosphere. Surprisingly enough, I am not referring to Thomas Couture’s Romans During the Decadence, which currently hangs in the Musee d’Orsay, but rather to a real-life restaurant just a few metro stops away. It's just another night at O’Naturel, Paris’ first and only nudist restaurant. Since its official opening in 2017, O’Naturel has attracted waves of local diners and devoted tourists, all eager to ditch their pantsuits for their birthday suits before chowing down on regal spreads of duck foie gras and escargot. However, despite the establishment’s best efforts to put (bare) butts in seats, owners Stéphane and Mike Saada recently announced that they’ll be shutting down permanently due to “financial reasons.” This month, after just a year of hosting foodies who like to let it all hang out, O’Naturel is set to close its doors for good.

Fortunately for social nudist enthusiasts, O’Naturel’s brief standing among France’s finest eateries is by no means a sign of regression within the greater naturist movement. On the contrary, social naturism in Europe appears to be on the rise, which has resulted in a much broader clientele base within the otherwise uber-niche nudist industry. In France alone, reports from self-identified nudists have risen over fifty percent since 2014, and membership to the French Federation of Naturism exceeded 2.7 million this past year, more than enough people to fill the halls of a single nudist restaurant. It’s surprising, then, that even with the recent surge in nudist “buffs,” O’Naturel—five-star reviews and all—found itself struggling for business. C’est la vie.

Nevertheless, new nudist-friendly spaces continue to spring up across France. The Bois de Vincennes park in Paris recently set aside a generous portion of land for the naturist community in order to be more “open-minded” towards its guests and their practices. It is precisely this abiding acceptance of unclothed expression that contemporary naturists so passionately strive towards. Historically, public nudity has been regarded as a socially unacceptable (sometimes even illegal) practice, and to this day, nudity is often considered synonymous with vulgarity and sexuality. According to naturists, however, going clothes-less is nothing to be ashamed of. In fact, they argue that living a clothes-free lifestyle boosts people’s confidence and obscures typical indicators of socioeconomic status. In this way, by stripping down and hanging out in parks, restaurants, and wherever they’re welcome, naturists hope to shatter the stigma surrounding nudity and encourage people to live life more freely—both in the figurative and physical sense. In the context of a high-end dining establishment like O’Naturel, the naturist philosophy makes a lot of sense: it allows diners to turn their attention away from the latest styles to focus more on enjoying the food and company. Even a first-timer at O’Naturel expressed that, while dining bare, they were “very comfortable and at no point [felt] awkward to be naked.” That’s a mission accomplished in my book.

While outdoor spaces have served as nudist sanctuaries for decades, indoor business ventures such as  O’Naturel and NaturistBnB, an alternative AirBnB site for the clothing-averse, are still an emerging trend. Like the Bois de Vincennes, these new establishments hope to expand cultural opportunities for the naturist community and normalize nudist practices within society. Indeed, O’Naturel itself was designed so that nudists of all levels could participate in everyday acts, like eating dinner, without having to leave their “natural” element. As is the case with any social crusade, it’s difficult to judge what direction the social naturist movement will move in next, and whether or not the nudist restaurant industry will be revived. But if naturism continues to grow at its current rate, we could all find ourselves “feeling the breeze” just a bit more in the near future.

Looking at you looking

Last Sunday, Brooklynite Sean Caffrey announced to his 200 or so Twitter followers: “I feel like I broke this story on my Instagram.” The attached image was of a squared-off piece of sky, obstructed in the corner by the tip of a construction crane, some scaffolding, framed within two walls that glowed an eerie blue. “He’s closed it down.” The tweet understandably caused panic—with the government newly reopened after the longest federal shutdown in history, what in the world was he up to now?

To the relief of many, he was not Trump and it was not the government (again). But Caffrey’s breaking news was no less dystopic and shook the bedrock of a system that is no less bureaucratic. The art world was thrust into a frenzy by the next week: famed light and space artist James Turrell had ordered the shutdown of his Meeting installation at MoMA Ps1, a contemporary art space in Queens. Meeting was one of the many Turrell ‘Skyspaces’ spread across the world as “specifically proportioned chambers with an aperture in the ceiling where visitors may view the sky.” The scenery is to be unperturbed, “dull but extraordinary” as one critic wrote. Turrell’s nebulous goal has always been to show us how to see. But as images like Caffrey’s surfaced this past weekend, something seemed awry: his sky had been cut through by cranes and scaffolding across the street. This obstruction, though more in line with the daily scenery of New Yorkers (when they do look up at all) was not what Turrell wanted us to see. The sky as he knew it was broken, so he ordered a shutdown. By Monday, it was closed to the public.

At 76, Turrell’s popularity is unfettered, and currently fuels the long-time stand-off between rapper Drake and rapper-turned-cultural maverick Kanye West. This past December, West uploaded a screenshot of a phone call with Turrell, coming in at 3 minutes and 8 seconds. It sent social media into a frenzy, with media sites wondering about the implications of this “pointed flex” (towards Drake). Three years prior, Drake had debuted his music video for “Hotline Bling”—wondering why he left the city bathed in the light of Turrellian panels. The LA artist issued a forthcoming statement upon realizing he’d been ripped off: “(I’m) truly flattered to learn that Drake f*cks with me.”

This past December, West gave Drake a literal run for his money: while on an “art pilgrimage,” West met and talked with Turrell, subsequently donating 10 million dollars to fund the artist's Roden Crater project which was first conceived in the 1970’s and has been in progress since. Aside from the generous donation, the situation is not unique to Kanye—each year many embark on “art pilgrimages” to immerse themselves in Turrell’s ouvre, usually large  glistening, modular land installations set on barren, imposed-upon lands. They provide us with new, if idealistic, senses of perception. This overarching philosophy—we cannot just look up at the sky, we must look through Turrell’s geometric, warmly colored vantage point—is not unlike that of his stalemate across the street. The construction that prompted Meeting’s shutdown comes from two residential towers being built to replace the former 5Pointz graffiti mural space across the street. In 2013, an artist collective sued Jerry Wolkoff, the building’s owner turned developer, for whitewashing the walls overnight with plans to build luxury apartments. 5Pointz won that case but the plan has evidently been reupped: Wolkoff issued a statement to MoMA Ps1 asserting that construction should be completed within six months, with the scaffolding in question to be moved by the end of the week. The faster the luxury apartments rise up (and 5Pointz is chased out), the quicker artistically inclined New Yorkers like Sean Caffrey can experience Turrell's museum bunker and ponder about space, time, and existence.

If all goes as planned, Turrell’s Meeting will be on view before this issue of the Independent hits the stands. Turrell’s artist statement asks: “what are you looking at?” To which he answers, “you are looking at you looking.” If this is so, Meeting’s slight altercation this past week might have been the most successful Turrell piece yet, breaking the barriers between Turrell’s idealistic innerspace and our urban reality. When we walk down the streets of New York, especially in Queens, we see iterations of Turrell’s quixotic vision everywhere. They block the sun and cut through community gardens—for the indefinite future, we are barred from Turrell’s square-cut piece of sky, but rest assured we are welcome to the rest of the blue expanse, obstructed or not.