What I Learned At Home 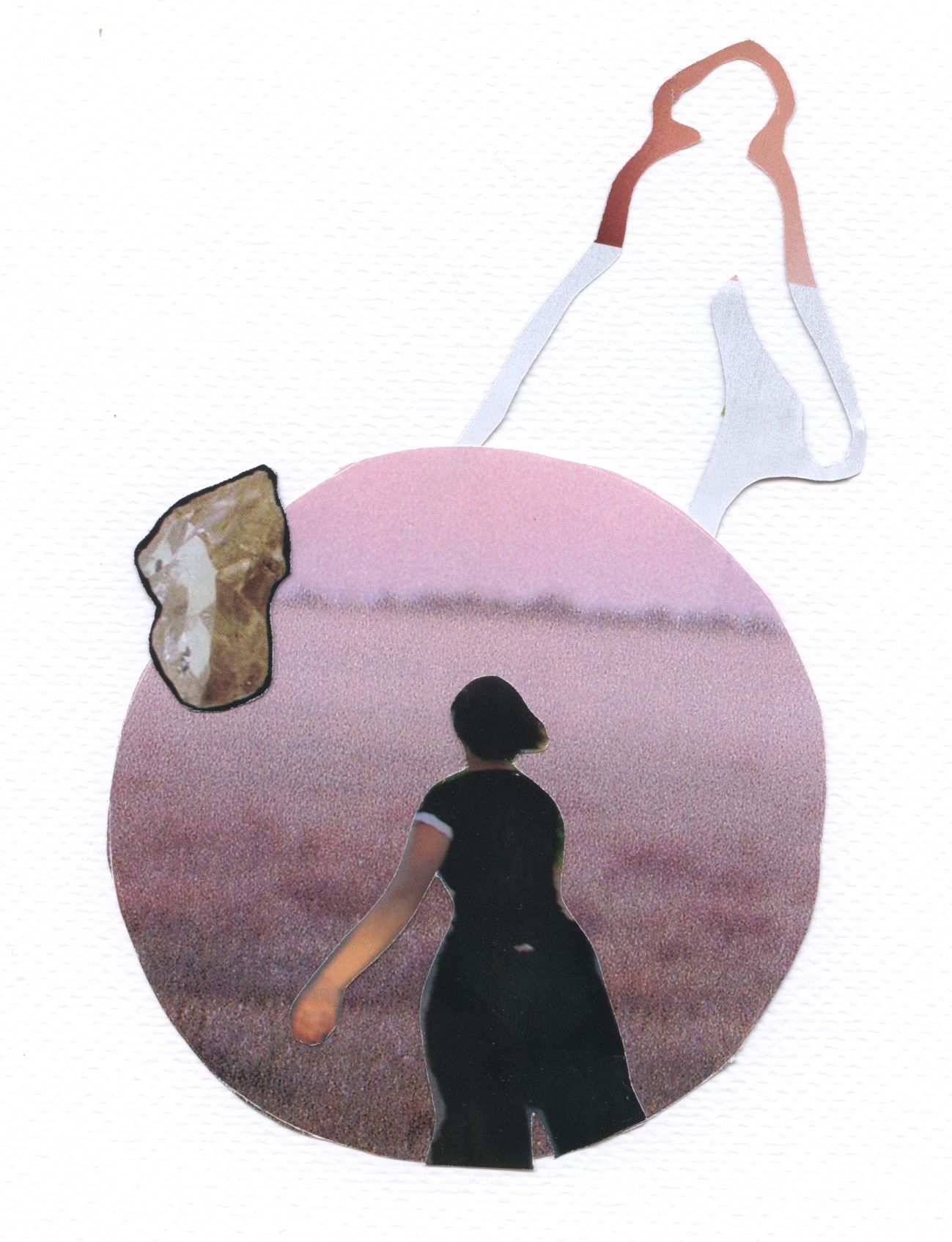 The garden snakes in New England are harmless. The first one I saw was dead and on our driveway. It dried for three days in the July heat until my mother swept it into the forest scrub. It seemed to have separated into four layers of itself, each body a piece of translucent film taut against the next.

My grandfather smashed the backyard snakes for good luck. Thatha ate no meat his whole life and patiently carried thin spiders by their legs from the bathroom to the backyard. But he would never hesitate to kill the snakes.

Once, I watched him drop a sharp black stone on the head of a garden snake. In the same split-second the body seemed to fuse solid and then shatter. The dead snake looked like a human limb broken at every joint. It lay in a brittle zigzag on the front steps as though the blow punctured its body and from the hole drained all of its fleshy sway. Thatha was proud, patted me on the shoulder as though we had done the task together, told me we would both have good luck for the rest of our lives. The flaky snakeskin glimmered beneath us. Later that afternoon my mother scolded her father. Whether it was for teaching me how to kill a snake or for trusting luck in such small things I still cannot say.

One time when Thatha was young he watched a cobra leave his house as he was coming into it. Inside, my grandmother was sleeping in a yellow room. Pondicherry was musty and wet in August, and he watched the cobra slip out like the coils of rain that pushed for days against the foundation of the house.

The snake had been inside the bedroom. It did not wake my grandmother. It left droppings on the floorboards and the quilt had puffed and collapsed around the shape of its settled body. Thatha cleaned up the traces and pulled the windows shut before the monsoon started again. My grandmother slept deeply those days. She slept through the whole thing.

One night in high school I dream that I am wandering in a dry, hot field. In the morning my head feels as though it is filled with glue. In the dream I am surrounded by other lost people and I do not know the day of the week. I ask the question to everyone I pass by and they cannot hear me. I do not know what day it is and soon I can feel heat cementing in my palms and the hinges in my jaw, dream-form mixing with skin.

That month I have other strange dreams. In one, everything turns inside out. My mother peels off all the photographs in my bedroom and mounts them in the hallway just outside of it. The desk cabinets vomit. Scraps of paper pool on the bedroom floor.

I tell my mother about most of the dreams she is inside of. She is always surprised. All through high school we perfect the art of wringing out the space between us. We stand on opposite sides of the kitchen counter for two hours because neither of us knows how to leave. Her voice climbs higher than mine, stretches its limbs around the room, and holds it still until the whole space aches. When my mother and I fought, we rose to the outsides of ourselves, voices breaking from our centers but catching on our skin like tiny pinpricks. We let our centers swell. Inside of me, two headaches: both of them inch-thick. The first forming beneath the eyes, the second behind the nape of the neck. Everything in between pressing outwards.

Once, on a particularly tired morning, I left the house saying only goodbye. My mother worried all day. In Tamil, the word for goodbye translates to I’ll go and return. There’s no one word I can think of that means departure but anticipates arrival. This one binds the two: both exit and entry at once, inside and outside held in place. Nothing scares my mother more than uncoupling them.

I spend nights with my limbs falling asleep beneath me. It is easy to wake up to numbness sparkling through fingers before the feeling fully leaves, and then to be left alone with the weight of your own hand. Sometimes, when the weight is sticky, the limbs stay asleep all day.

My sister used to keep bees. Soon, they became the bees. She drove to upstate New York in a minivan to get the bees. My sister has a friend named Michael and Michael gave her the bees. Soon Michael was Bee Friend.

Now my sister lives on an island between two rivers. On the island there are four women named Fiona, and snowdrops bloom in January. The ground is covered in white hail, and we spend six hours by the fireplace at a pub called The Punter. It is a Tuesday night and boys are playing cards at a wooden table. Across the street in my sister’s house, the roommate is bleaching her shaven head in the bathroom sink. My sister tells me the best pubs will feel like an extension of your own house before she tells me anything else.

On her walk home each day she sees the whole shape of the island from afar before she steps into it. She has always wanted to live on an island. She speaks of her world in self-contained units, as if there is only one of everything. Sister. City. House. Work. Brother. Brother. We have two brothers so sometimes she has to name them, or else we will only have one.

The bees are dead, Meara told me over the phone one day.  It was March of 2016, and I had seen the bees earlier in the winter, when they seemed to be sleeping. We climbed the ladder to the rooftop and scraped the ice where we could.

In the summer by the lake, Meara says she will go for a swim. She never goes swimming: it’s always a swim.

The lake is made of many things: the island, the boat, the rain, the muck. Meara is swimming in a circle. The lake is filling to the brim.

This is what I learned at home—

Position your bed so that at night your head aligns with south. Wash your hands and your mouth when you come inside from outside. Sleep with oil in your hair the night before a birthday—and in the morning, before anything else, look at yourself in the mirror. See in the glass a year of your life, and step into the bath to wash it off. Never touch your feet to books, but if you do, touch the book to your hand and the hand to your head. Use your right hand to serve yourself food. Use your right hand to accept money. Always accept food that is offered to you, but never touch a serving spoon to the plate—things contaminate easily. Never touch your lips to a cup when sipping from it: saliva is meant to live on the inside. Crush a lime beneath the tires of a new car before driving it on the street. Sit down in a chair for a few moments before embarking on a journey. Neem leaf in the luggage will keep the pests away.

After Thatha passed away we could not cook in my aunt’s house for ten days. We washed our hair every morning, ate food the neighbors brought, and lit a wick in the living room that burned for twenty-one days. The day we arrived, my brother and I found a fruit tree in the backyard. We gathered a basket of mealy apples, purpling and scaly from the dry Utah sun, and snuck them into the bedroom we shared, eating them when our mother and grandmother were out of view. We left the uneaten ones outside. Black beads are for married women only, and the morning we left Utah, my grandmother gave my mother all of the black-beaded jewelry she owned, untangling them from an old leather box. My mother gave the necklaces to me, and I wear them despite knowing what it means. My grandmother blew out the candle when she returned home from the airport and spent the rest of the day cleaning apple rot from the front steps.