A conversation with essayist, editor, and translator Eliot Weinberger 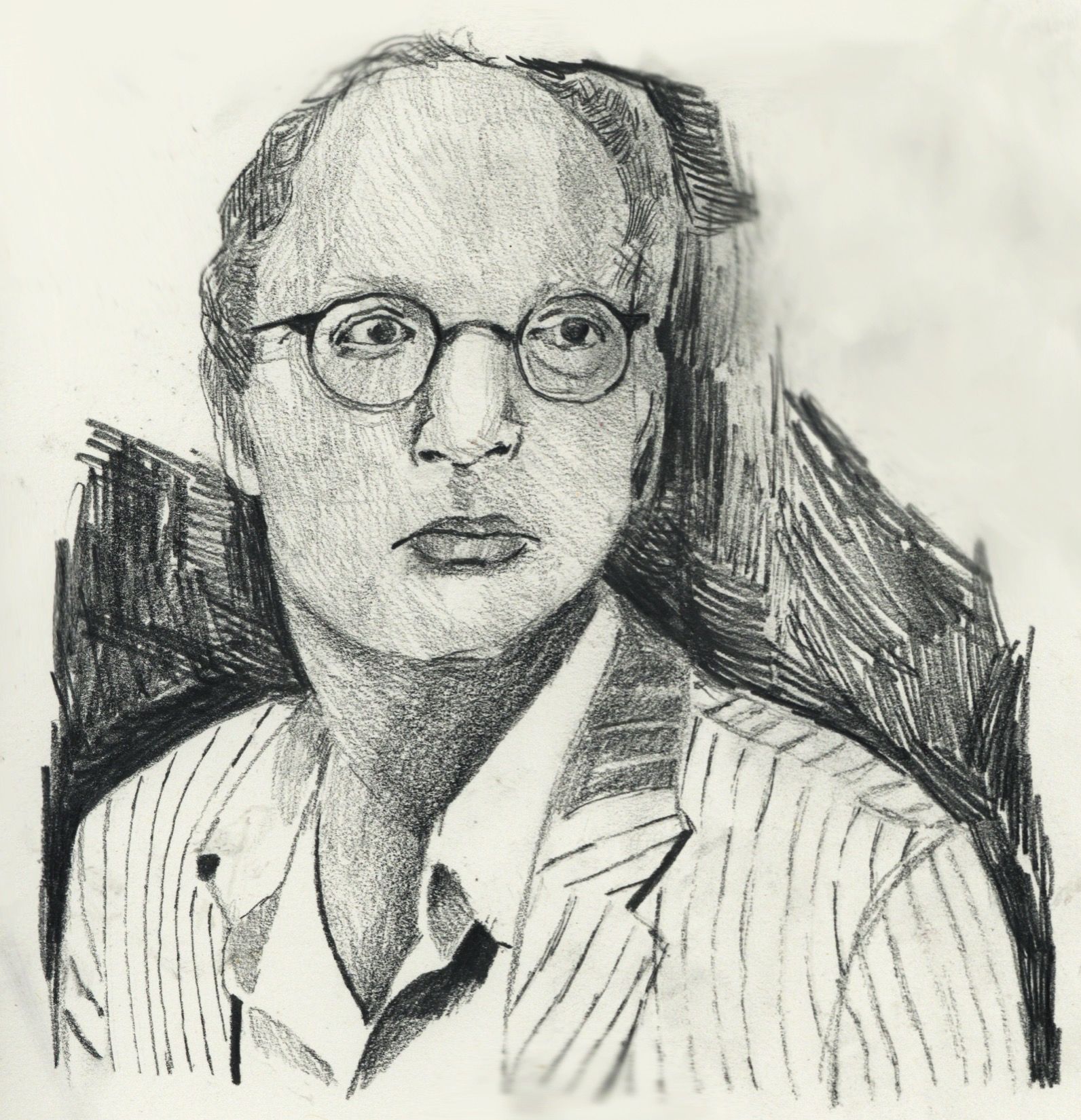 Robert Atwan likened the essay form to a solitary, restless individual; Montaigne believed essays could only be written in paces; Hilton Als considered the essay as concentrated life. Defining the essay has proved a more elusive task than the essay itself. And few have stretched its limits as wide as Eliot Weinberger. He has often attributed his preference for essays, for fact over fiction, to his lack of imagination. But Weinberger, knowingly or not, has pushed the essay genre to unimagined ends.

His stories cover nearly every corner of the world, and render even familiar places surreal, as if we’re hearing them described for the first time. In Weinberger’s 2016 essay collection, The Ghost of Birds, the first story begins quite literally with creation, titled “The Story of Adam and Eve.” By the middle few essays, we’re asked to consider George Bush Jr. as a “postmodernist” as Weinberger feeds readers details as granular as the “hot coat hanger” he used to “brand the buttocks of pledges to the Delta Kappa Epsilon fraternity.” We end the collection of essays somewhere in Albania, walking the Great Wall with presidents past.

Weinberger’s approach to translation is equally as brazen and sweeping: “One can translate Moby-Dick even if one has never hunted whales,” he asserts. Shortly after finding a book of poems by Octavio Paz in his high school library, Weinberger started translating from the Spanish. By 19, he’d become friends with Paz and worked for years as a primary translator of his work. Along with his essays, he’s gone on to translate from Chinese, working closely with poet Bei Dao.

“Weinberger tracks cycles of human violence and dreaming, like huge vortical whirlwinds,” writes poet Forrest Gander, “they stalk each other across the widening desert tracts of human history.” Weinberger, Bei Dao, New Directions—Gander and Weinberger’s publisher—gathered with others at Brown University last week as part of a two-day celebration of Forrest Gander, who retired from his post as Adele Kellenberg Seaver Professor of Literary Arts & Comparative Literature this Fall. In the weeks leading up to the event, the Independent spoke with Weinberger sporadically over email, discussing his voracious approach to the world.

The College Hill Independent: Reading your stories has offered me, among other feelings: solace, humor, unease, hope, and I am looking forward to experiencing it all in person at your reading and through our exchange.

Eliot Weinberger: Well thank you—but they’re not really “my stories.” I sometimes have stories in my writing, but they’re other people’s stories, which I retell.

The Indy: Can you share your relationship with the poet and professor Forrest Gander and to his work? The title of the event, A Restless Melancholy—how does it resonate with you personally?

EW: I don’t feel particularly restless or melancholic. I can sit for many hours in a chair just happily and blankly staring. Forrest has been my friend forever. I read everything he publishes, and he’s one of the very few writers whose next book I’m eager to read. Among many other things, he is a master—in both the poetry and the fiction—of landscape and the invocation of place. I wish I knew how he does it.

The Indy: Every interviewer you’ve sat with has begun their introduction with hesitation—finding your work unclassifiable. There is a sense of responsibility in your work. Not for an audience nor reportage, but a desire to feel as if you’ve communicated a story across in as genuine a manner as possible. Have you thought about yourself as a messenger? Have you ever had any desire to classify your work?

EW: I’m certainly not a journalist, in that I rarely deal with the present and I do not go somewhere to report on what I have seen. Messengers convey someone else’s words, which they are supposed to do verbatim. In my writing, all the words, or almost all the words, are mine—what is not mine is the information. I don’t make anything up or blur the line between fiction and non-fiction. And I’m afraid I always associate messengers with angels: the Biblical word for angel in Hebrew (ma’lak) and Greek (angelos) means “messenger.” Needless to say, I don’t qualify.

I consider myself an essayist, though some of my essays are more like stories and some are more like poems. I try to write them as one writes a poem: listening to the sounds and trying to present exact and concrete images. But their lack of imagination means that they are neither fiction nor poetry.

The Indy: You’ve often mentioned that you were first drawn to the essay because it’d been “collecting dust, untouched since 18th century English.”

EW: Yes, with a few exceptions, it still follows the 18th (or earlier) century format of the narrative of a first-person investigation. In English, at least, it largely hasn’t had the wild range of open possibilities that poetry and fiction have had for a hundred years. So it struck me as unexplored territory.

The Indy: Reading essays on the internet have become common practice. You were booed off stage at St. Mark’s Poetry Project for voicing your support for the internet and digitized text. Most recently, you’ve revealed that the internet has “kind of ruined [my] life.” How has the “essay” changed in the 21st century with the rise of the internet? You’ve talked often about what the internet makes possible in terms of access in the Third World. Has it rendered anything impossible?

EW: To clarify: very early on I thought the internet was the best thing to have happened to literature, in that interested readers far from urban centers—and particularly readers in the Third World, without decent libraries—would suddenly have access to so much of the world’s writing. In 1994, on a panel at St Mark’s on “poetry and revolution,” I was widely ridiculed for saying that the internet was about to be a powerful political force. (Amiri Baraka, for one, responded, “The revolution is not going to come from a bunch of yuppies with laptops.”) As Fidel Castro used to say, history has absolved me.

My recent joke in an interview that the internet has ruined my life was referring to email, the information overload, and current life in Trump USA, where there are three or four unbelievable new developments daily. (Unlike, say, the Bush era, when the news was depressing, but was basically more of the same every day.) It’s become, as we all know, difficult to concentrate on anything else.

The internet has, of course, changed nearly everything, but the consolation of literature is that it hasn’t changed fiction, poetry, or essays at all. They remain what they are—the only difference is that more people can find them.

The Indy: You are no stranger to the current political climate, having laid it out meticulously in “Ten Days in Trump’s America” for this past October’s London Review of Books. It seems that the ideas you’ve built your writing career on—reaching past American literature, immediate cultures, and imminent borders—are antithetical to the current US agenda.

EW: My writing always comes out of either curiosity or indignation. Curiosity for the literary essays, indignation for the political. The literary essays are almost entirely located in other cultures; the political essays—and there were many more during the Iraq War—are about the USA. The little bit I have done my whole life has been completely opposed and contrary to the current xenophobic and racist agenda of Trump and, more important, the entire Republican party.

The Indy: As an essayist, you always mention your desire for truth; I’d like to get your thoughts on something I read recently. American psychologist Jon Haidt, published an essay this past October where he positions Karl Marx against John Stuart Mill, one as the patron of “Social Justice,” another as “Truth” respectively. Can you speak about truth and its nuances, if you believe there are any?

EW: I can’t talk about universities, having never had any academic affiliations. Of course, I believe in absolute freedom of speech. Nevertheless, there is a difference between the freedom to say what you like and the institutional validation of what you say. Academic articles like Haidt’s imagine a Platonic dialogue between enlightened and reasonable conservatives and liberals, which is simply not the current reality. Steve Bannon is not John Stuart Mill. The so-called conservatives these days are not conservative at all, but mongers of hate, and you can hear their opinions easily enough on Fox News and on the internet. So no, I don’t believe in giving racists a platform (and a speaking fee!) at a university in the name of “open debate.”

The Indy: On the topic of academia, you haven’t always been on the periphery of institutions, hailing from rather prestigious academic settings, from The Putney School to your brief stint at Yale. And in some ways, poetry, the literary arts, have always felt antagonistic to the academic setting. How do you think poetry ought to be taught?

EW: I went to a wonderful progressive high school, Putney, on a farm in Vermont, and then barely made it through a year at Yale, which at the time was still a boys' school full of Brett Kavanaugh types. Having had no academic connections since, I naturally have a reactionary idea of what a university should be. I'm afraid I think that anyone who wants to be a writer should study anything—biology, anthropology, astronomy, history, religion—except "creative writing." It helps to know something. And I'm afraid I think that, in literature, students should study what they otherwise wouldn't read. That means no living writers. After all, there are thousands of years of literature to catch up on.

The Indy: So many things are happening and at an egregious speed, how do you deal with overconsumption? What do you do to combat feeling overwhelmed?

EW: Happily. I travel quite a bit and when I travel I don’t read. I just look around.