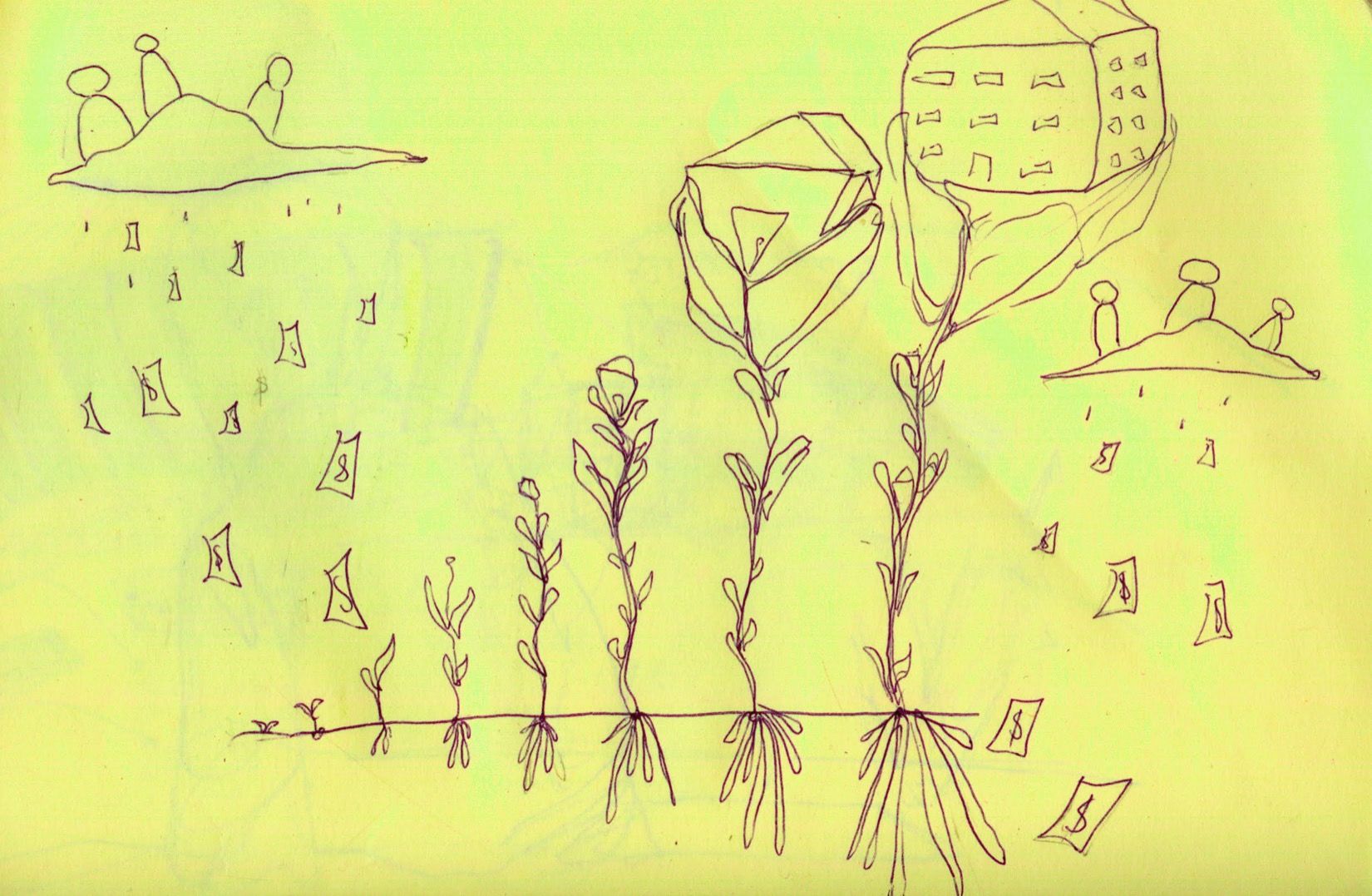 Last week the Ordinance Committee of the Providence City Council voted favorably on a bill that would increase the building height limit on a parcel of land—eyed by developer Jason Fane—from 130 feet to 600 feet. If approved, the zoning change would pave the way for the construction of Fane’s proposed Hope Point Tower, a 46-story luxury apartment building due for development in the Jewelry District. As the City Council considers changing the height restriction, it indicates, loud and clear, that the city is eager to welcome new development. As Councilwoman Jo-Ann Ryan said at the meeting,“Providence is open for business.”

The furor surrounding the Hope Point Tower mirrors debates across Providence and Rhode Island about the place of government in private development, particularly when it comes to the use of city and state tax incentives to encourage construction. Development and construction bring drastically varied interest groups to the table: labor unions want to ensure just compensation for workers; the city wants to increase tax revenue by encouraging wealthy residents to move to Providence; advocacy groups like Providence-based Direct Action for Rights and Equality (DARE) want to try to solve the housing crisis in Rhode Island by increasing the number of affordable units.

In addition to the Hope Point Tower, construction is rumored to start soon on Edge College Hill 2, a luxury student housing development on College Hill, and construction has already started on 93 Cranston Street in the West End of Providence, the spot of a new mixed-use development that will have housing for 39 low-income families and a grocery store. Much of the recent building boom in the Creative Capital––like the projects named above––is driven by financial incentives for development, which are increasingly defining what, where, and when developers choose to build.

Providence in particular relies on deal sweeteners like tax incentives and breaks to bring buildings to the city. The sheer number of undeveloped parcels in Providence is staggering, a holdover from the closing of industry around the city in the 1980s, as well as the rerouting of I-195. That has made it a high-stakes game for developers, who are interested in cheap land, and for government officials, who want to see the city grow. Still, it’s expensive to build and maintain a property in Providence where construction costs are the same as in Boston, but rents significantly lower, meaning it takes longer for the developer to earn back their investment. This fact, coupled with high property taxes in Providence, leads developers to claim they need tax incentives to turn a profit.

Incentives for development in Providence are handed out by the City and the State. The State incentivizes via the Rhode Island Commerce Corporation, while Providence uses Tax Stabilization Agreements (TSA) approved by the City Council. In Providence, TSAs act as instruments to encourage development by significantly reducing the property tax owed on a property over the course of the agreement. “You take the value of the land on which the building is constructed, which is the baseline,” former City Councilman Sam Zurier told the College Hill Independent. Zurier voted on dozens of TSA deals during his time with the council. “Then you take the value of the land with the building on it, which is 100 percent of the value. The [TSA] takes you from the baseline value up to that 100 percent value over the time period agreed to.” A TSA is really just a tax-break with a deadline. A developer gets a reduced tax rate, indicative of a property valuation somewhere between the rate of the land and the land with the building, for the time period of the agreement, with the rate increasing closer and closer to the actual valuation of the property as time goes on.

The TSAs Providence offers guarantee a lower property tax than normal for a set period of time, usually between 12 and 13 years, according to Zurier, but the length of TSAs have been increasing over the past few years, so developers continue to pay a lower tax rate over an extended period of time. For example, the City Council just approved the Edge College Hill 2 for a 20-year TSA that would save the developers $19 million in taxes over the lifetime of the agreement. “The city rationale of all this is that if the developer didn’t come and build here we would only be getting the value of the land anyway,” Zurier told the Indy. “So we only win.”

As evidenced by Zurier’s enthusiasm for development, Providence is desperate to build out its tax base. The City has faced budget woes for years, primarily due to an underfunded pension system, leading to no increase in school funding and infrastructure problems. More development, especially luxury development, could help solve the City’s budgetary challenges by increasing the value of taxable property in the long-term, as well as bringing more high-income residents into the city.

In theory the city’s logic is sound. If they didn’t hash out TSAs to encourage development, it would only be getting paid taxes for the empty land—a relatively small sum compared to the money that can be acquired through property taxes on developed land. But, as Zurier pointed out, some argue that by “signing too many TSAs... the city is only painting itself into a corner,” meaning over-incentivizing would make it difficult for developers without a TSA agreement to compete on the balance sheet. “And no else can build if we’re giving everyone agreements,” Zurier told the Indy.

To low-income residents and advocates of affordable housing like DARE, TSAs are drawing attention away from the City’s housing crisis that demands more immediate action. According to data from Housing Works RI, a housing information clearinghouse based at Roger Williams University, 57 percent of the renters in the area are rent-burdened, meaning they spend more than 30 percent of their income on housing. DARE wants the city to use TSAs to increase affordable housing supply, helping drive down housing costs.

“We need to build more houses. We need to build more houses for low and middle income folks and to put people here in Providence to work,” Malchus Mills, an advocate with DARE, told the Indy. “The TSA agreement ought to set aside money so low-income and affordable houses can be built. If the outside contractors are not paying the taxes they should, and they’re not doing anything for the community, then why are we giving them the tax breaks anyway?” By offering developers reduced tax rates through TSAs, the City is sacrificing revenue that could otherwise be used to build up infrastructure and affordable housing in Providence, and the luxury housing developments that make up the bulk of TSA agreements don’t contribute toward lowering housing costs for most Rhode Islanders, according to Mills. “It doesn’t make any sense,” Mills told the Indy. “[The apartments] are all geared towards rich folks who don’t live here in the city, and they’re outpricing the folks who do live in the city.”

Zurier told the Indy that the Council has been trying to pass a standardized TSA agreement that would include a required pay-in by developers to an affordable housing fund, as well as streamline the application process, making it easier for smaller developers to get involved, but the status of that change is still in limbo.

On the other hand, State Senator-Elect Sam Bell, who represents District 5 in Providence, believes that the TSA system is flawed. Instead he urges the City to pursue a Tax Increment Financing (TIF) system that could encompass private and public sector development. “The vast majority of cities have switched to the TIF model, which gives developers the money they need upfront,” Bell told the Indy, mentioning the city of Madison, Wisconsin as a model in the usage of TIFs. Specifically Bell encouraged a bonded TIF model, in which the city takes out a bond to give developers cash in hand with the anticipation that the City will make the money back to pay the bond holder with increased tax revenue. What’s more, says Bell, TIFs can be used “for things other than corporate welfare. You can build parks and bridge that can drive development. Look what we did here in Providence with the opening of the rivers,” he said in reference to Providence’s uncovering of paved over rivers in the heart of the city in the 1980s and ‘90s. “It’s about spending money on better uses of public money than direct corporate welfare,” Bell said. “The great thing about TIFs is that they authorize the use of public money in other ways.”

Labor unions in Providence also have an interest in the development debate, especially in the fight over the proposed Hope Point Tower. Michael Sabitoni, the president of the Rhode Island Construction and Building Trades Council, told the Indy that labor is supportive of government incentives, at both the City and State level, to drive development, but that they’d “like to see more enforcement and monitoring of the promises made by the developers,” particularly when it comes to hiring practices and workers compensation. Sabitoni said that developers often misclassify workers so they can avoid having to pay workers compensation, will wiggle their way out of apprenticeship requirements, and sometimes will even pay laborers under the table to avoid taxes.

While Jason Fane, developer of the Hope Point Tower, has promised to use union labor if his project gets built, there’s no requirement for TSA-incentivized projects to use union labor. Although developers are supposed to follow the city’s First Source ordinance, which requires developers to hire Providence workers first, the ordinance has not been enforced since its introduction in 1985, according to DARE. “They’re supposed to abide by these rules or promises,” Sabitoni said. “But frequently they don’t. Until someone steps up and actually revokes one of these [incentive agreements] people are going to keep doing this.”

The debate over union labor and enforcement of the First Source ordinance is indicative of the problem with development incentives in Providence more broadly: equitable projects won’t start to go up in the city until we can work out kinks in the system. That means reforming the process by which incentives are handed out, such as through the TIF system that Sam Bell proposes, or the standardized TSA that Sam Zurier mentioned.

After all, the goal of development isn’t to beautify a city skyline, to fill vacant lots, or to grow out the tax base—instead, the goal of development should be to make our city more liveable for everyone. That means better parks and roads, more spaces for restaurants and entrepreneurs, and plentiful affordable and market-rate housing for all the neighborhoods of our city.

PEDER SHAEFER B’22 wants to see more cranes out of their comfort zone.