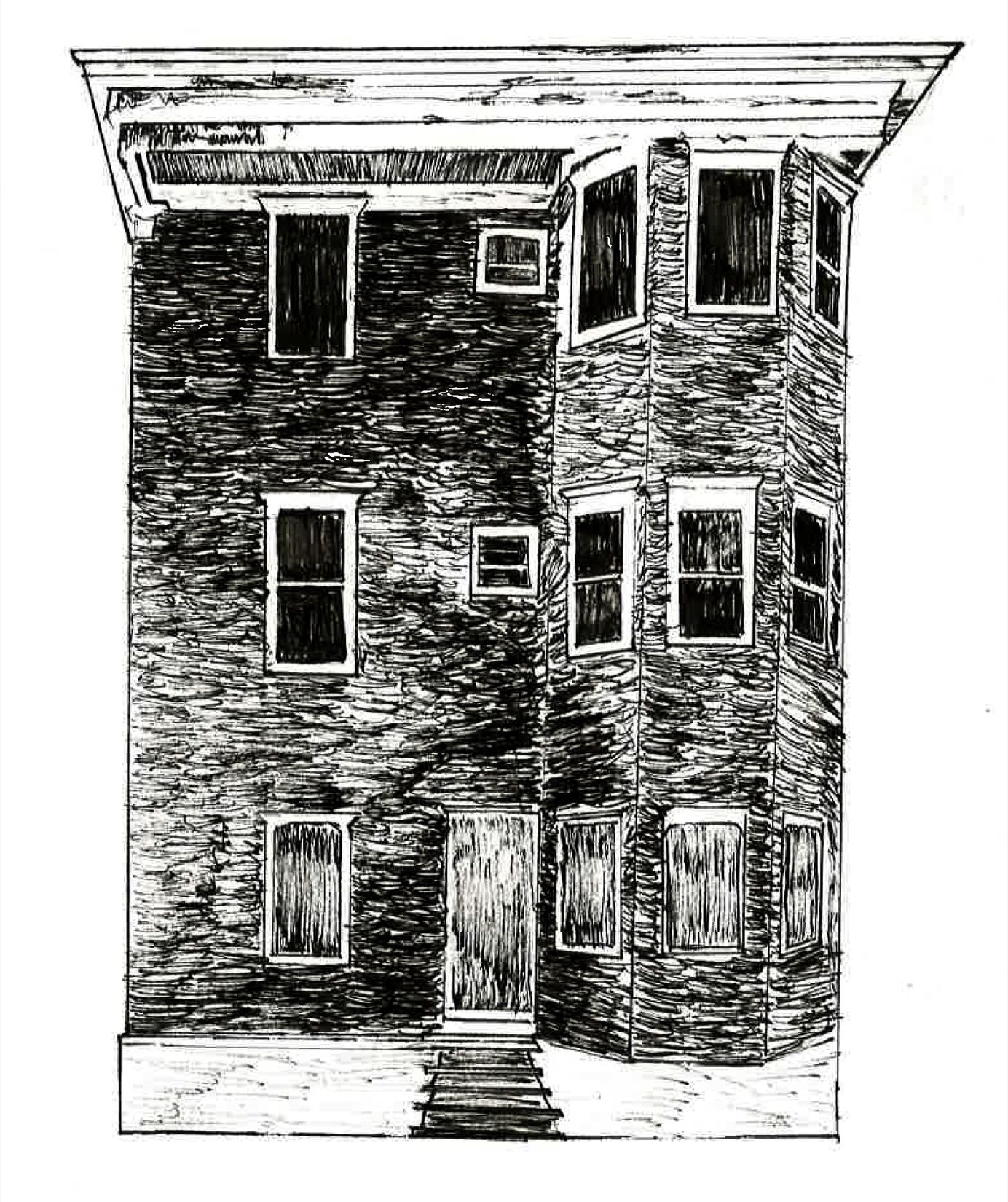 The collapse of the sub-prime mortgage market in 2007 sent Rhode Island’s home prices plummeting and forced thousands of families from their homes; by 2008, the number of monthly foreclosures had tripled from that of the previous year. Ten years later, the Great Recession continues to have a disproportionate effect on the Rhode Island real estate market, due in large part to a history of strategic failures in housing policy at the municipal and state level. A 2010 report by HousingWorksRI, a housing policy institute connected to Roger Williams University, called attention to the fact that in the decade preceding the 2008 financial crisis, Rhode Island’s housing market was characterized by rising home prices, falling median income, and a stagnating housing stock. The combination of these factors left the state’s real estate market vulnerable to predatory lending practices, exacerbating the effects of the economic crash. In 2010, the statewide foreclosure rate was estimated to be the highest in New England, while the statewide percentage of housing production was the lowest in the country, despite a chronically oversaturated rental and buyer market.

Though Rhode Island’s post-recession housing and economic recovery have been on par with the rest of the country, recent housing statistics describe a real estate market with troubling similarities to the pre-recession climate, particularly in urban centers such as Providence, Warwick, Cranston, Pawtucket, and Woonsocket. The 2018 Housing Fact Book, HousingWorksRI’s annual report on Rhode Island housing, identified low property vacancies and a lack of affordable housing opportunities as the most pressing issues facing the state’s long-term housing security. Property vacancy is a measure of a municipality’s uninhabited properties, and low property vacancy signals a highly competitive rental and buying market, which tends to increase average rent and home values. Should average rent and home values rise too quickly or too high, moderate and low-income families are pushed out of their neighborhoods. One way of mitigating the effects of low property vacancy is to invest heavily in housing production; however, municipalities must also invest in affordable housing options in order to ensure that populations at risk of housing insecurity continue to be able to afford homes and apartments.

Few municipalities in the state have matched their housing production rate with estimated population increases, and fewer still have invested adequately in affordable housing programs. HousingWorksRI estimates that a Rhode Island family with a combined income of $50,000 is only able to affordably buy a home in one municipality, Central Falls, and can only affordably rent a two-bedroom apartment in four of the state’s thirty-nine municipalities, down from six in 2016. A Rhode Island family with the median combined income of $36,861 is unable to affordably purchase or rent in any municipality.

These statewide trends are also reflected in the local housing market. Providence suffers from both a lack of new building activity and extremely unequal housing opportunities. The city will likely need 18,000-19,000 new multifamily units and 2,600-2,800 new single-family units by 2025, an average of 3,000 new housing units per year for the next seven years. However, only four residential building permits were approved between 2017 and 2018, the lowest number in over a decade. While Providence is considered a single municipality, the East Side is so much more affluent than the rest of the city that its housing statistics heavily distort the municipal housing data. The average single-family home in Providence, not counting the East Side, costs $168,000, but on the East Side the median single-family home price is $570,000. It should also be noted that while single-family home and two-bedroom apartment rent prices have stabilized at pre-recession levels on the East Side, two-bedroom apartment rent prices in the rest of Providence are now higher than they were in 2007.

To combat the competitive rental market, the City is attempting to rehabilitate chronically vacant properties deemed unmarketable due to outstanding building code or property tax violations. In 2015, Mayor Jorge Elorza announced the EveryHome initiative, an ambitious six-year campaign to renovate every abandoned residential property in Providence. The Elorza administration defines the initiative as a “suite of tools” for facilitating receivership of the city’s more than 700 boarded or vacant homes, with the goal of reintroducing the properties’ residential units to the housing market. If successful, the initiative would simultaneously increase the city’s housing stock and buoy sinking property values in neighborhoods blighted by abandoned properties.

Critics of the initiative have expressed concern over the feasibility of a total citywide rehabilitation of vacant properties through receivership, a notoriously slow and complicated process in which a court-appointed third party assumes custodial responsibility for a property that serves as collateral for a loan. City officials, however, have been quick to point out that receivership is, in theory, a more desirable alternative to foreclosure for both lenders (banks) and municipalities. Banks will typically auction off property seized through foreclosure to recuperate losses incurred when a borrower defaults on their mortgage, but the bank may also decide to hold on to the property and sell at a later date. If a bank is unwilling or unable to sell a property through auction, the building will remain vacant and typically fall into a state of disrepair, as the bank has no legal responsibility to maintain the property. Receivers, on the other hand, are contractually obligated to prepare a property for sale. Any outstanding building code violations must be resolved and the receiver must be able to convey clear title before organizing the sale of the property. A successful receivership prevents vacant properties from remaining indefinitely vacant, is typically able to recuperate more of the bank’s losses, and clears the property’s title of any encumbrances such as unpaid property taxes.

As critics feared, EveryHome has fallen far short of its yearly quotas. In the first two years, only 45 properties were completely rehabilitated through receivership and 34 more were at different stages in the process. The director of HousingWorksRI, Brenda Clement, told the Independent that, while the EveryHome initiative’s goals are laudable, clearing a property’s title can become an extremely complex and lengthy process in situations where a foreclosed property is also tax delinquent. However, Clement, who chairs an advisory committee to the City Council on housing policy, also emphasized that EveryHome is only one of many city initiatives aimed at addressing a range of housing issues, and that it is her opinion that receivership plays an important role in the city’s holistic approach to housing policy.

Some Providence City Council members do not share this view. In March 2017, members put the future of the program to a vote, pushing to reallocate EveryHome’s portion of the Community Development Block Grant (CDBG) funds the city receives from the Department of Housing and Urban Development. Though the City Council ultimately voted to maintain its funding, the program budget has shrunk to less than a third of its original budget of $1 Million.

The legal process that has so delayed the program has also become a point of contention for community members. Local housing rights advocacy groups have pressed the city to allow for greater community oversight of the initiative, but the complexities of the receivership process and the high turnover rate of EveryHome program directors have led to a perceived lack of transparency on the part of the City. In 2016, the Independent reported on Malchus Mills, a community member involved with the Providence-based activist organization Direct Action for Rights and Equality (DARE), and his concern that EveryHome would encourage the gentrification of low-income communities of color; however, Mills recently told the Independent that while gentrification is an ongoing concern for DARE and its subsidiary, Tenant and Homeowner Association (THA), THA has largely given up on its campaign to form a community oversight committee for the initiative. THA had previously called on the Mayor to set aside half of the EveryHome properties for low-income families and allow community members to vote on property receivers, but Mills said that the Mayor’s office was not receptive to their proposals. Though THA was ultimately able to organize meetings between the program’s leaders and community members, those meetings were “mostly useless because at the time they were asking folks to show up, people had to be at work. Folks are not going to risk losing their jobs to be at meetings that they feel are of no consequence.” Frustrated by a lack of good-faith cooperation, Mills said that THA has now shifted its focus to help local contractors of color write bids for the vacant properties slated for redevelopment.

The task left to the city is unenviable. Plans for redevelopment must be weighed against the rights of banks and property owners, and administrators already burdened with a cumbersome logistical task are subjected to oversight by the Mayor’s office, the Department of Planning, and their affiliated subcommittees. Indeed, it is difficult to fault a program criticized for a lack of efficiency for wanting to reduce the number of groups it must consult before executing its functions; however, the city does itself a disservice by denying community members an active role in the development of housing policy. Exclusion begets distrust, and while public officials are no doubt working hard to undo the damage wrought a decade ago, they risk losing the support of the people they are charged with caring for. If there is a lesson to be learned from 2008, it is that lucrative real estate markets are a breeding ground for reckless and unsustainable economic activity. Municipalities should seek to insulate their most vulnerable communities from future market fluctuations, rather than chase economic growth by doubling down on developer-centric urban planning. Providence has already taken on a substantial risk by acquiring run-down properties from banks; it remains to be seen whether its investment will pay dividends to its taxpayers or to the institutions responsible for plunging it into catastrophe.

GIACOMO SARTORELLI R’19 hides his money in his mattress.