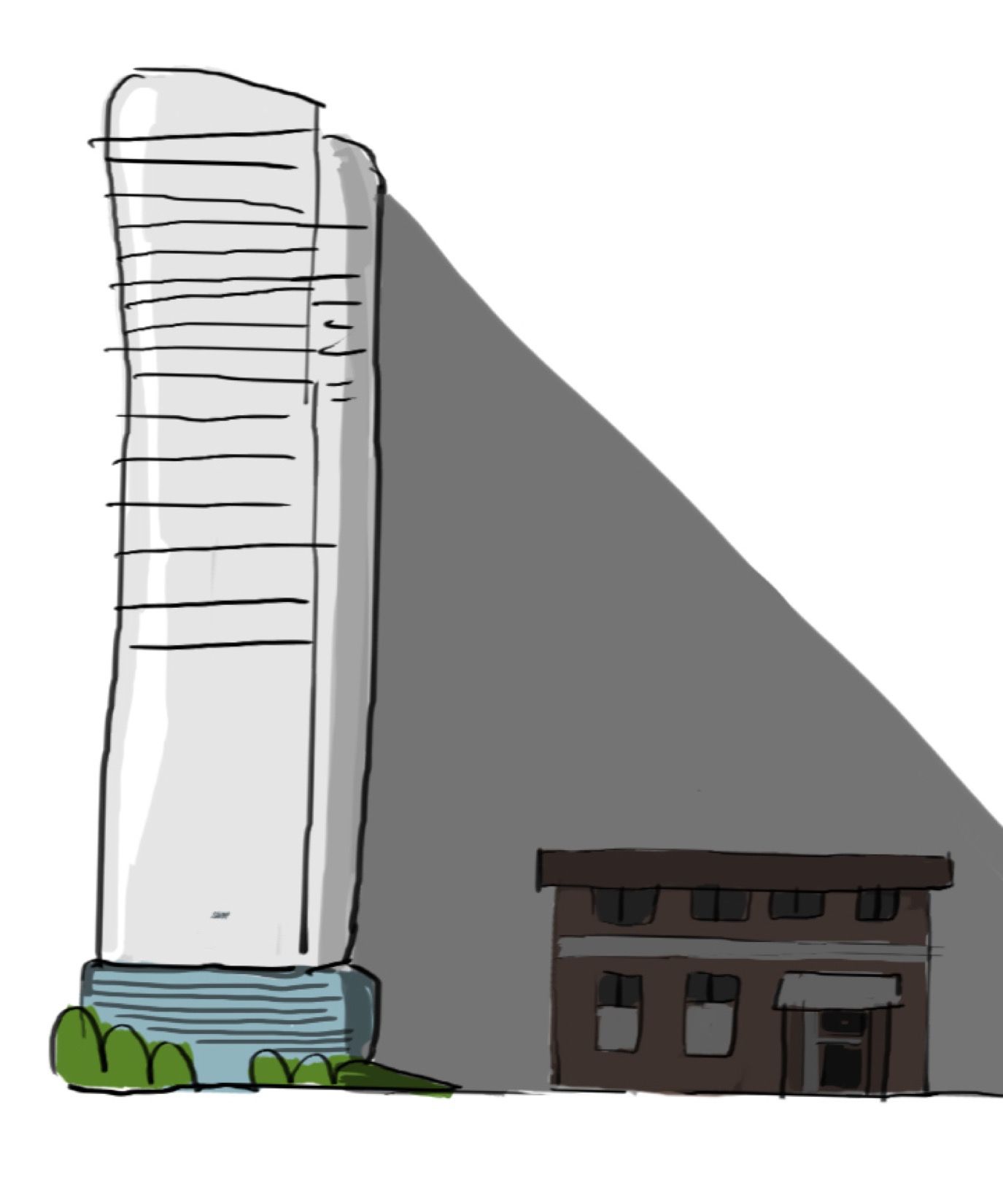 On the night of the 2018 Rhode Island primaries, Rachel Miller, a candidate for Providence’s Ward 13 City Council seat, had more than polling numbers on her mind. Earlier that day, a friend who was volunteering for her campaign got a frantic call about an immigration enforcement raid occurring just a few blocks away. He was still making phone calls himself, attempting to provide emergency support for the families that had been picked up, when Miller joined him on the back steps of her apartment hours later. She was there by his side, listening to his conversations about the recent deportations, when she got a text telling her to come back to the office—she had won.

That moment highlighted some of the main concerns of Ward 13 that Miller hopes to address as a City Council member. “It was like, of course [this happened]—that’s how our lives are, that’s how this neighborhood is,” Miller said in an interview with the Independent.

Ward 13, home to Federal Hill and much of the West End, is one of the most diverse areas of Providence. According to the local nonprofit Providence Plan, nearly 50 percent of public school children in the Federal Hill area speak a language other than English as their first language, and that number rises to 68 percent in the West End for children under the age of six. 55.1 percent of West End residents are Hispanic, 19.0 percent are black, and 10.1 percent are Asian, according to Statistical Atlas. Both neighborhoods have median family incomes significantly below the citywide average.

Miller, like 68 percent of Federal Hill’s residents but only 12 percent of the West End’s population, is white. However, both of her parents were children of immigrants—her father’s father fled Eastern Europe in the 1930s, and her mother’s parents emigrated from Ireland to seek better opportunities. As someone who has been a community organizer for decades, she has extensive experience working to achieve both racial justice and immigration reform in Providence.

Back in September, Miller spoke about her stance on Providence’s immigration policies at a forum organized by the West Broadway Neighborhood Association. “I know that our city can do better, and that we do better, when we protect everyone in it,” she said. “We can enact a law that ensures that a traffic stop never turns into a deportation order, that when someone goes in for their marriage hearing… that does not turn into incarceration… we have not passed this ordinance in our city, and I would be happy to champion it.”

Now, she has a chance to. When she returned to the office her team had rented on the night of the primary, Miller learned that she had beat her main opponent, Cyd McKenna, by more than 10 percent of votes. With no competition on the Republican side, Miller was officially set to represent Federal Hill and sections of the West End for the next four years.

McKenna, the endorsed Democrat and the first to announce her candidacy, had been the predicted frontrunner in the race. A campaign manager for Buddy Cianci’s 2014 mayoral race and a former Chief of Staff for the City Council, she was a symbol, in many ways, of the city’s political past—one marked by political corruption and the relative conservatism of many Rhode Island Democrats. Miller, on the other hand, boasted an official endorsement by the Democratic Socialists of America (DSA), a group that defines itself by a mission to “fight for reforms today that will weaken the power of corporations and increase the power of working people.” In contrast to McKenna’s extensive political management experience, Miller offered a background in progressive community organizing. What brought her to Providence in the first place, back in 2003, was an opportunity to serve as the Executive Director of Rhode Island’s chapter of a national workers’ rights organization. Since then, she has also worked with Direct Action for Rights and Equality and various unions representing childcare providers and janitors. She also helped start the Rhode Island Working Families Party, an organization that has helped elect progressive Democrats across the state.

Miller’s win in September doesn’t only indicate what may be Providence’s increasingly progressive future—it’s also part of a monumental demographic shift in Providence’s politics. Once sworn in, Miller will join a Council that, for the first time in Providence’s history, is majority women.

“It’s for sure exciting,” Miller said, “because for years and years and years, there was the work of city government and then there were women’s issues, as a separate piece of the pie. I think one of the things that having a majority female Council does is make it so clear that we’re not talking about that [two seperate issues] anymore—that women’s issues are about schools and transportation and housing and healthcare.”

Though Miller is glad that the incoming Council will include more women’s voices, her hope is that the incorporation of new perspectives will extend beyond gender. Miller has been working to make underrepresented voices heard ever since her time as an undergraduate at the Catholic College of the Holy Cross, where she was one of 12 students campaigning for the official recognition of the school’s first LGBTQ organization. When she is sworn into office this winter, Miller hopes to continue bringing diverse perspectives to the forefront of decision-making. One of the questions she has been thinking about lately is, “How many different parts of my neighborhood can come into City Council Chambers with me?” The goal, she says, is as many as possible.

Miller’s main priority as a future City Council member is affordable housing. In 2017, the Providence area featured a vacancy rate of only 3 percent, tied for the lowest in New England, according to the Department of Housing and Urban Development. While Rhode Island as a whole has been under-producing housing for years, the demand for housing has only increased, bringing costs up, too, and leaving residents of all income levels struggling to pay rent.

“Poor and working-poor people have very few options,” Miller told the Independent. “We need to think about how are we supporting those folks [who own homes and rent them out] and making sure their apartments are affordable, healthy, quality places to live.” There’s no “silver bullet” for this issue, Miller said. Instead, the affordable housing crisis is a problem that requires a multiple-strategy solution.

“We need to advocate with State Representatives and the Governor’s office to include affordable housing strategies in the state budget, and look to self-funding mechanisms for programs that provide emergency assistance to prevent homelessness,” she said, pointing to examples adopted by neighboring states such as the Residential Assistance for Families in Transition (RAFT) program in Massachusetts. She’s looking forward to discussing policies around rent stabilization, which she says have the power to positively impact neighborhood homeowners while also “targeting problem absentee landlords.”

“There is not a shortage of policy ideas… But we need to take this moment to build consensus both on the Council and in our neighborhoods on policy ideas that create maximum impact,” she said.

Meanwhile, Providence’s current City Council is still debating whether to support the Hope Point Tower project, a 46-story luxury apartment building on Dyer Street. Unlike many developers of other downtown projects, the Hope Point Tower developer has pledged to hire locally, which is why Miller doesn’t necessary oppose the project—she lists economic development and local jobs as two other priority issues along with affordable housing. However, for Miller, it’s vital that opportunities for economic development don’t sacrifice affordability, cause displacement, or infringe on workers’ rights in the process.

“When the city is going to use money for private development to give a tax break to someone putting up a hotel or a building, [we need to] think about how that impacts our community—the West End, the South Side, the neighborhoods that are predominantly communities of color,” she told the Independent. That’s why, Miller says, if she were currently on the Council, she would create more inclusionary zoning policies, such as ones that would require a certain number of units of any new development to be affordable onsite, or require that contributions be made to a housing trust for the purpose of developing affordable housing.

Miller’s experience as the executive director of Rhode Island’s Jobs with Justice, fighting for fair economic development and workers’ rights, has helped shape these policy ideas—and that’s just one example of a mission she used to organize around that she now hopes to bring with her to City Hall. She has also spent time organizing for racial justice and wants to focus on that during her time in office as well.

“I want to make sure racial profiling by the police is confronted at every step,” she told the Independent. “These are all things that have been important for communities in Providence for many, many decades, well before anyone ever thought that Donald Trump would be president. But I think [the current national political state] creates a heightened urgency to really double down on that stuff.”

Miller acknowledges that some of her goals may be difficult to achieve; she knows that not everyone shares her democratic socialist views. However, she says she’s committed to upholding the values upon which she ran her campaign, even in the face of challenges.

“Look, I think there are reasons that we don’t have all of these things,” she told the Independent. “I know there are others on the Council who also care about these issues, but there are people within the Council and in the city who are pretty strongly opposed to some of this stuff. And that’s always going to be the case. When we’re talking about leveling the playing field for working people, for poor people, for communities of color, for families, we’re going up against… the wealthy and the well-connected [who] have enjoyed a certain amount of access in government—not just in Providence but in government, period—for a long time,” she added. “So it’s an uphill battle for sure.”

Miller may have some help with this uphill battle. Other progressives joining her on City Council include 21-year-old Katherine Kerwin, a vocal gun control advocate who called her 21-year incumbent opponent’s lack of action “embarrassing.” Overall, the outcomes of this fall’s elections bring to City Council one openly LGBTQ  member (Miller), one of the youngest members the Council has ever seen (Kerwin), multiple first-generation immigrants (the returning Carmen Castillo and Sabina Matos), and a female majority. With that said, the representation of certain demographics doesn’t always result in immediate policy changes one might expect—earlier this month, Jo-Ann Ryan and Castillo, both current councilmembers who will be returning in the upcoming term, voted to hold for further review an agenda item that would support minority and women-owned businesses.

In many ways, Providence’s incoming City Council represents a more diverse group of members than the city has seen in the past. However, when it comes to how this will translate into its policies, only time will tell.

CASHEN CONROY B'19 is still looking for the silver bullet.