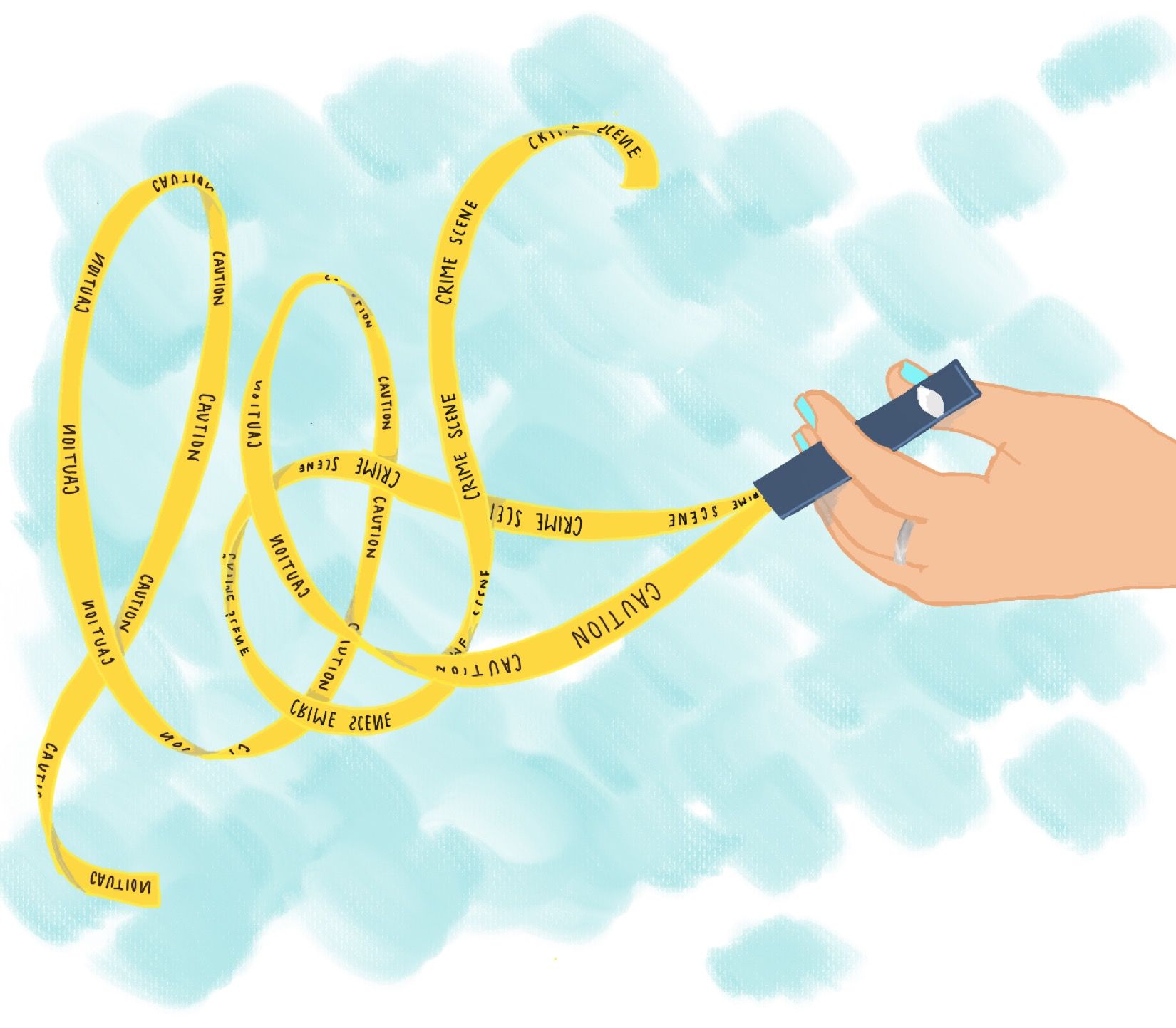 Somewhere Under the Rainbow

Just over 13 years ago, a pair of iconic ruby slippers from the Wizard of Oz was swiped from a Minnesota museum in Judy Garland’s hometown. For the past decade, the quest for the red shoes with magical transport abilities has proven fruitless. But this past week, to the delight of film and footwear enthusiasts alike, FBI investigators revealed that they had located the missing slippers.

At a press conference announcing the return, the shoes were concealed under a black velvet curtain, one we were actually meant to look behind this time. FBI Agent-In-Charge Jill Sanborn stated, with some apparent excitement, “Under the Rainbow,” and with a flourish revealed the long lost icon of American film. Whether she got the quote wrong on purpose, or whether it was an intentional play on the fact that the shoes were hidden in the dark all this time, the FBI has yet to clarify.

The FBI also hasn’t yet released any details about the culprit, who is still being pursued, because the shoes were recovered in a sting operation not involving the original thief. Some believe they were swiped by initial owner, Michael Shaw, who collected a handsome insurance. Others think it could have been a crime of prejudice, considering Judy Garland’s cultish embrace by gay fans of the campy film.

As valuable as these slippers are to Dorothy–– snatched from a squished witch and gifted to her by a good one––their value in our world has grown to match. Experts believe the shoes may be worth up to three million dollars today. Pilfered from a Warner Brothers’ set, the shoes were purchased by Shaw, who had been hired in the 1980s to help the actress Debbie Reynolds, set up a Hollywood Memorabilia Museum. After their purchase, however, Shaw had a change of heart and kept the slippers, loaning them to the Grand Rapids museum.

In 2005, the box containing the slippers was smashed and the shoes disappeared. No alarms were triggered, and no evidence or fingerprints were left behind. Unlike the museum’s other valuable items, the shoes hadn’t been locked in a safe at night where they might have been safer than just a glass box in the open. Aware of the shoes’ value, Shaw wouldn’t permit anyone besides himself to handle them, and, perhaps a bit smitten with the idea of the shoes being in Judy Garland’s actual hometown, was unaware that the shoes were totally vulnerable to all the lions, tigers, bears, and oh mys that might want to possess the highly valuable slippers. The next day, museum staff were “literally crying,” according to the highly remorseful museum owner, who once stated in an interview, “France has the Mona Lisa, we have the Wizard of Oz.”

Unfortunately for the search, however, media coverage was sparse, because, though the fictional twister that steals Dorothy from her home is a legendary natural disaster in American lore, the slightly more important actual disaster of Hurricane Katrina hit New Orleans the day after the theft.

Regardless of the thief’s identity, the slippers were tragically unable to click their own heels together and whisk themselves back. Instead, it took a whole federal investigation to accomplish what Glinda told Dorothy she had the power to do all along. Lovers of the whimsically weird movie can breathe a sigh of relief that the shoes have finished their little journey and found home again, because what Dorothy says at the end of that film holds true for people and slippers alike––there’s really no place like it.

This past spring, Attorney Generals, scientists, and FDA investigators discovered that the small, handheld device known as a Juul—previously misidentified as a flashdrive, a charger, or another one of those damned Apple products—is, indeed, a form of nicotine. After banning USBs, installing vaping detectors, and removing the doors of high school bathroom stalls, the tools of the adult world have finally revealed what has been obvious to anyone with an Instagram account for the last two years: #juuling is now a thing.  And while discovering Big Tobacco in a sleek, millennial disguise may be troubling, the Indy urges our adult readership not to worry: our Federal Government has something bigger than a Juul up its sleeve.

Juul Labs, the multibillion dollar company responsible for the popular success of this “iPhone of e-cigs,” is currently under investigation by the US Food and Drug Administration.  In the FDA’s own words, their “large-scale, undercover nationwide blitz” seeks to prove that the marketing of the sleek and successfully addictive cigarette alternative purposefully targeted underage consumers. The CEO of Juul denies these accusations, claiming that a massive teenage nicotine addiction is “antithetical to the company’s mission.” Yet the evidence, unlike the discrete size and style of the Juul itself, is difficult to overlook.

Juul’s original media campaign, promoted at music events and featuring young models dancing against brightly-colored backdrops, certainly appeared to be charming potential Juulers below legal age. Although Juul has undergone a significant media transformation since its inception in 2015, Instagram accounts of high-schoolers across the country proved that teenage addiction started with the company’s first advertising attempts. As sympathetic as one may be to the futuristic exterior and subtly suave aesthetic of America’s vape of choice, the explicitly childish design of this previous marketing, paired with the youthful appeal of flavor names like ‘Jolly Rancher’ and ‘Blow Pops,’ make Juul’s innocence hard to defend.

The wider vaping industry has certainly capitalized on the teenage popularity of #doit4juul. SourinUSA, for example, sells candy-themed E-Juice varieties on their website and VaprWear, a new production line for clothing and backpacks, markets their products’ ability to conceal a vaper’s activities. Juul’s presence on social media also remains strong: in addition to the flaunting seen on Instagram and Facebook, a faux-Juul was featured in the highly popular YouTube video: “I walked around the club pretending my USB was a vape. *laughing emoji* *laughing emoji*.”

According to the New York Times, the Massachusetts Attorney General is also investigating the company that now owns 72% of the e-cigarette market. “From our perspective, this is not about getting adults to stop smoking,” said Maura Healey, “this is about getting kids to start vaping, and make money and have them as customers for life.” And as the investigation’s provocative word choice reminds us, the stakes are high. A National Institute for Drug Abuse survey from last year showed that a whopping 19 percent of 12th graders, 16 percent of 10th graders, and 8 percent of 8th graders had vaped nicotine within the past year. Cigarette smoking remains the leading cause of preventable death nationwide. Nicotine, a highly addictive chemical, is more concentrated in vape pods than in cigarettes and while the e-cig industry has stressed the health benefits accorded  those smokers who switch to tobacco-free alternatives, research shows that Juul is causing many teenagers to experiment.

After receiving criticism and public scrutiny, Juul has supposedly taken steps to curate a more sober—and more adult—online presence. They have simplified their flavor names, downgrading ‘crème brûlée’ to ‘cream’ and ‘cool cucumber’ to simply ‘cucumber,’ and increased the ages of their advertising models. While it is hard to call smoke and mirrors on a product releasing a benign cloud of vapor, the Indy remains unconvinced about Juul’s professed efforts. Instead, this literary publication prefers to applaud the company’s perhaps truer achievement: the creation of a new, albeit corporatized, English verb. 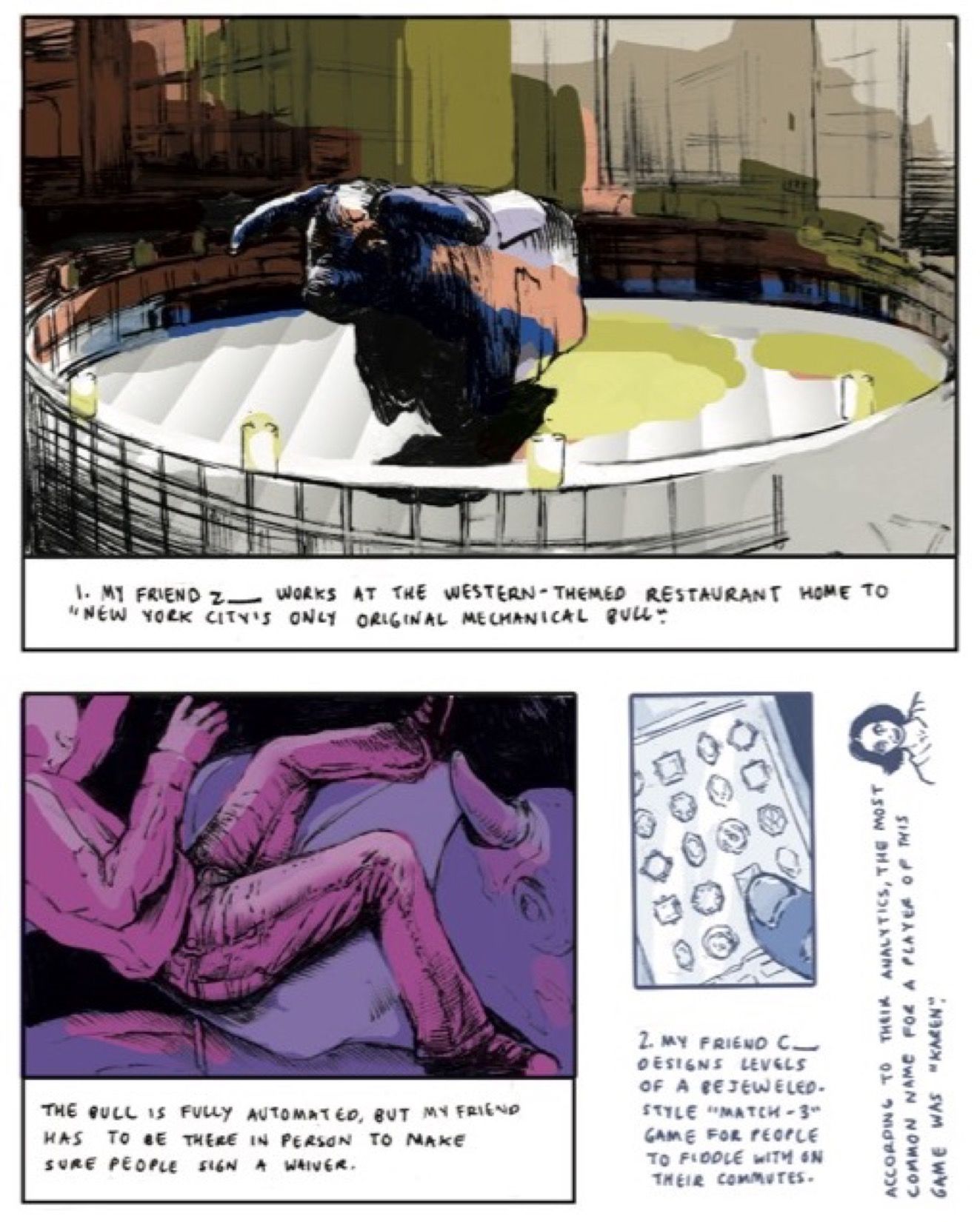