Reversing Minstrelsy in Sorry To Bother You and BlacKkKlansman 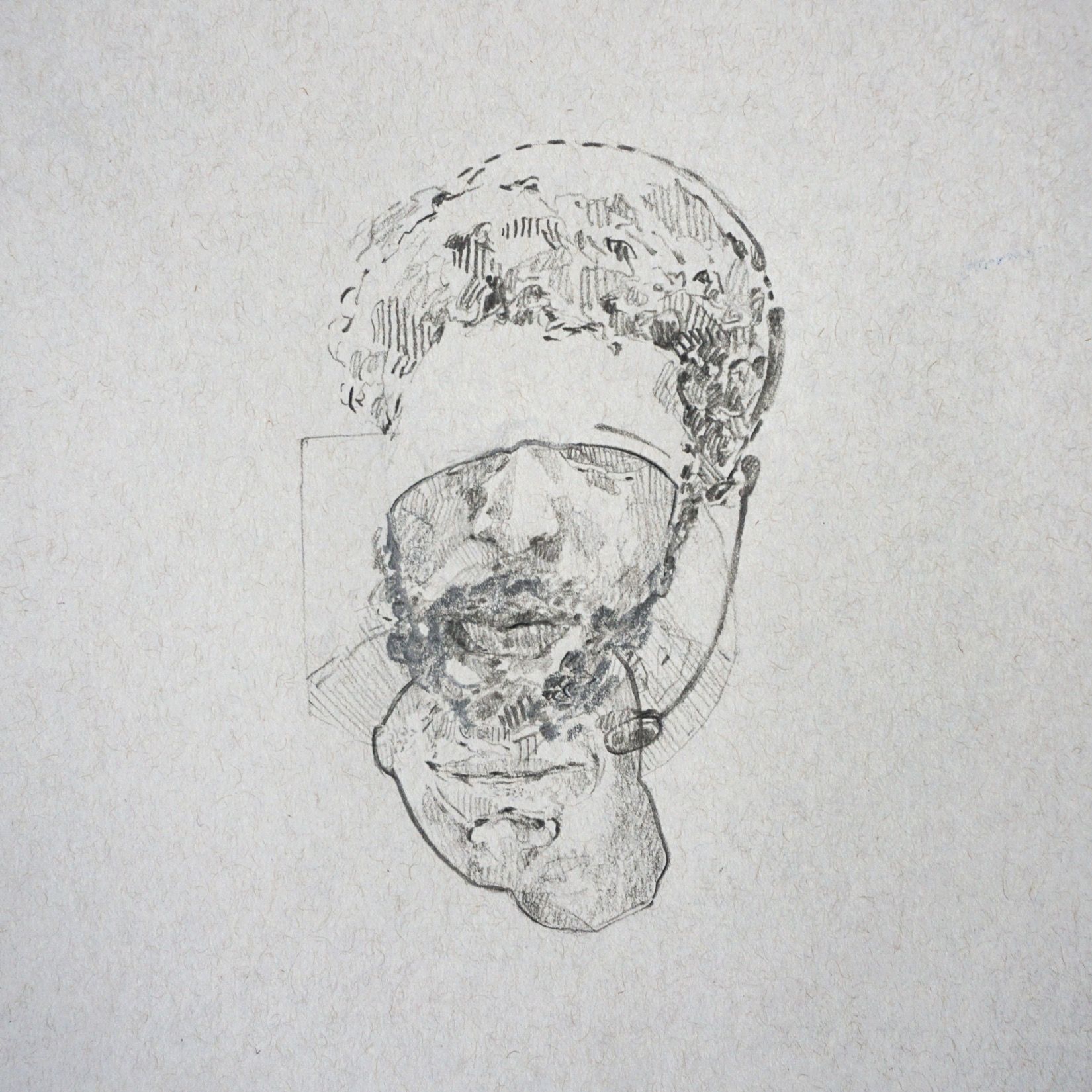 Within a week of Spike Lee’s autobiographical drama BlacKkKlansman being released, Boots Riley, director of absurdist dark comedy Sorry to Bother You, posted a three-page criticism of the film on Twitter. In his post, Riley condemns BlacKkKlansman as police propaganda and outlines the ways in which Lee’s adaptation deviates from the true story of Ron Stallworth, the first Black police officer and detective of the Colorado Springs Police Department, who infiltrated the KKK in the late 1970s. Riley comments on the cop anti-racism inserted into the plot to give the police force a more positive image, such as a fictional scene in which a police officer is recorded and subsequently arrested by Stallworth and coworkers for admitting that he is fine with shooting Black people. Additionally, Ron Stallworth’s significant contributions to the FBI’s infamous Counterintelligence Program (which was established to disrupt Black radical organizations and led to the arrest and assassination of a number of prominent activists) are erased. Finally, the files from the investigation were destroyed, meaning that our knowledge of these events is solely informed by Stallworth’s autobiographical perspective. Riley also pointed out that Lee was recently paid over $200k by the NYPD for an ad campaign intended to improve relations with minority communities, commenting, “Whether it actually is or not, BlacKkKlansman feels like an extension of that ad campaign.” Lee’s response was defensive: “Look at my films,” he said in an interview with UK publication the Times, “They’ve been very critical of the police, but on the other hand I’m never going to say all police are corrupt, that all police hate people of color. I’m not going to say that… I mean, we need police.”

Although at first glance the public disagreement between the directors of the summer’s two most talked about films may suggest entirely opposing artistic visions, the films coincidentally share a significant plot device: ‘ white voice’. White voice is not a new phenomenon. The performance of whiteface is a tradition that extends hundreds of years back to gatherings in which enslaved and free Black people would participate in dramatized appropriations of white-identified gestures, vocabulary, and dress. Reversals of minstrelsy moved from 19th century vaudeville to the 20th century theatrical works of Adrienne Kennedy and Douglas Turner Ward to countless stand-up routines from comedy legends like Richard Pryor, Whoopi Goldberg, Eddie Murphy, and Dave Chapelle. Full-faced makeup is found applied on the Wayans Brothers in the gender-bending White Chicks, Tyler the Creator in music videos and in concert, and even Snoop Dogg posting on Instagram as his white alter-ego, Todd.

The caricatured adoption of white vocal intonation and mannerisms by Black performers functions as a form of comedic shock value with intrinsic social critique—making a spectacle of white culture in order to comment on its simultaneous fetishization and repulsion of Black people. Although whiteface and white voice are not new or shocking, given such an extensive and expansive history, the potential for a potent critique of whiteness nevertheless remains. In Sorry to Bother You and BlacKkKlansman, the deployment of white voice is a deliberate attempt to address a plethora of issues: the public resurgence of white supremacist groups in the wake of Donald Trump’s election, increasing rates of gentrification and displaced low-income people of color, revelations of workers’ rights violations from tech-giants like Amazon, among others.

Set in a surreal alternative version of present-day Oakland, Sorry to Bother You tells the story of Cassius Green (Lakeith Stanfield), a young Black man hired to an entry-level position at a telemarketing firm. When Cassius initially struggles to make sales, older coworker Langston (Danny Glover) advises him to use his “white voice” while he reads his script. The white voice Langston refers to is not a symbolic act of code-switching or adhering to respectability politics, nor is it an imitation of certain vocal inflections or vernacular: “It’s what they wish they sounded like,” he says, “what they think they’re supposed to sound like.” White voice represents the fantasy of whiteness: a sense of confidence, entitlement, and carefree affluence. The fantastical quality of white voice is achieved by dubbing over Cassius’s lines with ultra-chipper vocals from white actor David Cross. The disembodiment of Cassius’s white voice in the form of exaggerated dubbing, as opposed to actor Stanfield simply imitating a white person, gives the voice a mythical dimension. By literally using a white person’s voice, Cassius’s white voice is an impossibility, representative of an unattainable illusion.

The filmic choice to dub also has a deliberately off-putting effect: while at first comedic, the voice becomes increasingly disturbing to Cassius’s girlfriend and friends as he unconsciously slips into it even when outside the office. Additionally, Cassius is called upon to perform racist tropes of Blackness; while at a lavish party thrown by megalomaniacal CEO, Steve Lift (Armie Hammer), he is pressured into freestyling for the other partygoers. He begins with an embarrassingly weak and mumbled flow but, sensing the inadequacy of his rapping, starts repeating the phrase “n*gga sh*t” to the uproarious delight of his non-Black audience. The caricature of white voice acts as a foil to racist tropes of Blackness: in the universe of Sorry to Bother You, only extremes of racial performance by Black people are accepted. Either become the racist stereotype, or conceal your Blackness altogether.

BlacKkKlansman, on the other hand, depicts white voice performed with intentional seamlessness and embodiment. Early in the film, Ron Stallworth (John David Washington) cold calls the local chapter of the KKK and proceeds to utter a stream of anti-Black, anti-Semitic, white nationalist sentiments which elicit gaping-mouthed disbelief from the rest of the police department. Unlike the dubbing in Sorry to Bother You, Ron Stallworth’s white voice is not presented as a separate entity. Faithful to the tactics of the actual Stallworth, actor Washington does not alter his voice while on the phone except for the flourish of an over-emphasized h (“I love hwhite America,”) as a comedic device. Maintaining the same vocal intonation is intended to indicate that differences between Black and white people are mere fictions. When the chief police officer points out the ludicrousy of Stallworth’s proposed plan, suggesting that the KKK will be able to discern his voice as Black, Stallworth replies, “How does a Black man speak?” Stallworth’s response here and the proceeding undercover investigation are meant to dispel socially constructed, essentialized notions of race. While Ron Stallworth continues to speak to the KKK over the phone, pretending to be a white man, his Jewish coworker is recruited to act as him in person in order to meet KKK members. A fluid character of Ron Stallworth is created, extending from a Black man, to a Black man performing as a white man, to a white man acting as the simulacrum of what the audience knows to be a Black man. Not only is Stallworth breaking barriers as the first Black person to join the police force, the inability to distinguish between Stallworth’s performed white voice and regular speech speaks to a larger defiance of racial categorization.

While both films attempt to tackle the concept of race as performance, they offer conflicting strategies for contending with current political and social dynamics through their distinct uses of white voice. Speaking with his magical white voice, Cassius becomes one of the telemarketing firm’s top sellers and is promoted to the elusive, luxurious position of “Power Caller.” As Cassius climbs the corporate ladder, leaving his friends behind as underpaid staffers, he learns the disturbing truth that the firm sells weaponry and human labor through WorryFree, a dystopian late-stage capitalist corporation exploiting legalized slavery. Cassius must grapple with his betrayal of his race and class, ultimately becoming disillusioned with the white voice, protesting WorryFree, and reuniting with his girlfriend to live in their tiny garage-apartment. Ron Stallworth, however, maintains his performance of white voice for the entirety of the KKK investigation and is celebrated by the police department for successfully impeding a planned bombing. The penultimate image of BlacKkKlansman depicts Stallworth and Patrice (his one-dimensional, Angela Davis-type girlfriend) standing side by side prepared to take on the burning cross of the KKK in the distance. Lee frames cop and radical standing in solidarity, united in the fight against racism.

Using a white voice over the phone, both characters consent to partially obscuring their Blackness in order to achieve success; however, for Cassius, this is an act of fantastical disembodiment, whereas for Stallworth it arrives out of an extension of self. The difference in form and function of white voice encapsulates the underlying political perspectives of the films. Cassius and Stallworth both engage with white institutions and social structures, but Sorry to Bother You presents the deeply menacing and harmful consequences to this assimilation whereas BlacKkKlansman positions it as a viable option for achieving liberation from oppression. The racial complexities and critique of economic injustice developed through Cassius’s journey point towards the danger and destructiveness of whiteness and capitalism. In contrast, Ron Stallworth’s fusions of Blackness and whiteness, as well as his failure to acknowledge how his position as a police officer undeniably implicates him in systemic anti-Black violence, unfortunately present him as a perpetrator of white supremacy.

Although the films take place decades apart, they were produced in the era of Black Lives Matter, where Black people continue to be harassed and killed by police, and Black communities ravaged by wage and wealth disparity, job and housing discrimination, limited access to healthcare, environmental racism, general neglect and numerous other quality-of-life issues. To see a film like BlacKkKlansman, in which a Black cop is made a protagonist in fighting racist oppression, feels extremely disappointing if not outright offensive. Lee’s ham-handed parallels between the 1970s Klu Klux Klan and last year’s Charlottesville riots meant to emphasize the persistence of white supremacy miss the mark, given that he refuses to critique the brutal violence and control enacted on Black people by police throughout U.S. history. Rather than the criticism of time-transcending racism Lee sets out to accomplish, the realism of BlacKkKlansman’s white voice ultimately results in an endorsement of assimilation. But, as James Baldwin famously asks, “Do I really want to be integrated into a burning house?”

The apocalyptic ending of Sorry to Bother You gives us a fiery glimpse of this burning house and what can potentially arise from its ruins. Riley dares to tear apart our current reality, producing ruptures which although chaotic, open up possibility for futures not limited by structural oppression­—beyond futures in which “we need police.” It seems then that white voice is best left to the realm of satire and comedy, rather than actual strategic application. There is a twisted power in appropriating the language of the oppressor in order to make fun. In ridiculing the sanctity of the white voice—laughing at its fantasy, its myth, and its authority­—perhaps the entire system of white supremacy can be destabilized and subsequently toppled.