When Yes Means No

On the violence waged despite of, and through, consent 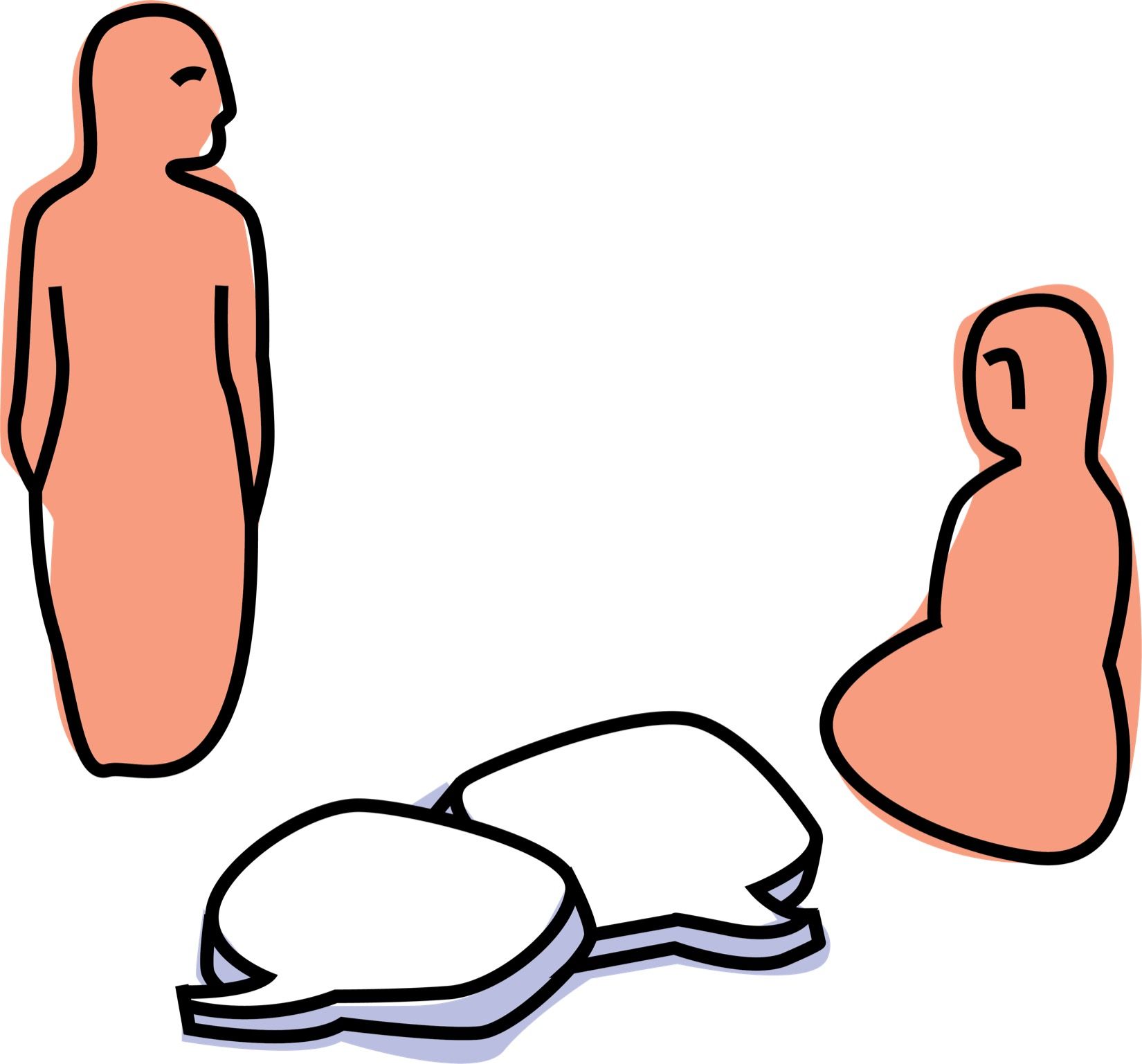 Four years ago, institutions of higher education across the country began switching out “No Means No” for a “Yes Means Yes” paradigm for consent. This was a strategic move to shift the emphasis of campus policies towards a particular type of affirmative consent, one in which the absence of a “no” during any sexual act cannot legally indicate a “yes.” New York and California were the first to legally adopt this model for affirmative consent and catalyzed a nationwide conversation about the politics of consent, both on and off college campuses.

Brown University’s own Title IX office understands consent as an “affirmative and willing agreement to engage in specific forms of sexual contact with another person.” The office further states that “an essential element of consent is that it be freely given” and that it “cannot be obtained through the use of coercion or force.” But who, may we ask, has the authority to give consent, and who has the authority to ask for it? And is consent ever really freely given?

Many self-identified third-wave feminists have voiced, and continue to voice, their support for this policy and the larger, student-driven campaigns that sprung from it. Activist Gloria Steinem and feminist sociologist Michael Kimmel penned an op-ed in the New York Times called “‘Yes’ Is Better Than ‘No,’” in which they praise California’s Senate Bill 967 and, furthermore, call ‘yes’ “perhaps the most erotic word in the English language.” Sexy though it may be, “yes” continues to be a word that carries and conceals an entire host of complex feelings one may have towards a sexual act, along with the identities and personal histories that always inform consent. Of course, affirmative consent is a higher and safer standard of healthy sex. But it also conflates healthy, good sex with contractual and consensual sex, the latter of which cannot ensure the safety of all parties involved.

In this way, “Yes Means Yes” obscures the ways in which consensual sex, too, can be initiated and performed through intimidation and pressure. It renders irrelevant the important, underlying questions behind every sexual interaction: what pressures underpin a “yes?” How do both partners’ levels of sexual experience, genders, sexualities, ages, racial identities, and class factor into who initiates—or, rather, who can initiate—sex? Whose pleasure is prioritized and whose complicity is accepted?

These are questions that white, cis-het feminist discourses (of, for example, the likes of Gloria Steinem) fail to acknowledge in their unrelenting and often reductive politics of sexual liberation and sex-positivity. Cis-heteropatriarchy and other relationships of dominance can, and do, thrive within consensual sex. In fact, consent can often become the vehicle for such gendered, racialized, and classed power structures—the very means of coercion and violence.

Before my assault, I thought I had seen enough presentations and skits on consent—and, well, had enough sex—to understand what forms sexual violation could come in. Those of us who have never been sexually assaulted think we know what it means—what it’s supposed to look like—to trespass lines of consent But had I been taught to know it when I feel it? Have any of us?

Even if educational workshops, bystander trainings, and the very media we consume emphasize the variability of how assault can manifest, their scripted presentations of abusive behavior further solidify normative definitions of what sexual assault looks like. In turn, those who aren’t survivors can compartmentalize and theorize what it’s supposed to feel like to be assaulted and abstract it from their own sexual experiences according to a whole anthology of visual and textual images they have internalized about what sexual violence means—thus placing survivors in a separate category altogether. As dominance feminist Catharine Mackinnon writes in Feminism Unmodified, “We continue to stigmatize [those] who claim rape as having experienced a deviant violation and allow the rest of us to go through life feeling violated but thinking we’ve never been [assaulted], when there were a great many times when we, too, have had sex and didn’t want it.”

Before reading Mackinnon, I used to equate sexual assault to an anomaly: what happened when sex went terribly wrong. But what I overlooked here was the sheer violence inflicted upon me through ‘ordinary’ sex, the sex I consented to—and, yes, even the sex I might’ve found pleasurable. From the night of my assault onwards, however, I began to reflect on this idea of invisibilization and its relevance to even the consensual sex I had had in the past. I realized that there were situations in which I had consented to sex—but only to speed up, and get over with, the act itself.

Rena Gattuso writes in Feministing: “A lot of sex feels like this. Sex where we don’t matter. Where we may as well not be there. Sex where we don’t say no, because we don’t want to say no, sex where we say yes even, where we’re even into it, but where we fear — some little voice in us fears — that if we did say no, if we don’t like the pressure on our necks or the way they touch us, it wouldn’t matter.” In the moment of the assault, I was embarrassed and scared to yell or physically retaliate not because I didn’t want to draw attention to myself or upset him—but because I was afraid he would disregard what I would say and continue to do what he wanted. In this way, it wasn’t so much the physical violation that horrified me; it was the possibility that it wouldn’t matter either way, that in spite of my retaliation, I would be rendered doubly invisible.

In an article titled “The Game is Rigged,” Rebecca Traister of New York Magazine writes, “Young feminists have adopted an exuberant, raunchy, confident, righteously unapologetic... ideology that sees sex — as long as it’s consensual — as an expression of feminist liberation. The result is a neatly halved sexual universe, in which there is either assault or there is sex positivity.” This kind of consent discourse bifurcates sex into two categories: ‘regular’ sex (the sex conducted after consent is obtained) and sexual assault; using this framework, we begin to understand virtually any kind of consensual sex as ‘okay’ and any kind of nonconsensual sex as avowedly ‘not-okay.’

But, after weeks of processing my own assault, I realized that it, too, was sex—or at least a type of sex. To call it assault became, for me, a misnaming of what I experienced, a misidentification of the ways in which 'normal' sex, too, can become the means through which individuals are coerced and abused. To not acknowledge what happened to me as a form of sex transformed, in my mind, into an evasion of the violence of “everyday” sex and the forms it can take. In Mackinnon’s words, “we fail to criticize what has been made of sex, what has been done to us through sex because we leave the line between [assault and sex] right where it is.”

Mackinnon’s words are applicable even to the sex we call bad or unenjoyable. Under the current paradigm of consent, one’s abilities to prioritize one’s sexual partners’ desires, preferences, and comfort is irrelevant to whether or not sex is consensual. Our current discourse surrounding ‘healthy’ sex authorizes those who have sex to disregard the safety and pleasure of their partners, so long as they perform the expectations of obtaining consent.

My own experience of assault changed how I could experience sex from that point onwards and how I understood what safe and healthy sex meant for my own body. I started thinking more and more about consent and its implications—more specifically the question of how much safety, and, perhaps equally as important, how much pleasure my consent could afford me.

Without a radical transformation of sex and the violent power dynamics inherent to it, conversations limited to affirmative consent will continue to ignore deeper questions of who is allowed to claim sexual agency, pleasure, and the privilege of healthy sex. We will fail to account for the dangerous interactions in which both enthusiasm and consent are expected and performed.

This is not to say that I believe all sex is assault, nor to take agency from those who find sex empowering. This is also not to encourage all who engage in sex to claim the experience of survivorship, nor to banish consent entirely from our discourse surrounding sex. My focus is, instead, on dismantling the glorification of consent as the standard that we endorse for healthy sexual interactions. Our communities should be accountable for envisioning and generating discourse surrounding sex that transcends the language of consent and delves into the language of power and implicit coercion. We must name the ways in which sex can be both consensual and traumatic, and we must begin an honest conversation about the violence that even the most enthusiastic ‘yes’ can conceal.

As Steinem and Kimmel write, and as most other contemporary feminist discourses suggest, “‘Yes’ Is Better Than No.’” But it is far from good enough. Consent has proven itself, time and time again, as an inadequate benchmark for understanding the politics of sexual intimacy and the questions of agency that accompany it. It is our responsibility to no longer understand consent as a localized practice but as a politicized, historicized means of asserting agency and pleasure.