The strange popularity of Randy Newman 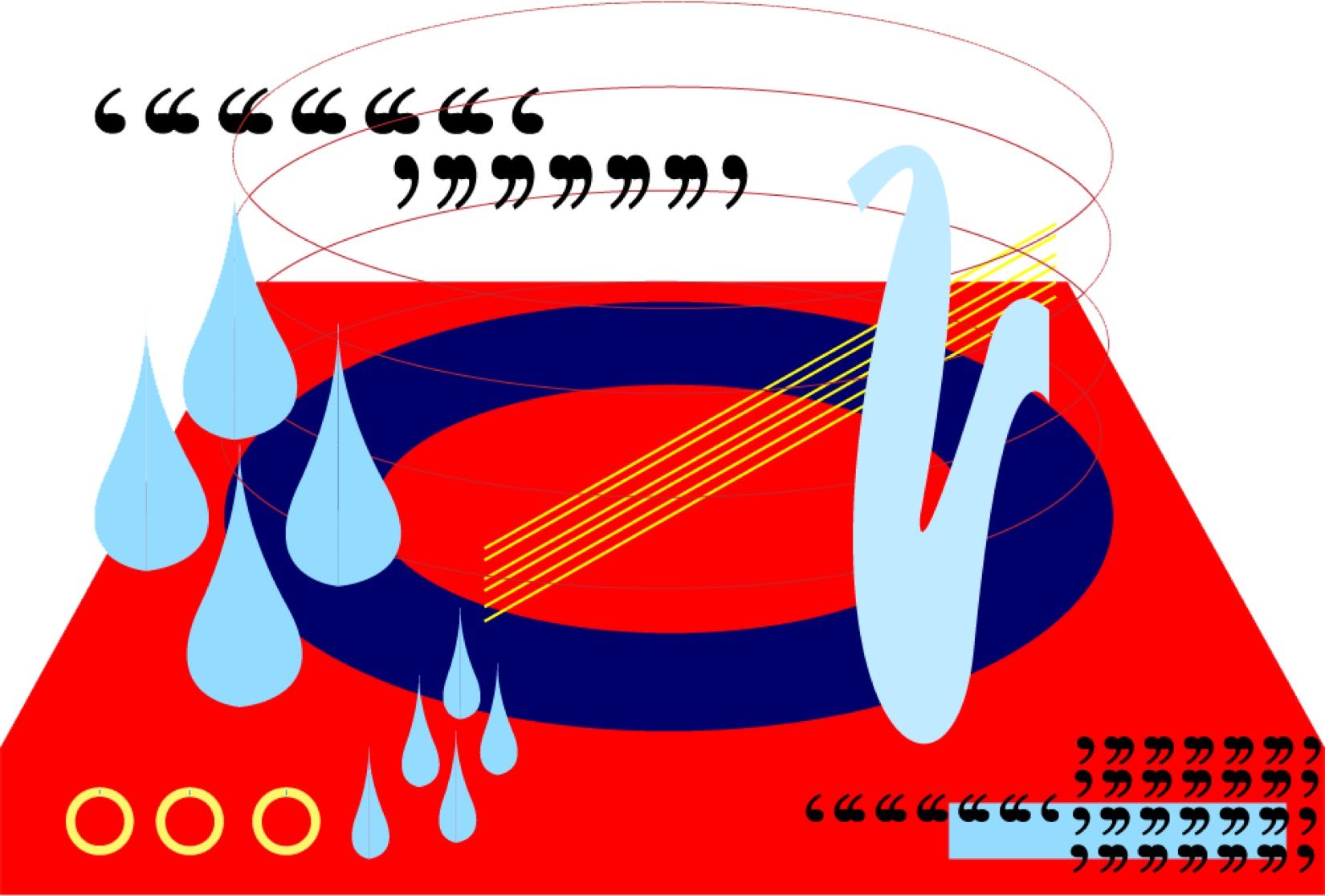 The lyric might be understood any number of ways. Though the promise of rain conjures images of dark and dreary streets, rain can also be cleansing, a natural refresher much needed on difficult days. The full refrain seems to confirm this more optimistic interpretation: “Human kindness is overflowing / And I think it’s going to rain today.” If the goodness of humanity is already full to the brim, then a good rain is all that’s needed to bring all compassion out into the world. Case closed—except there’s more pessimism to be considered.

Each verse of Randy Newman’s “I Think It’s Going to Rain Today,” first released on his self-titled 1968 debut, depicts a desolate cityscape entirely devoid of human kindness, full of “broken windows and empty hallways” and populated by “scarecrows dressed in the latest styles / with broken smiles to chase love away.” Newman’s streets, where one kicks a tin can because “that’s the way to treat a friend,” will not be washed by a cleansing rain, nor one that brings good things into the world. “I think it’s going to rain today,” ultimately, returns to its expected meaning—bleakness.

But take one listen to the record and you’ll immediately feel the song’s despair without parsing a single lyric. Despite Randy Newman’s renown as a lyricist and satirist, his music and arrangements often tell the stories of his songs as much as or more than his words do, often by suggesting ironic contradictions between the lyrics and the meanings he intends them to convey. The lyrics of “I Think It’s Going to Rain Today” may be ambivalent and contradictory, but the full extent of their irony and emotional resonance emerges only after putting them to music; in the first verse, Newman’s voice quavers over slow, soulful piano chords that resolve downwards before repeating, creating the feeling of a sort of cyclical finality, underpinning the hopelessness of the lyrics and the certitude of the prediction of rain in its refrain. Other verses see Newman’s voice suspended weightlessly above a skeletal string orchestra that threatens to drown him out but never quite does, like the rain that never comes. The effect is emotionally devastating.

Newman uses a similar technique on his masterpiece, 1972’s “Sail Away,” in which he uses gospel and Americana musical tropes to accompany his lyrical depiction of a slave trader attempting to lure Africans to join him in the US with a sales pitch of false promises of comfort and freedom. The listener recognizes that these promises will be used against the Africans in America: “In America, every man is free / To take care of his home and his family” is a particularly stinging recasting of the racist logic of the Moynihan Report and its castigation of ostensibly absent Black fathers and supposedly incapable Black single mothers. “You’ll just sing about Jesus and drink wine all day” and “Ain’t no lion or tiger, ain’t no mamba snake / Just the sweet watermelon and the buckwheat cake” identify seemingly universal ideals of leisure, comfort, and piety as weapons for stereotype and oppression when in the hands of whites. Like in “I Think It’s Going to Rain Today,” the emotion of the song comes from Newman’s drawling vocal delivery and the use of traditional (Black) American music. His incorporation of tropes of these traditions, from the woodwinds and brass of the marchlike intro to the gospel chords of the chorus, suggests yet another irony: that the very music of “Sail Away” is a product of the racist history Newman’s lyrics dramatize.

“Sail Away” differs from the Americana of Newman’s contemporaries such as the Band, whose “The Night They Drove Old Dixie Down” is a frustratingly beautiful song with lyrics that are sung from the perspective of a Confederate veteran espousing a version of the racist Lost Cause ideology that casts the Confederacy as a virtuous and nonracist project. In contrast, Newman’s music embraces history not to pose as authentically “folky” (read: white), but to highlight the contradictions of subsuming and appropriating Black musical traditions under a lilywhite banner of “Americana.” While his lyrics are brilliant and edifying, they might be reduced to didactic political satire if not for the expressive historical and cultural quality of the instrumental.

Newman uses irony not merely by singing words he does not mean or believe, but by contradicting and questioning his songs’ meanings through their musical accompaniment. Newman’s music shows the potential of irony in pop music to be radical, in the sense that it both disrupts our emotions and preconceived notions of the relationship between music and lyric and acts as the vehicle for depictions and dissections of deeply complex histories of oppression. In implicating both the music industry and his white audience in his critiques, Newman fundamentally undercuts the anodyne comfort typically native to pop. As his music and lyrics work together to elicit emotions and produce social commentary, he does not provide his listeners the ability to ignore the songs’ meanings by focusing solely on the instrumentals. It is perhaps unsurprising, then, that neither “I Think It’s Going to Rain Today” nor “Sail Away” was a hit. Newman’s best-known songs (outside of his Pixar oeuvre) are “Short People” and “I Love L.A.,” both of which use irony to critique racists and yuppies using their own bigoted and blithely privileged language with straightforward rock accompaniments.

These songs, hummable and driving, are hardly less political than previous Newman songs. But with their big rock and roll choruses (“Don’t want no short people ‘round here”; “I love L.A. / We love it!”) making them ‘radio-friendly,’ the emotional and ironic interplay between music, lyrics, and audience is lost. That “Short People” was in part propelled to the top of the charts due to protests over Newman’s supposed hatred of short people suggests that Newman’s pop allegory for racism was catchy and commercial enough to reach levels of exposure few other songs of such nuance ever achieve. “I Love L.A.,” a critique of Californian pride in the shadow of poverty and homelessness, is played and sung along to when the Dodgers win a game, as if the song is not a condemnation of the arrogance of such a celebration. Once these songs left Newman’s hands and emerged in the public sphere, they became foregrounded not fundamentally as songs of critique, but as pop records. This is all to say that, with commercial success, Newman’s music became ironic in a different sense than before—a better word for it might be ‘subversive.’

The subversive mode, in which critical lyrics are hidden by joyful and singable accompaniments, is much more tolerated in pop music (a genre in which audiences are rarely compelled to listen closely to lyrics) than Newman’s biting and emotionally complex irony. From the Beach Boys’ “Sloop John B”—a peppy proto–jangle pop version of a Bahamian folk song about a hellish sea voyage—to Sia’s “Chandelier” and Kendrick Lamar’s “Swimming Pools (Drank)”—songs whose lyrics denounce binge drinking and alcoholism and yet have been treated as innocuous bangers at countless parties—setting critical or negative lyrics to standard pop instrumentals is nothing new. The subversion of expectations in these songs is not radical, but fundamentally cynical: they consciously attempt to recreate the “I Love L.A.” effect, to compel wide audiences to sing along to songs without considering their ironic meanings. Masking their lyrics with conflicting, conventional music, the artists that create these songs and the industry that turns them into hits are only willing to see their social critiques halfway. Unlike Newman’s critiques in the form of pop songs, these are pop songs that happen to feature critiques. This subverts one expectation of a pop song—geniality and escapism—but preserves an essential element: the profit motive.

This should not suggest that only unsuccessful pop can be radical, or that songs with catchy choruses are inherently corrupt. But if we believe—as the music industry has long wanted us to and music critics increasingly argue—that pop music has the potential to be great art, we have to also understand that this is a potential, not a foregone conclusion. Just because a pop song facilely engages with a social issue, or offsets subversive lyrics with upbeat music, does not make it necessarily worthy of praise as radical art if it conceals its message through commercial pop conventions.

Newman’s brilliance on “I Think It’s Going to Rain Today” and “Sail Away” is his understanding of music and lyrics not as separate entities, but as partners in songs’ forms. Though his lyrics are clever and poetic, they are never the sole focus. Rather, they are in constant conversation and tension with his arrangements, which illuminate and expose the shortcomings of the words and ideologies Newman’s personas use and espouse. Though his songs are ironic, his beliefs are unquestionably genuine. He does not use irony to belittle people or to obscure his meanings in service of a hit, but rather he uses it as a tool to heighten contradictions and imagine new ways to engage with art and culture. Although Americana may not be the chart-topping genre it once was, and Randy Newman may be best known for his super earnest Pixar themes, the only obstacles preventing artists from following Newman in using irony radically to reach new emotional and political depth are profit-enforced genre conventions and the music industry cynicism that has made those conventions the only path to success.

BEN BIENSTOCK B’20 thinks Alanis Morissette doesn’t have the last word on irony in pop.