On Layli Long Soldier's Whereas 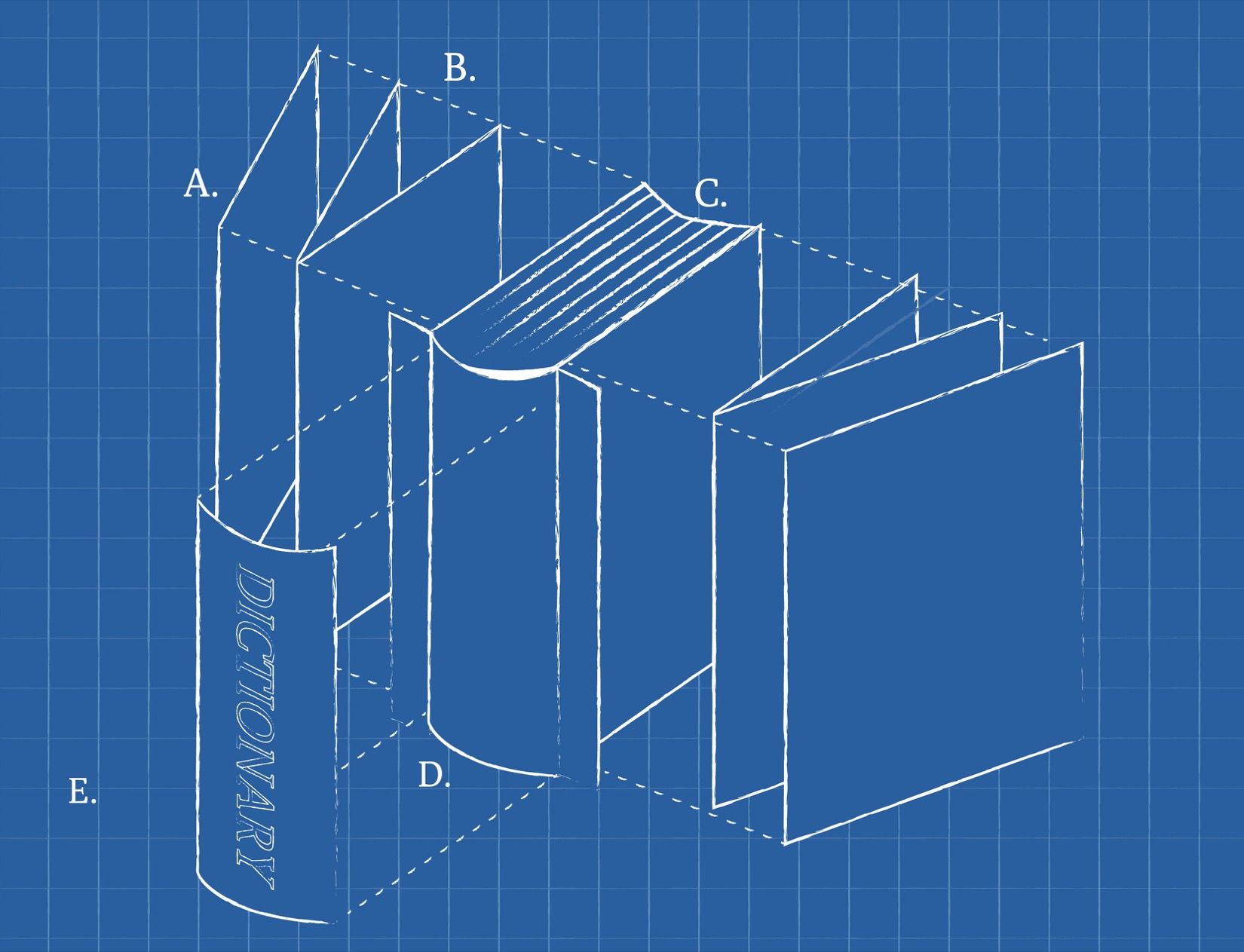 Whereas assemblies of divers persons collected for the purpose or under the pretext of deliberating on public grievances...have of late been made use to serve the ends of factious and seditious persons to the great danger of public peace

Coleridge rightly demands evidence for this claim—“What were the factious and seditious speeches?” he asks—and later in his pamphlet concludes that, “such a Whereas must be a most inadequate ground for the present Bill.” Interestingly, instead of saying something like ‘such a preamble,’ Coleridge uses the term ‘Whereas’ to refer to the Bill’s preamble. The habit of using the term ‘Whereas’ as a legal term marking introductory statements had been practiced since the early 18th century, but it was always used as a mere conjunction, a word connecting otherwise disparate clauses. Coleridge’s pamphlet marks the first time that ‘Whereas’ is used as a noun referring to a legal preamble. As if rebelling against the authority of the bill, Coleridge uses ‘Whereas’, a mere connecting word, to refer to an imperially-sanctioned piece of legislation. As Gertrude Stein passionately argues in Poetry and Grammar, nouns are only interesting when they break the status-quo. “A name is adequate or it is not.” writes Stein, and “if it is adequate then why go on calling it.” By coining a new noun to refer to the bill, Coleridge refuses to call it by its legal name, thereby undermining legalese’s rigid terminology.

But while Coleridge uses this new noun for progressive purposes, namely to attack the content of the bill itself, he largely ignores the linguistic meat of the problem: fossilized terms like the legal ‘Whereas’ are also part of the violence of the law; they grant authority to prejudiced and blatantly false statements. Over two centuries later, Oglala Lakota poet Layli Long Soldier takes similar issue with a nefarious piece of legislation in her 2017 collection titled Whereas (2017), a response to the 111th Congress’ S.J. RES. 14, the first official apology by the Federal Government of the United States to the colonized Native Peoples, passed under President Obama in 2009. The Oglala Lakota People are native to the Dakotas and, like many other Native Peoples, were pushed and confined to arid reservations in the late 1800s. Congress’ Joint Resolution is painfully insufficient, and the following ‘Whereas’ statement reveals the JR’s mottled and bias assumptions:

Whereas the establishment of permanent European settlements in North America did stir conflict with nearby Indian tribes, peaceful and mutually beneficial interactions also took place.

Long Soldier’s poems respond to the flawed and violent content of preambles like the one above. But, instead of creating a new noun to talk about the Joint Resolution, she deconstructs the semantic power of the term ‘Whereas.’ In one poem, she explores the different possible uses of ‘Whereas’:

Whereas, I have learned to exist and exist without your formality, saltshakers, plates, cloth...

In Long Soldier’s case, it is clear that the term ‘Whereas’ is symbolic of a process of colonial categorization that attempts to delineate and control identity. One particularly salient example concerns the term ‘American Indian’, used once in the Joint Resolution and unpacked in one of Long Soldier’s poems introduced by, of course, ‘WHEREAS.’ The poet attempts to describe her estrangement from Lakota heritage, “some sticky current of Indian emptiness,” but an Oxford dictionary regulates her language. “[It] warns: Do not use Indian or Red Indian to talk about American native peoples, as these terms are now outdated; use American Indian instead.” When the narrator adopts this sanitized and imposed category of Americanness, she is pushed further into identity crisis; further into the emptiness of the self:

the term American Indian parts our conversation like a hollow bloated boat that is not ours that neither my friend nor I want to board, knowing it will never take us anywhere but to rot. If the language of race is every truly attached to emptiness whatever it is I feel now has me in the hull, head knees feet curled, I dare say, to fetal position—but better stated as the form I resort to inside the jaws of a reference

The meaninglessness of the umbrella-term American Indian works to obfuscate the unique groups of different Native Peoples. By opposing this terminology, Long Soldier creates the semantic space for other groups to exist and signify something. Audre Lorde’s infamous line, “poetry is the way we help give name to the nameless so it can be thought,” targets this very problem, a problem that Gertrude Stein implies in her essay: nouns are still useful in solving this problem of identity void. For example, the readoption of ‘them’ as a singular pronoun in colloquial speech helps solves English’s limiting selection of gendered pronouns; the term ‘femme’ does similar work. The binaries inherent to languages like English are not inevitable, and coining new terms gives voice to previously muted identities. But while Long Soldier sometimes follows this tradition and coins new English words that express otherwise silent meanings—for example, himherself (used to highlight, rather than replace, the oppressive gender binary), and the frequent conversion of nouns to verbs (“us avalanced empty”)—she often turns to the Lakota language to express otherwise-silenced emotions. Dissatisfied with the English word ‘tire,’ she turns to a Lakota dictionary which provides two terms ‘okita’ (to be tired) and ‘wayuh’anhica’ (to exhaust a horse by not knowing how to properly handle it); confused and unsure of which meaning she falls under, she turns to her father, whose definitions counter the dictionary’s. “How much I must labor,” Long Soldier writes, “to signify what’s real.” Dictionaries as an institution—the authority conferred on these strange records of frozen meanings—fail to pinpoint the human experience; the urge to define and delimit the meanings of any language creates linguistic voids.

Long Soldier’s frustration with the limiting structures of language also has visual and spatial manifestations: not only are meanings deconstructed, but the words and stanzas are disjointed and left hanging. By dividing words in her poem “leftist,” so that syllables form a dripping stream down the page, she forces us to pay attention to the units of non-meaning contained in seemingly-straightforward words:

Encountering these lonely and short syllables, I think of letters urgently trying to escape the page, as if saying: “don’t make me signify this!” Long Soldier often anthropomorphizes poetry in this collection. Perhaps her most poignant example is in “Vaporative” when she describes a poem as if it’s a child, unshackled to explore the world only to return and demand nourishment. Here, a poem’s (often terrifying) interpretive flexibility is as natural a phenomenon as children’s exploratory urges:

The semantic flexibility—anthropomorphized as a child’s independence—that a poet should grant their poems relates to Long Soldier’s use of physical space, the whiteness of the page, the absence of words. Choosing not to include words in a poem can be as valuable as including them, and in Part 2 of Whereas, Long Soldier uses blank spaces to signify the very linguistic voids she witnesses in Part 1. In one poem, she includes specific clauses from the Joint Resolution but deletes and brackets off the English words that control these linguistic voids. Terms like tradition, spiritual, customs, and beliefs that aim to control and define Native Peoples are clearly shown to be semantically empty fillers, linguistic gaps that are shockingly easy to fill. By removing these words, and then dangling them in front of us, Long Soldier shows us the voids, the white holes, that these terms occupy. While the Joint Resolution originally writes, “Whereas the Federal Government condemned the traditions, beliefs, and customs of Native Peoples,” Long Soldier writes:

and on the following page appear the missing words, isolated from the context of the Joint Resolution and therefore robbed of their performative power. By seeing them helplessly swimming in blank space, it’s clear how insufficient these terms really are at denoting anything:

Long Soldier herself explains her reasons for separating these terms:

Long Soldier’s mission in this collection of poetry is largely revealed above: to deconstruct the reductive language of the Joint Resolution and question its assumptions. For Long Soldier, the term ‘Whereas’ represents common terms that only have power because institutions like the law and dictionaries sanctify their meanings. Long Soldier challenges us to detach from typical semantics; to mire ourselves in blank pages and see what comes of it.

Tatiana Dubin B’18 is mired in blank pages.