Bodies of the Water

The Bogotá River and Tequendama Falls 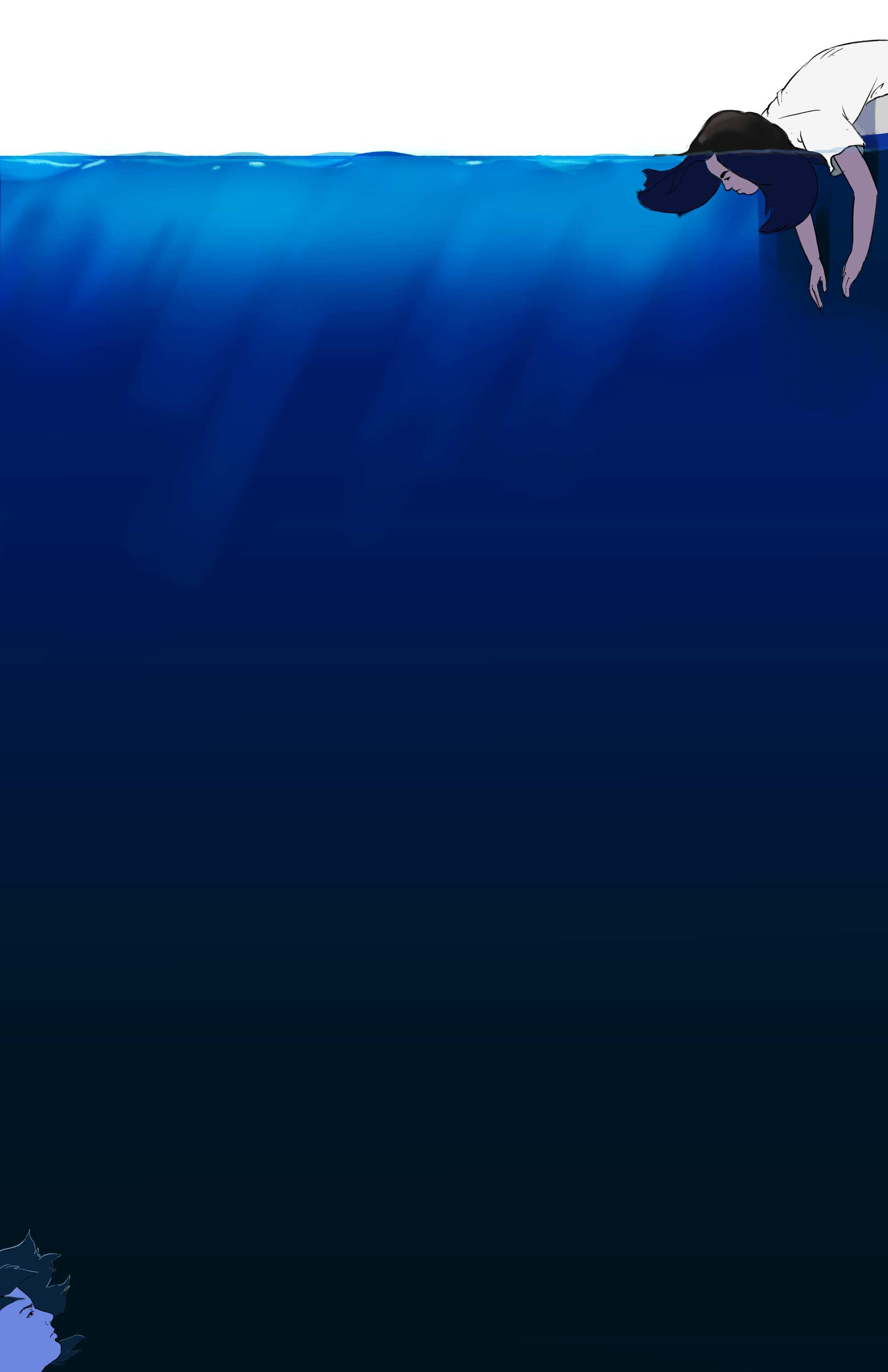 Two great floods are burned into my memories of those days.
Memory, for a child immigrant, often feels like a mirage. Before the landscapes of my new country, I question the accuracy of recollections of home. I thirst for sensory visions of the past as the possibility of not returning to the place I remember stretches wider and wider before me until it meets an interminable horizon. I left 11 years ago.

Yet in rare moments, I divulge a memory that seems surreal to an older person who lived it and hear: yes. They say yes, I remember, then they squint and think eleven years back and trace the geographies of change in our city of Bogotá that dances with the waxing and waning topographies of violence in a country that has borne conflict as it has borne joy for its whole existence.

I am oddly glad to confirm that the two great floods of my childhood days are real.

When the Bogotá river and I first touched, I did not go to her—rather, she came to me. Nobody in my family would dare to touch the river. Perhaps they would have if they could be researchers collecting pollution samples, or making money in the leather industry that dumps its waste in the water. Until very recently, not even the usual North American migratory birds would come to the river due to its contamination: birds who had traveled there for thousands of years.

Ensconced in so much filth, the river had gained a similar disdain amongst the crowds as the disdain shown to poor and displaced people (who are called disposables in popular discourse by anyone who does not share their fate) in our violently classist society. My father said a lot of the life that revolved around the river was displaced when the factories on the riverbank started dumping their waste onto it, a practice that has continued from the Industrial Revolution until today. He called it a dead river, and said he’d declare anyone who drinks the water dead too. Its white chemical foam looks like marble dancing in the current.
The river emanates a bad smell. The city structured itself so that the lowest classes of people would reside near its banks. Due to inadequate living conditions, a lot of trash is deposited into the river. This tragic and immense contamination is paired with the historical amnesia of colonization, allowing people to forget that the river was once filled with life, and that it must be filled with life again. Life has organized itself around the river differently from Spanish colonial ways. Bogotá was once called Bacatá and controlled by the Muisca and Chibcha indigenous peoples. This remembrance cannot be treated as a mirage. The indigenous legacy in the river is material, not a romantic myth.

The Bogotá river came to me, in the first great flood, as it overflowed after heavy rains and inundated the municipality of Chia (moon in Chibcha language) where my school was located. When I was in school I remember a very rural environment, but by 2011 Bogota’s expansion was already reaching the area. Today it is unrecognizable from the open fields that I remember. The flooding was extremely difficult to combat, as Chia was a swampy area, so, for a year, we had school in a rented house in the city.

Sometimes the flooded areas looked peaceful, like reflecting ponds, but then a classmate would quickly remind us of the filth of the waters. In popular culture, people called the river by all sorts of darkly comedic names. They called her river of piss and shit, “el rio chichicaca”. They called her lifeless. They called her by what was dumped in her. They called her a problem that cannot be fixed, a metaphor for our whole country. They called her by the city that forced itself on top of the earth around her. To build Bogotá, the Spanish colonists first built twelve houses in 1538, representing the twelve apostles of Jesus.

I remember my mom talking about learning how to swim river-style in her childhood, and I asked if she ever got to swim in the Bogotá river. She laughed at my ignorance.  “I am not that ancient,” she said. “I swam in rivers in small villages when we got away from the city.”

The arrival of the first settlement of colonizers in Bacatá marked the beginning of the era of death for the river, after endless urban growth was wrought out of of the earth through iron and brick and steel and zinc and blood. They called the river by the chemicals inside of her. The migratory birds didn’t call her anymore, and she didn’t call the birds to her. They, in their journeys to the south, did not recognize her as a safe place to rest. She never stopped calling out however, in a voice more and more isolated from the language we are have no other choice but to speak.
The second flood I remember was the flood of displaced peoples from the war that came to Bogotá. Children were selling things on the street. At the red lights and traffic jams they’d come out selling candy and washing windows.  I remember specific faces. I remember people who had been wounded by anti-personnel mines in rural areas and migrated to the city. When I recently came back to visit Bogotá, there were fewer people on the street, although the conflicts causing displacement remained. I asked my elders, “where have they gone?” The answer was often, “Peñalosa is clearing up the city.”

These days there is talk of decontaminating the river as part of Mayor Enrique Peñalosa’s urban renewal plan. In many residents’ eyes, cleaning the city is akin to getting rid of the “undesirables.” For instance, at the same time that huge efforts are being made to deploy expensive purifying machines and clean up parties in the river, Bogotá is gentrifying its low-income areas at an incredible speed. A low-income neighborhood called el Bronx has recently been completely destroyed and rebuilt, displacing hoards of people. Amidst this chaos, the mayor posted on Facebook yesterday in a celebratory tone that some Canadian migratory birds have been able to come back to the river, finding a home as others are losing it.

The Bogotá river holds the leftovers of the city’s violence and despair. Bogotá has been the center of armed conflict many times, from the riots that began another civil war in the late ‘40s to the M19 guerrilla takeover of the palace of justice, the headquarters of the judicial branch of the Colombian government. Blood and bodies have been spilled in the river. My father told me that during the riots of April 9, 1948, parts of the river flowed red. Rivers flowing red are also present in our literature. In recent years, especially in works about sicarios and narco traffickers, rivers of blood and streets paved with skulls make their way to the pages as they do in my father’s stories.

As the river veers away from the city and into more rural areas, it becomes El Salto de Tequendama. A large and sudden rocky waterfall. Its waters used to flow thick, but today, because of pollution, the stream is much thinner. The site, in an area called Cubsio, is sacred to Muisca indigenous peoples, who have a legend that speaks of a creator breaking the earth open to drain a flood. Other indigenous communities share similar stories about the fall’s creation. Such stories are full of spiritual and cultural significance beyond my understanding.

El Salto de Tequendama is also full of Catholic significance and very provincial paranormal stories, myths, and legends. This is because for years the Tequendama Drop has been a preferred site of suicide. This phenomenon has excited the imaginations of many. Why is this fall magnetic to suicide? Some say it is the steep drop and swift flow of the river that makes bodies difficult to find.  Some say the souls of the dead call out from the river for more to join them. A statue of the Virgin Mary is placed on top of the waterfall to overlook the drop. A plaque is nearby saying that Jesus is the way. In this site, rich stories and blends of tradition collide.

The bloody and contaminated river needs urgent tending, respirators, purifying machines and conflict resolution. Yet who are we to do that which people who have been at war and tending the wounds with fire and dirty water, and dropping the discarded bodies into the river have to do?

Eleven years later, long gone from Colombia, and living in Pittsburgh, I heard of a dead body found in the Ohio River. It felt darkly ironic. Students were laughing. Another dismissal of a river’s past genocide. They had forgotten that many indigenous peoples have died in this river, that colonial wars have been fought in its surroundings, seeing this body as a freak accident. A river that holds coal bargers, where people fish just to throw the fish back into the water, and where kids who don’t mind a bit of filth swim and feel the small fish around their feet. It is beautiful and ugly and not yet on fire. Though foaming with dirt it was not bad compared to where I’d come from. So I swam. I was finally able to swim in a river, with my head out at all times, like my mom did when she got away.