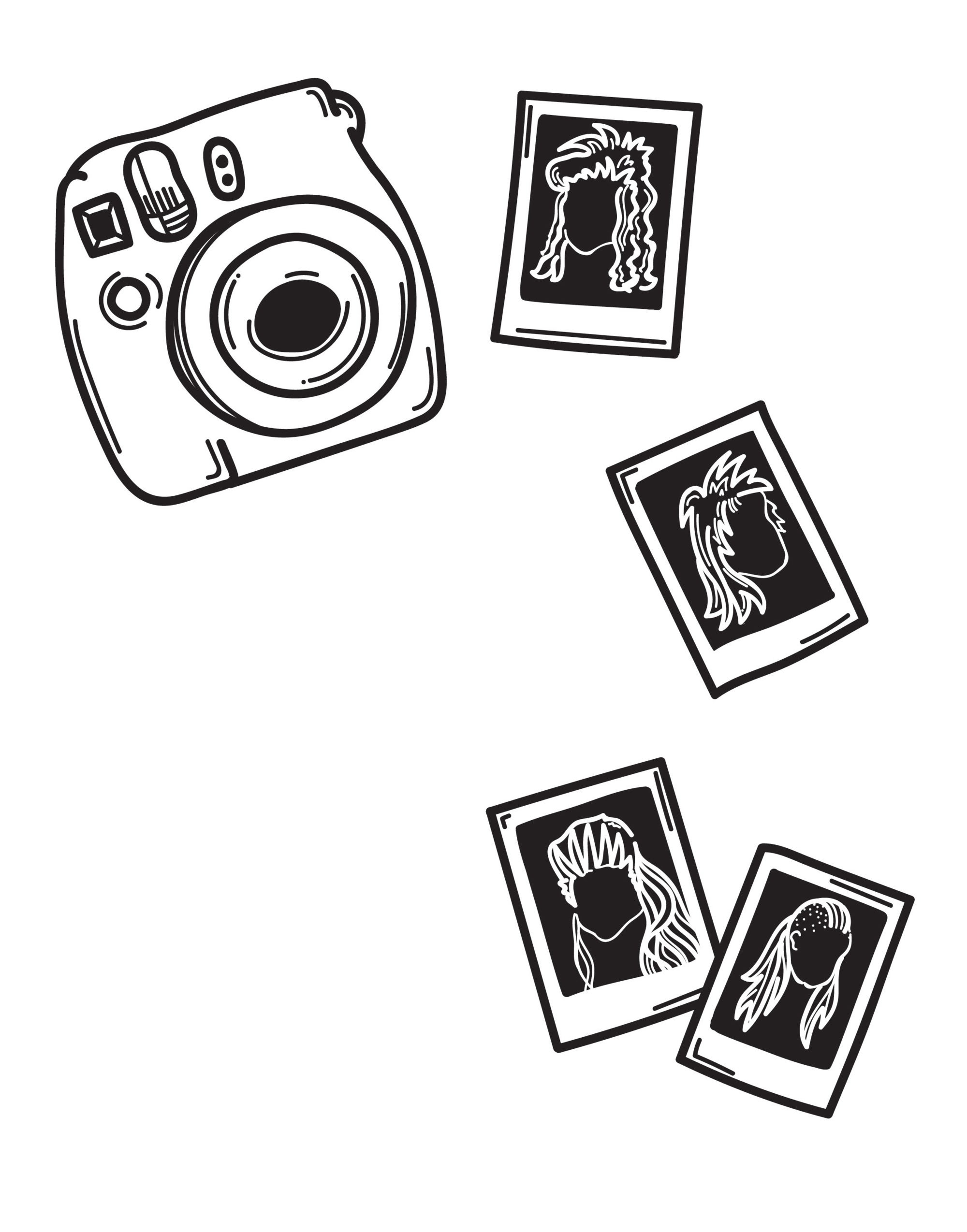 When it comes to national security threats, you’ve heard of North Korea, you’ve heard of Russia’s troll farms, and you’ve heard of the man who threw his shoe at George W. Bush in 2007. What you may not know is that another, darker cloud looms ahead—America’s unfit youth. A retired army lieutenant recently co-authored a report entitled “The Looming National Security Crisis: Young Americans Unable to Serve in the Military.” A crisis indeed.

When underfunded, underserved, and underrepresented communities face decreased food and education access, they’re largely ignored, but when no one can serve in our military because they aren’t fit enough, we have a real crisis on our hands. Forget global warming and chemtrails; the commander of the Center for Initial Military Training has called this lack of American fitness “the next existential threat we have.”

The army has compared its soldiers to its weapons, citing the obvious fallacy that if the army has an entire system of “armorers, mechanics and training ranges” to keep weapons in top condition, what are they doing for its greatest weapon of all—the soldiers? Right now, over 100,000 soldiers are ineligible for deployment because of injuries sustained during training that they weren’t prepared for. With the general lack of fitness in the American public now bleeding into the armed forces, the army is aiming to change its ‘culture of fitness’ through a series of acronymed tests, programs, and services. The Indy recommends cardio.

Unfortunately for the Indy, the US Army prefers to start from the ground up (a very grassroots organization). The APFT (Army Physical Fitness Test) has been around since the ‘80s and involves a measly two minutes of push-ups, two minutes of sit-ups, and a two mile run. Apffft, says the Indy. Now, Command Forces is developing the “Holistic Health and Fitness Initiative” (HHFI), which involves the creation of SPRCs (Soldier Performance Readiness Centers—pronounced ‘Sparks’—intended to serve as centers for psychological and spiritual advice) and the SRT (Soldier’s Readiness Test) to replace the APFT. The SRT must be completed by soldiers while wearing body armor and boots, and includes tire flips, dummy drags, sandbag tosses, and a mile-and-a-half run. In light of this public health crisis, the Indy recommends the SRT also include bouldering up the Statue of Liberty, jumping onto the third rail (shock training) and getting everyone in the military the newest Yeezy Boosts to, well, boost them. Pull yourself up by your Boost straps.

The man spearheading the operation, Major General Malcolm B. Frost, has assured the public that these efforts are truly an investment in the army’s future. Frost is “absolutely confident that the investment we make in this will pale in comparison to the costs if we don’t.” If five acronyms and a seemingly unlimited military budget can’t solve America’s fitness crisis, then what will?

Indy writer SVH to Column Two. This week marks the close of the Aeroflot Open Chess Festival and of another week of chess journalism. The Aeroflot Open, inviting players of varied skill levels from all over the world, is held every year in a 1,700-room hotel in Moscow. Last Sunday, Natalija Pogonina, one of Russia’s best chess players, faced off against Germany’s up-and-coming Rasmus Svane in a match marked early-on by questionable positioning decisions and a lot of action around chess squares C4 and E5.

What is perhaps more interesting than Pogonina’s slow death on the checkered tiles is the reporting niche that is the column “Chess notes.” In what is evidently routine coverage, the Boston Globe’s Chris Chase narrates the rising action between long strings of digits in bold font. “A typical freeing maneuver,” writes Chase after White’s ninth move, beginning a commentary that slowly increases in emotional intensity. “Don’t forget Black’s raging assault on White’s king,” he implores us after move 25.

Chris Chase of the Boston Globe is not to be confused with Chris Chase of FOX Sports, who was deemed, by Twitter, to be “the most hated blogger in America.” Whatever emotions Chase’s ‘Chess notes’ inspire, it is not hate. Nor is it, the Indy doubts, any kind of strong universal feeling.

“17NxD5?! seems dubious to me,” Chase notes. More than simple narrative diversion, this seemingly unprofessional punctuation has specific meaning in the world of chess reportage.  According to Wikipedia, the question mark and exclamation point (known in some circles as an interrobang) indicates a ‘dubious’ move. An exclamation point followed by a question mark, meanwhile, signals an ‘interesting’ one. This code is extensive, including punctuation whose significance ranges from blunders to brilliant maneuvers.

Additionally, the Globe’s daily chess section includes not only the real scenarios in bold, but computer-generated hypothetical moves. “The computers,” Chase writes after move 22, “think that White’s situation is so dire that it requires 22. QxC7 already,” inviting your average ‘Chess notes’ reader to take out a second chess board (assuming they have been diligently charting the game thus far) and plot the hypothetical scenario of a queen capture on square C7.

The Globe continues in the tradition of Chess Notes, a bimonthly periodical published in the 80s and conceived as “a forum for aficionados to discuss all matters relating to the Royal Pastime.”  The Indy wants to know when the death of White’s bishop on square G6 first became news.

The American perception of chess, however, is changing. Chess, enjoyed by 39 million people nationwide, is a game only 11 percent of Americans consider to be a “geeky pastime,”  reported the National Chess Survey with pride. Even President Trump (?!) commented on the phenomenon of ‘grand chess masters,’ stating: “We don’t have any.” While the US certainly does not have any grand chess masters, it boasts a whopping ninety chess Grandmasters, ranking just below Germany and miles below Russia.

Business in the Front, Party Outback

According to the Oxford English Dictionary, the term mullet was “apparently coined, and certainly popularized” by the Beastie Boys in their 1994 chart-chopper “Mullet Head.” In the song, the band categorizes the mullet as a “number one on the side and don’t touch the back / number six on the top and don’t cut it wack, Jack.”

Not only do the Boys describe the hairstyle, but they stereotype those who rock the cut, singing, “You’re coming off like you’re Van Damme / You’ve got Kenny G in your Trans Am / You’ve got names like Billy Ray  / Now you sing Hip Hop Hooray.” Safe to say the irony of their typecasting was lost on the all-white, hardcore punk turned hip-hop group.

Despite the grimaces mullets have been met with in popular culture post-1990, proud mullet-heads from across the globe (or at least across Australia) gathered in Kurri Kurri, Australia at the Chelmsford Hotel for the annual Mulletfest on February 24. Over 150 contestants entered the competition and were ranked in five different categories: everyday, grubby, ranga (ginger mullets), women’s, and junior’s. Unfortunately, only one sheila showed up for the women’s division: an 11-month old infant. The winner of the junior division, 12-year old Alex Keavy told the Guardian he plans to use the $50 prize money to buy his girlfriend a pie.

The winner of the “Best Mullet of Them All 2018” was Shane ‘Shag’ Hanrahan, who has been growing his waist-length mullet since 1986. To put that in perspective, 1986 saw the Chernobyl Disaster, the debut of the Oprah Winfrey Show, the US smoking ban on public transport, and the premiere of Crocodile Dundee. Taking the stage to accept his award, Hanrahan bellowed, “This is the first trophy I’ve ever had. I can’t believe it.” He then chugged a Jim Beam from his trophy and led the performing band, the Stunned Mullets, into a rendition of “Dirty Deeds”  by AC/DC.

Event organizer Laura Johnson (who sports a shoulder length bob with no traces of mullet)  disagrees with the Oxford English Dictionary’s mullet origin: “Here in Kurri, we believe that we actually created the mullet. We’ve had it the longest and we thought we would give our locals a chance to strut their stuff and see if they’re still up with current trends.” While the mullet seems to be the anti-hero of trendiness, Johnson believes Kurri Kurri’s mullets are here to stay. “Some people are just a mullet-wearer in their soul, and it doesn’t matter what the fashion does, they’re going to stick to it.”