Architecture, Columbus, and the possibilities of caring 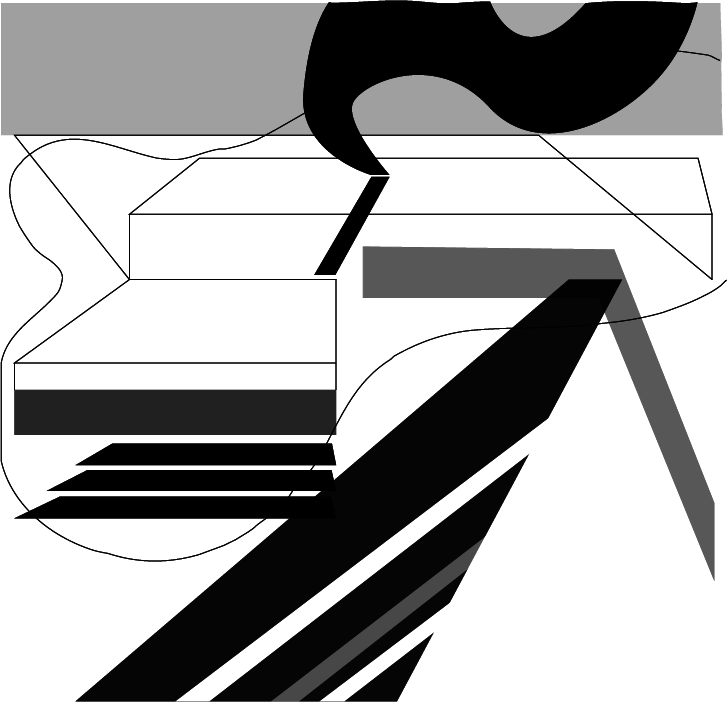 In 2009, Texas Monthly published a long story recounting the relationship between a mother, Ann McClamrock, and her son, John. John became something of a national sensation in 1973 after it was reported that a junior varsity football practice had left him paralyzed. Phone calls and letters arrived from all over the country; players from the Dallas Cowboys paid him a visit, and everyone hoped that John would be able to walk again soon.

But John never did move any muscle below his neck. The press stopped paying attention, John came home from the hospital, and the long period of care began. From 1974 until his death, John relied on his mother for care. The Texas Monthly article, by Skip Hollandsworth, gives us some idea of Ann’s daily routine:

Over and over and over. The days becoming months, and then years. The repetition revealing a twin terror of unceasing labor and, worse, its opposite: stillness, paralysis, death. When John died in 2009, Ann had nothing else to live for. “She wandered through the house, always holding onto a wall, not sure what to do,” Hollandsworth writes. “At one point, she picked up the phone and asked [her other son] Henry for the number of a Dallas department store that had been closed for decades.”

Ann’s recollection of a closed department store reveals a nostalgia that has tilted over into cognitive paralysis, her mind searching for the past exactly where it was buried so long ago. This frozen matter of personal history is embedded in Hollandsworth’s writing, including the decision to begin and end his piece not with memories of John’s life, but with observations of place and real estate. The very first paragraph describes the McClamrock home: “Compared with the glistening two-story mansions that surrounded it, the house looked like something from another time... Its redbrick exterior was crumbling, and its gutters were clogged with leaves.” Thousands of words later, the story closes with the surviving son and brother, Henry, taking ownership of the family home. “The visitor noticed that Henry had started remodeling, pulling out the old shag carpet and repainting the walls. Henry shrugged. ‘I don’t know if I can ever leave,’ he said. ‘This has been a good home. It’s been a very good home.’” Architecture, even in its solid and stationary state, is not exempt from care.

What relationship does care have with forms of creative storytelling? Perhaps for the Texas Monthly piece, the answer is just in the title, “Still Life,” which connotes not only John and Ann’s will-to-live, but also a genre of painting that takes as its subject matter “anything that does not move or is dead.” John’s story has already offered that there is a world of difference between what “does not move” and “is dead.” Yet this is a difference that is difficult to capture in writing, because writing is immobile. The desire for movement is nonetheless one of the latent dreams of the text, a dream that Hollandsworth demonstrates when he recounts a conversation between John and Henry. “‘You know, I never had sex. I’ll never make love to a woman.’ [John] gave his brother a look. ‘Is there any way you can tell me what it feels like?’” Here, the impossible movements of John’s own body and the text unite into the promise and disappointment of narration. Where spatial movement is impossible, there is only temporal motion or narrative.

The question of care grows between the movements of Ann and the stillness of John. This relationship between stillness and movement often becomes even clearer to us in film. Columbus, written and directed by the pseudonymous video essayist Kogonada in 2017, provides the viewer with a series of care-based relationships to navigate against a backdrop of high architecture. When a distinguished architecture professor collapses in the first scene, his son, Jin, flies back from Seoul to learn if his father will recover or die. Jin meets a young woman, Casey, who has left college so that she can stay in Columbus, Indiana to help her mother, a recovering meth addict. What forms between Jin and Casey is a persistent dialogue that forgoes erotic potentials and tensions in favor of conversation and friendship.

This possibility is conditional on the very place where Jin and Casey meet: Columbus, Indiana­­—an architectural wonder full of modernist churches, banks, a conference center, and a gas station. The crown jewel of Columbus’s architectural heritage, and Casey’s favorite, is the 1953 home of J. Irwin Miller, a business executive who sparked the modernist building boom in Columbus by personally paying the fees of architecture firms. Casey’s goal at the outset of the film is to become a Columbus tour guide, a job that encompasses both education (not many people study architecture) and stewardship (keeping the cultural memory of Columbus alive).

As Jin recognizes, Casey’s interest in architecture would have delighted his father, who preached a doctrine of “modernism with a soul.” “He would have loved you,” Jin tells Casey, in a moment that carries its sadness in what is not said—that his father had not loved him much, if at all. He doesn’t hang around the hospital bed waiting for signs. In fact, he actively fears the recovery of his father from the coma, as the professor would expect to return to Korea, where Jin would be burdened by the long-term work of caregiving and performing grief and mourning. “So you don’t want him to get better?” Casey asks. “Maybe not.” The film ultimately leaves Jin still waiting on his father for some kind of end to arrive or for their relationship to begin again.

The indeterminacy of Jin’s relationship to his father is emblematic of the unstable ethics of care. The uncertainty that we can never predict a relationship’s duration or effects is tempered by the certainty that a relationship of care must come to an end, that Jin’s father’s death was always just a matter of time. This same uncertainty innate to care can equally be witnessed through the journalism of “Still Life,” where John understands that his death will leave Ann alone, a state she would find unbearable.

Before Casey can leave to study architecture in New Haven, a series of goodbyes reframes the concept of the end that is essential to any caring relationship. Casey’s goodbye with her own mother reflects the complications of the caring relationship that preceded it. Throughout the film, Casey cares for her mother through the same type of labor that defines Ann’s relationship to John. We see Casey preparing food before virtually all of her interactions with her mother. The goodbye dinner is no different and is even punctuated by Casey leaving her with a collection of recipes. Her mother’s gratefulness is supplemented by a realization of regret, specifically relating to a lack of travel and movement, a regret that also flows through “Still Life,” where Ann and John rarely left their house for decades. Casey’s mom wishes that “[she] had done more things [with her daughter], like taking a trip.”
Through her tears, Casey’s reply is a struggle for words. Eventually she offers a sense of presence: “I loved being with you.” Can Casey’s mother continue the process of recovering from her drug addiction without her? We don’t know. In a reversal of traditional parent-child roles, it is Casey, the symbolic parent, who must move on and leave her mother behind.

As we arrive at the last scene of Columbus and Casey’s goodbye to Jin, her exhaustion is visible. Kogonada surprises us by staging this final parting not in or around a modernist setting, but on the side of road, in a clearing. It is only when Kogonada cuts to a wide image that we see Jin and Casey are surrounded by trees, clearly angled in the same lean and hunched posture as the embrace between Jin and Casey. Contrasting with the straight lines of modernist architecture, these crooked angles bring into question the relationship between our damaged bodies and selves, and the forms of art that strive for wholeness and unity. Before the credits roll, Columbus concludes with a montage of the places Casey has lived. The stillness and silence of these places now, without any people, reminds us of the contradiction of life that is both vibrant and still.

Everywhere where there is life, there must be movement. The cinema knows this, as did the McClamrocks. John was paralyzed, but never completely. He would spend hours reading newspapers and encyclopedias. On weekends, John would shift his head so that he could watch on television the very sport that destroyed him. His friends from long ago would come by and John would tell them, “Come on back, anytime you want. Believe me, I’m not going anywhere.” These two narratives demonstrate the life that can, and must, exist within the paradox of stillness and movement. Against the limitation of paralysis or the static strength of architecture, the depiction of caring specifically features the qualities of life that must remain in motion. As narrative moves forward, systems of care expose the subtle dynamisms within situations rooted in uncertainty and consequence.
When John finally did pass away and Ann was left all alone, with no one to care for her, her hallucinations did not neglect the persistent ideal of movement.  She would stand in the doorway of John’s bedroom, staring blankly at his bed. “Johnny?” she said. “Johnny, are you walking?” The memory of a living John, beyond death, beyond stillness, still wanders on.

JOSH WARTEL B’19 has never been to Indiana.