What do you do when your favorite person dies? 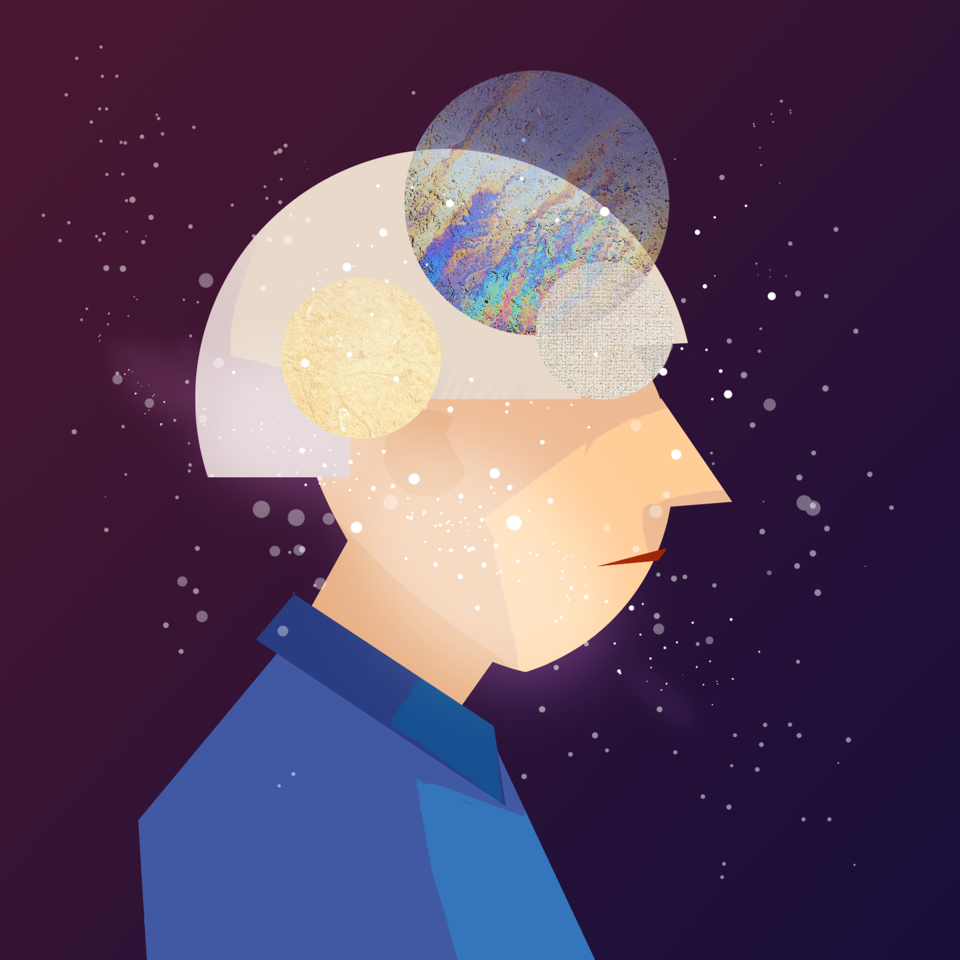 After the death of a great artist such as Ursula Le Guin, the inevitably lesser person writing the memoriam (in this case, me) typically begins by presenting their credentials as a superfan. It is proof of having cared, and cared a lot. Here is what I have read, which is canon but not a lot besides: the five books of the Earthsea cycle, the three YA books ending in Powers, The Telling, The Lathe of Heaven, a few short stories with titles too long to list, and finally the bright, adjacent jewels of her oeuvre: The Dispossessed and The Left Hand of Darkness.

Regular readers of her blog would know that UKL, as she would sign off on posts, had been in poor health since the end of 2016, generally housebound after chronic heart problems took a turn for the worse. I will admit a terrible thing, something I can say only at a distance—since she announced her condition that October, I have been waiting for her to die. And, knowing the end was near, I have been thinking with some desperation about how I would remember her and all the books that she gave us.

In particular, I have been trying to understand her 1969 sci-fi novel, The Left Hand of Darkness. Out of all of Le Guin's books, Left Hand is by far the most famous, and also the one which causes me the most distress. I was convinced, with an almost fervid optimism, that if I understood my thoughts on this book, somehow I could also discern my opinion of its author in general. I just wanted to have a clear and articulated feeling about her, to rid myself of this nameless unease.

At any rate, the premise: it is the future, and a research-emissary named Genly Ai has just been sent on a long-term mission by the Ekumen, a more-or-less benevolent interplanetary consortium preserving human civilization in the wake of some ambiguous, historically distant catastrophe. Genly Ai must visit a newly rediscovered planet and document its people, and as a corollary he must also try to convince its locals to join the Ekumen, and thus the macro-community of humans remaining in the universe. The planet, called Gethen, is very remote, very cold, and very strange. It is also inhabited by humans, but the people there are neither men nor women, because they exhibit “biological differentiation” and sexual urges only at a certain time of month—like periods, but for sex and its organs.

The action of the book is taken up with such various and exciting things as a failed coup, near-death labor camp experiences, and a perilous trek across an entire continent of ice. But the emotional center of the novel is, of all things, a love story. Not only a love story, but a highly conventional love story with aestheticized Romantic suffering at its heart, featuring a death scene wherein one character cradles another in his arms as the dying one bleeds out onto the snow. All of this happens under the open sky in a clearing framed by bare, black trees, the sunset turning to dusk.

This scene is at once poignant and unbelievably corny. I felt embarrassed reading it, but more importantly, I felt a certain anger. I had come to Left Hand expecting something completely new, some sort of liberation. The foundation of its imaginary society is one in which the most specious, colonial, and endlessly reiterated of binaries—male/female—is not only nonexistent but physiologically impossible. Such a premise is almost unimaginably radical, and even UKL’s narrator recognizes his shortcomings in reading the society and its characteristics. Genly Ai refers to everyone as “he,” saying that it seems to him the most neutral pronoun. This, in combination with the love story, is for me the two-punch that snatches the complexity out of Left Hand’s lynchpin relationship. It is a disappointment. Why the sentimental, sacrificial love? Why the preservation of tropes, even without the preservation of supposed difference? In these moments, the spell of the premise shatters.

Perhaps I am being ruined by details. To say that the book hinges on these two points would be completely reductive. Compared to the muscular inertia created by the plot, these are only minor capitulations, minor tragedies, trips and lurches in our navigation of the trackless void towards the possibility of something better. Pronouns have only recently become more than optional—or rather, only recently have our institutions begun disciplining their representatives for not caring before—but pronouns were only ever symptoms of the collective understanding of gender. In Gethen’s varied population of “he’s,” the society shown is one in which the outward signs of gender are absent, but from which gender’s mechanics have not been abolished. UKL said that one of the reasons she wrote Left Hand was to see what it would be like if gender were taken out of the equation. But instead we get chapters that begin with “My landlady was a voluble man,” and assessments of the same character, reading:

He was so feminine in his looks and manner that once I asked him how many children he had. He looked glum. He had never borne any. He had, however, sired four. It was one of the little jolts I was always getting. Cultural shock was nothing much compared to the biological shock I suffered as a human male among human beings who were, five-sixths of the time, hermaphroditic neuters.

I read such a thing and feel whiplash. This new thing, which I thought was different, can only be rendered through the lens of comparative stereotypes. My hope for characterization not monopolized by gender is broken when, inexplicably, the character amounts to a rag doll of gendered tropes. The arena of possibility, it seems, is where the old forms are most strongly reiterated.

In some ways, this impulse reflects a certain honesty. I am often disoriented when trying to reframe my own thoughts about justice. How do we imagine liberation when many of the frameworks that espouse it are themselves agents of oppression? To what extent have I completely internalized the logic of those bent on making me the Other? Audre Lorde suggests that we not dismantle the master’s house with his tools, but the enduring question remains: How? But Lorde’s question has answers. My “how” is not meant to suggest that her question does not have answers. But in UKL’s writing, there is sometimes a near-backward retreat into the kinds of thinking from which her fantastical work was imagined as a place of escape.

This kind of situation represents my greatest disappointment with the structure of UKL’s work. She has always professed an interest in the Dickensian social novel, and for all the ruckus that both fans and haters make about her speculative premises, the stories she creates are not as radical as their settings might imply. Hers are old stories told in new places. In the Dickensian vein, her protagonists are often symbolic figures carried by plots with generally upward moral trajectories. At the structural level, maybe all stories are actually old stories, but for an overtly political writer like UKL to reproduce old structures, hurts, and oppressions in her decidedly new-presenting worlds—it seems both inevitable and inexplicable. I do not wish to make a tiresome program of this argument, but the alternatives that UKL offers in her books—things that I might expect to be visions of unbridled hope—are often presented as weird and conservative inversions. She would ask: Is the opposite of oppressive patriarchy oppressive matriarchy? (“The Matter of Seggri”). Is anarchy inevitably another kind of totalitarianism? (The Dispossessed). Or, can you find resolution with what haunts you only through confrontation and internalization? (A Wizard of Earthsea).

While these are complex questions, and the stories that carry them are masterfully executed, they are fundamentally questions that draw stark binary lines. Yes / No, Fight / Flee, on and on and on. The story performs its delightful plot acrobatics in the middle, and I believe that there is significant, underrated potential in the middle, but looming over it all is an ultimately dualistic choice. Good or evil? Love or hate? Men or women? The Dispossessed bears the subtitle of “An Ambiguous Utopia,” but I do not believe that UKL herself was particularly ambivalent on the topic. Abuse of power exists regardless of political systems, seems to me her definitive answer. It is, as the cliché goes, no surprise. But also: heroic individuals with clear vision have the ability, single-handedly, to speak truth to power. This is the rest of her answer. While I wish to believe in that optimism, UKL’s penchant for heroic individuals undermines the potency of her alternative worlds.

This sort of heroic idealism parallels the way UKL expressed her general philosophical inclinations. Fellow sci-fi author China Miéville once called her “that great dissident-utopian,” referring to the rigor and consistency with which she applied herself to imagining life in the disorganized throes of becoming better. Or, if not better, then at least disorientingly different. Her fiction, and more explicitly her essays, suggests that she believed in a universe circling around a fixed moral rightness, an idea borrowed from the Daoist thought she proclaimed to be her guiding dogma. Daoism, at its core, is not about immutable right or wrong, nor does it really care about the sovereignty of individual actors. But in addition to believing in the cosmic ambiguity of the Dao, UKL also believed that out of the swirl of consciousness, heroes could be identified, and that heroes ought to know good from evil. So while Daoism is not individualistic, UKL remained enamored by protagonists, who she characterized as moving through the great and painful gyre of existence with an absolute tendency toward the righteous.

This, to me, amounts to moralism. But people love moralism; in fact, I love moralism. Righteousness is an orienting and desirable feeling—one of the most comforting in the world. But in remembering UKL in these days after her death, and in the future years of her endless post-death, wherein she will continue to accrue spectacular adoration, I wish we could be honest about her limits. While she may have had ideological ambitions for her fiction, and while her very ambition for ideology sets her apart, I do not think she was entirely successful in imagining how people might act in a different or more liberated world. But even if she did not, in my opinion, arrive at conclusions commensurate to the grand ambition of her starts, she was not afraid to show that her worlds had problems, and that answers could be found.

Her fiction, despite its shortcomings, was audacious in its efforts to describe, in detail, the space between thinking about life and actually living it. Here at the end, there is one strong argument to be made in her favor. Le Guin never forgot that the speculative part of her work was, fundamentally, a kind of political engagement. Society was never without people, and people never acted without consequences. While this structure of one-two determinism was a disappointing weakness in her writing, Ursula always worked to follow through with her characters. They always tried to live in their world, no matter how strange, violent, or impossible it seemed.

ELIZA CHEN B/RISD'19 wishes China Miéville would speak so highly of her.