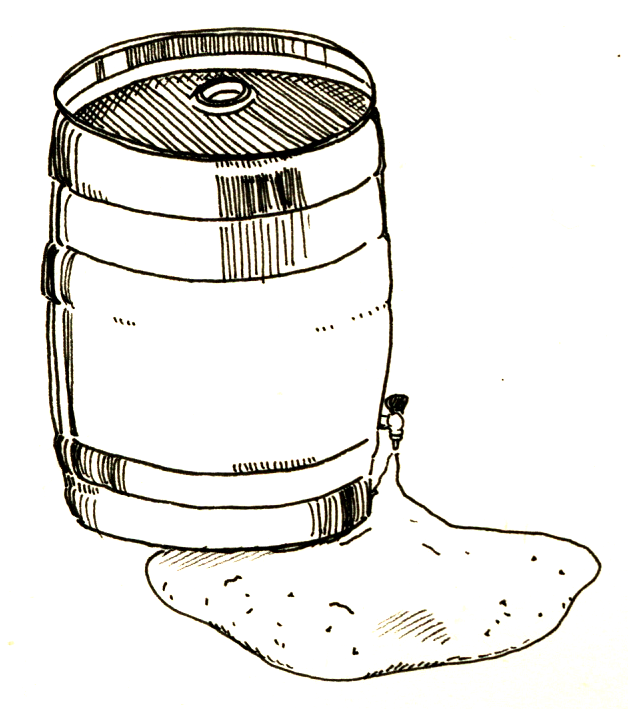 Last week, the Polish Health Ministry released a public service announcement encouraging it citizens to “breed like rabbits.” According to European Union data, Poland has one of the lowest birth rates in Europe at 1.32 births per woman, which has led to rapid population decline. The 30-second video shows rabbits munching on rabbit food, hopping around, and hanging out in the grass. The rabbit narrator tells the viewer, “So, if you want to become a parent one day, you should follow our example. I know what I am talking about, our father had 63 children.” The Indy doesn’t know much about rabbit reproduction, but finds it unlikely that the rabbit’s father gave birth to any children at all. In fact, it seems unlikely that rabbits organize themselves around the two-parent family structure that is common in Poland.

The Polish government seems to be exceptionally concerned about the fact that its citizens don’t know how to have more children: it spent about $800,000 on the media campaign to produce and publicize the rabbit video. The obvious solution here might have been to distribute information pertaining to reproductive health and sex, but that is not the Polish Way. According to the Guardian, Polish government officials wanted to encourage people to have children in a manner that “did not offend anyone and was not vulgar.” The obvious way to do this was to discuss bunny sex rather than human sex. This decision might have unforeseen consequences: perhaps rabbits have so many children due to practices that Poland’s 87.5 percent Catholic population would not endorse.

Since the campaign was launched last week, the government has received immense backlash. Euronews reported that “Famous Polish illustrator and political cartoonist, Andrzej Mleczko, mocked the video by publishing a drawing which showed a rabbit asking a kiosk owner to sell him eight hundred condoms.” The humor in this cartoon was lost upon the Indy: is the cartoon funny because rabbits don’t use condoms? Or is it funny because the cartoonist seems to imply that the problem is not that Polish people aren’t having enough babies, but rather that rabbits are having too many? The majority of the Reproduce Like Rabbits campaign backlash has come from people who criticized the government for spending money on erotic rabbit content, rather than spending money on in-vitro fertility treatment, which lost funding on the grounds that it was too expensive.
It would be very exciting if Polish citizens were turned on by the reproductive habits of rabbits. The Indy, however, is skeptical that more than one or two people will be inspired to have children on the grounds that “all the rabbits are doing it.” The more likely scenario seems to be an explosion in the rate of rabbit births.

Everything is falling into place. You have a reasonably clean bucket for jungle juice, copper wire string lights, and 10 pounds of baby carrots. You’ve synced all the Bluetooth speakers your roommates still have from the 10th grade. Spotify’s ‘Get Turnt’ playlist blares. You walk to the kitchen to retrieve the final touch. You open the refrigerator. Time stops.

You forgot to purchase the taste of Original Ranch® from the valley. You call Whole Foods, all they have is one 16 ounce Hidden Valley® Old-Fashioned Buttermilk Ranch. It’s not nearly enough. Isn’t all ranch buttermilk ranch? you wonder. Buttermilk is one of the most important components of ranch; it’s like selling a ketchup flavor called “Old-Fashioned Tomato.” What the hell is that?
You know what you need to do. You Google, “I need five liters of ranch immediately.” The search returns articles on buying ranches to diversify your investment profile. Shit. You file the tip away for later. You type the same sentence into Microsoft Word 1997, and Clippy, your favorite intelligent user interface, responds “It looks like you’re having a rager and need five liters of ranch immediately, would you like help?” Clippy understands.

He takes you to the Flavour Gallery online store page, “Hidden Valley® - Mini Ranch Keg.” It measures 9.7 by 6.3 inches and is stackable. Safety is your utmost priority; you worry it doesn’t have an FDA approved coating. It does. You rest assured your ranch will taste fresh all night long. You wonder if it’s sensible to provide this much ranch at your gathering since the keg has over 20 times the amount of recommended daily saturated fat and you’re only having four people over.

The keg is $50 but by your calculations you could buy the same amount of ranch at Costco for $24.92. It’s a statement piece, you tell yourself. They have another item, “Holiday Ranch Fountain,” which would be perfect for a more formal occasion. It has four easy to assemble tiers and includes a “jolly fountain skirt.” It’s stunning, but doesn’t fit the vibe. You add the “If you can read this bring me ranch” socks and the “Peace Love Ranch” canvas tote to your cart alongside the keg. You check out; free rush shipping. It arrives right before your guests.
The rest of the night is a blur, but someone grammed you doing a kegstand with the caption “legalize ranch.” Low-hanging fruit, ripe for dipping.

On November 2, Lakeland, Florida resident Donna Byrne was arrested and charged for driving down a busy highway while under the influence. This writer has witnessed—and, to be fair, participated in—his fair share of I-95 shenanigans, but on that infamous day Ms. Byrne beat all of it out. The accused was not found driving a Mustang Sally, but she was driving a mustang that could well have been named “Sally.”

Authorities responded to a 911 call about a woman who seemed confused and possibly in danger, making little mention of a five-to-six-foot-tall, thousand-pound ungulate. They arrived on the scene to find Ms. Byrne mounted atop Boduke with a blood alcohol level of .161—twice Florida’s legal limit—and charged her with animal neglect in addition to the aforementioned DUI. Byrne will receive misdemeanors for those charges, although she will likely get Boduke back in her stable.

To be clear. Animal neglect, driving under the influence—these are no jokes. And to that point, the arbitrary nature of our “justice” “system” is on full display when the Polk County Sheriff’s can’t decide if a horse is an automobile-like object with no agency, or a sentient domestic animal, dependent on Homo sapiens for its well-being. Who would be able to follow a law that law enforcement hardly knows how to apply?

Anyway, I do have to wonder just what circumstances put Byrne in the mood to trot down the highway. Perhaps the erstwhile equestrian was reliving a halcyon youth in the saddle, performing a drunken dressage beneath the eyes of an imaginary audience. Unexpectedly found beyond her limits, sacrificing legal innocence for the sake of her art. How many people dream of Olympic gold until, without knowing it, they’ve settled for a routine? Once, long ago, I myself wanted to be a sprinter like Usain.

Ultimately, Byrne’s horseback adventure might be a message from the future. And by the future, I mean the past. Fossil fuels threaten ecological collapse. Meanwhile, sustainable alternatives like electric cars remain under the control of dubious, money-hungry weirdos like Elon Musk. A large-scale regression to horseback riding could be our only hope for Earth’s preservation—and something’s gotta put that Eisenhower-era infrastructure to use after we give up all our machines. Justice for Boduke, a medal for Byrne, life for planet Earth.