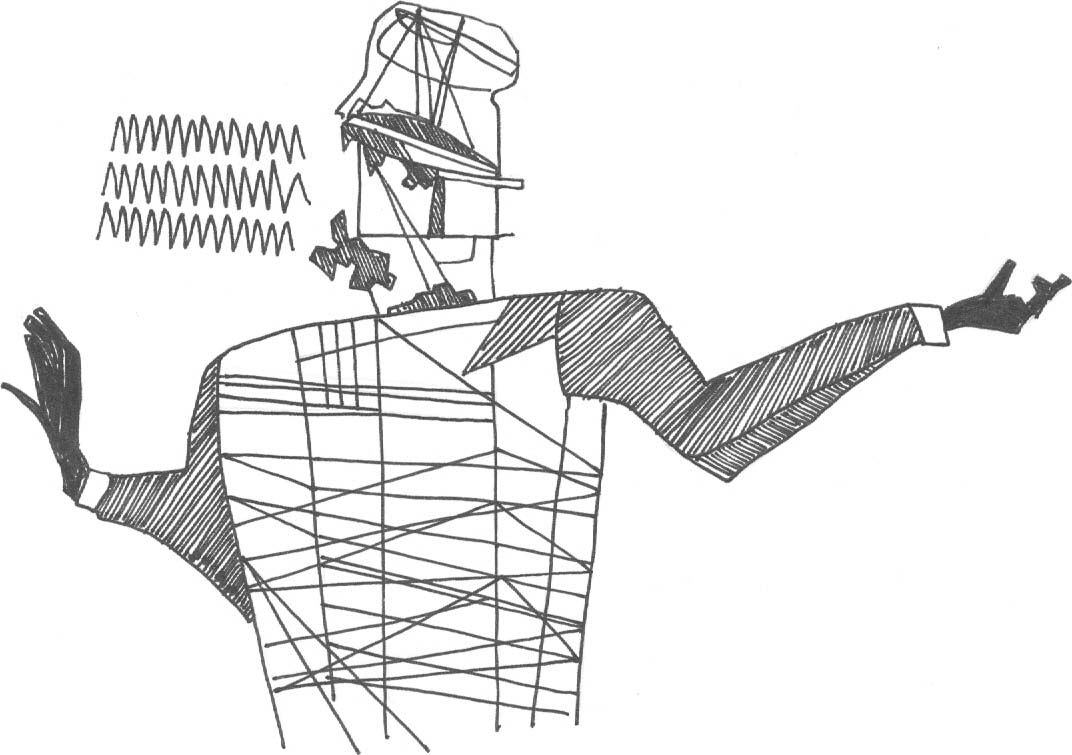 Taking a stand may be hard on your knees, but it means you can back up what you believe in, at least in the figurative sense. Because sometimes standing up actually means taking a stand. Plus, standing burns calories, and you hardly have to do anything. It’s cheating, like tofu ice cream.

BIG TEX IS BACK

The Texas State Fair opened this past week. With it came the debut of “Rebuilding Big Tex Body and Soul.” The film is a 22-minute biopic about the ruin and resurrection of the legendary 52-foot tall cowboy that stood watch over the fair for the past 60 years. Commissioned by the Dallas Morning News, the film features vignettes from Roger Staubach (famous Dallas Cowboy) and other iconic Texans, all of whom agree that Big Tex is more than just a cowboy: “Big Tex is Dallas.”

From 1952 to 2012, Big Tex stood as the sentry of the State Fair, which opens on the last Saturday of every September. Tex was born as a 49-foot tall papier-mâché Santa Claus made to attract holiday shoppers to Kerens, a Dallas suburb. But after two years, he was purchased by then-State Fair President/Dallas Mayor R.L. Thornton, who would pull him from the roadside into the spotlight. Doffing his red robes for a flannel shirt and a cowboy hat, Tex soon picked up a corporate sponsorship (from Lee Dungarees, and then Dickies). In a few short years, he established himself as an indelible figure in Texas state lore.

But, on October 19, 2012, tragedy struck when an electrical fire set Big Tex ablaze. Fair-goers could do nothing but look on in horror as Tex burned helplessly to the ground. Documentarian Tom Ford referred to the subsequent days as “a vigil—mourners brought flowers, said prayers, and shed many a tear over Tex’s charred remains.”

Pulling itself up by its bootstraps (as Texans are wont to do), the city rebounded by commissioning an engineering firm for “Operation Fried Chicken,” a top-secret mission to resurrect Tex.  Though the blueprint remains classified, the clandestine operation yielded a Super Tex—steel frame, blinking eyelids, a moving, speaking mouth, and, of course, an intricate fire suppression system—to the tune of $500,000. A beautification process (Tex’s size 96 shoes can’t shine themselves) is slated to cost an additional $600,000.

Putting Tex back together represented an even greater challenge. In the dead of night on September 10, Tex’s various appendages were transported to a secret workshop for assembly, each truck taking a unique route as to avoid being tailed by ardent enthusiasts.

New Tex, a full three feet taller and 19,000 pounds heavier (in keeping with the contemporary American demographic), was scheduled for reveal September 27. However, no white sheet could contain the 55-foot monolith—a gust of wind blew his cover a day early.

No matter—Big Tex is as American as small government (or no government), and if there’s anything we can agree upon, it’s the imperative nature of big, bad, flame retardant Americana.

Most important of all, Big Tex stands. –AS

on monday night, the us senate and House of Representatives played hot potato with spending legislation that would keep the federal government open the next day and beyond.

The atmosphere was tense in the House, and some representatives took to self-medicating their anxiety. October 2, Representative Alan Grayson (D-Florida) confirmed in an interview with Salon that some representatives had been drunk while voting the night before the shutdown. “It’s the usual suspects,” said Grayson.

Tipsy representatives must have wished the worst fates imaginable on Ted Cruz, currently the most visible Tea Party member of the Senate. The week before the shutdown, the Republican senator from Texas mounted a self-proclaimed “filibuster” in opposition to Obamacare, speaking for 21 hours. His plan? To convince the Senate to adopt a spending bill that would fund the federal government in exchange for stripping funding from the Affordable Care Act. In August, the Republican-backed bill passed in the House but was projected to fail in the Senate.

So Cruz took a stand and vowed to continue speaking until the Senate heard him. He quoted a Toby Keith song. He broke out his Darth Vader impression. He read “Green Eggs and Ham,” arguing that the American people “do not like Obamacare in a box, with a fox, in a house, or with a mouse.”

When the time came to vote, Cruz’s colleagues quickly kicked him off the podium with a 79-19 vote and approved a spending bill that would not defund health care, 54 to 44.

Cruz is no Wendy Davis: the so-called “filibuster” did not delay proceedings at all. It was a stunt to gain attention for the speaker, who’s got his eyes on the White House in 2016. This sort of grandstanding is common for Cruz and his like-minded colleagues, and health care in particular gets their blood boiling. “They are literally offended by the idea that people would get the care they need to stay healthy or alive even though they can’t afford it,” Grayson said.

The two chambers failed to reconcile the two bills; on October 1, the Federal Government shut down for the first time in 17 years. 800,000 federal employees face furloughs, and a million more go to work without pay.

Cruz’s response to the shutdown, once it happened, was to blame the president. On Wednesday, Cruz took to Twitter to “#LetTheVetsIn” — slamming Obama for “imposing his destructive, far-left ideology” by closing the World War II Veterans’ Memorial and other monuments.

But all is not lost. The National Zoo tweeted Monday night that all the animals will still be fed and cared for. –EW

- “I’ve got the drugs…can you meet me at pizza place?”

- “You have the right to remain silent…”

We’re all adults here, so let’s just get the details out of the way. Nicholas Delear Jr. is a 33-year-old man who sells pot in Sparta, New Jersey. Earlier this week Delear was arranging a transaction via his cell phone, and he accidentally texted a local detective instead of his client. Delear, to his credit, became suspicious when an undercover police offer met him at a nearby pizza parlor and tried to initiate a transaction. He fled, but was quickly apprehended, and a police dog found a quarter pound of marijuana in his car.

Before you get too smug, let’s pause to recognize how impossibly slim the chances are of accidentally texting a cop when you’re trying to set up a drug deal. Delear did not goof up and text his stepmother, or his boy Fitz, or any of the numbers that are actually in his contacts. He dialed a seven-digit sequence that he had never before dialed in his life, and it happened to be the worst possible number he could have dialed. The 2010 United States Census reports that the population of Sparta, NJ is around 19,722 souls. Of those, there can’t be more than 300 police officers—and that seems like a generous estimate. So Delear had a roughly .015 percent chance of texting a cop before you even factor in the permutations and combinations of seven digit phone numbers within a fixed area code. It boggles the fucking mind.

It’s so easy to picture: Delear Jr., lying on the couch watching “Chopped,” brushing Cool Ranch Dorito crumbs off of his Devils sweatshirt and trying to remember how long ago he put his chicken nuggets in the oven. Confused by the unfamiliar visual planes of iOS 7, he tries to type the number of one of his clients. If we give him the benefit of the doubt, he’s maybe just one number off. If that number is a 1 or a 7 instead of a 4, the text goes to some Geology major at Monmouth or a retired actuary and, yeah, Delear has a little egg on his face, but he doesn’t go to jail. It’s not Scarface in the hot tub, or Pablo Escobar running from the Colombian police, because those things aren’t nearly as statistically epic as Nicholas Delear Jr., on his cell phone, ending his drug-dealing career in the most improbable way we’ll ever see. –SR