Puerto Rican migrants and the future of a people 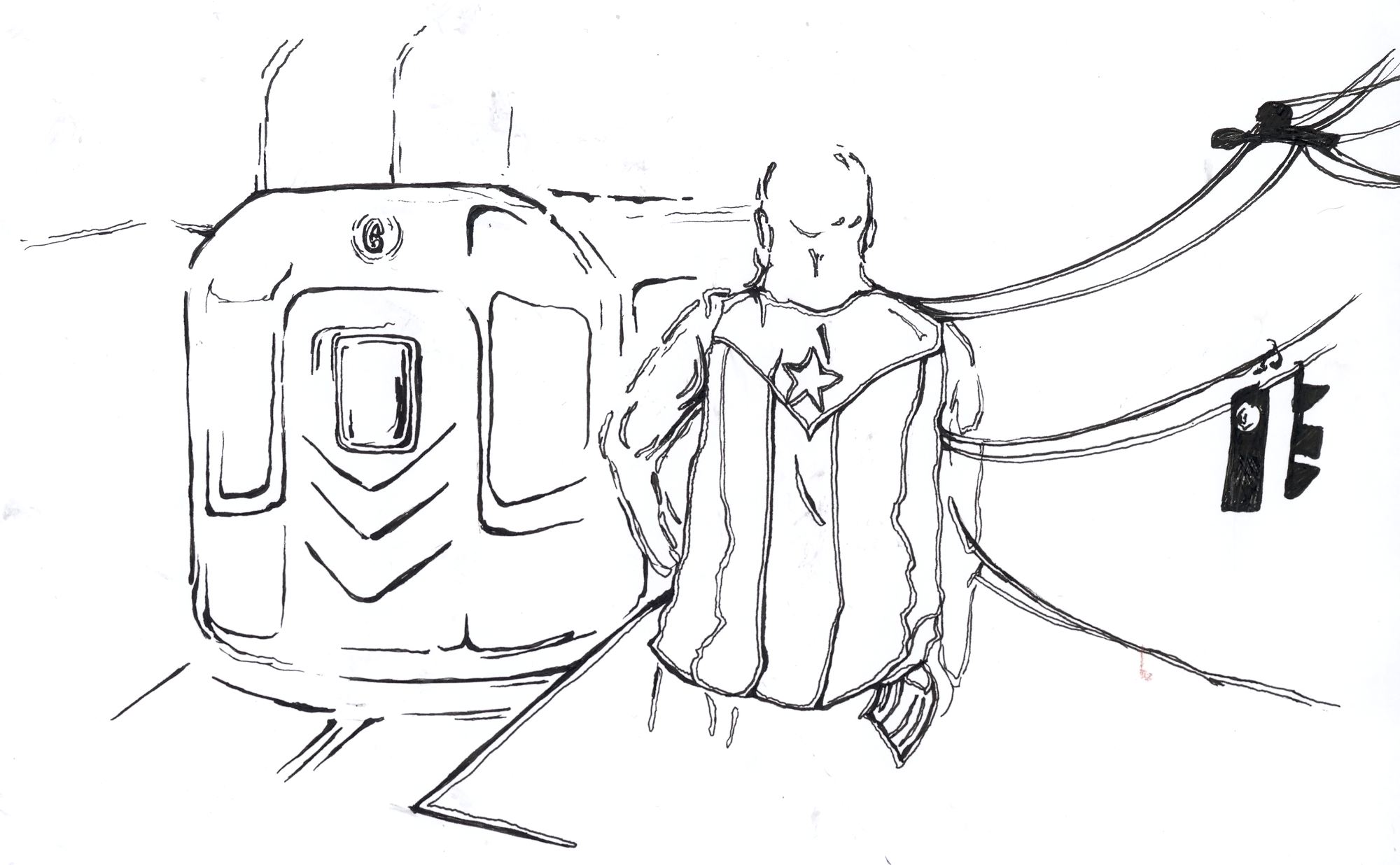 There are few things more difficult to talk about, even fewer to be hopeful about, than the future of my island. Puerto Rico, first hit by a crippling debt crisis that gutted its job market and public services, is now in its second month without electricity, water, or cell signal. Recovery will likely take years, if not decades.

The Puerto Rican exodus has been a topic of interest among American journalists since 2014 when the US Census Bureau reported over 200,000 islanders had migrated to the mainland between 2010 and 2013. Hurricane Maria is bound to intensify this migration, with most Puerto Ricans looking to emigrate to Florida and Texas. In a statement on October 5, Florida governor Rick Scott announced, “Since October 3, more than 73,000 individuals arrived in Florida from Puerto Rico through Miami International Airport, Orlando International Airport, and Everglades Port.”

“A vast internal migration is upon us,” wrote José A. Cabranes and Félix López in an article for the Washington Post, “as tens of thousands of Puerto Ricans, possibly one million or more over time, choose to move to the US mainland.” Interestingly, the two kinds of conclusions drawn from this prediction either deal with the migration’s impact on US politics or its impact on the island’s economy. Neither thinks about this migration’s impact on the Puerto Rican people, a community that has for decades come to include populations outside the island’s geographical boundaries.

The Puerto Rican people—not only the 3.5 million people who live on the island, but also the 5.1 million people who are scattered across the mainland—have suffered in the wake of this hurricane. The media’s attention isn’t coincidental, and the pressure to cover the story isn’t foreign, but domestic. Puerto Ricans on the mainland are American citizens with real historical and material links to those in crisis. If most Americans still can’t remember that Puerto Rico is part of the US, it may be strategic to include the five million Puerto Ricans in Puerto Rico’s national imaginary. However, expanding the definition of what it means to be Puerto Rican has had a complicated past.

In 1969, a group of Puerto Ricans in New York set piles of rotting trash on fire. The garbage had been left to decay in the community of El Barrio, even though the Sanitation Department was just up the block. The Young Lords, a group of young, passionate, and patriotic Nuyoricans (Puerto Ricans born or raised in New York City) dragged the trash that had been left in the summer sun into the middle of street so that it would block traffic on Third Avenue. The fire was an extra touch—if the Sanitation Department was so busy, maybe the NYPD or Fire Department could come. While they were at it, maybe they could investigate why government services were forgetting to pick up trash in Puerto Rican neighborhoods.

The New York City Young Lords Organization was founded by a group of mostly Puerto Rican students from SUNY-Old Westbury, Queens College, and Columbia University. Inspired by the Black Panther Party and the Young Lords branch in Chicago, the group grew out of the Civil Rights movement and the Vietnamese War protests. Student unrest, a growing consciousness of labor movements, feminism, and Black power were all part of the political context within which the new Puerto Rican radicalism developed. From their insignia—an illustration of the island with the slogan Tengo Puerto Rico en mi Corazón, (‘I Have Puerto Rico in My Heart’)—to their educational programs on Puerto Rican history and culture, this Nuyorican-led  movement preserved a sense of nationality in spite of islanders’ accusations. Unlike island-based political organizations, the Young Lords included migrant communities’ narratives in the struggle for Puerto Rican liberation.

In this way they stood apart from the Puerto Rican Independence Party (PIP) and the Nationalist party, both of whom rarely addressed the injustices faced by Puerto Rican communities living in the United States. Their exclusion of migrants, who were mostly of working class backgrounds, mirrored their inability to retain a mass following back on the island.

Historically, the struggle for independence was not represented by the bulk of the native ruling and working class, but rather was the political project of a radicalized sector of the middle-to-upper class. Local intellectuals—especially college professors, scholars, and writers—occupied a role disproportionate to their numbers in the construction of a nationalist discourse and thus helped to cement lower-to-middle-class resentment against a political faction it perceived as having an outsized influence over the country’s politics. Their focus was on the ways immigrants assimilated into American culture, rather than the ways migrants preserved their Puerto Rican identities. This tendency propagated  negative perceptions of migrants, discouraged the study of diaspora experiences, and silenced the important work of US-based activists.

A program in this vein took place in 2003, when the University of Puerto Rico created a Bilingual Initiative Program (BIP) designed to prioritize diaspora processes and sensibilities and highlight the intersections of diaspora and citizenship belonging. One of the program’s objectives was to recruit and enroll Latinx students at the University of Puerto Rico and to include them in conversations of Puerto Rican culture and identity. By doing so, the administrators sought to repair the separate histories and forge stronger connections between island-based Puerto Ricans and migrants.

“It’s really interesting to watch how the students—having the BIP kids in the same classroom, they begin to notice and to think about how that other Puerto Rico is part of the Puerto Rican story… that the island of Puerto Rico can’t stop at Vieques and Culebra,” explained one of the program’s professors, Mariana Feliciano. At the core of a vision that was more expansive and inclusive in terms of who belonged as a Puerto Rican citizen, was an understanding that their differences should not be viewed as deficiencies. “There’s a misunderstanding of what the Puerto Rican entity is,” Julio Diaz, another professor, contextualized responsibilities to the diaspora, “for Puerto Ricans what happens ‘over there,’ what happens in and to the homeland or the diaspora, conditions what happens ‘here.’”

But the repercussions of years of scholarship that had excluded diaspora experience from Puerto Rican identity made the program’s efforts to include them a delicate and carefully negotiated task. The hybrid and flexible character of migrants’ nationality pushed against narrow notions of belonging to a geographically bounded nation-state. While most of the students who were part of the program had never doubted their identification as Puerto Rican while living in the States, once in Puerto Rico, some found that these identities were contested. For example, Adamary Muñiz explains, “Everyone swears I’m a Nuyorican. People are putting me in a category that I don’t belong in, just because of their assumptions. And they’re all amazed when they found out I was born here. I’m like, ‘Does that make me more Puerto Rican to you? What’s the difference?’” While the islander’s rejection of emigrants is expressed in the diffusion of negative stereotypes, the separation between the two peoples is further reinforced by the lack of formal study of the diaspora throughout the academic curriculum.

Today, networks of care between Puerto Rican communities on the mainland and island are most visible in the wake of Hurricane María. There was a lot of panic when the island’s cell service collapsed and people weren’t able to get in touch with their relatives. News outlets weren’t covering the hurricane’s aftermath with the level of specificity Puerto Rican mainlanders needed. Desperate to know who exactly was safe and what survivors needed most urgently, Puerto Ricans on the mainland took it upon themselves to gather and share this kind of information.

One such person is Patricia Pichardo, the founder of the Puerto Rico Maria Updates Facebook page, which even Univision News uses to provide municipality-by-municipality updates. In an interview with the Atlantic, Patricia Pichardo, who was born and raised in Puerto Rico, but lives and works in Atlanta, Georgia, explained that she organized the page the morning after the hurricane made landfall. “I said maybe if I can get enough friends and enough friends’ friends to join, then maybe I can reach a critical mass where I’m able to hear more inside news than just by browsing my newsfeed alone,” she said. At its most rapid growth rate, the page added 1,000 new members an hour, and generated hundreds of new posts and dozens of documents detailing logistics, supplies, and safe lists.

Other mainlanders have focused on gathering funds which will be crucial in the months to come. José Diego Torro, a current student at the University of Pennsylvania, used the networks of Puerto Rican communities in the US to set up a gofundme that raised more than $200,000 in one month. His Facebook group, Students for Puerto Rico, connects 850 Puerto Rican students across the US with updates on new fundraisers, benefits, and new projects. These crowdfunding and crowdsourcing projects rely on existing familial and community lines that have defined the Puerto Rican experience and its relationship to the US.

Today, mainlanders are more likely to refer to themselves as Puerto Ricans in the Diaspora. The name better communicates our sustained relationship to the island and also helps us contextualize their efforts to channel US support. The colonial legacy has often necessitated the need for self-determination and has led to the production of fervent and essentialized notions of what it means to be Puerto Rican. A large part of this comes from the historically binary opposition between American and Puerto Rican culture—one English-speaking, the other Spanish-speaking; one Protestant, the other Catholic; one Anglo-Saxon in origin, the other Hispanic.

While national boundaries have practical implications for people’s daily lives as well as long-term political repercussions, especially in colonial settings, it may help to think about the future of Puerto Rico in terms of its people and not just its resources. In doing so, I don’t mean to relieve the US government of the burden to care for an island it is legally bound to serve. I mean instead to highlight the work of the communities on the mainland, to recognize and legitimize their pain, and to suggest that we include them in future conversations about Puerto Rico—not as separate, assimilated communities, but as part of a larger community still healing from years of colonialism, economic exploitation, and most recently, a storm with a historic impact.

SORAYA FERDMAN ’18 is hoping to go back home this winter.