A meditative exploration of the egg 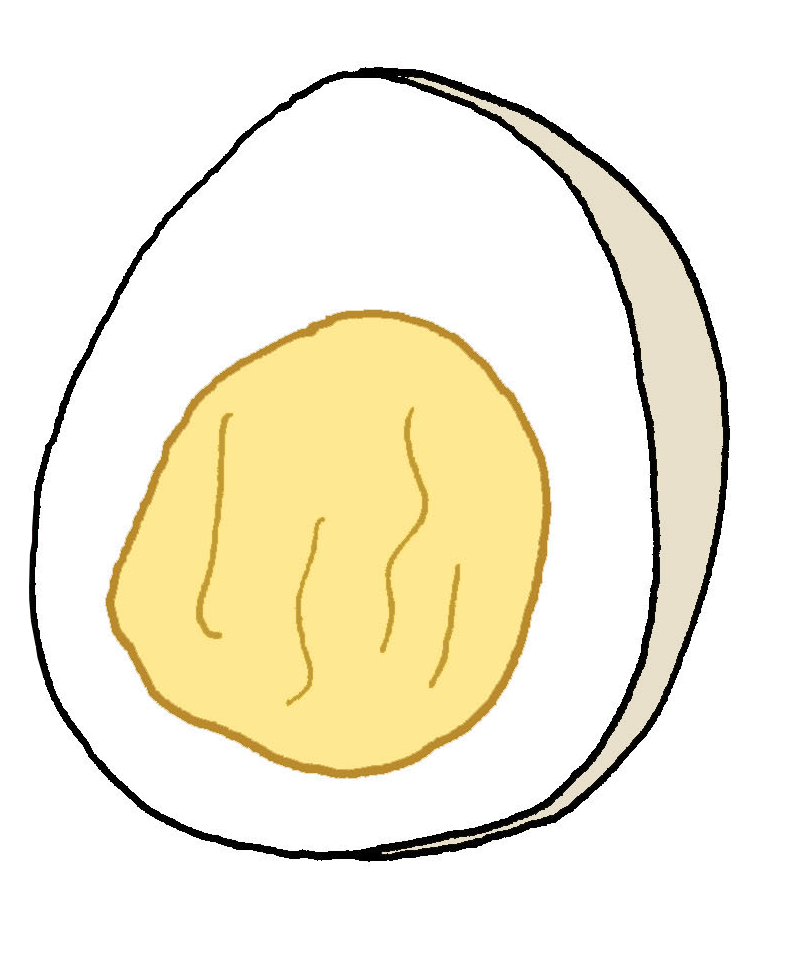 She sits hunched in the small wooden crate, feathers plumed, motionless. I slip my fingers underneath her feathers to feel the hotness of her crop, and immediately she shifts her body, adjusting to my intrusion. Clucking softly, she settles her body over my human hand, this foreign form that she perceives as an egg. I am overwhelmed by her intimacy.

Occurring across species in the avian world, as well as among amphibian and reptile species, broodiness represents a state in which chickens demonstrate overprotectiveness toward eggs they lay—and even eggs laid by other chickens. This condition, characterized by hens spending extended periods of time sitting in the nest, forgoing food and water, raising their body temperature, and sacrificing everyday activities in order to protect and incubate the eggs. Broodiness affects some breeds of chicken more than others and arises whether the eggs are fertile or unfertilized. Perhaps most perplexing, however, is the fact that the hen remains unaware of the difference between a fertilized and unfertilized egg, and of whether the egg belongs to her or another hen. The broody hen positions herself over the egg, as we attempt to situate the hen in relation to the egg. Some positions are always shifting.

Tease apart notions of binary and separateness and we discover the liminal, in-between spaces that bodies, intimacy, and becomings occupy. Challenge the forces that serve to limit connectivity in interand intraspecies relationships, and we develop a more inclusive context in which to define bodies. The condition of broodiness is paramount to investigating the relationship between hens and eggs, and the way humans consider the egg in relation to the hen proves crucial to the way in which we evaluate the intimacy of the hen-egg relationship, the egg as a bodily form, and the integrity of the egg.

Emphasizing rhizomatic connections and notions of entangled chronologies, philosophers Gilles Deleuze and Félix Guattari consider becoming to be a complex change that does not concern itself with progress, but occurs due to both internal and external forces that act on bodies to ultimately become. Casting aside ideas of filiation and concrete progress, a becoming only “concerns alliance” and ultimately “produces nothing other than itself.” Rejecting biological or familial relations as connections through which bodies become, they instead use alliance to evoke a sense of association that occurs through involvement with a body different from one’s own. The egg is a body, a form through which the outside world can form alliances and involvements. Unable to distinguish her own eggs from other hens’ eggs, a broody hen will sit on an egg in the nest, forming an alliance with the egg through physical contact and sacrifice—sitting, warming, constantly repositioning, defending it from other hens, sacrificing her own health for the sake of the egg. In the words of the philosophers, the hen and the egg’s relationship, neither influenced by filiation nor identification, produces a “block of becoming, a block of alliance.”

IV. A (Nest) Box of Becomings

In viewing life in the nest box, we can apply involution, evolution’s inverse, which exists as a creative process that causes forms to constantly dissolve and is not concerned with differentiation. There are obvious relationships between the hen and the egg: the broody hen produces the egg and then broods over it. Or, the broody hen did not produce the egg, but recognizes it as an egg—something the hen knows her body produces—and therefore broods over it. Yet, these assignable relations fail to explain the seemingly inexplicable nature of broodiness, and so they remain nothing more than filaments of reason, as fragile as the cobwebs strewn like ghostly netted sacks in the rafters of the henhouse. Referencing Deleuze and Guattari’s theories on becomings, literary scholar Mark Hansen points out that creative involution allows for an “unnatural participation” that ultimately highlights “the only way Nature operates—against itself.” The hen sitting on an unfertilized egg epitomizes “unnatural participation” and seems to align with the idea of Nature operating in a non-logical manner. When a hen broods over an unfertilized egg she did not even lay, nature acts against itself, dissolving barriers of rationality and filiation. This remarkable phenomenon allows the hen and egg to involve with each other, to become in the same nest box as she toils with the intimacy of tactile contact, warmth, and positionality.

Intimacy, an expression of care created through tactile contact and familiarity between bodies, represents one of the driving forces involved in the becoming of the hen and unfertilized egg. In her work with cup corals and her explorations of interspecies relations, Swedish researcher Eva Hayward challenges the physical barrier that separates species in order to highlight humans’ relationality to other species, exploring the way texture and touch allow us to enfold “elements of each other within ourselves.” This emphasizes how bodies are affected and ultimately changed by intimate interactions, ultimately producing a becoming for the actors involved. The physical nature of this intimacy highlights how tactile communication affects the interiors of bodies as they communicate, activate, and impress upon each other. For the hen, the egg’s existence as an entity able to support life proves inconsequential in her expressions of intimacy. Unconcerned with whether the egg will really develop into a chick, she constructs her own sense of reality by becoming intimate with an entity she deems worthy of more gentle handling and tender care. The inner biological process that occurs during the formation of the egg, as well as the hen’s broody actions—using her beak to fold the egg under her feathers and hiding the egg from the outside world—allow the hen to enfold elements of herself into the egg.

In reconsidering an unfertilized egg as a permeable membrane, rather than a three-dimensional cell, we can envision it serving as a barrier between an inside world and an outside world, receiving stimuli, or affections, through intimate tactile contact. The hen’s intimacy warms the egg, and the warmth passes through this “permeable membrane,” impresses on the egg, and raises its internal temperature. Similarly, physical elements from the egg’s environment—such as excretion, dirt, and the hen’s bodily fluids—may over time (as the bloom disintegrates and the shell becomes more porous) seep through the egg’s shelled form and penetrate its interior, changing the makeup of the egg’s inside world. Here, just like a cell found in the body of a multicellular organism, the egg enfolds these elements of the outside world into its interior, allowing for a becoming with the outside world beyond its “membrane.”

Like the yolk suspended in the albumen, held in place by two chalazae, the unfertilized egg remains suspended in the liminal space between living and non-living, anchored by intimacy and enfoldings. The egg’s enfoldings and inner complexities save it from existing as a non-living form and allow it to occupy a space of liminality. To broadly classify the egg as a non-living entity would strip it of its complexity and its capacity for becoming.

The yolk, anchored to float in folds of membranes and fluid cushions, epitomizes the egg’s position in the in-between space of living and non-living forms. By serving as the lifeline of a developing chick, the yolk functions as the center, or essence, of the egg. If the egg itself is a yolk suspended in enfoldings, then the egg’s enfoldings and intimacies, which render it existent in this liminal space, produce the egg’s becoming into a suspended space of living/non-living. As Deleuze and Guattari posit, “a becoming produces nothing other than itself.” The egg’s own interior anatomy of enfoldings and intimacies provides a model for the brooded-over egg’s becoming into a liminal position between living and non-living worlds.

The Science of the Egg 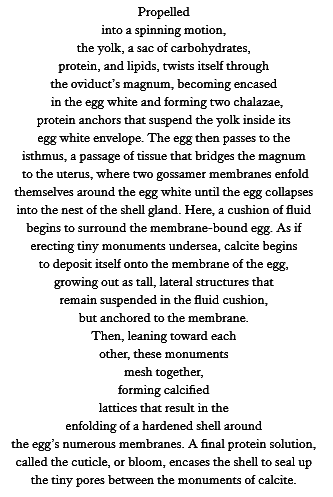 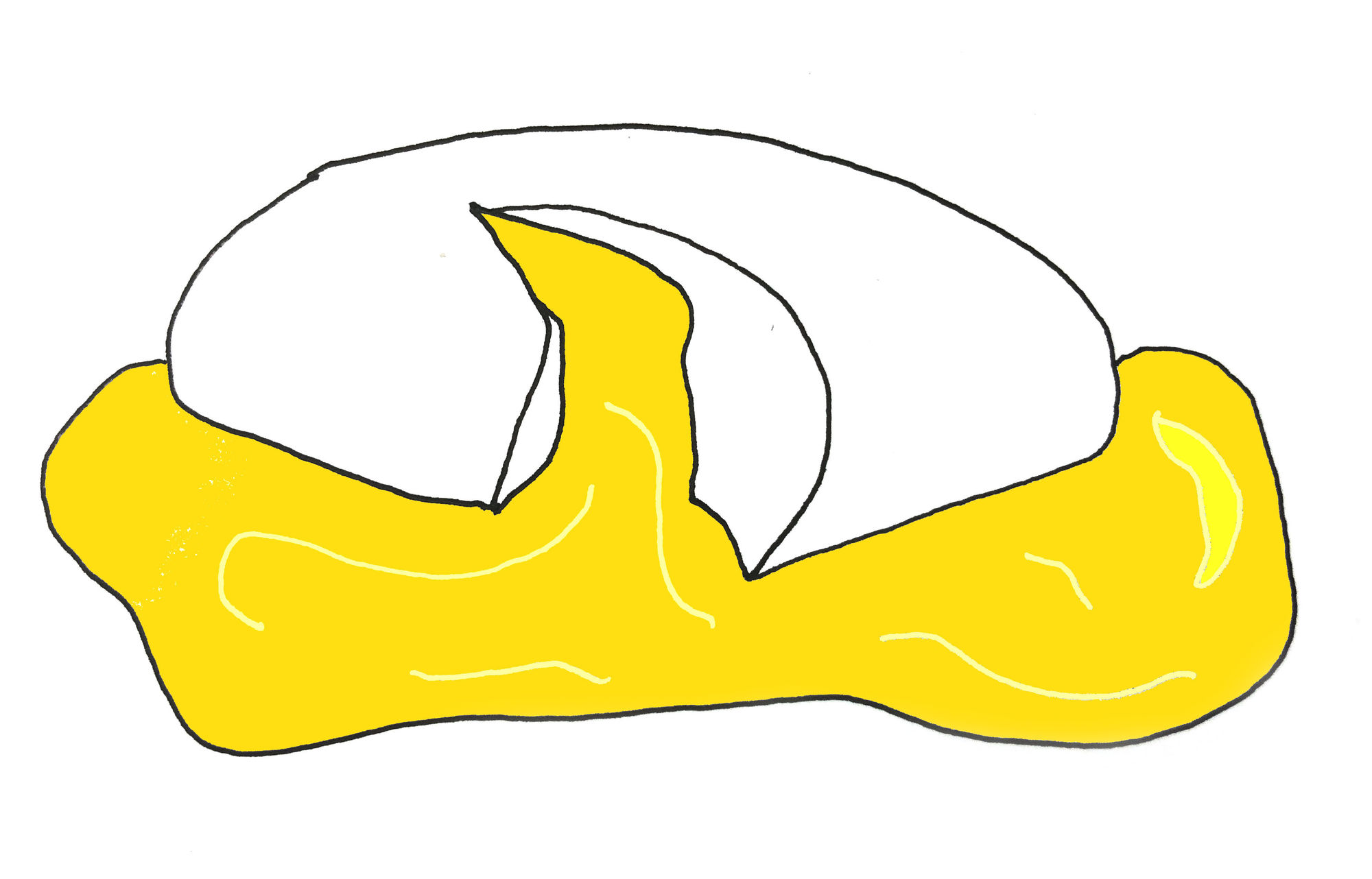 SHANNON KINGSLEY B’20 is reading A Thousand Platœufs.