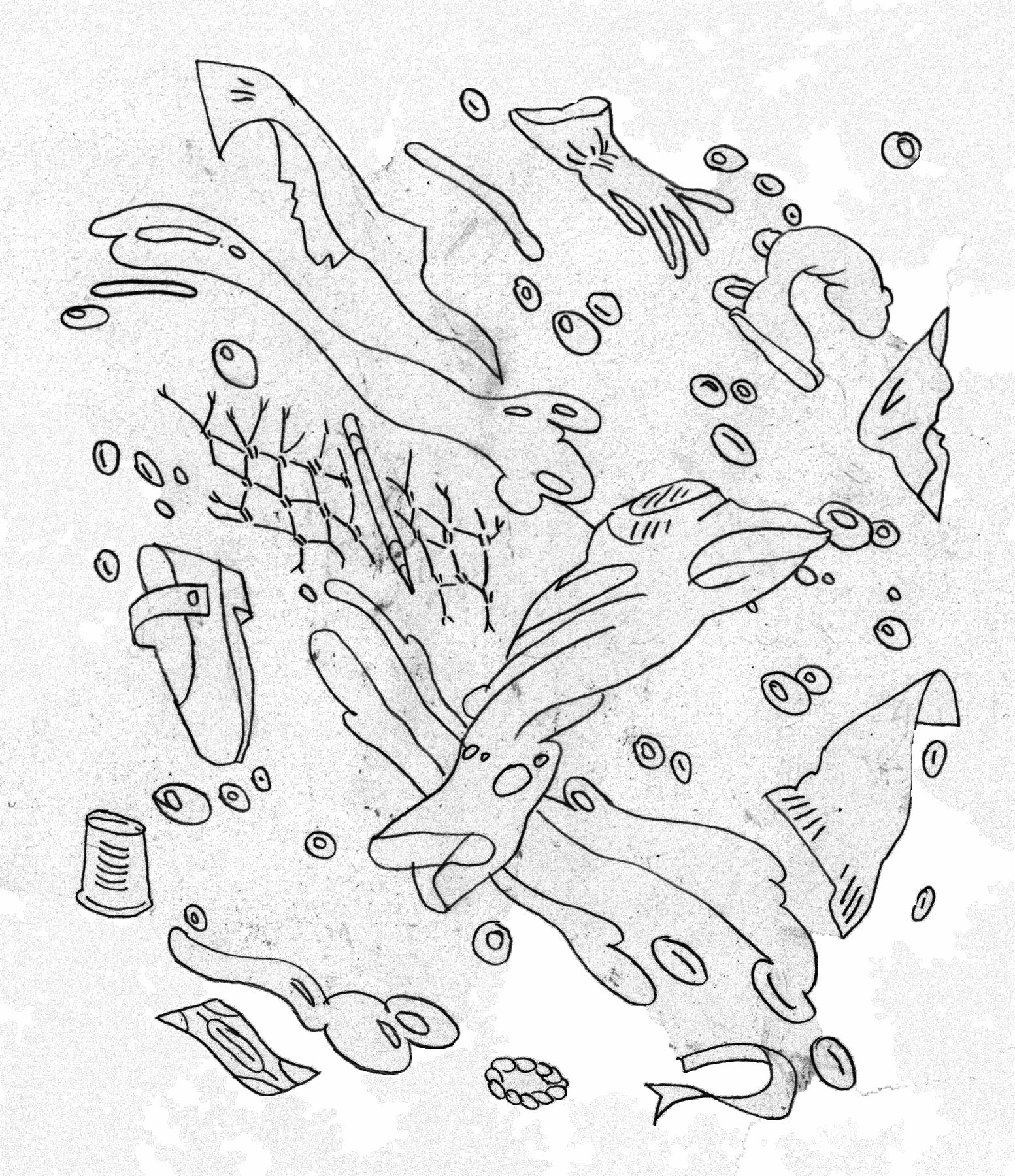 Belen Florez’s phone wouldn’t stop ringing last Tuesday. Nearly every five minutes, the screen of the cordless phone of JP Foley Printing on Broad Street switched from grey to bright orange and whirred at top volume. While she attended customers at the front desk just across the threshold of her office, its sound filled the establishment, urgency ringing in each string of audio vibrations.

For nearly three hours, Florez was on her feet, alternating between taking orders in the main lobby and talking trip logistics on the telephone in her office. As the vice president of the Puerto Rican Professional Association of Rhode Island (PRPARI), this day was like many she had spent over the last four weeks. However, as she prepared for the Association’s departure to Puerto Rico, there was no shortage of work to be done.

Two days later, Florez along with PRPARI treasurer Edgar Moya and member Elizabeth Fernandez, flew to San Juan to distribute relief supplies to the people of Puerto Rico. PRPARI, which has quickly become the leader of Puerto Rican relief efforts in Rhode Island,  immediately made it their mission to support Puerto Rico following the devastation of Hurricane Maria. Within just four days of Hurricane Maria, the founder and president of PRPARI, Ivette Solivan, organized the Association’s first donation drive and began planning subsequent events.

Over mere weeks, the organization has hosted a series of donation drives to collect the island’s most needed items which include water bottles, flashlights, canned foods, and baby formula. Their work has inspired an outpouring of support for la isla del encanto and with the help of communities in both Rhode Island and Massachusetts, the Association has sent three shipping containers packed with food and goods to Puerto Rico.

By creating a network of Puerto Ricans within the US’s smallest state, the organization hopes to effect positive change for their community primarily by raising cultural awareness about their heritage, participating in politics, and encouraging entrepreneurship amongst Puerto Ricans. Over the course of nearly two years, the Association has brought together seven Boricuas apart from Florez and Solivan: Maria Garcia, Edgar Moya, Nestor Llanos, Grisel Lopez, and Maria L. Rivera, who all serve on the organization’s board of directors and have led its relief efforts.

During her interview with the Independent, Florez left to speak on the phone with a fellow member of the association talking last minute details of the trip. In her quick Spanish, Florez asked her colleague for confirmation that all members going on the trip had purchased their flights and knew the action plan following their arrival to San Juan, Puerto Rico on Thursday. The first of the shipping containers they’d sent over in late September was set to arrive the day before and their first course of action after touching ground in their native Borinquen would be to pay for the shipment and to begin unloading everything for distribution to the public.

After hanging up the telephone Florez explained the many challenges of arranging such a large humanitarian trip, namely coordinating schedules and ensuring that all parties have received the proper information. She admitted that the anticipation of waiting for Thursday to arrive and not quite knowing what to expect in Puerto Rico, didn’t make planning any easier. “It’s exciting,” she said with a weak smile. “But I think everybody is a little bit nervous. We just don’t know what we’re going to find.” Pausing for a second, the vice president says slowly, almost as if reminding herself, “It’s not about us, it’s about our people, the people of Puerto Rico. It’s about those who need it most.”

Hurricane Maria, which was the strongest storm to hit the island in 80 years and the fifth-strongest storm ever to hit the United States, has devastated la isla del encanto. Just two weeks after Hurricane Irma, the category 4 storm tore through Puerto Rico with winds recorded at 150 miles per hour and in some cases with over 20 inches of rain. The hurricane has severely damaged Puerto Rico’s infrastructure and electrical grid; in its wake it has left uprooted trees, washed away roads, and destroyed power lines. Many homes and businesses collapsed under the duress of the storm’s winds and islanders are scrambling to find shelter. Nearly a month after the hurricane, about 85 percent of the population remains without electricity and a third of the population without water.

Despite the efforts of PRPARI and other organizations throughout the country, who have begun their own grassroots efforts to support Borinquen, the gravity of the situation in Puerto Rico seems to be lost on U.S. President Donald Trump. Last week, President Trump in his latest storm of tweets suggested that he would be removing federal relief workers from the island. As the last in a series of early morning tweets on October 12, Trump wrote, “We cannot keep FEMA, the Military & the First Responders, who have been amazing (under the most difficult circumstances) in P.R. forever!” This message came just a day after the post-Maria death toll in Puerto Rico rose to 45 people. As of last week, it has increased to 48 and is expected to continue rising.

Though the idea of removing US aid from Puerto Rico was unfathomable to many, few were shocked by the president’s comments. Just four days after Hurricane Maria made landfall in Puerto Rico, Trump tweeted about the island’s debt, writing, “...Puerto Rico, which was already suffering from broken infrastructure & massive debt, is in deep trouble...much of the Island was destroyed, with billions of dollars owed to Wall Street and the banks which, sadly, must be dealt with.” The President ended his thread of tweets calling “food, water, and medical” the island’s top priorities, but his decision to focus on Borinquen’s debt rather than its dead and dying reveal his own.

As emphasized by San Juan mayor Carmen Yulín Cruz in recent press conferences and interviews, President Trump’s inability to prioritize Puerto Rico will only continue to contribute to the island’s rising death toll. The President has been slow to act and has failed to provide the island with the level of support it requires. Hurricane Maria is perhaps the greatest indicator in recent history of Puerto Rico’s 21st century colonial status.

Though other countries immediately showed an outpouring of support for Puerto Rico following the hurricane, sending shipments of water and food to the island in tons, the US delayed the process by failing to suspend the Merchant Act of 1920, otherwise known as the Jones Act. This legislation restricts the importation of goods into the island by all non-US ships. Shipments must first be sent to the US mainland and transferred to US ships in order to unload on the island. The Jones Act was temporarily waived after the government received major criticism on social media. However, it expired last Sunday and will not be renewed.

In the last four weeks since the natural disaster, PRPARI has held two large donation collection drives and inspired several smaller fundraising events. Just three days after Hurricane Maria hit, the association and radio station Latina 100.3 Providence held a radio marathon and collection drive at Armando’s Meat Market on Elmwood Avenue. While members of the organization collected goods and cash donations, Guatemalan radio jockey Gato Aroche reminded Rhode Islanders about the event between songs and encouraged them to make donations. In addition to taking donations at Armando’s, the Association worked in conjunction with Rosalinda Fashion in New Bedford, Massachussets and Reymond’s Brother Tailor & Laundromat in Providence and set up collection sites at both locations. From 8AM on Saturday, September 23 to 8PM that night, the members of the PRPARI waited with eager smiles to receive visitors with donations.

The following weekend, the organization held a two-day Telethon and collection drive event with Telemundo Providence at Future Credit on Elmwood Avenue. The business is owned by the president of the PRPARI, Ivette Solivan, and serves as the headquarters for the organization. For this event, the organization again collected basic necessities and money for those living on the island. Telemundo Providence, which has been a large supporter of the organization’s efforts, televised the event and like Latina 100.3 Providence encouraged those at home to donate. Every few hours the association posted updates on their official Facebook page, for their followers. In each video they shouted, “Puerto Rico se levanta.” Puerto Rico rises.

The Elmwood neighborhood, which is today demarcated by Broad Street, Elmwood Avenue, and Interstate 95, is no stranger to Puerto Rican resiliency. In the 1920s, Rhode Island’s first Puerto Ricans arrived in Elmwood as migrant workers. From spring to late fall they cultivated and harvested Rhode Island farms, returning to Puerto Rico once they had completed their assignments. However, those who believed Rhode Island held more opportunities for them than Puerto Rico remained in Elmwood.

To date, the PRPARI has raised nearly $20,000. The organization has placed its raised funds in a bank account called the Puerto Rico Hurricane Maria Relief Fund. In an effort to be as transparent as possible to contributors about the use of their donations, the association has posted pictures, totals, and receipts of each financial deposit on their Facebook page.

While the association’s most recent efforts have centered Puerto Rico, in mid-September, PRPARI held a collection drive following Hurricane Harvey in solidarity with other Latinx groups in Rhode Island and the people of Texas. “When someone says there’s a drive because there’s a need, we go,” Florez said to the Independent. “We just go.”

Annually, the PRPARI organizes El Parrandon Navideno, a large fundraising Christmas party in which people eat traditional Puerto Rican dishes and dance to favorite songs from the island. This year’s festivities will be held at the Portuguese Club on December 15 in Cranston and entry will cost $65 per guest. The association has decided to dedicate the event to Puerto Rico and a portion of the proceeds will be donated to further Puerto Rican relief efforts.

While Florez is disappointed with the federal government’s reluctance to support Puerto Rico in its time of need, she says the outpouring of support the association has received following the hurricane has been amazing. Numerous community members have contacted the association for tips on how they can help contribute to the relief efforts, and taken it upon themselves to start their own drives. While speaking to the Independent, two elementary school students, aged eight and 10, accompanied by their mother, arrived with a carload of goods for Puerto Rico. The young girls along with Florez carried boxes of diapers and bottles, among other items into Florez’s place of business. Before their departure, a teary-eyed Florez embraced their mother tightly, whispering her many thanks.

“I’m going to take these on the plane with me to Puerto Rico, girls,” she said sniffling as she turned to the children. “Thank you so much for doing all this. You’re wonderful. We appreciate it. We really do.”

Florez and her colleagues are expected to return to Providence on October 23. However, they say this is just the beginning of their efforts to help Puerto Rico recover. With the continued support of the Rhode Island community, Puerto Rico will rise once again.

MARIELA PICHARDO B’20 wants you to support the Puerto Rican Professional Association of Rhode Island’s efforts by donating at Federal Credit Union on Elmwood Avenue.