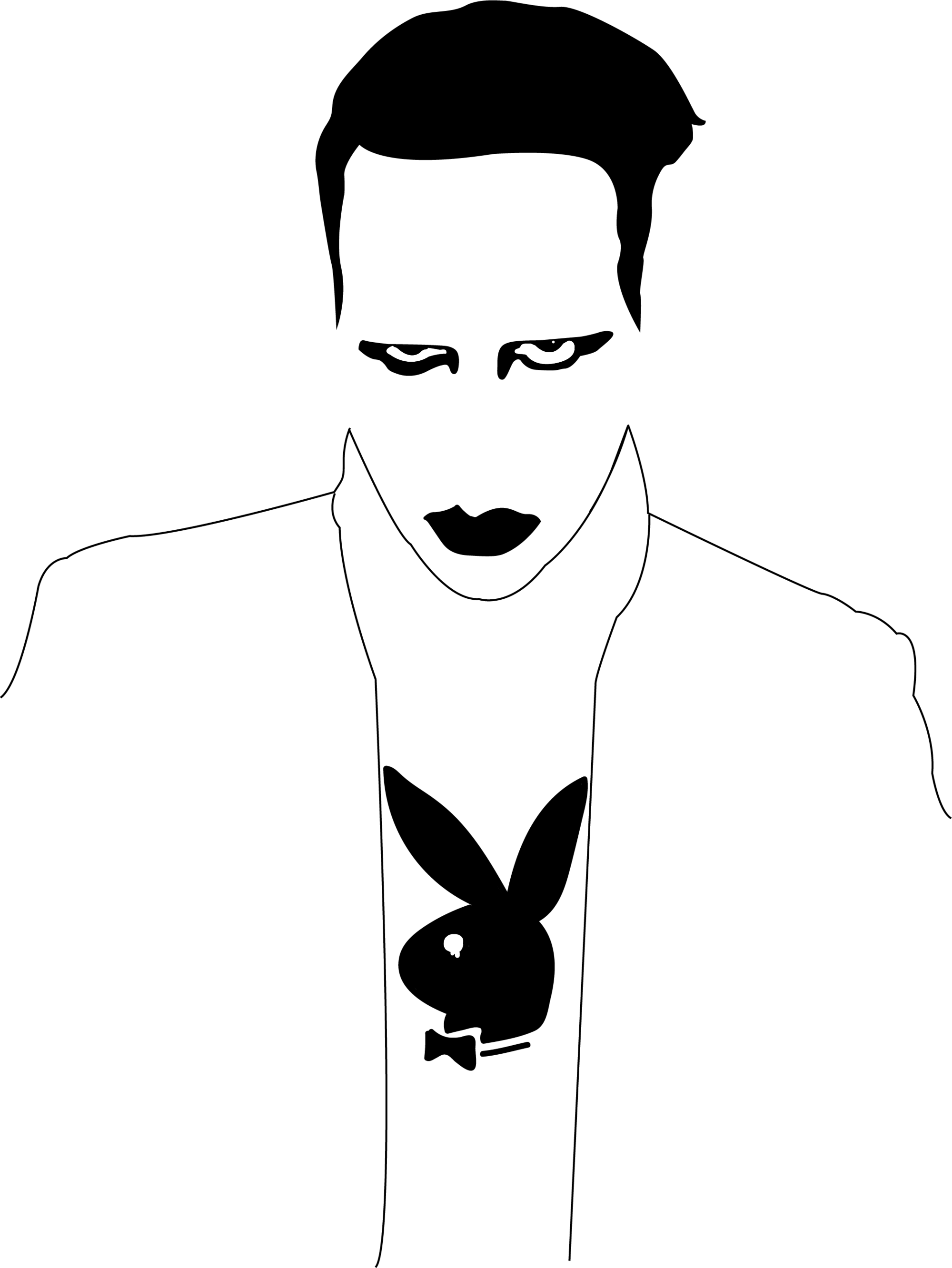 A Star Dies in “Holy Wood”
Hugh Hefner is dead. He died of chronic old age on September 27 at the Playboy Mansion, and also from several complications including sepsis, a disease also responsible for the swelling of infected augmented breast tissue. It’s safe to say that his passing shook the world for a bit (or at least Twitter)—it just couldn’t be true! Perhaps studying the masses of sheeple balking at a 91-year-old’s heart failure, we can deduce that there might be a contingent of people in the United States who, until that fateful day, assumed the Viagra’d-up Hef to be Undying.

Really, responses to his death have not been so unilateral or uncritical. Memorializing Hefner calls into question whether he, as the cultivator of a literal and figurative pornographic estate, was someone worth celebrating. How should we remember a man whose celebrity required the exploitation of many women’s bodies? It’s complicated. Though his magazine objectifies the cis, conventionally attractive female form, many individual women like looking at Playboy. It could also be repressive to silence any women who were close to him, who are grieving. Ex-wife Kendra Wilkinson felt especially defensive against attacks on Hefner’s character, eulogizing, “I don’t give a fuck what anyone thinks [or] says [about Hefner]. Don’t care about other perspectives.  I see n’ know what I do. Fuck the rest.” A smorgasbord of other famous ladies, from Kim Kardashian to Lena Dunham, also tweeted in mourning.

One woman who has not mourned Hef’s death is the late Marilyn Monroe, the iconic actress whose photo adorned the cover of Playboy’s first issue. Though the two never met, Hefner paid $75,000 for the plot next to hers at Westwood Village Memorial Park back in 1992. He never got Monroe’s consent to place her picture on his magazine, but will spend eternity lying next to her. Truly haunting.

In any case, it’s pretty gross and weird to define your afterlife in relation to someone you never knew. The ostentatious gesture reeks of entitlement. Yet Hefner wouldn’t put it that way; in a 2000 interview with Jay Leno, he revealed his postmortem philosophy: “There’s something rather poetic in the fact that [Marilyn and I] will be buried in the same place.”

Let it be known: the Indy does not support grave-digging (but we will not meddle in any Hollywood bonescapes). But what we will apostrophize, O Hef, is that thou should have been entombed next to a real poet named Marilyn: Marilyn Manson. It is sure that Hugh Hefner would have a fun time rocking out forever with Manson, an ideological Laveyan Satanist who, according to Wikipedia, “also likes Nietzsche.” He’s probably more relevant than Monroe right now, having recently released his 10th record, Heaven Upside Down. For what it’s worth, these words from the pasty bard offer some salient advice to Hefner’s cadaver on ‘having it all’—“When all of your wishes are granted, many of your dreams will be destroyed.”

G2G 4EVER
Before there were friends or followers, there were “buddies.” Before statuses and tweets and snapchat stories, there were “away messages.” Before the smartphone generation even had cell phones, we were all sitting at desktop computers, typing ourselves into the dawn of a new era.

This week, AOL announced that the AOL Instant Messaging service will go offline on December 15. AIM was the first mainstream instant messaging service, and it’s hard to imagine what social media culture would look like today without its prelapsarian predecessor leading the way. It’s also hard to imagine that AIM has sat accumulating dust on the interwebs for the last 10 years, waiting for preteens to come back and flirt in its shadows. The little yellow running man must have been getting lonely.

Do you remember your username? The Indy’s was xDolphinGirl24601x. Back then, we didn’t have “personal brands,” we just had our favorite things (for example, the Indy’s favorite things were dolphins and the soundtrack from Les Misérables).

Do you remember the song lyrics you pasted into your away message? “I’ll spread my wings and I’ll learn how to fly, I’ll do what it takes till I touch the sky?”  “Got me hoping you’ll page me right now, your kiss got me hoping you’ll save me right now?” “It’s time to try defying gravity?” We didn’t know it then, but the rhythms of our lives were changing, and the conceptual line between speech and writing was blurring like your ninth grade smoky eye makeup.

Do you remember the sound bite of a squeaky shutting door every time someone logged off? It was as though we were all in a room together, constructing our own worlds within that room, like the giant convention center where American Idol contestants wait around before the first auditions. We experimented with abbreviations (“lylas” has unfortunately fallen out of fashion), phonetics (there was always that one person in your buddy list who spelled “cool” as “kewl”) and, of course, the passive-aggressive nature of certain punctuation marks.

In the spirit of AIM, we’ll end this brief eulogy with some words of wisdom from a 2003 Hilary Duff hit that may or may not have predicted the rise of Twitter:

Come tomorrow it will seem so yesterday

‘Preppers’ as they’re called within the survivalist community, are known for stockpiling food, weapons, and other survival gear that will ensure their survival when natural or man-made disaster strikes. Unlike survivalists who often adjust their lifestyle to suit the needs of the coming apocalypse, preppers carry on life as normal – all the while constructing bunkers and stockpiling survival supplies. Websites like DoomsdayPrep.com advertise the full suite of doomsday accessories, and blogs like “The Survival Mom” give readers advice on how to prepare with two young children and a house in American suburbia. Famous preppers like Reddit CEO Steve Huffman or former Yahoo executive Marvin Liao stock up on weapons—like guns and crossbows—and learn how to use them, if the food and water they’ve stockpiled doesn’t turn out to be enough to survive.

And then there’s Joseph Badame of Medford, New Jersey. Badame and his wife Phyliss began prepping back in the 1970s, the Times Union reports. For close to one million dollars they installed kitchens, bathrooms, and a bomb shelter in their basement, and stockpiled survival books and canned food. They were, they likely believed, ready for anything. In 2005, Phyliss suffered a stroke that paralyzed her. Badame quit his job to care for her, and the couple put prepping on hold. In 2013 Phyliss died, and Badame was left with their fully-prepped basement and enormous debt. The bank wanted to foreclose his house.

At an estate sale for his home, Badame met Victoria Martinez-Barber and her husband Anthony Barber. The couple was gathering money to send to their family in Puerto Rico, which was devastated by Hurricane Maria after it made landfall on September 20. When Badame met the couple and heard their story he showed them the 80 barrels of food he stockpiled over the years. Each barrel can feed 84 people for four months, or just Badame for 26,880 months (long past his death). Badame then gifted the barrels to the couple.

As Badame told reporters: “Phyliss and I prepared all this for one group of people and it turns out it’s going to help another group of people.” In addition to the food, he also gave the couple $100 to help their family in Puerto Rico. The Badames’ years of prepping weren’t for naught. Cataclysm may be closer than we thought. Prep away. 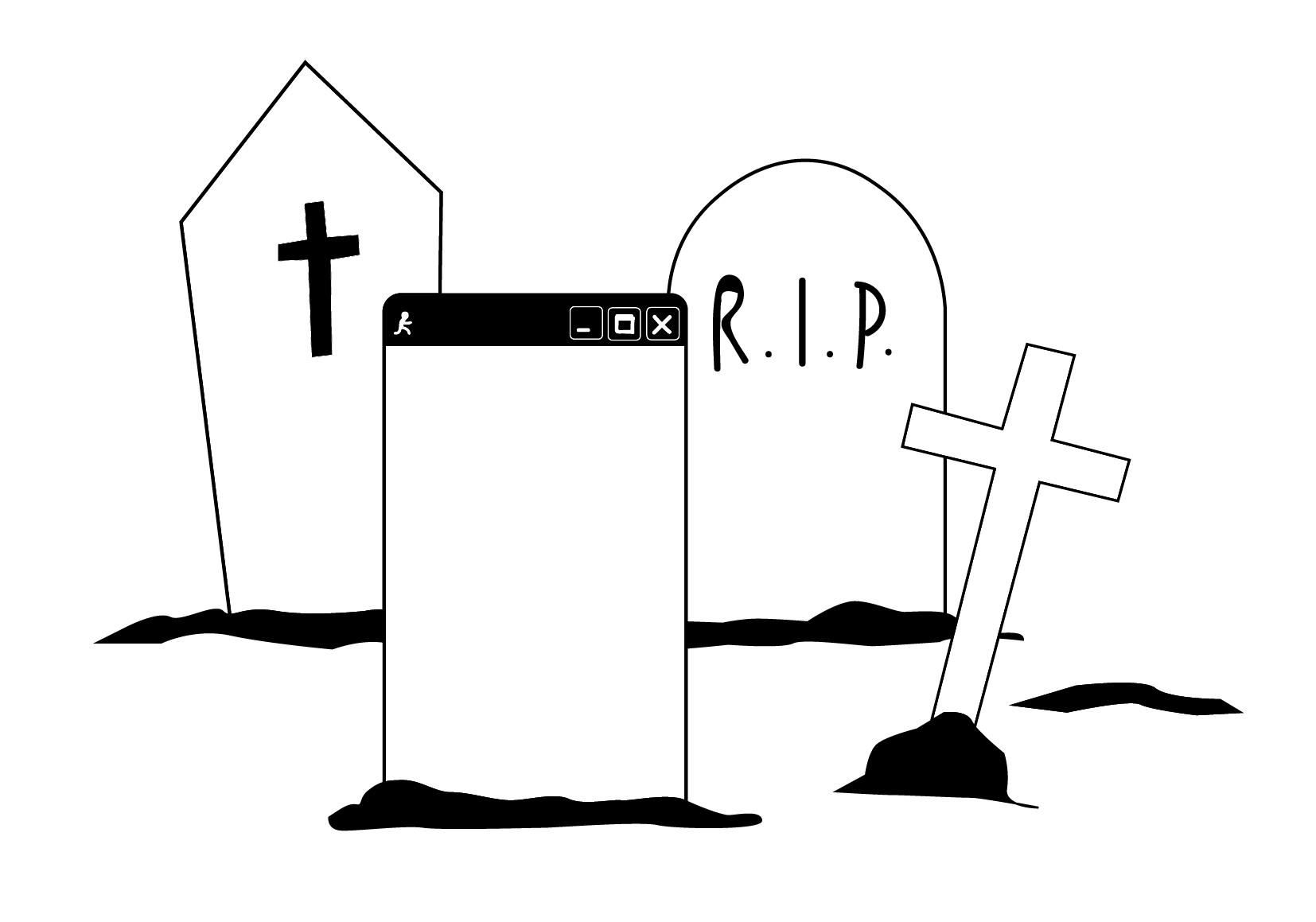