The contentious implementation of the Providence Community Safety Act 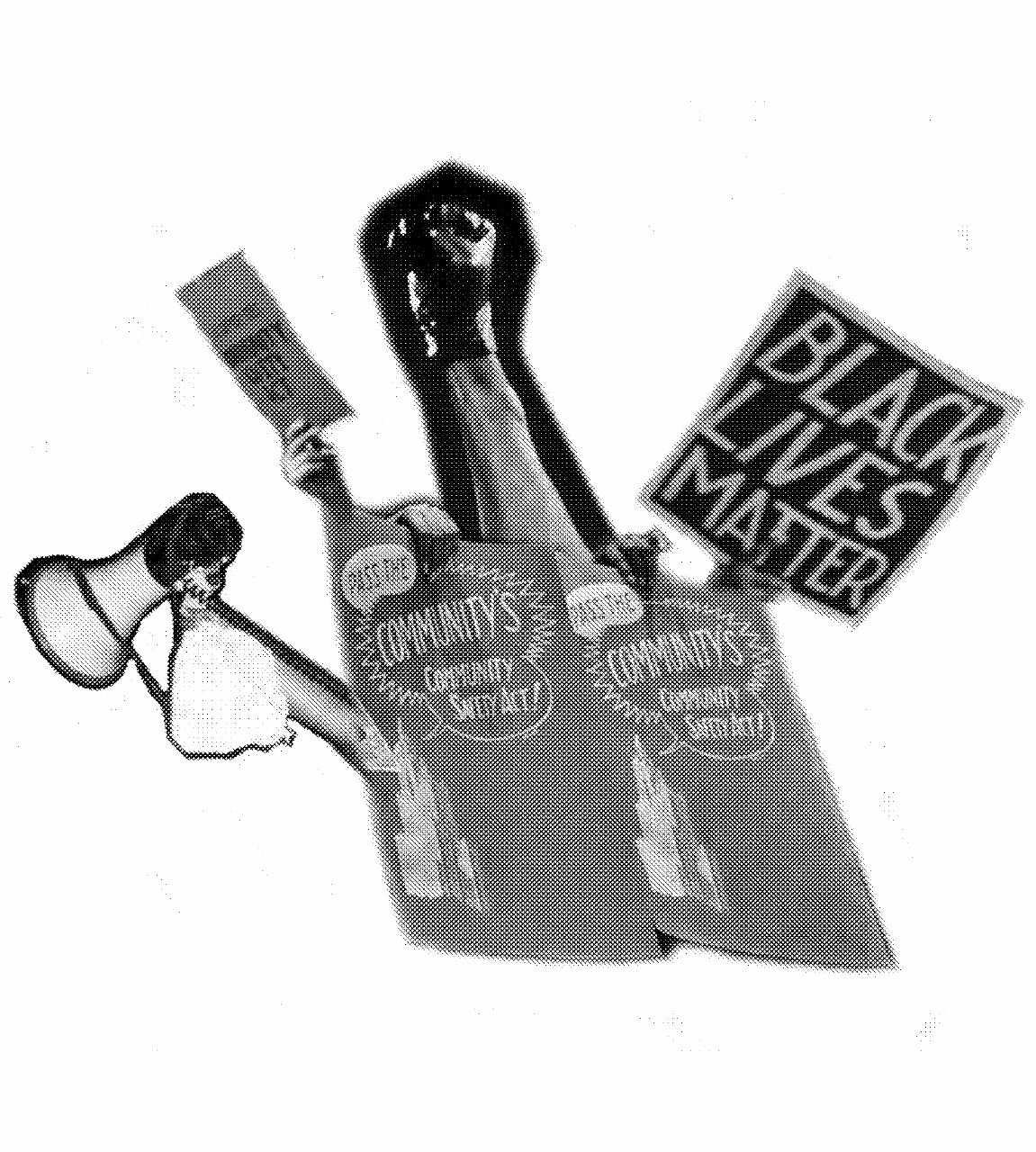 “The community of Providence won this campaign, not the politicians and not the police, but us. We worked on this ordinance for more than four years and now we have a lot of work to do in terms of implementation,” said Linda Heng, the Youth Coordinator for the Providence Youth Student Movement (PrYSM). She has been a student activist at PrYSM ever since her freshman year of high school. After spending the past four years advocating for the Community Safety Act (CSA), Heng knows that the act’s passage in June doesn’t mean the fight is over.

The CSA was initially introduced in the Providence City Council in June 2014 by the Step-Up Network, a coalition of local organizations who joined forces to address concerns that minorities, immigrants, and youth in Providence were being racially profiled and harassed by police officers. Last April, in the first of two votes that the CSA needed to be enacted, the City Council voted 12-0 in favor of the legislation. The legislation was expected to pass the second vote and Mayor Jorge Elorza publicly stated that he planned to sign the bill after it passed.

However, days before the second vote, the Providence Fraternal Order of Police (FOP), Lodge #3, released a statement voicing its opposition to the act: “The title of the ordinance itself, the ‘Community Safety Act,’ is offensive. Its content implies that the community needs to protect itself from the police. Imagine that for a minute. The citizens of Providence having to protect themselves from a nationally recognized, nationally accredited, 21st century community policing agency. The city council should know better.”

The letter pointed to a few components of the CSA which concerned the FOP. Most of the concerns revolved around the premise of the CSA was to protect the community from police officers, and that the CSA misunderstood the need for police officers to exercise discretion. Moreover, the FOP letter defended the police as having a better understanding of what was required to ensure safety than the architects of the CSA. For example, the FOP was concerned that the CSA would give the Providence External Review Authority (PERA), a citizen’s council that oversees the police department, the authority to review labor agreements between the FOP and the police department. Additionally, the FOP opposed the measure in the CSA which required individuals to be removed from the city’s gang database if they have no convictions in a two-year period. The FOP and Chief of Police Clements also pushed back against the amount of paperwork that police officers would be required to file after pedestrian and traffic stops.

The CSA Working Group made minor technical changes to the ordinance in order to gain the unanimous support of the group for passage of the new act. Revisions included a change to the language of the bill so that individual officers sued for violating the act could only be held liable if they “knowingly and willfully” acted against the ordinance. This was a change advocated by police officers who were concerned about the new liabilities officers would face under the ordinance. The most significant change to the legislation produced by the working group was a new name for the act: the Providence Community-Police Relations Act (PCPRA). President of the FOP Robert Boehm told the CSA Working Group, in regards to the name Community Safety Act, “It makes it sound, in our eyes, that the community needs this to be safe from the police, which I find insulting.” The name change reflected police officers’ concerns about the implied antagonism between the police and the community in the original name. However, advocates still refer to the act by its original name, the CSA, which illustrates the continued intent of the act: to protect marginalized communities in Providence from police harassment and brutality.

The revised ordinance passed the City Council on June 1 with only one dissenting vote, and was signed by Mayor Jorge Elorza one week later. Victor Morente, a spokesman from the Mayor’s office, told the Independent in an email: “It was a collaborative process that took diligent and thoughtful compromise by participating parties.” Advocates of the legislation celebrated its passage, but were ultimately left frustrated over the terms under which it was revised in April and May, and the lack of support from City Council and Mayor Elorza throughout the process. Vanessa Flores-Maldonado, the campaign coordinator for the CSA coalition, described the second April vote to the Independent: “The way that the act passed was not great for us... the fact that it took so long to get there is really upsetting and heartbreaking because we thought we had city councillors who were here supporting the community.”

The PCPRA prohibits racial profiling by police officers, allows individuals to request and receive a report on their traffic or pedestrian stops by police officers, and prohibits certain factors, such as race, from being used as criteria for adding individuals to the city’s gang database. The PCPRA also vests additional power in the Providence External Review Authority (PERA), a council which was established by ordinance in 2002 to provide citizen oversight over the police department, but is currently inactive.

In order to prepare for the act to go into effect on January 1, 2018, the City Council needs to re-establish PERA, and the police department must rewrite its policies and train its officers on their new responsibilities under the act. Members of the Providence community who spent the last four years passing the legislation intend to work with the city on the implementation process in order to ensure that the ordinance accomplishes its intended goals. The impact of the PCPRA will be largely dependent on who decides the terms of its execution, and which voices are invited to engage in conversations about PERA’s membership and powers, as well as the new policies of the police departments. Advocates such as Heng, who have dedicated a significant portion of their lives for the past few years to the legislation, do not plan to back off until the PCPRA is in action.

The community members and advocates who fought for the act’s passage are prepared to work with the city and the police department to engage in the process of implementation. As Heng told the Independent: “The community of Providence won this campaign, not the politicians and not the police but us. We worked on this ordinance for more than four years and now we have a lot of work to do in terms of implementation.” Heng explains that the advocates from PrYSM and other organizations currently have three working groups directed towards the CSA: one is working on implementing the law and reviving PERA, one is focused on educating the community about the way the PCPRA will affect policing, and one is focused on the coalition’s relationship with the media.

Last week, Heng and other advocates from the coalition met with Councilwoman Harris and Councilman Aponte to express the community’s desire to provide a list of names to the City Council from which the City Council will appoint five members of PERA, thus enabling community members to hold a simple majority on the nine-member board. However, Heng acknowledges that it will ultimately be left to the City Council to decide who it nominates. Flores-Maldonado expressed the importance of appointments to PERA: “We want people who come from the community—who are from Providence—who are not just a bunch of suits and bureaucrats but people who are actually community members, who will feel the impact of the CSA because they are harassed by cops every day.”

Another crucial component of the implementation process involves rewriting policies and retraining police officers in order to ensure that the Providence Police Department is compliant with the PCPRA by January 1, 2018. Right now, this process is being conducted internally by the Department of Public Safety. Fred Ordoñez, Executive Director of Direction Action for Rights and Equality (DARE), and a member of the Step-Up Network, told the Independent, “There’s a group that is now meeting internally, but members of the CSA Coalition want to be part of that program.” Ordoñez was one of the individuals who worked to pass the original PERA ordinance, and knows firsthand the importance of staying involved in the process of implementing legislation. “We have to continue to campaign at the same pace, with the same amount of pressure... whenever we pass anything... it’s just a piece of paper that gets signed….” However, city officials are currently unwilling to involve community members in the policy-writing process. Cyd McKenna, Chief of Staff of the City Council, explained that the policy-writing process in the police department “is an administrative function undertaken by the directors of that department.” According to McKenna, it is the responsibility of the department to ensure their compliance with the PCPRA, and the policy-writing process is not a public process.

Flores-Maldonado said that CSA advocates were surprised to learn that the police department had started rewriting policies before PERA had been set up. She is concerned that this process is happening without public input, and is fighting for community members to keep their seat at the table throughout the implementation process. “They’re taking advantage of the fact that we are working on establishing PERA so they can write the policies so they can have policies that are more convenient to them.”

Ultimately, members of the CSA coalition want to finish what they started four years ago. They aren’t willing to leave it up to the City Council, the Mayor’s office, and the Department of Public Safety to implement the legislation, which they only passed under significant public pressure. As Flores-Maldonado told the Independent: “...we are trying to make sure that we are a part of every single conversation because to have a conversation without us there is to not be listening to the community, it’s to be shutting us out again and stabbing us in the back again.”

JULIA ROCK B’19 wishes that bills to prevent police violence were considered necessary, not progressive.