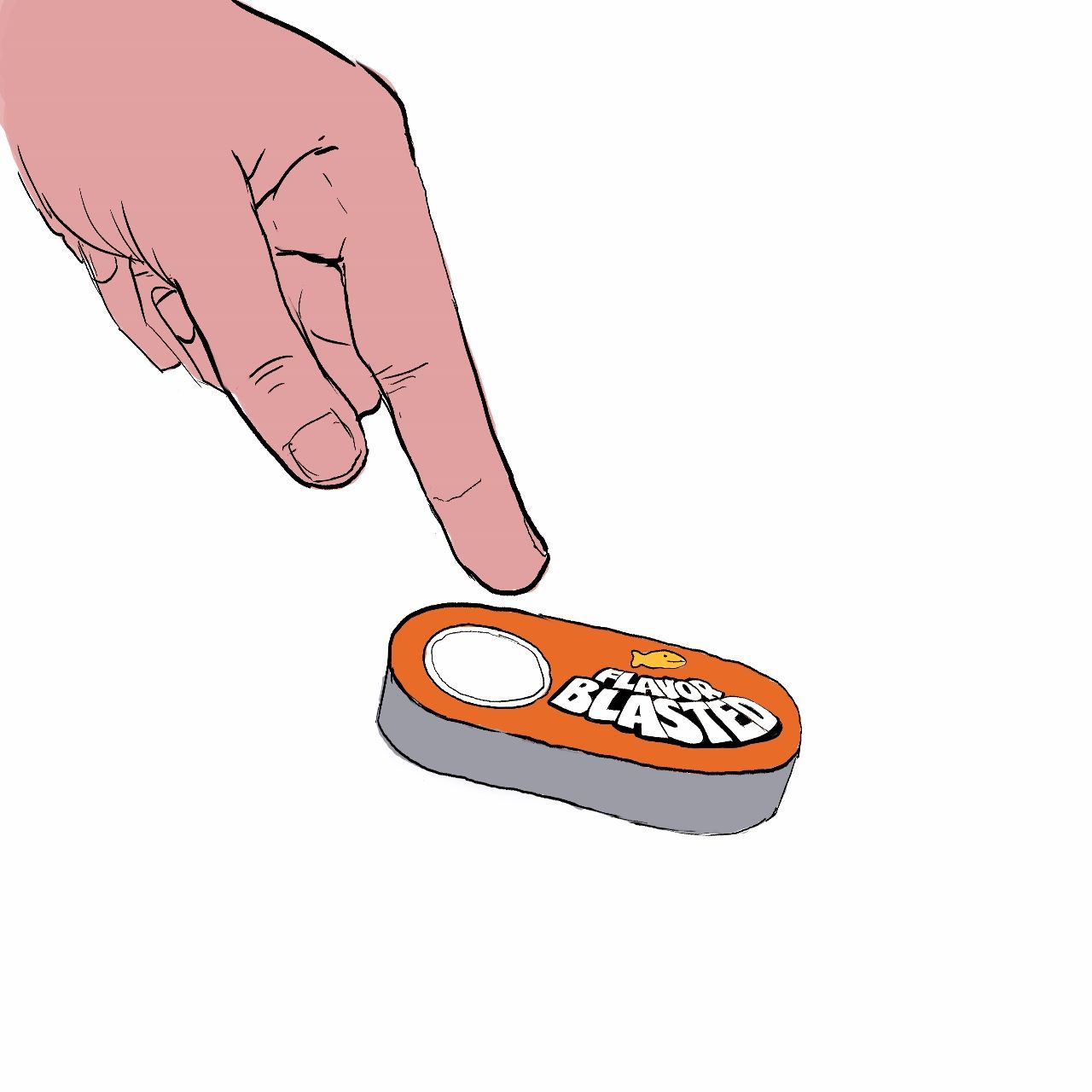 It was a busy week of making peace, making deals, and making enemies. With a flourish of a #NoKo tweet (pundits spent the late-night slot debating the reference: Kim Jong-un’s country or an unscrupulous plug for a new district to put a Trump Tower?), the annual United Nations week of cocktail sipping and finger wagging came to an end. Notable moments include: the Russian Foreign Minister staring in disbelief at his watch as Trump approached the 41-minute mark of his welcome speech (perhaps his memo informed him it was a monologue? stream of consciousness? brainstorming session?). Trump also took inspiration from Elton John when he nicknamed the North Korean dictator “Rocket Man” (it should be noted he paid no heed to the song’s lyric, “and all this science I don’t understand,” when climate change was mentioned).

The most shocking moment of all, however, came when the US became the first UN member state to politically recognize the country of “Nambia.” In the ensuing Google searches, few confused listeners found answers. Google’s response was less than useful: “Did you mean: Namibia?” Did we? Did he? Trump seemed sure of himself. In fact, he was sure enough to say it twice. No hesitation, no second glances, no frantic “did I just read that right?” eye contact with his speechwriter. In less than even one year in office, Trump’s foreign policy strategy has propelled from dangerously ignorant to literally fictitious. What used to be a foreign policy strategy full of misspellings—“China steals US Navy research … in unpresidented act” (tweeted in December)—and objective untruths—“[Putin] is not going into Ukraine, ok, just so you understand. He’s not gonna go into Ukraine, all right?” (two years after Putin went into Ukraine)—is now a policy strategy anew. Fake facts have given way to make-believe.

One well-read jokester proposed a link to a classic novel: “Sorry Trump haters, but the country Nambia DOES exist. You just need to sneak into your uncle’s old wardrobe and crawl through.” Climb out of the wardrobe; it is still near impossible to wrap your head around the impudence. In a speech to the leaders of Africa, Trump literally made up a fake country in Africa. And with an African foreign policy strategy characterized by aid cuts, ending assistance to peacekeeping missions, and weakening foreign investment accountability, Trump’s Nambia blunder leaves him with one role in Africa: the butt of the joke.

Many of us are wondering if the President of the US could know any less about the world. Most of the world is probably wondering the same. And some are just wondering when the White House will buy a map.

Fifteen Percent Off Explosives with a Prime Membership

This week, a British television station discovered that Amazon, the company known for introducing “buy with one-click” into the American social fabric, was prompting users to buy combinations of ingredients used to make bombs. The (in)famous Amazon Algorithm, which generated the suggestions, was designed to suggest combinations of products to users based on their purchase history and the shopping patterns of other users. For example, after Amazon determines through the Algorithm that you are Russian, it will suggest you buy Facebook ads. Or, if you buy the book What Happened, it will probably suggest that you buy many more Facebook ads.

The New York Times conducted its own investigation, and found that an Amazon search for magnesium ribbon “yielded a suggestion for two powders that explode when mixed together in the right proportions and then ignited.” We anticipate a future Amazon slogan along the lines of “detonate with two clicks.”
The discovery really shouldn’t come as a surprise. Jeff Bezos, CEO of Amazon, is notorious for his ‘love of the customer’ and his desire to lower the price of avocados and kombucha. He once told Forbes, “No customer ever asked Amazon to create the Prime membership program, but it sure turns out they wanted it.” Perhaps Amazon customers didn’t know they wanted to build homemade explosives, but when given the option, they realized there was nothing they’d rather have delivered to their doorsteps by drone.

Moreover, we all know that Bezos was feeling jealous this week after the news that Facebook and Twitter enabled foreign interference in the 2016 US presidential election. Mark Zuckerberg and Jack Dorsey took a page from Bezos’ ebook, So You Want to Change the World? Think ‘Markets’, and successfully sold enough anti-immigration ads and promoted enough fake news to win Donald Trump a seat in the White House.

Of course, the Indy doesn’t want to imply that we should question our devotion to Big Tech. Amazon has promised to “review” its “website” to ensure that future “users” won’t be advised to build bombs. It seems as though most people have already forgotten about the algorithm snafu: most major cities in the United States have already announced plans to submit bids to be the location of the Amazon’s second headquarters (“second headquarters” is notably an oxymoron, but that’s just one more thing we can add to the list of Amazon Blunders to Forget About).

As fans waited for their president to take the stage Monday night, they pulled the droopy hats on one by one, turning the Warner Theater into a sea of pink. They chattered excitedly with one another, sharing promises to faint, pee, and defecate on themselves upon seeing Clinton. Those in the nosebleeds practiced attempting to get Clinton’s attention by violently waving cutouts of her and dangling them over the balconies. In the crowd below, the audience held weathered #Imwithher posters over their heads. All signage aired for what many in the Democratic Party hope will be the last time.

The tour consists of moderated conversations with Clinton, which explore her book and her motivations for writing it. While the book has been therapeutic for fans, some Democrats have described her latest project as selfish. Released in the midst of the party’s desperate attempt at rebranding, many feel the book exacerbates tension between factions in the Democratic Party.

In her memoir, Clinton attributes her loss of the presidential election to the Democratic Party and her former opponent for the party’s nomination, Bernie Sanders. In What Happened, the Chicago native questions Sanders’ position in the party based on his self-identification as an independent. The party fears Clinton’s words will alienate Sanders supporters along with others who see themselves as left of center. Despite the Party’s qualms with What Happened, Clinton supporters are voraciously buying it.

“I took out my life savings to see Hillary,” says a beaming Elizabeth Clark, the proud owner of the event’s most expensive seat, which she purchased for $500,000. “This new world we’re living in, it’s not my America. I needed to see [Clinton]—I needed to know what happened.” While the Indy suspects Clark was fed that line by Clinton’s publisher, she was quite convincing. Gesturing to her shirt, which features the Clinton campaign logo she added, “I’ll always be with Her.”

The room erupted into ear-splitting screams and whistles as Clinton took the stage donning, in her usual fashion, a pantsuit. Tear-streaked faces looked up in disbelief at the former Secretary of State as she smiled broadly back at them. If it feels like you have seen this movie before, it’s because you have. While some say this may be the farewell tour, the final bow, the closing curtain, others are not so sure. Philip Devoe, who waited five hours to watch Clinton sign a book, described the experience in an article for the National Review: “This hollow charade was more than enough to temporarily dull the pain of a Clintonless world. But how long, I wonder, will it stay dulled?” 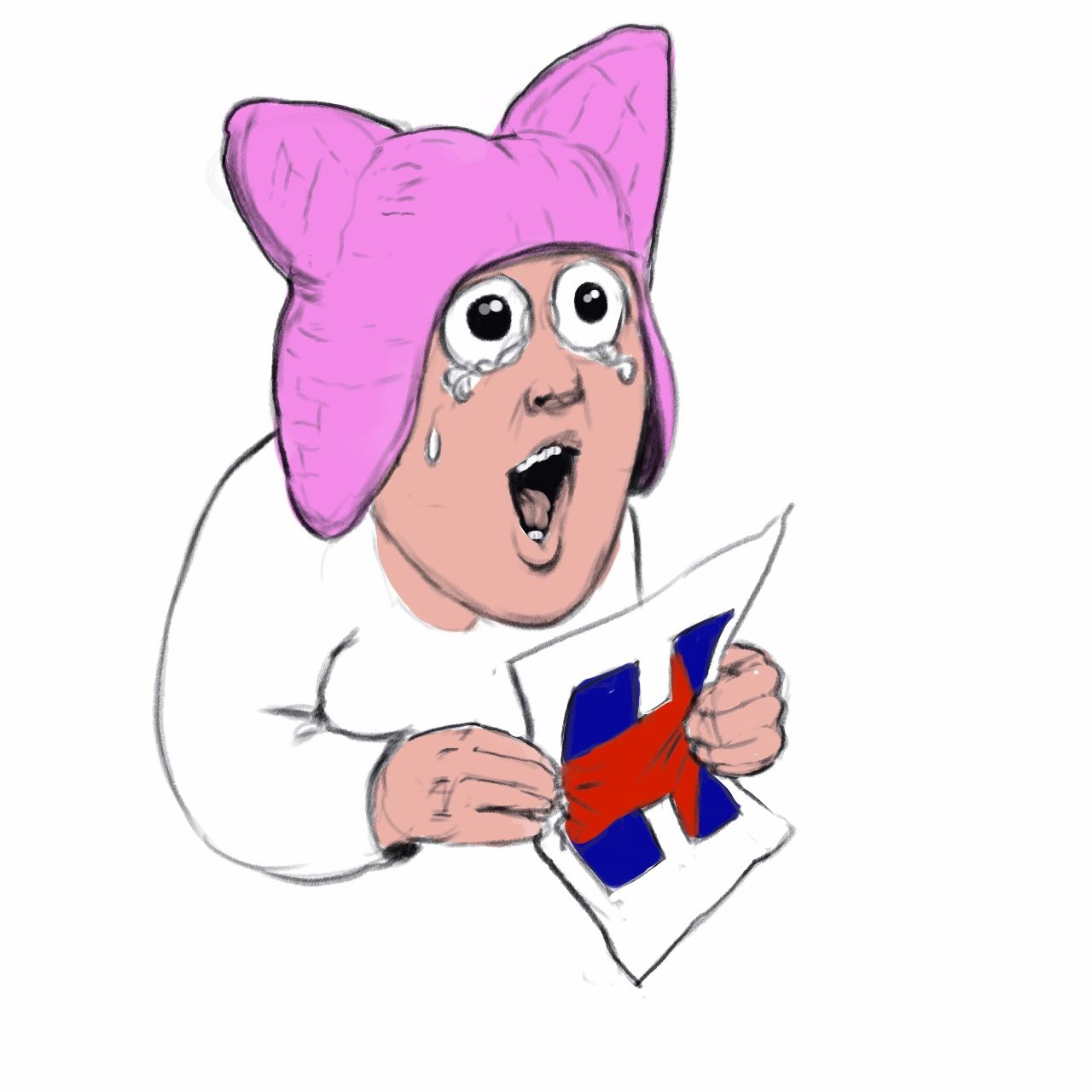