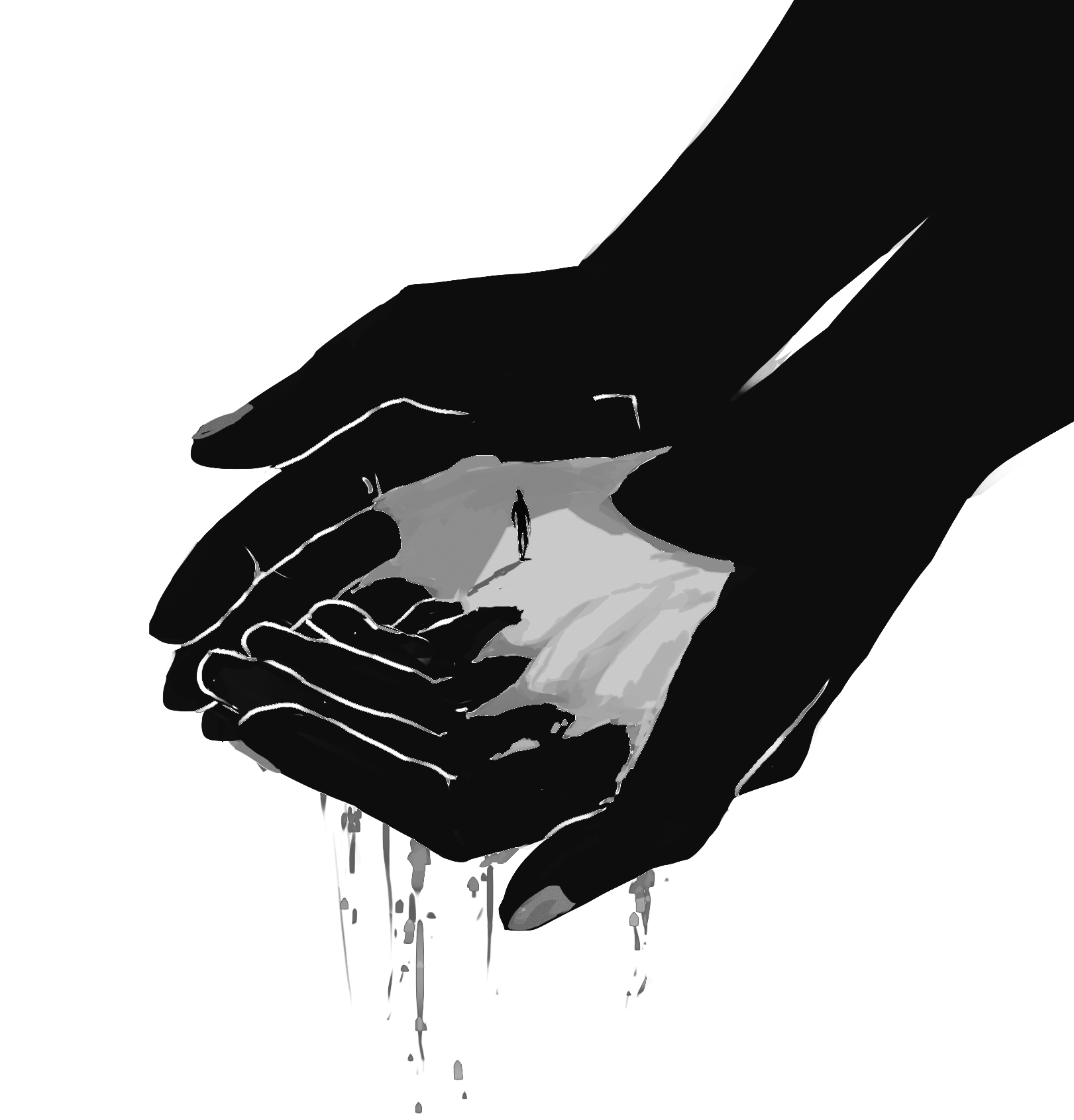 The Atacama Desert, which spans 50,000 square miles on the Western side of the Andes, is known as the driest place on the planet––so dry that almost no water is present in the air and almost no living thing can survive. In his 2010 documentary Nostalgia de la Luz, director Patricio Guzmán takes his cameras into the Atacama Desert to explore the cross-pollination of the past and present, and to seek out those who remain entangled between the two.

On September 11, 1973, the Chilean military—led by General Augusto Pinochet—staged a brutal coup to depose the nation’s democratically elected president, Salvador Allende. What followed was a reign of terror, in which thousands of Chileans—suspected of opposition to the military regime—were detained, forced into exile, or otherwise ‘disappeared.’ Victims were seized in broad daylight, in front of family or friends, or taken silently in the dark of night. Chileans were stolen from their homes or offices by military police, and often never heard from again by loved ones.

During the years of the dictatorship, the Atacama was home to concentration camps that housed these perceived opponents of the regime. Those who died in the camps were buried in mass graves in the desert. Due to the extreme climate of the region, virtually no bacteria can survive naturally; as a result, these bodies are extraordinarily well preserved, mummified in open air, often with their clothing and personal articles still intact. Today, scattered throughout the Atacama, a number of people, mainly women, search for the remains of fathers, sisters, children, and lovers, sorting through dust and wind for any piece of what once was––any shred of closure.

In 1982, in the midst of the carnage in Chile and other dictatorships across Latin America, Gabriel García Márquez delivered his Nobel Prize acceptance speech to the Swedish Academy of Letters. In the speech, entitled “The Solitude of Latin America,” Márquez asserted that the devastation in the continent was “a reality not of paper, but one that lives within us and determines each instant of our countless daily deaths, and that nourishes a source of insatiable creativity, full of sorrow and beauty.” He continued, “Poets and beggars, musicians and prophets, warriors and scoundrels, all creatures of that unbridled reality, we have had to ask but little of imagination, for our crucial problem has been a lack of conventional means to render our lives believable. This, my friends, is the crux of our solitude.” Thirty years after the delivery of this speech, Márquez’s messages of the compounded isolation of loss, and the difficulty of its expression within any conventional means, echoes in the experience of the women of the Atacama.

In his book Writing History, Writing Trauma, historian Dominick LaCapra also writes of trauma as a force that creates a fundamental and inexpressible solitude: “Trauma is a disruptive experience that disarticulates the self and creates holes in existence,” writes LaCapra, “it has belated effects that are controlled only with difficulty and perhaps never fully mastered.” For LaCapra, historical loss cannot be fully represented through the facts of a situation: the death count of a dictatorship, a terrorist attack, a suicide. Trauma, by its very nature, transcends time and accepted ways of knowing. It tears holes in existence. In some sense, the motivations of those that wander the Atacama are clear to many of us who have lost loved ones suddenly, who have found ourselves adrift. If our loss can be held, perhaps it can be expressed, and if it can be expressed, perhaps we will not be so alone in it.

This desire to hold our loss is both individual and collective. Whenever young adults from New York City discuss the attacks of September 11 and their aftermath, there is a frantic verbal scramble to claim their solitary piece of this communal trauma. One friend recalls the noise that rang through lower Manhattan, the taut air. One was wearing an astronaut suit and was peeled from the window by his father—told not to look. Another recalls the ash falling in Brooklyn, and dark smoke over the river on the first day of kindergarten. We each want to tell our story, so that we can sit and hear echoed back that it is real. Perhaps more so than older New Yorkers, those of us who were small children in 2001 have found ourselves struggling to lay claim to our one or two memories of the day, to grab hold of a concrete piece of it so it cannot grab hold of us, but perhaps also so that we know that what came afterwards was reality. The sudden absence of friends and relatives, the PTSD of classmates and neighbors, my sister’s separation anxiety, my obsessive compulsion. In desperately laying claim to our trauma, we seek, in Márquez’s words, “to render our lives believable.”

This desire to grasp something concrete about that day also extends beyond those who were children on 9/11. In a commissioned piece for the National September 11 Memorial Museum in New York City, artist Spencer Finch ruminates on this compulsion. The piece, titled “Trying to Remember the Color of the Sky on That September Morning” consists of 2,983 squares of paper—one for each victim of the attacks—hung together, each painted a different shade of blue in an intentionally futile attempt to approximate the clear sky on the morning of 9/11. Finch’s piece functions as an ode to the simultaneous collectivity and fundamental solitude of attempts to conjure a ‘true’ recollection of September 11. Yet Finch’s piece also cannot be separated from the context of the 9/11 Museum, which posits a specific narrative of a victimized United States which retaliates against its aggressors. Memory is political, and our claims to a continued trauma can be used to further weaponize this loss in service of American militarism. This is another reason why we try so hard to claim our experiences of 9/11. As the deaths of friends and neighbors have been transformed into a political tool, those that lost loved ones have been robbed of a complex and individual narrative of their loss, and instead have been fed––and in many cases accepted––a promise of closure through vengeance. Perhaps, in holding this trauma as real and ours, in accepting its continuous presence, we can begin to reject these narratives of closure––to reclaim it from those who have used it as a weapon.

Not all trauma is alike. The trauma of the Chilean dictatorship, loss caused by gendered, racialized, and state violence, is fundamentally political. The trauma of 2001 cannot be separated from the boundless violence wreaked in the name of its victims. The collective trauma that now soaks Houston, the Caribbean, Florida, and Mexico cannot be reduced to simple narratives of perseverance and our indomitable humanity. The narratives of healing, strength, and resilience we so often hear in the wake of disasters often feel like a falsely universal script that elides the specificities of each instance of trauma. This universalism offers us an unearned and uncomplicated empathy, allowing an escape from true confrontation with the realities of loss and violence, as well as their political implications. A shared relationship to loss must not be conflated with empathy. Still, this mutual connection has value in and of itself––if we look between instances of collective trauma, perhaps we can begin to resist the simplified narratives of closure that are often demanded. Perhaps we can give each other space to hold our specific losses.

This week, we pass through another September 11 burdened by loss. As 1973 marked the beginning of a reign of terror for so many in Chile, as 2001 brought loss to New York, 2017 brings a new collective loss to those in Houston, the Caribbean, Florida, and Mexico. As death tolls and damages rack up in the wake of the earthquake in Mexico and Hurricanes Irma and Harvey, I am reminded of the way that trauma results from these numbers, but cannot be grasped through them. Writing History, Writing Trauma focuses largely on the inadequacy of traditional methods of historical research in representing experiences of trauma. We are told often, in the wake of disasters, that the loss remains even after the camera crews leave. While this cliché is often trotted out to advocate for continued aid, it also speaks to the ways in which disasters such as these fundamentally reshape the people and places affected in ways that remain long after ‘recovery’ is deemed complete. Nearly 40,000 homes were destroyed by Hurricane Harvey, 80 percent of which were not covered by flood insurance. Even if homes and highways get rebuilt, the Houston that emerges from this loss will be a different city than the Houston the hurricane encountered. In Mexico, the death toll from last Thursday’s earthquake has reached 90, the vast majority of which occurred in the province of Oaxaca. A generation of Oaxacans will be caught wandering in this absence, entangled in the past.

My sister once told me that in the wake of the attacks on September 11, 2001, her six-year-old mind transformed the phrase ‘Ground Zero’ into ‘Zero Ground.’ In her mind’s eye, the site of the towers itself became an absence, a black hole slowly enveloping the island of Manhattan. We are still trying to grab hold of the absence.

ZACK KLIGLER B’20 is trying to untangle.