The Right to Identify 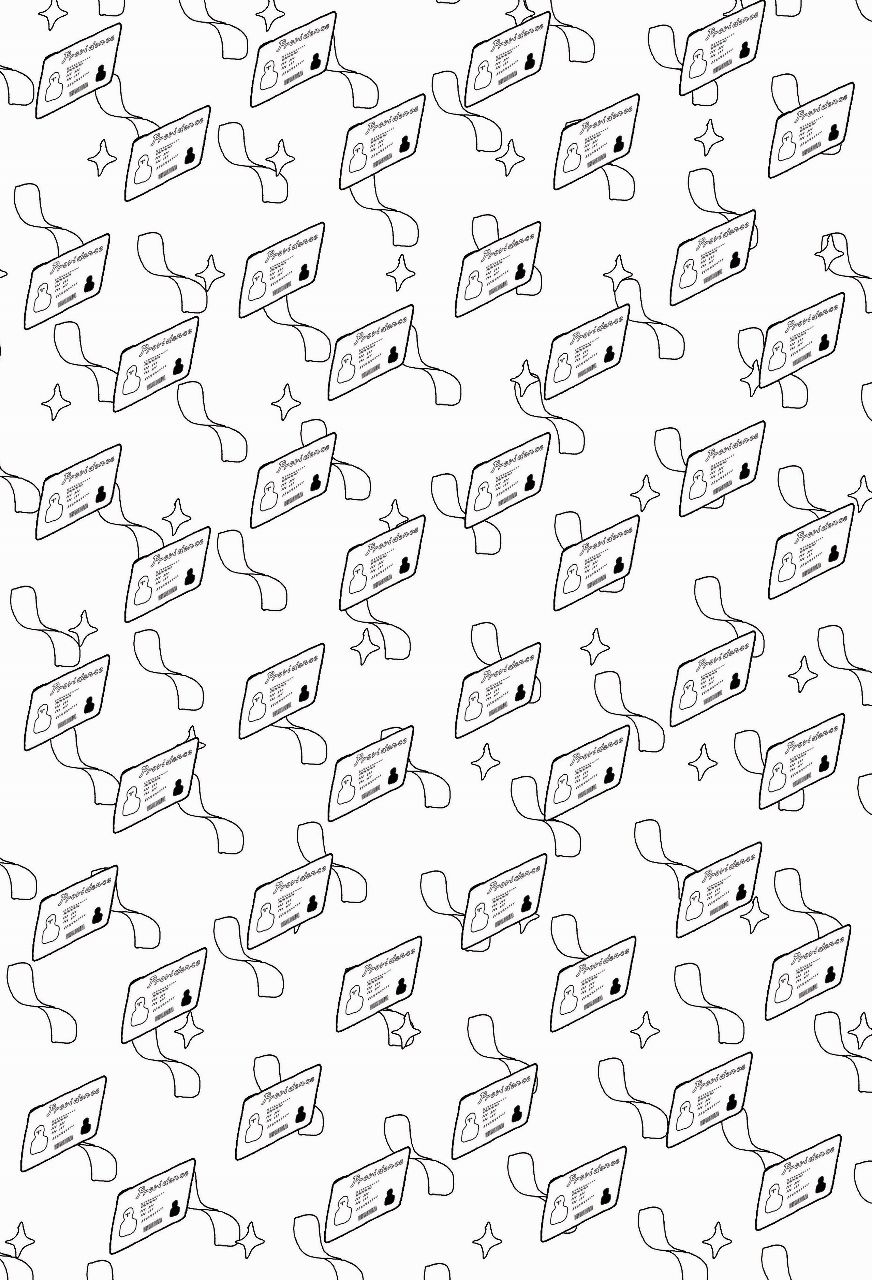 Entering a public library, opening a bank account, accessing government social services: to many, these processes seem simple. Carrying a card in a wallet that confirms your identity seems like a basic requirement. But many others—because they are homeless, lack legal immigration status, or do not conform to a specific gender identification—are left without legal identification and thus excluded from important social services.

The new Providence municipal ID program, proposed this spring by Mayor Jorge Elorza,  ensures that every Providence resident has an identification card that allows them to receive government services, enter public buildings, and identify themselves to the police. Primarily designed to prevent the marginalization of undocumented immigrants, municipal ID cards can also assist transgender individuals by allowing for card-holders to identify their gender themselves. Other groups who stand to benefit are the homeless community and younger residents who don’t have driver’s licenses.

After President Trump’s September 5th decision to end the Deferred Action for Childhood Arrivals (DACA) program, the pressure to exclude and marginalize undocumented immigrants has only intensified. Within this national political context, cities are forced to either leave their undocumented population vulnerable to deportation, or attempt to protect the population with programs such as municipal IDs.

To the city governments who allocate them, municipal IDs represent the potential of local legislative and administrative power to resist the Trump administration. To the vulnerable city residents who receive them, municipal IDs represent an important affirmation of both their identity and the efforts of the city to recognize their needs as community members.

The city budget for this fiscal year, which took effect on July 1, included $150,000 of funding for the municipal ID program, which will be available by the end of the year. After securing funding for the program, Mayor Elorza hosted a community conversation on August 8 at the Southside Cultural Center to discuss the issue, and to solicit opinions from Providence residents about the best implementation method for the program. Mayor Elorza is now waiting to receive submissions from third-party ID makers who will assist the government in the rollout of the program.

The municipal ID program is a part of Mayor Elorza’s ‘One Providence’ initiative, which he launched after the election of President Donald Trump to guarantee that Providence kept striving to be an inclusive community, regardless of Trump’s own policy agenda. This initiative is meant to target criminal justice reform, local immigration reform, police-community relations, and support for marginalized communities. Other ‘One Providence’ legislation includes the creation of a hotline for victims of hate crimes, and the establishment of a Muslim advisory board to foster integration and empowerment in the Muslim community.

When Providence rolls out the municipal ID program, it will join the ranks of other cities like Detroit, New York, San Francisco, and New Haven. Since New York implemented a municipal ID program in 2015, one million people have applied, and over half of the cardholders use the municipal ID as their primary form of identification. Another contributing factor to the New York program’s success is the addition of cardholder discounts at select cultural institutions and private businesses. According to spokesperson for the city Victor Morente, Providence hopes to use New York’s discount incentive as a model.

By making the program attractive to as many people as possible, the discount model also helps to ensure that having a municipal ID does not become synonymous with being an undocumented immigrant. As Marcela Betancur, a policy associate at the ACLU, told the Independent over the phone, “If it’s only for undocumented residents, there is no point,” and taking part in the program becomes dangerous for undocumented immigrants, as they can be easily targeted by federal authorities. “The goal of the program is as simple as making sure everyone feels welcome,” Morente said, but the specifics of the program still need to be considered.

Providence may follow the lead of cities with already existing municipal ID programs, but substantial differences exist between cities’ implementation of the program. For undocumented immigrants, the most important of these differences is the number and degree of identification and verification methods that the city requires during the municipal ID application process. Some cities allow foreign identification cards to stand in for American documents, thus allowing undocumented immigrants complete access to the municipal ID program. Providence does not intend to ask applicants about their immigrant status, but the application procedure has yet to be established, and will depend partly on the third-party ID maker’s proposal.

Betancur said that, though the ACLU is supportive of the program, they are concerned that Providence will run into the same problems that other municipalities have confronted around personal information collection. Additionally, the ACLU has pushed Providence to widen the accessibility of the program. For some populations, applying for and paying for a municipal ID is out of the question financially. The ACLU hopes that Providence will confront this issue in their upcoming proposal.

In order to effectively protect undocumented immigrants, municipal ID programs across the country must maintain the right to destroy the personal information and preserve the privacy of cardholders. If this is not the case, the federal government can seize this information in order to target undocumented immigrants. The city’s right to preserve this privacy has been contested in New York, where two State Assembly members from Staten Island filed a lawsuit against the city, asserting that purging the personal documents could threaten national security. This April, the New York State Supreme Court ruled in the city’s favor, proclaiming the right of the city to preserve the privacy of undocumented immigrants. In 2008, a similar decision was made by a California judge upholding immigrants’ right to privacy.

President Trump’s decision to phase out the DACA program sets the tone for a national immigration policy that lacks any regard for the well-being of undocumented immigrants. In Rhode Island alone, President Trump’s decision will upend the lives of 1,500 DACA recipients in the state. As a part of the DACA program, DACA recipients are able to receive  Social Security numbers, and subsequently are able to apply for a driver’s license. Following the end of DACA, this process will be impossible. This leaves even more undocumented immigrants without a form of identification, and will potentially increase demand for programs such as municipal IDs.

As Brandon Lozeau, Community Relations Manager at Dorcas International Institute of Rhode Island, told the Indy over the phone, “If communities don’t do things to make people feel included, the federal government certainly won’t do it. On this issue, it is completely up to the cities to make a difference.”

Cities across the nation have attached themselves to the elusive label of the ‘sanctuary city,’ and Providence is no exception. Earlier this year, Mayor Elorza proudly announced that Providence would be a sanctuary city. However, after Trump threatened to revoke funding from cities who do not comply with federal immigration law, Mayor Elorza backed down, saying that Providence does not technically fit within that designation in order to maintain Providence’s source of federal funding. As he has tried to strike a balance between respecting national policy and resisting Trump’s policy agenda of marginalizing the undocumented community, he has left behind a mixed legacy.

Many activists have percieved that Providence has not taken enough tangible action to protect the undocumented community, made evident by a recent letter sent by 17 Rhode Island organizations calling for more aggressive legislative action following the end of DACA. The letter, sent by organizations including the ACLU of Rhode Island, Dorcas International Institute of Rhode Island, and the Providence branch of the NAACP, concluded by saying, “If you are as appalled as we are at the federal administration’s cruel actions against these innocent DACA recipients, we ask you to demonstrate your concern by taking…concrete steps…to protect them from the mean-spirited and heavy hand of the federal government.”

If the municipal ID program is implemented, and avoids some of the pitfalls of similar programs, Mayor Elorza might partly restore his reputation as a fighter for the undocumented community, and Providence will take a step towards becoming a model for using local legislation to resist discriminatory federal policies.