The impending writers' strike and the problem with peak TV 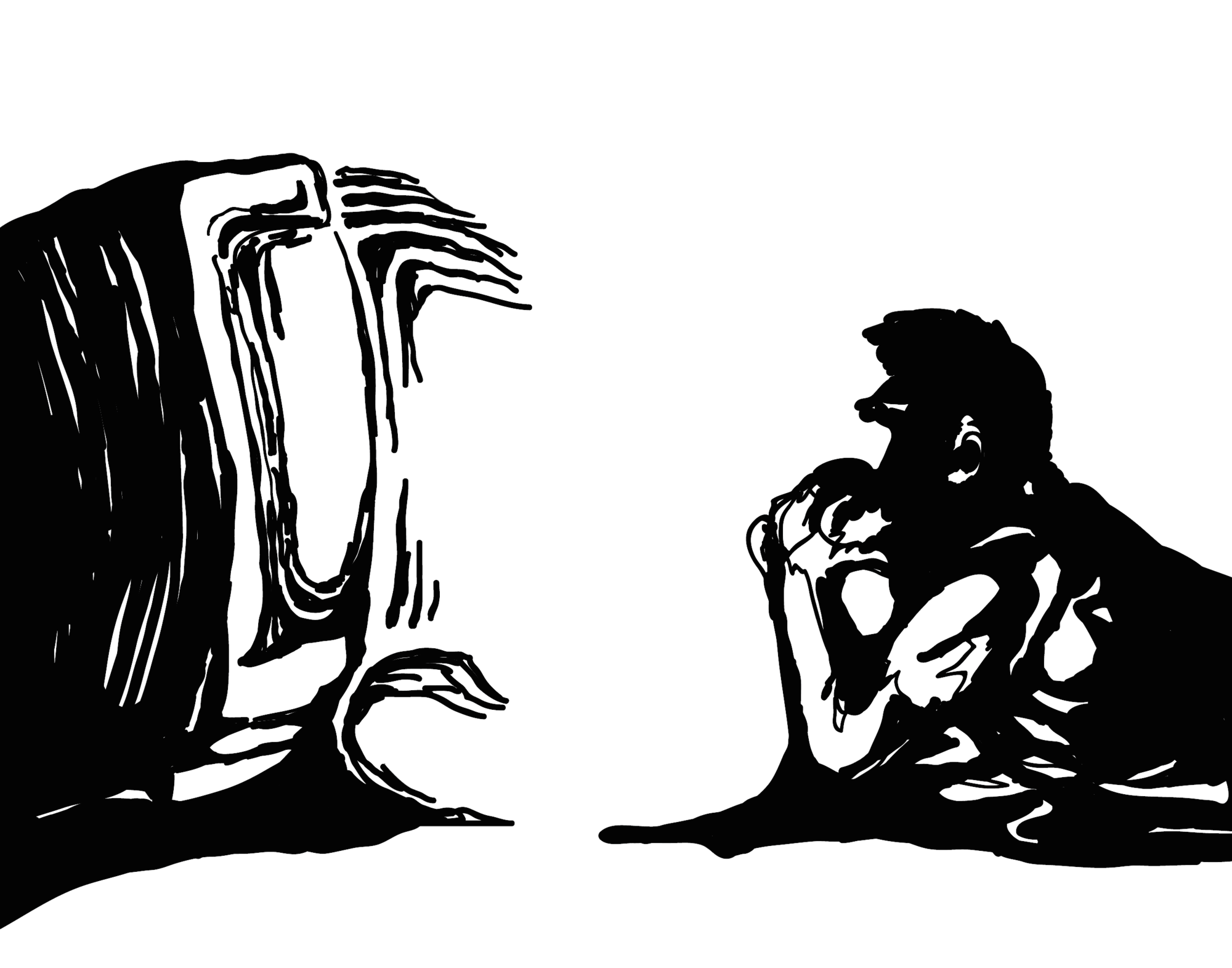 “West Board and East Council voted unanimously to move forward with a strike authorization vote,” begins television producer, director, and writer Eric Wallace. Opening a video directed to both the general membership of the Writers Guild of America (WGA) and to his employers, Wallace and the other members of the union’s Contract Negotiating Committee carefully outline their current situation: they’re losing the battle to renegotiate the terms of the entertainment industry’s standard contract for writers. “We create the content seen all over the world, and the companies are making a lot of profit off of that,” Zoanne Clack, writer-producer of Grey’s Anatomy and committee member continues in the clip. Alluding to the meager gains the union achieved after the 2007-08 Writers’ Strike, she concludes, “We need to leverage the power we have at the negotiating table, so that we are able to get a fair deal when we go back.”

Composed of two smaller unions, the WGA West and the WGA East, the WGA advocates for the workers’ rights of television, film, and radio writers nationwide. The organization ensures standardized compensation, pensions, and health plans; it also assists in labor disputes with the TV and movie studio trade association, Alliance of Motion Picture and Television Producers (AMPTP). The AMPTP’s membership includes nearly all companies an American television or film writer would or could work, like Disney, Sony, CBS, NBCUniversal, The Weinstein Company, Paramount, Lionsgate, and Warner Bros. Every four years, the WGA and the AMPTP meet to renegotiate the standard contract used across the country.

Negotiations between the two organizations broke down in 2007 in a dispute over the payments writers would receive when their film was sold as a DVD or distributed in the (then-emerging) market of online streaming services. A 100-day strike ensued. Original TV programming ceased production, crews stopped coming into work, and, according to conservative estimates, Los Angeles County lost $2.5 billion from entertainment related industries. Since then, online viewership has grown exponentially, but writers’ payments from services like Netflix have remained relatively stagnant. As audiences continue to cut the cord and the industry braces for another work stoppage, one major issue is seemingly missing from the discussion: Netflix isn’t at the negotiating table.

In 2007, only months before the last writers’ strike, Netflix launched a 1,000-title movie streaming application. Originally limited to only those with pricey, high-speed internet connections, their expansion wasn’t taken particularly seriously by the WGA, the AMPTP, or industry analysts. Shortly after, Netflix began including TV shows, and in 2011, when internet subscriptions with more bandwidth had become widely accessible, the company acquired the rights to stream the first four seasons of AMC’s critically acclaimed drama Mad Men. Noticing their customers’ tendency to rent an entire season’s worth of DVDs for other long-form shows like The Sopranos, Netflix put all of the seasons online at once. TV critics and scholars believe that Netflix’s decision to release multiple seasons of shows with season-long story arcs, created what we now know as binge-watching.

Because of shows like Mad Men and The Sopranos, television has entered what many in the industry are calling a “Third Golden Age.” Network offerings have more than doubled since streaming services entered the marketplace, and FX Networks president John Landgraf coined the term “peak TV” to describe the rapid expansion in studio profits and scripted programming permeating the airwaves. There has never been more money or more content available, but this apparent prosperity has come at the expense of those behind the camera. The increasing popularity of streaming combined with the flood of viewable material has fundamentally altered the way the TV industry is structured. Because networks understand that viewers want to binge watch an entire season or show, executives have slashed the average number of episodes in a production by nearly 50% in order to ensure that viewers have a breadth of content to consume at all times.

Writers, instead of a salary, are paid a union standard, flat rate per episode. They then receive additional payments anytime an episode is replayed or streamed. With the reduction in season lengths, many writers have been seeing similar reductions in their earnings for years, regardless of how many new shows are on the air.  Production companies’ drive to cheaply produce fresh content and to maximize profits has also caused the AMPTP to exploit a ‘single-draft’ clause in the last set of WGA contracts to pay newer, younger writers even less. By paying for only one version of a script, the AMTP pushes less-established writers to do multiple, unpaid rewrites in the hopes that they’ll eventually earn a larger payout. Adding to the union’s financial stress, an increasing number of WGA members have begun to retire, drawing on the organization’s reserves for their healthcare and pension plans. Mirroring the larger political discussions around federal funding for Social Security and Medicare, the cost of caring for baby-boomers in the WGA, which would currently bankrupt the organization by 2021, places financial strain on the youngest generation of writers to support the older without an increase in wages. Despite this, the AMPTP has refused to give. Using their tangled relationship with online streaming corporations to deflect blame, the AMPTP has been leveraging the union’s financial trouble to pressure the Negotiating Committee into accepting a subpar deal.

Compounding this standoff, Netflix doesn’t publish ratings data. Because they consider their company’s primary product the technology that allows streaming rather than the shows themselves, the only metric Netflix needs to sustain growth is their subscriber numbers. All of their own content creation is relegated to one division of the company, and they still primarily view themselves as a distributor instead of a producer. Despite successful, multi-season shows like Orange is the New Black and House of Cards, creation at Netflix is seen as a way of generating buzz to increase subscribers, and Netflix is projected to stay in debt from these productions for the next decade. Ted Sarandos, the corporation’s Chief Content Officer, views the idea of specific numbers about each show as irrelevant. “Big Data,” he explained in a New York Times interview, “helps us gauge potential audience size better than others,” and while there’s nothing inherently wrong with not making information about each program’s viewership public, Netflix’s market position allows them to sit back without consequence as negotiations fail. The problem, the AMPTP says, is that they don’t know how many people are watching each of their shows, so they can’t pay Netflix, and other streaming companies like Hulu, an accurate amount of money for licensing or get a read on how many viewers are watching their programs online. This, in turn, allows the AMPTP to deny writers’ demand for accurate compensation. As the labor they rely on is squeezed, Netflix has remained silent on the strike altogether.

The absence of streaming services at negotiations also presents wider repercussions for those whose labor is considered ‘unskilled,’ but is still essential to the production of TV and film, such as lighting technicians, camera and mic operators, and video effects artists. While over $500 million was lost in writers’ wages alone during the 2007-08 writers’ strike, those working in hourly capacities on production sets like electricians, construction workers, and set designers lost almost double that. Formal studies of the strike have used traditionally broad categories of labor, but the remaining $1.3 billion ‘ripple effect’ felt by Los Angeles County, according to economist Jack Kyser, was overwhelmingly shouldered by hourly, potentially nonunionized workers throughout the area in industries like catering, delivery, and hospitality. With the dramatic decrease in union membership of any kind over the last 20 years, it’s entirely unlikely that anyone will be advocating for these workers in the current negotiations, leaving them vulnerable to a strike that disproportionately affects them.

In the time of ‘peak TV,’ production has gone global in search of ideal locations to populate our screens. While there are still an increasing number of productions happening in the US, shows like Game of Thrones film in up to five different countries at a time, and companies like HBO employ hundreds of these hourly, nonunionized people along the way. Other portions of TV production have similarly begun to leave the country. Taking advantage of the traditional methods of ‘outsourcing’ utilized by large, multi-national corporations, smaller networks like SyFy have begun employing VFX teams from outside of the US for substandard wages. To keep up with the increasing demand for content, networks are minimizing costs in traditionally corporate ways, which has created a larger, international web of exploited labor, reliant on the constant creation of programming.

With another work stoppage looming on the horizon, network TV may be readying itself for another major shift. The recent increase of TV programming, brought on by the advent of streaming and the unwillingness of large corporations to take a reduction in profits, has been predicated on an arms race of undervaluing each subsequent link in the chain of creative production. Wallace, closing out the video to his fellow WGA members, explains that the purpose of the union, and the potential strike, is “making writers’ lives better.” That statement, and much of the reporting on this strike, highlight the precarious position of being one of many exploited labor groups. Without a call for collective improvements, throughout the entirety of the production process, the cycle of extraction can be continually passed down the production cycle until those who are unable to advocate for themselves so publicly are the only people left without what they need. But with Netflix blatantly ignoring their role, a discussion like that can’t even begin to happen.

NOAH EZER B’19 wants you to support collective power.