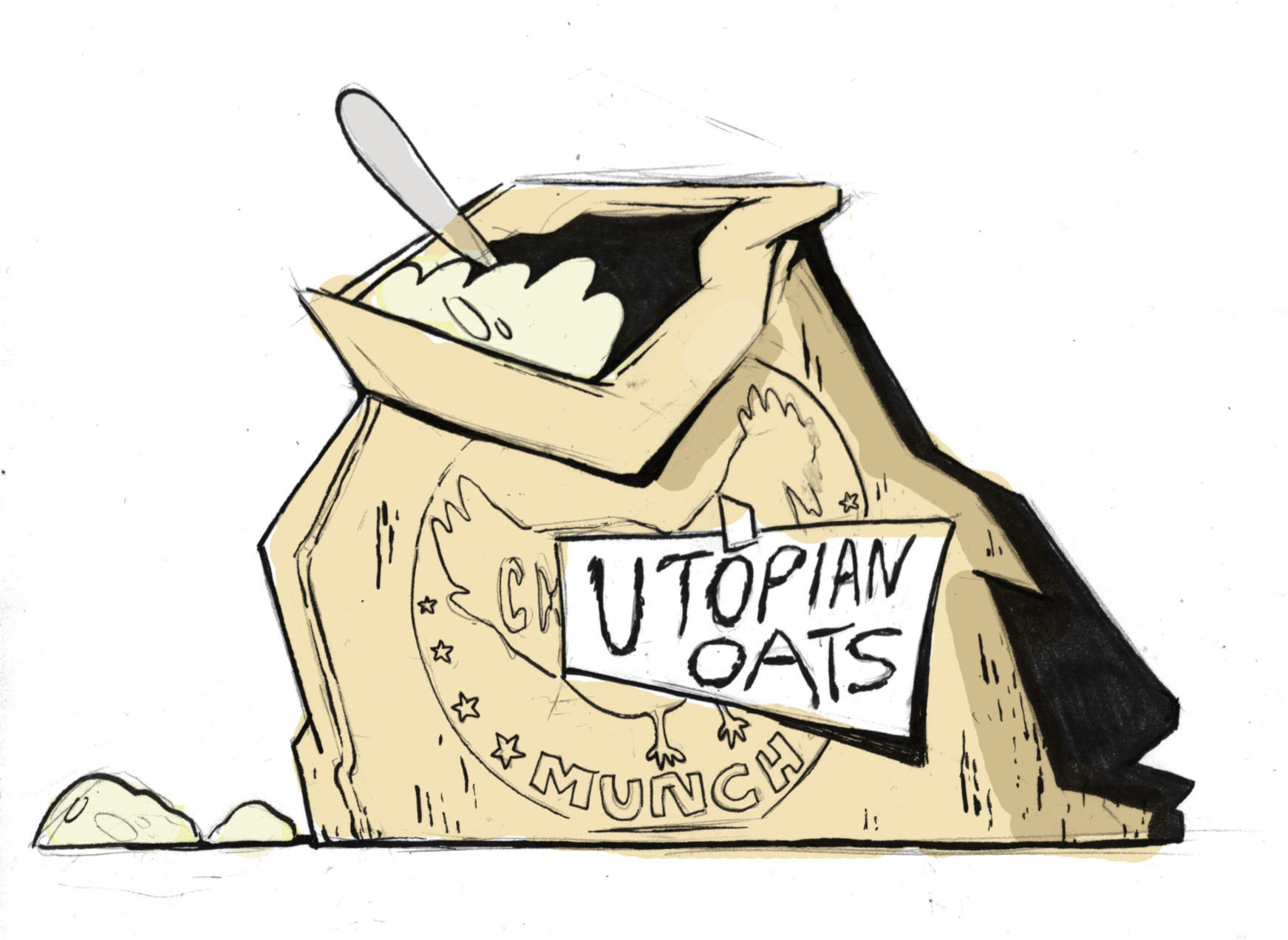 The setting: a former World War II training ground in rural Scotland. The objective: to create a new society from scratch without any modern technology. The experiment: to broadcast the results 23 participants living in this Scottish, technology-free environment for a year as a reality television show, misleadingly titled Eden. The participants—which include a rowing coach, a plumber, a locksmith, and a dog groomer—began the experiment last July, and only ten participants succeeded in enduring the harsh conditions for a full year.

Those ten participants re-entered the world to many upsetting surprises. Donald Trump was elected President of the United States. Britain decided to leave the European Union. 40 million people fixated on their cellphone screens as they played Pokemon Go. But perhaps most upsetting of all, Eden, the reality show to which they had dedicated the last year of their life, was cancelled after a mere four episodes.

The New York Times reported that viewership dropped from 1.7 million for the first episode to 800,000 for the fourth episode, making the show unviable for the network. This pertinent information was not relayed to the participants, and so they continued to toil away, blissfully ignorant of their own irrelevancy.

According to the participants who prematurely left Eden, the experiment had big problems from the start—sexual jealousy, starvation, and swarms of biting bugs called midges (just to name a few).

Tara Zieleman, a 34-year-old life coach, was the first participant to quit. An expert at advising other people on surmounting life’s challenges, she couldn’t coach herself through the adversity of being a reality television star. Comparing her experience to William Golding’s Lord of the Flies, she claimed that she was bullied for being weak. Other participants criticized her for failing to contribute real work and insisting on providing massages and counselling sessions instead.

Zieleman recounted that some participants snuck off the show’s property to local stores after nightfall in order to satiate their alcohol and junk-food cravings. The nearby shop owners must have become accustomed to turgid clumps of people entering their stores late at night, rushing to grab handles of hard liquor and Hershey’s bars with dirty, calloused hands. She also cited sexual conflicts—aided by alcoholic home-brew that the group concocted out of pinecones and potato peels—as a major source of discontent. A dozen other participants quit shortly after Zieleman did, leaving only ten people in the Scottish wilderness as they attempted to reinvent modern society.

If the remaining participants had been notified of the show’s cancellation, would they have stayed on? Were they genuinely interested in constructing society afresh, or did they only care about becoming household names through reality stardom? And perhaps more importantly, if no one was watching their struggle to gather food, brew alcohol from pine cones, and avoid biting insects, did it really happen?

Almost two years after he declared his candidacy, nine months since he became the Republican nominee, and 12 weeks into his administration, President Donald Trump still has not released his tax returns. The media seemed to lose interest in the issue after the inauguration until March 14, when MSNBC host Rachel Maddow claimed to have obtained Trump’s tax returns. In a melodramatic segment on her show that night, it turned out that Maddow only had two pages from the president’s 2005 returns uncovered by reporter David Cay Johnston, information almost entirely irrelevant to Trump’s presidency.

But the discovery that Trump paid an effective income tax rate of 25 percent—although low—refuted the idea that he was paying no taxes at all.

Whether as a result of the MSNBC segment, or simply coincidence, the last few weeks have seen an explosion of renewed interest in the subject. Journalists have continued their search for the returns, which Politico recently called the “holy grail” of presidential reporting (but maybe also the black hole).

Citizens for Responsibility and Ethics in Washington (CREW) sued Trump in January for possible ethics violations resulting from his business dealings with foreign governments and want to subpoena his taxes as evidence. A few state legislatures may try to dig up the returns by using a little-used clause of the Constitution to put restrictions on what candidates must do to qualify to be on the ballot in the state. And this coming Saturday, three days before the 2016 tax filing deadline, a collection of left-wing political groups will hold rallies in Washington, DC and around the country to bring greater attention to the issue in order to drum up political engagement in the months leading up to the bloody fight over tax reform predicted for the next congressional term.

Historically speaking, presidential candidates have used their taxes as a means of connecting with the economic concerns of the average voter, but as a candidate, Trump managed to generate working class support without downplaying his wealth. For Trump to release his tax returns now would only confirm the opinions of his opponents without dampening his political power on the right. 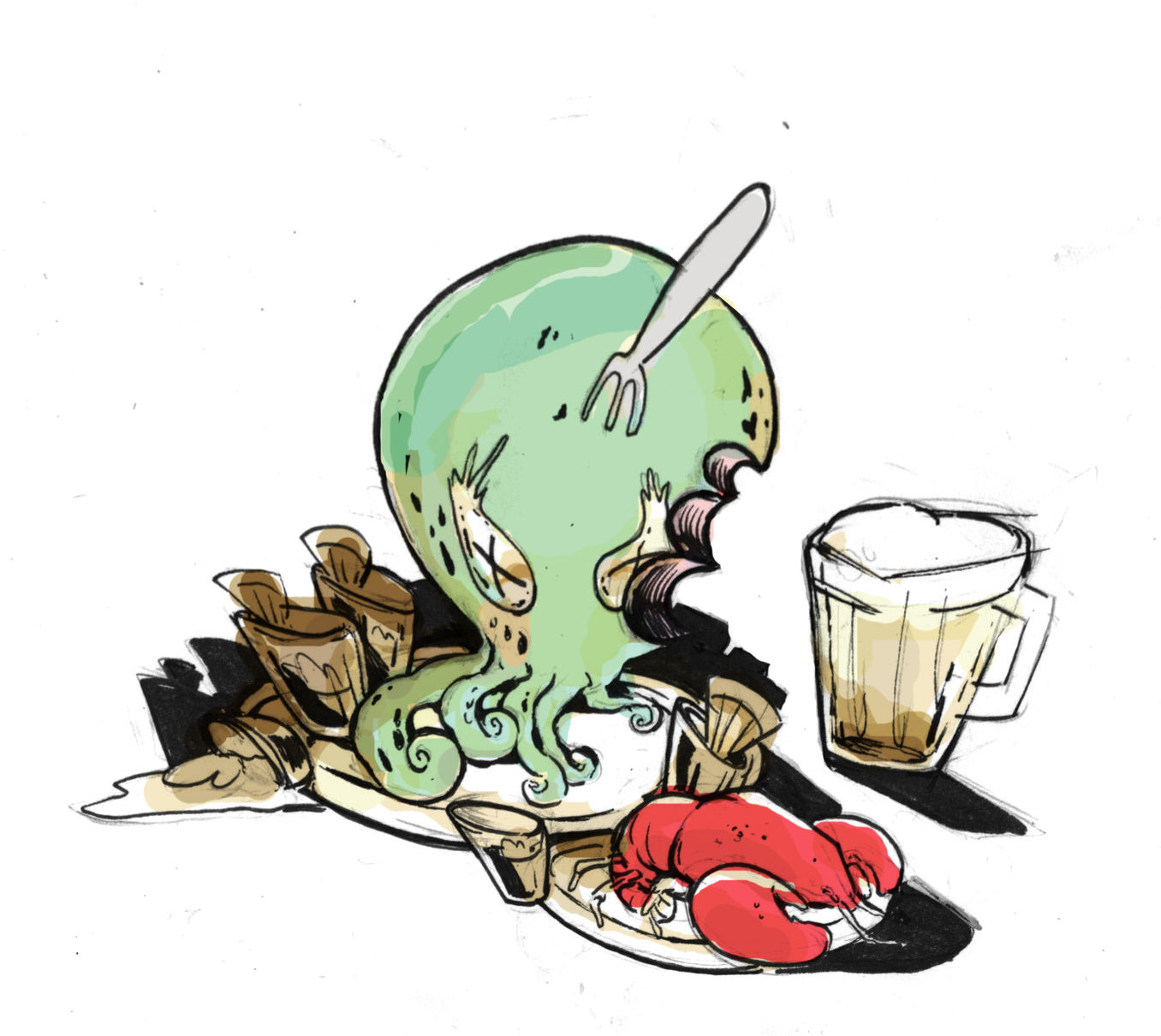 Aspiring Australian rapper “2Pec” (née Terry Peck) understands the importance of having role models. Besides the obvious appellative inspiration, Terry’s recent entrance onto the media scene might have taken its cue from another towering figure in the world of hip hop: Sean Kingston. Kingston, remarkably, almost died twice following a disastrous jet-ski accident in September of 2016.

2Pec isn’t a simple copy-cat, though—he practices repetition with a difference. Consider the following: the New York Post reported that last Sunday, 2Pec visited oceanfront restaurant Omeros Bros Seafood Restaurant. He ordered two lobsters, one baby octopus, 21 oyster shooters, and a few beers, for a total of $621. When the bill arrived, Peck dove into the ocean to make a jet-ski escape, pursued by water-borne police. Upon his apprehension, Peck claimed he had rushed out to help a pregnant friend. And that the lobster was overcooked.

Omeros Bros, founded by brothers Nick and Angelo Omeros, is now owned by Nick’s son, John Omeros. He denies the lobster was overcooked.