Chemtrails Over the State House

Objectivity and conspiracy in environmentalist discourses


“Rhode Island is a sovereign republic within the United States of America, they can’t just spray stuff in the sky over our heads… I can see trails right over the State House and I’m saying these folks should be able to see this when they’re walking right out the door.” 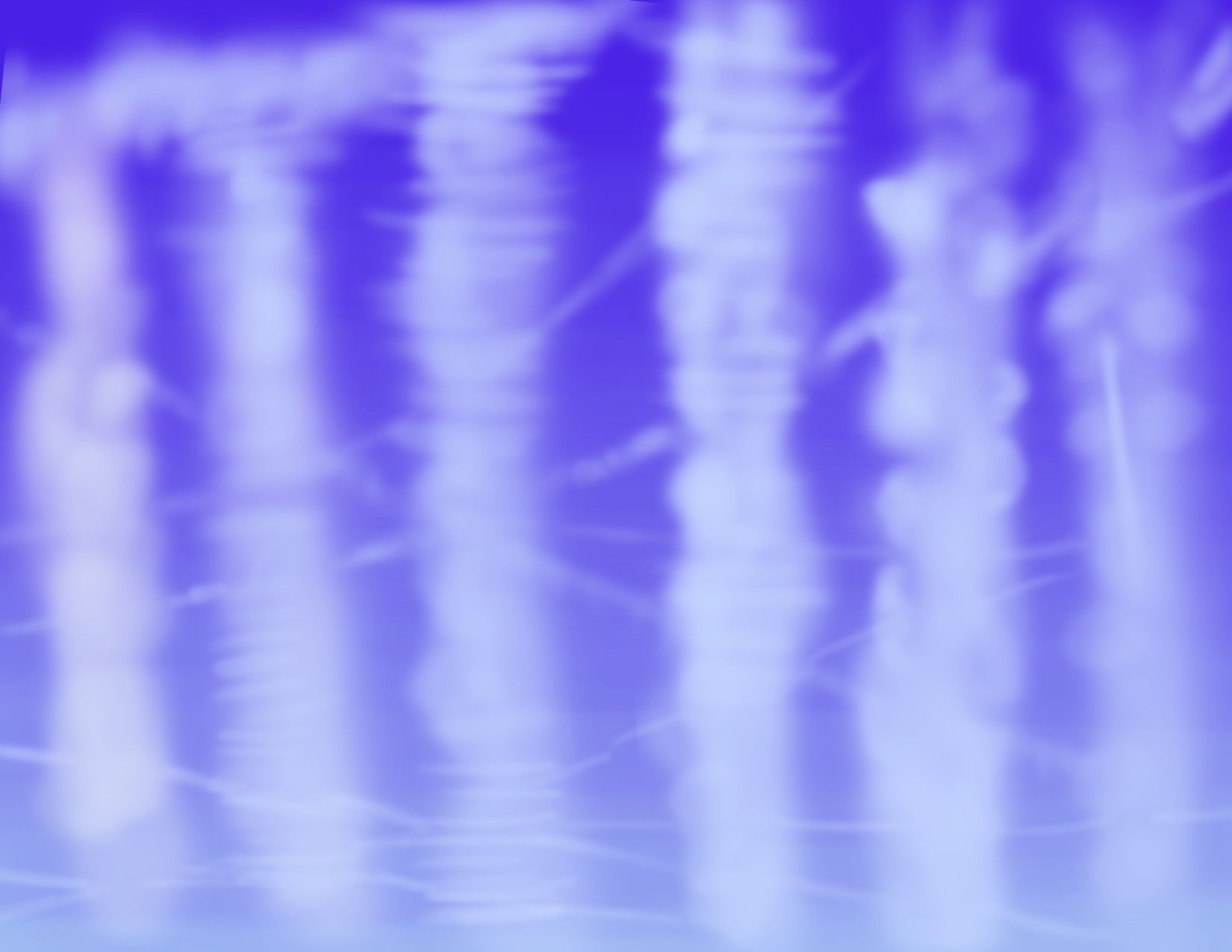 Last year, amid a historic drought, the Los Angeles County Department of Public Works contracted a Utah-based cloud-seeding company to increase precipitation in Los Angeles County. The company sprayed particles of silver iodide into the atmosphere to kickstart cloud condensation. As a result, the California Department of Water Resources estimates that precipitation increased by four percent. This process of intentionally altering the atmosphere is referred to as geoengineering. Governments throughout the world have in controlled, well-documented circumstances, funded geoengineering operations. Some climate scientists even propose geoengineering as a solution to climate change. A small group of conspiracy theorists, however, believe that a far more insidious type of geoengineering is occurring right now through the systematic, intentional dispersion of chemicals from airplanes. The most popular strain of geoengineering theories, Solar Radiation Management, proposes spraying sulfates into the atmosphere, a process that would reflect sunlight back to space before being trapped by greenhouse gasses. Geoengineering truthers, as they are called, believe that these current, covert geoengineering projects pose a threat to our bodies, minds, and planet.

Contrails, a portmanteau for ‘condensation trails,’ are the visible traces left by the exhaust of airplanes, an effect caused by a combination of crystallized water vapor at high altitudes and the chemicals in jet fuel exhaust. They are the white, cloud-like streaks that trail airplanes. Alternatively, chemtrails, the truthers believe, look identical to contrails, except they are composed of biological or chemical agents with undisclosed purposes. As a team of UC Irvine and Stanford Biologists wrote in the journal Environmental Research Letters, “the most commonly inferred goals [of chemtrails truthers] were control over population, food supply, and/or the weather.” Geoengineering truthers believe that atmospheric geoengineering projects are being conducted through these chemtrails.

Introduced by Representative Justin Price (R-39) to the Rhode Island State Legislature on March 1, 2017, HB 5607, “An Act Relating to Health and Safety––Geoengineering,” is a radical piece of legislation emerging from the geoengineering truther movement—ascending from online forums to the realm of public policy. Broadly, it would increases the power of the state to monitor intentional climate manipulations in the Rhode Island airspace. More specifically, HB 5607, now in its fourth iteration at the state level, legally defines atmospheric geoengineering and would increase government oversight. Even outside of Rhode Island, HB 5607 and its predecessors have amassed a wave of online grassroots support from fellow truthers.

Rep. Price, along with former State Rep. Karen MacBeth (D-52), first made a splash in the chemtrail community last February with their introduction of HB 5480, “The Climate Geoengineering Act of 2016.” This bill, which functions quite similarly to its current counterpart, garnered large support online—particularly on the chemtrail watchdog site GeoengineeringWatch.com. Unsurprisingly, online comments regarding the legislation range in focus and absurdity. For example, Alexandra May Hunter on legiscan.com writes that “The people have the right to have any and all ongoing or future geoengineering programs investigated by a neutral unbiased advisory board…[which] must include citizens.” Others, however, like johngraf, merely believe that, “It's a whole separate crop dusting operation being allowed to continue as the mainstream news calls it PARTLY CLOUDY.”

Back in Rhode Island, enter: Tom Loiselle. White, middle-aged, mustache. With last year’s legislation culminating in a public hearing at the Rhode Island State House, Loiselle testified in front of a slew of eye-rolling elected officials. Referencing Dane Wigington, a chemtrail activist-lawyer who runs ‘Geoengineering Watch,’ Loiselle told the House Committee on Environment and Natural Resources that, “He’s not a global warming climate change skeptic…he’s saying it’s happening but we are also making it much worse by trying to mitigate it, and we’re also destroying our environment and our bodies with the chemicals they're spraying.” As a basis for his assertions, Loiselle co-opts climate science for his own agenda. Attempting to occupy the activist environmentalist space, Loiselle and Rep. Price refer to government documents and photos from the past three decades that tie covert geoengineering projects to climate change. Unbelievably, the representatives took the bait; they normalized these concepts within a rational discourse of environmental issues and solutions.

Rep. Aaron Regunberg (D-4) contended that legislators “personally don’t know and haven’t seen much evidence to see whether geoengineering is happening currently, but do know that there are serious people having real conversations about trying to do this and it’s a testament to what a crisis we have gotten at this point with climate change.”

In the current state of environmental crisis, the geoengineering movement serves as a reminder that—despite the ability to connect to disaffected conspiracy enthusiasts—maintaining the factual premise of climate science is necessary to forging a unified, concerted movement.

Plotting the current geoengineering truther movement on the political spectrum is a dizzying task. Geoengineering truthers are both environmentalists and pseudo-scientific—in favor of government intervention while part of a larger anti-government movement. Online, chemtrail truthers have taken to social media and other forums, targeting any symbol of political power in a blind, single-issue effort. As they see it, the real vitriol is towards the politics at large, which prevent reliable investigations into the subject. Perhaps the politics of the movement could be captured by the following meme on the Facebook page ‘Chemtrails Awareness’: (*image of man holding beer*) “Cheers to everyone smart enough to not fall for the political divide & conquer agenda because if they keep us fighting each other, we will never focus on who the real enemy is.” This frustration and sense of suppression represents a larger ideological common ground between some environmentalists and geoengineering truthers. Both look towards politics for a solution (environmental regulation and HB 5607), but both ultimately share disdain for government and seek localized, populist solutions. Plant a garden; wear a gas mask.

It is important, furthermore, to recognize some of the merits of the geoengineering truther movement in relation to mainstream environmentalism. As Elizabeth Kolbert, author of the The Sixth Extinction, puts it, “we are geoengineering the planet. We are changing the climate, changing all sorts of aspects—geologically altering the earth.” And in this roundabout sense, the truthers have hit on something genuinely true: planes poison the atmosphere, whether or not they are intentionally spraying geoengineering agents. The fastest growing source of global greenhouse gas emissions according to the World Wildlife Fund, air travel accounts for five percent of global greenhouse gas emissions. The EPA has only recently taken steps to reign in the airline industry. According to a senior lawyer at the Center for Biological Diversity, “Airplane carbon pollution is skyrocketing, but the EPA is still dodging responsibility for curbing this climate threat.” Despite this environmental merit of geoengineering truthers, perhaps a more impactful effort would involve interrogating the fossil fuel industry, which is responsible for 30 percent of global emission, according to the EPA.

While the truthers certainly co-opt the legitimacy and scientific basis of climate change, they also champion popular demands of mainstream environmentalism: increased transparency and tighter environmental regulations. And despite their widespread derision, geoengineering truthers have forged a niche in the decentralized environmental movement. In Rhode Island, as with many places, this is particularly true at the grassroots level.

SLAP: secret large-scale atmospheric program. In the first peer reviewed scholarly analysis of the geoengineering truther movement, a team of UC Irvine and Stanford biologists published “expert consensus against the existence of a secret, large-scale atmospheric spraying program” in the journal Environmental Research Letters in 2016. Decoding the complex and often contradictory movement, the study establishes that “Nearly 17% of people in an international survey said they believed the existence of a secret large-scale atmospheric program (SLAP) to be true or partly true.” Conversely, “76 of the 77 scientists (98.7%) that took part in this study said they had not encountered evidence of a SLAP, and that the data cited as evidence could be explained through other factors, including well-understood physics and chemistry associated with aircraft contrails and atmospheric aerosols.” Such a contrast conveys both the prevalence of the belief in covert geoengineering projects and the necessity of not dismissing such a population as backwards or ‘bad environmentalists.’

Methodologically, the study scrutinizes major points of evidence (primarily gathered by community members) from the SLAP websites Geoengineering Watch and Global Sky Watch: “(1) photographs of trails left behind by airplanes and (2) elemental analyses of water, soil, and snow samples.” Taking this rudimentary evidence, the authors then surveyed “(1) atmospheric scientists with expertise in condensation trails and (2) geochemists working on atmospheric deposition of dust and pollution on the Earth’s surface.” Over the course of the study, nearly all experts disagreed with SLAP activists. Longer-lasting, different-looking chemtrails could be explained by new aero technology, while chemical dispositions in new areas could be explained by changes in industrial development.

The chemtrail community has found a voice online, occupying forums, social media, and legislative websites. From Prince to Kylie Jenner, chemtrail truthers have popularized a formerly fringe conspiracy theory by seizing climate change science and claiming legitimacy. This pushes environmental activists to consider their positionality; what makes a ‘good environmentalist?’ Such a question illustrates the intersection of science and conspiracy in environmentalist discourses—forcing a trade-off between accommodating potential allies and complicity engaging in pseudo-scientific theories.

“It is reasonable that ordinary citizens should want questions answered concerning health, climate change, and pollution,” writes the team of environmental scientists, “But the focus on a secret, large-scale atmospheric spraying program may be taking attention away from real, underlying problems that need addressing.”

CHRIS PACKS B’20 keeps his eyes on the skies.