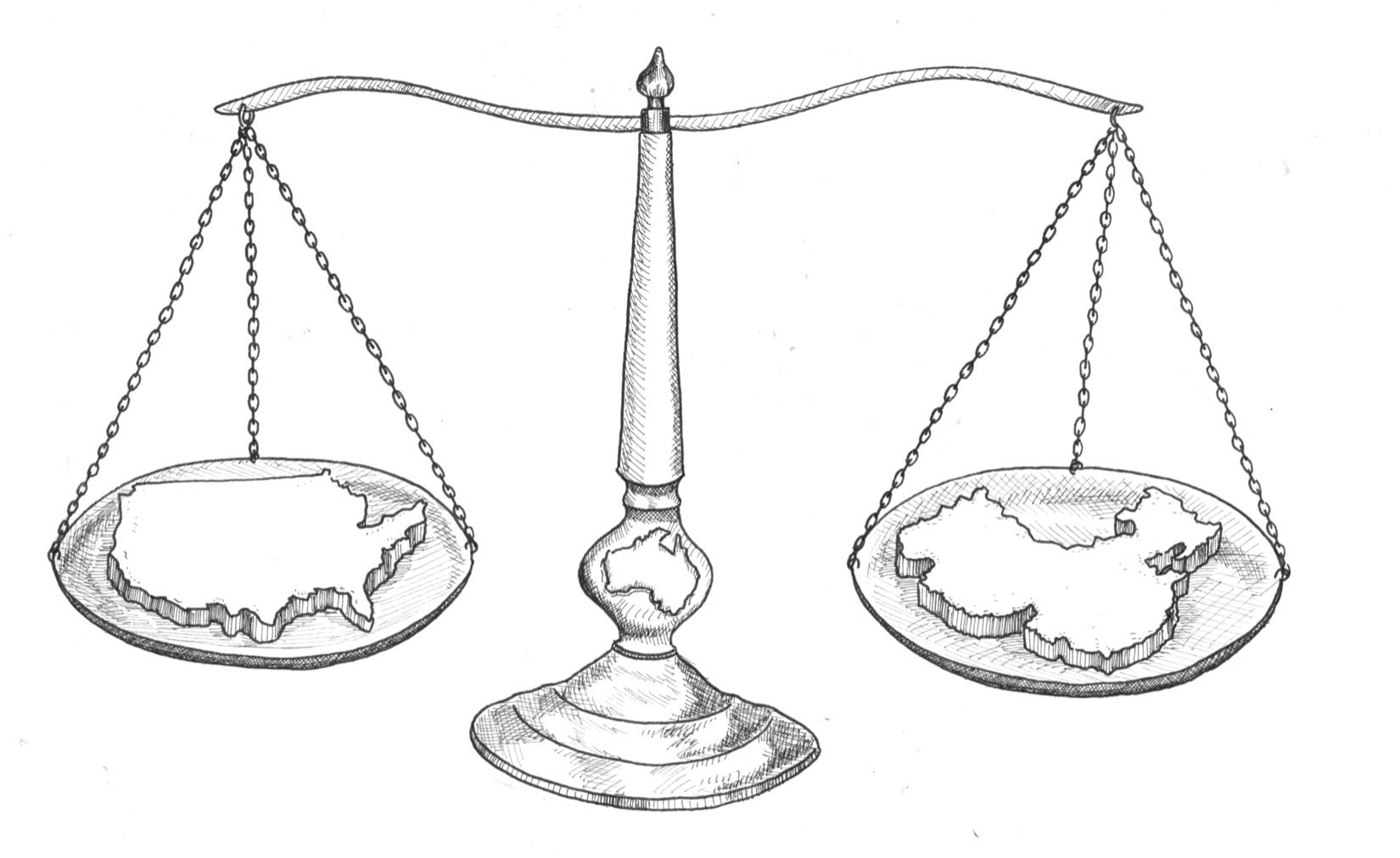 On Tuesday, March 28, after weeks of warming relations with The People’s Republic of China, Australian Prime Minister Malcolm Turnbull abruptly canceled a parliamentary vote to ratify an extradition treaty for which he had been a staunch advocate. The agreement would allow for Chinese citizens, who had been convicted in China and subsequently fled to Australia for political asylum, to be sent back. China already has signed extradition treaties with Spain and France, and others under negotiation with Canada and New Zealand. Due to a lack of transparency in Chinese legal processes, those sent back to China face returning to the death penalty. China is eager to broker the deal because, according to the South China Post, Australia has become a “haven for fugitives of the Law,” especially individuals connected with “international terrorism, transnational crime…drug trafficking,” and corruption among party officials. Under the treaty, China would need to provide evidence to substantiate charges.

Since January, Australia has attempted to improve relations with China after Donald Trump renounced and formally abandoned the Trans-Pacific Partnership (TPP). President Trump berated Prime Minister Turnbull during a phone call in February, when, according to the Washington Post, he refused to honor a previous agreement to offer asylum to 1,250 refugees who have been temporarily settled in Australia. He then reportedly cited his staggering victory in the Electoral College before brusquely hanging up. While Australia turns, or rather is turned, away from The States, there remains a looming question of what kind of diplomatic relationship will take its place.

Citing concerns about China’s human rights record, the Australian Parliament’s refusal to sign the extradition treaty with China last week signals larger ideological roadblocks in their current political relationship. Initial Australian interest in this agreement was an indication of the government’s desire to collaborate more with China moving forward. The abrupt refusal to introduce the treaty to Parliament—because of the vehement opposition from members all major parties—is most significant as a symbolic marker that, even as the US alienates its support among Australians, many remain apprehensive about Chinese influence.

While Australia has worked to maintain strong diplomatic ties with the United States for military security, China remains Australia’s largest single trade partner. Australia has accordingly worked to retain positive relationships with both of these major global powers while they remain politically at odds. However, the BBC notes, there has been a greater shift toward China in recent years. Stephen FitzGerald, Australia’s first ambassador to China, insisted in his speech to Parliament on March 16,  “We are living in a Chinese world,” speaking in favor of bolstering Australia’s
political bond with the Chinese government. Economic ties between Australia and China have remained strong, according to a recent report on China from the Australian Department of Foreign Affairs and Trade, because of China’s great demand for Australian iron, ore, natural gas, and coal. The Department further details their relationship with China by outlining the growing economic partnerships that have developed since diplomatic relations were first established in 1972. But they’ve worked to keep business and politics separate.

Tony Abbott, former Prime Minister and current member of Parliament from Turnbull’s own Liberal Party, remains outspoken about, and adamantly opposed to, strengthening Sino-Australian relations. He cites “problems with China’s legal system,” with regards to human rights abuses and lack of transparency, as noted in the Sydney Morning Herald. While Abbott has emerged as the leader of opposition in Parliament, he was notably responsible for negotiating the China-Australia Free Trade Agreement (ChAFTA) as Prime Minister. ChAFTA went into effect in December of 2015. Bolstered through this agreement, trade with China accounts for a third of Australian exports as well the the majority of foreign business investment in Australia.

In a scene fit for reality television, Abbott discredited Turnbull on the Parliament floor by revealing confidential information from his term as Prime Minister that would dissuade fellow members from supporting the extradition agreement. Amnesty International also warned the Australian Parliament not to increase ties with the Chinese government because they “increasingly and routinely [apply] the death penalty and…torture and other ill treatment against criminals and suspects.”

While China’s human rights record is egregious, the United States—the self-appointed leader and policer of the ‘Free World’—is not the moral touchstone it fancies itself to be. As Trump’s government begins flippantly relinquishing certain diplomatic obligations, it is uncertain how powers will shift on the global stage, although Western states remain hesitant to look outside of their cultural value systems for greater political collaboration.

The refusal of this extradition treaty comes at time when many wondered whether China would join TPP in place of the US. TPP was at the forefront of Obama’s foreign policy in Asia over the course of his presidency. He looked to strengthen ties with Asian trade partners while purposefully excluding China in order to curb its growing political influence and economic dominance in the region. The New York Times has described TPP as “the largest trade accord in history,” encompassing the US and 11 countries who border the Pacific Ocean: Australia, Brunei, Canada, Chile, Japan, Malaysia, Mexico, New Zealand, Singapore, and Vietnam. This group also accounts for approximately one third of world trade.

TPP has also come to stand as a symbol of, what Noam Chomsky calls “a neoliberal assault”: the deal advances corporate interests by limiting regulations and promoting American economic power across the world. While this critique of neoliberalism is not present in the American political debate, TPP became a hot-button issue in the 2016 election. The trade deal was disparaged on both sides of the aisle for promoting further outsourcing of manufacturing jobs. On the campaign trail, Bernie Sanders vehemently opposed TPP, calling it a “race to the bottom” that would lower American wages. On his first day in office, Trump fulfilled a campaign promise by dropping out of the TPP. He declared, “We’re going to stop the ridiculous trade deals that have taken everybody out of our country,” a statement which broke from decades of American foreign and economic policy.

Both the abandonment of TPP and Trump’s callous handling of his phone conversation with Turnbull can be understood as significant steps backward for America’s relationship with Australia. In November of 2011, the Sydney Morning Herald reported that President Obama—on a diplomatic trip Down Under—referred to the US relationship with Australia as “a great alliance,” one that had been fostered through strong political and military collaboration as well as “billions of dollars in investment and trade.” Much of this partnership has also been tied to TPP, which was signed in 2016 after more than a decade of diplomatic negotiations.

Trump’s foreign policy has thus far entailed consistent antagonization of US allies and government isolationism in favor of private business interests. This paradigm shift may open the possibility of greater Chinese political preeminence across the globe. For the US to now discard TPP is not only a major affront to Asian trade partners but also, at least theoretically, an open door for Chinese interests.

But this narrative—that the Australian government would move to collaborate more significantly with China after unsavory experiences with the new US administration—appears overly simplistic. China has engaged in what the Australian terms a “charm offensive,” marketing itself as a more appealing political partner than Trump’s America. While Prime Minister Turnbull initially noted the greater possibility of incorporating China in TPP, this sentiment stalled once words were put to paper. Hesitance to partner with the Chinese government should leave some officials wondering: perhaps the world doesn’t need a policer after all.