State crime, femicide, and a blaze at a children’s home 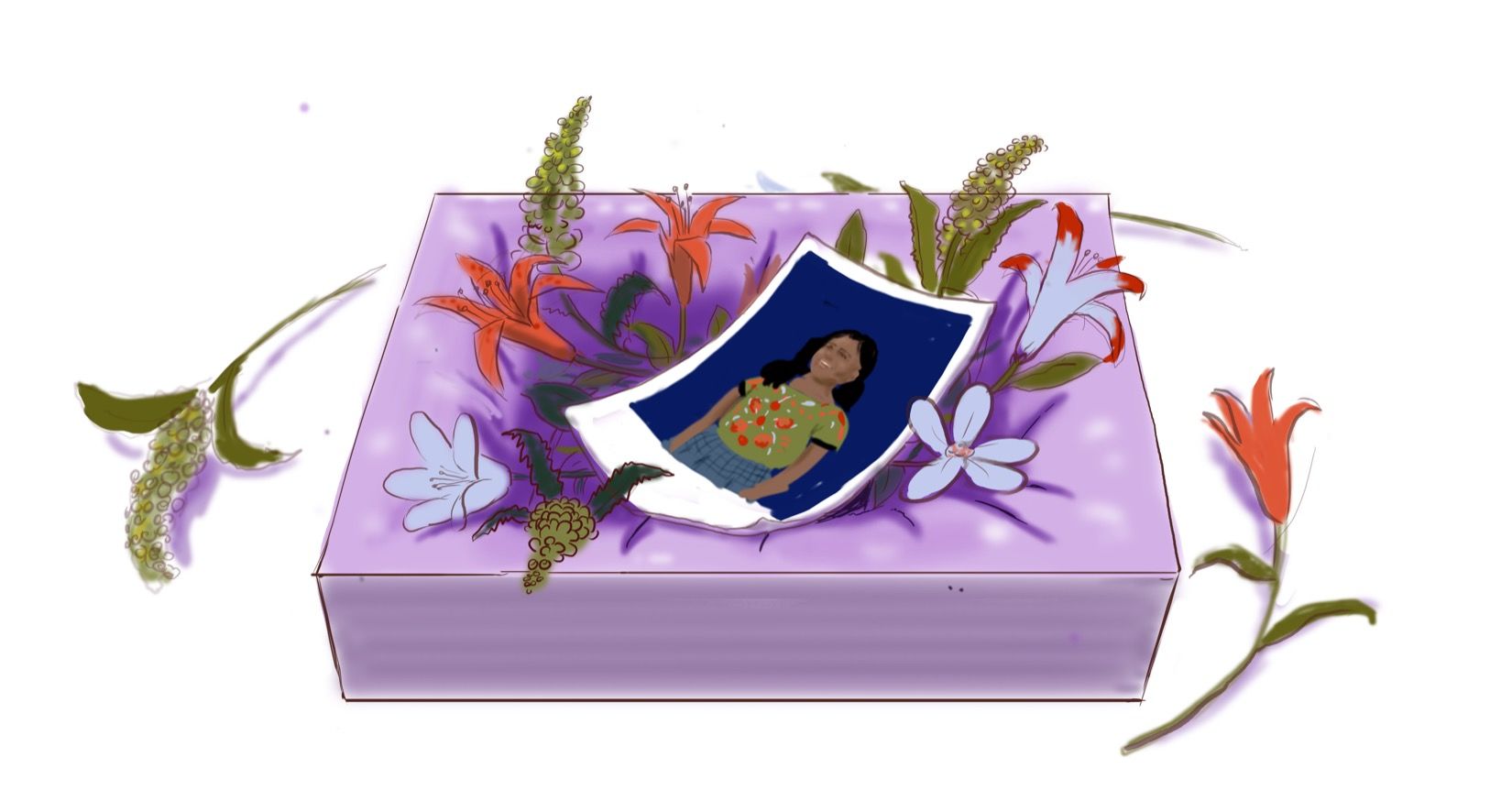 On the morning of March 8, 2017, a blaze broke out in a classroom at Hogar Seguro Virgen de la Asunción, a state-run children’s shelter in Guatemala. Teenage girls living in the shelter began screaming soon thereafter. Trying to escape, they ran to the classroom’s main entrance only to find that the door was locked. An article from Guatemalan newspaper La Prensa Libre reports that staff members were present at the shelter’s facilities. Still, “nobody came to the girls’ rescue.” Within minutes, the screaming was replaced by a devastating silence. By the time local firefighters and the Red Cross extinguished the flames, news of the lethal fire had spread throughout San Juan Pinula, the small town on the outskirts of Guatemala City where Hogar Seguro is located. Not long after the incident, worried mothers began gathering outside of the shelter, pressing their hands against the concrete walls fencing off the children’s home. They were waiting for the worst.

But for hours, as the article from La Prensa Libre states, families were blocked from entering the shelter. Mothers, unable to find out the fate of their loved ones, sobbed in desperation. As ambulance workers began pulling out tiny female bodies covered with black sheets from Hogar Seguro, the sobbing intensified. According to government authorities, 17 girls died of asphyxiation during the fire, and 23 more died due to severe burns in the days following, bringing the fire’s death toll to 40 young women. President Jimmy Morales declared three days of national mourning.

A day earlier, on March 7, a large group of children had fled Hogar Seguro. Andrea Barrios, a coordinator at Colectivo Artesanas, a local organization providing legal support to some of the victims of the fire, estimates that more than 60 girls and boys abandoned the facilities by that afternoon. Though originally founded in 2010 to shelter vulnerable children, Hogar Seguro—Spanish for “safe house”—had become anything but that. Barrios told the Independent that the shelter had a long history of neglect and abuse. Reports of sexual violence, poor treatment, and overcrowded conditions emerged within the first year of the shelter’s operations. In 2010, the UN Committee for the Rights of Children expressed concern “for the high number of children living in the institution... as well as the weakness of supervisory systems.” According to the New York Times, 750 children were living in a space designed for 400. In 2016, Guatemala’s Office of the Attorney General requested assistance from the Inter-American Commission of Human Rights  to operate the shelter. These calls for action, however, did not lead to any improvements.

Hoping to bring about change, the children mobilized. In 2013, a group of teenage girls living in Hogar Seguro filed a complaint for sexual abuse and violence against the shelter. But in Guatemala, where, according to official figures from the Guatemalan government, only two percent of cases make it to court, the girls’ voices were quickly dismissed. La Prensa Libre reports that, from 2013 onwards, children frequently escaped the shelter in small groups. In search of lives free from violence, many children quietly left during the night, often for wage labor jobs. For over three years, the abuses and escapes at Hogar Seguro continued without major repercussions for the shelter’s administrators. On the night of November 2, 2016, a large group of girls, some of whom were pregnant, fled the shelter. The scandal led to the resignation of Miguel Ángel Herrera, director of Hogar Seguro at the time. The shelter’s condition, however, remained precarious. Three months later, in February 2017, at least three government institutions, including Guatemala’s Office of the Attorney General, recommended  “the gradual closing” of Hogar Seguro, directly responding to numerous local NGOs demanding the shelter’s permanent closure. But the children could not wait any longer. By the afternoon of March 7, a large group of them had fled the facilities once again.

Fearing a new scandal, some staff members called the Anti-Riot Squad of the National Police, requesting the prompt capture of the children. Barrios told the Independent that this request was “totally illegal.” A legal procedure would have required that staff filed a formal complaint, taking the children to court. But by the end of the day, the police had tracked down and returned the majority of the missing kids to the shelter. In a recent interview, several children told UNICEF that police officials hit them and violently dragged them back to Hogar Seguro. That night, while 40 police officers surrounded the shelter’s facilities, 52 boys were locked in an auditorium and over 60 girls were locked in a single classroom. The girls were given some mattresses to sleep on but did not have access to food or a restroom. Several local advocacy groups argued that the lockdown was meant as punishment for attempting to flee the facilities. In a statement published on March 10, the feminist collective La Cuerda declared that “the girls were punished for their efforts to denounce state violence.”

Many in Guatemala believe that the girls intentionally started the fire in order to end the night-long lockdown and more generally as a means of protesting the abusive conditions under which they were living. Barrios, from Colectivo Artesanas, agrees with this assertion. “They wanted to make national authorities pay attention,” she told the Independent. “They were fearing for their lives.” According to La Prensa Libre, “a group of girls set their mattresses on fire,” hoping the shelter’s staffers would open the doors after noticing the smoke. Still, nobody came to their rescue. “The girls were given a death penalty because of their act of rebellion,” reads a press release signed by dozens of Guatemalan feminist organizations.

The Network of Ancestral Healers, a feminist indigenous group, described the events as “state femicide,” the state’s deliberate killing of women. According to the UN High Commission on Human Rights, Guatemala has the highest rate of femicide in Latin America and ranks third worldwide. Profound levels of corruption within the justice system and the police facilitate these killings. With near impunity, perpetrators can commit femicides without the fear of legal repercussions. “Let’s not forget that these girls were living in a state-run shelter. The Guatemalan state is to blame for their deaths,” Ianza Mercedez Hernández, President of the Guatemalan Women Association told the Guatemalan newspaper Público. Feminist organizations, like La Rueda, have also noted that police officials played an implicit role in the tragedy; they were the ones who brought the girls back to the Hogar Seguro after they had escaped the shelter. State neglect was also evident in the court’s dismissal of the girls’ legal complaints. In light of the profound levels of violence against women in the country, some viewed the girls’ protest as an outstanding act of courage. “They had everything to lose and they knew it. These girls knew the dangers they were facing, and still did it,” Sofia González, a Guatemalan college student in the capital, told the Independent.

Forty small coffins covered with white silk were built to carry the girls’ bodies. “The color white was chosen to represent the innocence of the girls,” a spokesperson of Funeraria León Cardenas, the funeral home that the government commissioned for the girls’ services, told La Prensa Libre. But the funeraria faced multiple challenges while completing its duties. Such challenges provide evidence for Hogar Seguro’s complicit role in the tragedy and exposed the mishandling of the case by Guatemalan authorities. First, the funerary home had to recover all the bodies. “It was a really difficult task to complete,” said the funeraria’s spokesperson, “because some girls were sent to San Marcos, and others to Petén and Jutiapa.”

After the fire, the injured were sent to different state hospitals around the country and private clinics in the United States—some because of family preference, but mostly because of the inability of any single Guatemalan hospital to process all of the injured. Some of these girls were among the 40 fatal victims of the incident, but others, while it is unclear how many, remain under medical supervision. In general, state authorities have failed to provide precise information regarding the numbers, and locations of both fatal and non-fatal victims. Without this information, it is difficult to determine the total number of girls who were injured by the blaze. Authorities claim that the overcrowded conditions of the shelter made it impossible to keep accurate records of the children living in the facilities. But had the state met the demand for more shelters, the children would have lived in safer conditions.

On March 10, two days after the tragedy, Guatemala’s National Forensic Institute tweeted a screenshot with the names of the victims who had been identified: 17 in total. On March 11, the institute tweeted a second picture, this time with 30 names. At the time of publication, the total number of fatal victims remains unknown. Without a complete list of names, some of the white coffins carry the bodies of unidentified girls. In the meantime, many mothers are still waiting to know the whereabouts of their daughters. It is unclear whether they will have an answer in the near future.

“It was not the fire,” read a banner at a protest on March 9, “it was the state.” That day, hundreds of protesters gathered outside of Guatemala’s Presidential House, shouting, “Guatemala is NOT a safe house.” Since the day of the tragedy, Guatemalans have taken to the streets across the country to express their outrage. In Guatemala City, some protesters dyed public fountains blood red. Also in the capital, a different group of protesters piled charcoal and barbie dolls in a heap at one public park. A small banner next to the installation read justicia. On Twitter, #GuateDeLuto, Spanish for “Guatemala is mourning,” became a trending topic. Online and offline, numerous protesters called for the resignation of President Morales.

On March 8, before the news of the fire spread, women in Guatemala had peacefully marched to commemorate International Women's Day. In Latin America, where gender-based violence remains a central issue affecting women, Women’s Day protests are solemn acts. “Stop killing us,” is a popular chant that young girls learn in the region. But for the Guatemalan girls of Hogar Seguro, the chants had no effect. The fire felt like their last scream for justice.