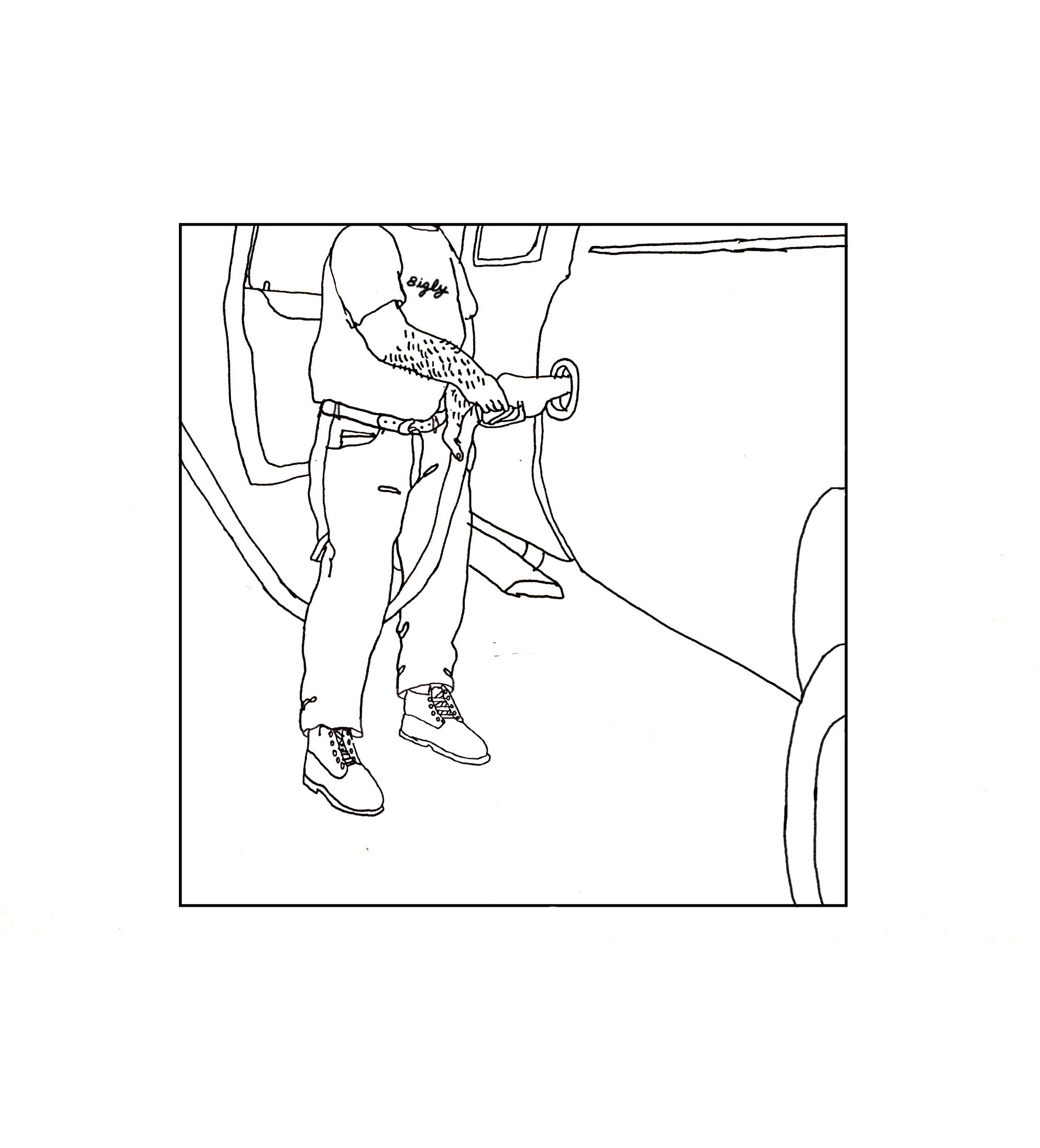 “Populists don’t need to be popular. They just have to take power by appealing to an exclusionary and artificial sense of the ‘real people.’”

the media to call Trump a populist in light of

On a Friday night in early February, neo-Nazis shut down actor Shia LaBeouf’s livestream at the Museum of the Moving Image in New York. LaBeouf had intended for the livestream to create a space for unity, inviting the public to participate in a chant of “he will not divide us!” on camera. The politics of the installation were undeniably complicated—a rich white man spearheading his revolt at a museum complicit in the gentrification of a Queens neighborhood. LaBeouf’s ‘us’ is also vague, referential only to the antagonist, ‘he.’ Still, the symbolism of the performance art was clear—we, everyone who does not support Trump, will stand in solidarity with one another.

Not long after the piece began, a group of Neo-Nazis intervened in the form of shirtlessness and milk-chugging.  They danced around LaBeouf’s camera gulping milk, letting it spill from the corners of their mouths. Milk is now a symbol of whiteness in far-right spaces, namely the /pol/ (politics) board of 4chan. President of the National Policy Institute and white supremacy cheerleader Richard Spencer keeps a milk emoji between his first and last name on Twitter. White supremacists, obsessed with their bloodlines, claim that European genetics are endowed with God-given lactose tolerance. 4chan is cluttered with saccharine poetry about dairy. /pol/ laments the so-called ‘vegan agenda,’ code for the nonexistent ‘global Jewish conspiracy’ they frequently scapegoat.

The white supremacists and internet trolls who occupy /pol/ celebrated a victory when Trump assumed office. As did the alt-right, a nebulous political group that claims to be more moderate than the neo-Nazis. The lines between these groups are often blurry. Some members of the alt-right see white supremacists as co-opting their movement. Trump voters, though invariably oppressive, are also not necessarily as belligerent as neo-Nazis, but all of them voted for the same guy, enticed for many of the same reasons.

The use of milk as a white supremacist symbol ties neatly into a rhetoric of ‘the old days.’ ‘The old days’ are ‘in’ right now: “Make America Great Again,” the backbone slogan of Trump’s 2016 presidential campaign, screams bleak sentimentality. Woman in the kitchen in an apron with the necessary groceries: butter, milk, eggs. The milk man delivering cool glass bottles of cream out of his tin truck. Blonde children dipping homemade cookies into milk. What’s more wholesome than a milk mustache? The neo-Nazi psyche congratulates itself in opposition twenty first century corporate progressivism, a world where you don’t even have to kill a cow to eat a burger. One neo-Nazi who goes by @Baked(milk emoji)Alaska on Twitter keeps the words ‘good Christian boy’ in his bio.

Good, meaning not bad. Christian, meaning not Muslim. Boy, meaning not girl. The language with which the American far-right brands itself is one of wide gaps and impenetrable binaries. A language with walls. “Us only” is code for “no one else should exist.” Family, tradition, and wholesomeness speak into existence a romantic nostalgia for an exclusionary America. The America of “Make America Great Again” is a country without any protections for those most marginalized by rampant nationalism.

In 2014, I worked with the Democrats during a congressional race in New York’s 11th District. One of my tasks was voter registration. I often did this job at public parks, especially the boardwalk, a favorite meetup spot of Sunday-afternoon fishermen. The seaside was lined with cliques of muscular middle-aged men in white undershirts, chest hair poking out from their fleshy, tan pecs. One beautiful day, I approached a fisherman and asked if he was registered to vote. “No, all politicians are crooks,” he spat back. The man arched his back tall. The sun cracked open the shore and everything smelt like sardines. “If I was president,” he mused, “I’d bring the military in to kill all the politicians.” I told him to have a nice day.

His intensity wasn’t surprising. The man may as well have been my own father, a retired police officer who used to take me fishing at the same boardwalk. At any rate, I could see my dad inviting him on a hunting trip with him in upstate New York, where his whole family keeps a moldy trailer atop eighty acres of land. The trailer’s interior is decorated with a Norman Rockwell painting, some deer skulls, and a picture of Osama bin Laden. Bin Laden’s portrait, crudely cut from some early 2000s front cover of the New York Post, is nailed straight into to the mobile home’s yellowed plastic wall. A cowboy-style subtext reads “Wanted Dead or Alive,” but someone crossed out the latter option with a red Sharpie.

I wouldn’t be surprised if the fisherman recently made an exception to register red for Trump. The president’s speeches are strikingly similar to the conversations between everyone at the boardwalk—concerned with bootstrapping and rugged masculinity. Trump chooses to use working-class language, maintaining a faint New York accent despite being an Ivy League-educated billionaire. This fact appeals to my blue-collar community, as it appeals to the white voter who feels forgotten by ‘establishment politicians.’

Last September, Trump began marketing himself to ‘deplorables,’ repurposing a statement that Hillary Clinton made at an LGBT for Hillary fundraiser in Manhattan: “half of Trump supporters belong in a basket of deplorables.” So successful was this reclamation that on January 19, a coalition of Trump fans hosted the “Deplora-ball,” an unofficial inaugural ball in honor of the incoming president. On www.deploraball.com, organizers proudly announce, “We’re not bragging when we say we memed a President into office.” The Deplora-ball officially banned individuals known for spouting white nationalism or anti-Semitism, including @Baked(milk emoji)Alaska, who actually played a large role in planning the event. Still, the organizers’ proud irreverence, evidenced by their meme obsession, mirrors the very nihilism that enables white supremacists on online forums like /pol/. What’s more: the event attracted plenty of factionless Trump supporters. One of the Deplora-ball’s most prominent guests was Scott LoBaido—an ‘artist’ who lives right by my boardwalk, known for slapping a trademark American flag mural on every pizzeria, handball court, or municipal building he can find.

Trump’s appeal—the appeal to the ‘deplorable’—is where most spectrums of the emboldened right wing converge. The deplorable, anti-elite, hard-working, ‘real’ American becomes the base of Trump’s populism. To appeal to this ‘authentic’ voter, Trump speaks colloquially, and with a simple vocabulary and choppy syntax that has proven nearly impossible to translate into foreign languages. International news outlets struggle to make Trump’s language palpable to their audiences while preserving its sentiments. In an interview with the Los Angeles Review of Books, French translator Bérengère Viennot expressed how incomprehensibly Trump’s English reads in French. She must either translate verbatim, confusing her francophone readers, or express his content in clear language—thereby making him sound like a regular politician. This problem is fitting for a man so concerned with isolationism.

Trump gloats about America, referencing nothing. A favorite slogan of the Trump administration is “we will make America WIN again,” where ‘win’ is a cliffhanger to bloat with blunt pride. His lack of specificity, his confident emptiness, makes space for the nationalism suggested by the word “America.”

Another Trump favorite is ‘bigly.’ He’s going to save the country, and he’s going to do it ‘bigly.’ ‘Bigly’ is doubly fictional: it is both a made-up word, and it forges a reality in which politicians do not have to be educated, sensible, or polite. ‘Bigly’ is itself a symbol: audial, and thus involuntary, bloated with an appeal to empty nothingness.

Almost all Americana imagery is an assertion of power over what is perceived as untamable, wild space. Picture a pickup truck, any pickup truck. A big strong machine to pummel down the American road with a sunk back, open wide like palms out for communion. A burly man in Dickies loads carpentry supplies to build a cabin in some anonymous woods. Car companies market their biggest and most industrial machines with this trope in mind: picture a Dodge RAM, branding itself with the image of a sturdy mountain goat.

Mid-19th century American colonialism found validation through Manifest Destiny, the thought that everything west of the Mississippi was free to take. This ideology, produced by Christian and colonialist fervor, was only possible through the erasure of Native lives. The assumption of free land (to be filled up with white culture) has always been integral to the maintenance of white supremacy.

Trump wants to ‘bring back our jobs’ from ‘China.’ He wants to put ‘our factories’ back in ‘our cities.’ It’s not actually that easy at all to reverse decades of globalization. But who cares? Isn’t it ‘our’ God-given right to take back what has been ‘stolen?’

It didn’t take Trump long to redesign the oval office. The first furnishing to go was Obama’s ‘quote rug,’ a large decorative tapestry stitched with inspirational quotes by former presidents. In its place Trump laid out a monochrome golden rug with golden tassels lining the ends. The room’s curtains, which had been crimson, are also gold now. Trump smooths the same gold lacquer over the White House as he has to his own last name: on every Trump Tower, Trump Hotel, and Trump Taj Mahal, white space hides under a gilded sheen.

SIGNE SWANSON B’19 thinks crimson is a better color anyway.