On Migos, anti-Blackness, and representation 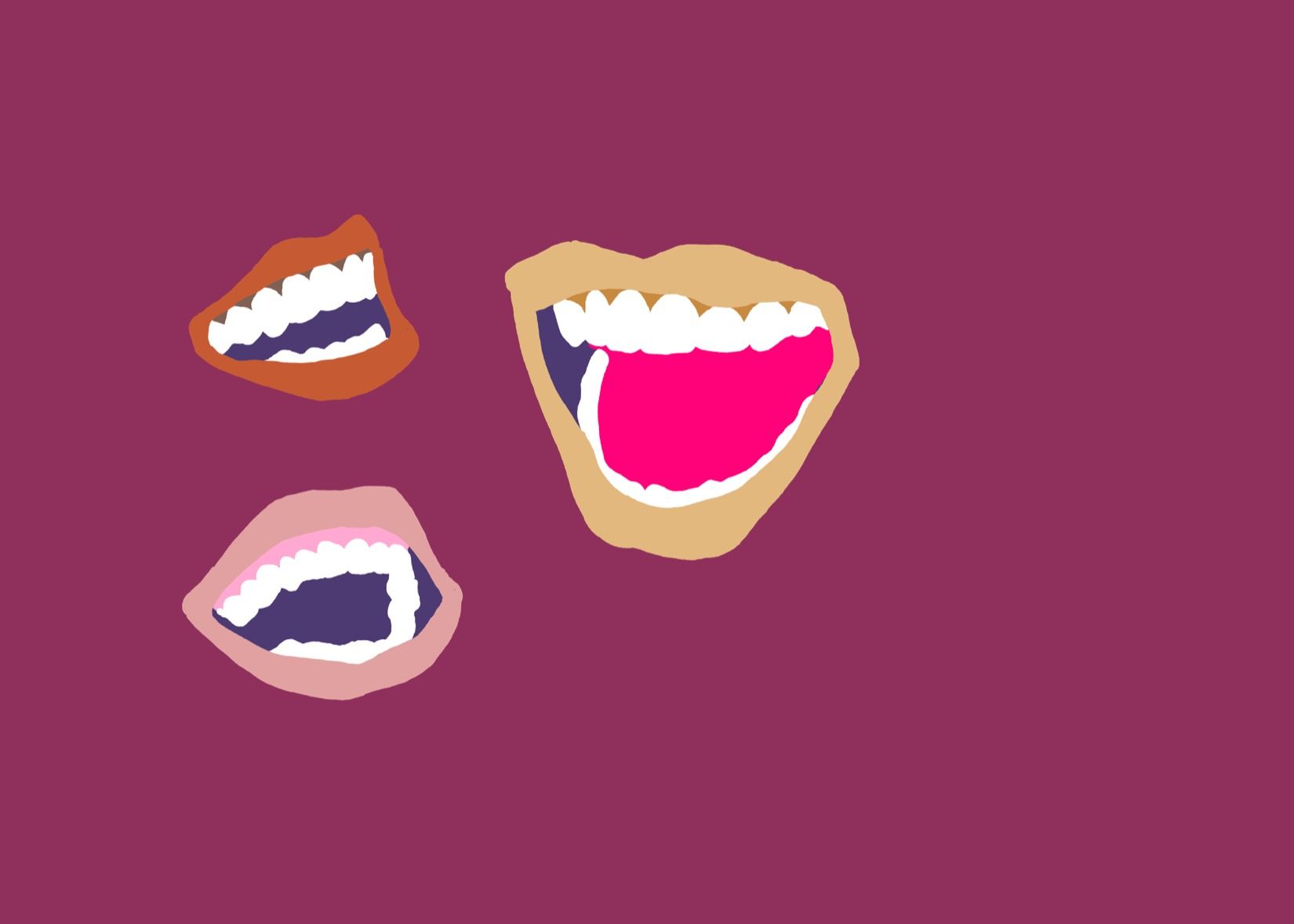 I. “My nigga just focus, I’m tryna paint you a picture.  We stuck in the moment.”

In one of the annotations for his 2015 single “Señorita,” on the music encyclopedia site Genius, California rapper Vince Staples explains why he doesn’t care for explaining his lyrics. “People don’t know what a fuckin’ Douglas Burger is,” he begins, gesturing to the neighborhood-specific references interwoven throughout his dry, rapid-fire flow. “People don’t care about what’s happening in Long Beach, or Compton, or Watts. They still look at us like we’re living in a Mack 10 video. When they look at these areas, and look at these people, they don’t see themselves.”

Last summer, Staples promoted his most recent EP, Prima Donna, by performing festival sets internationally and doing the type of low-cost human interest pieces that raise the profile of both the artist and the outlet alike. Staples speaks openly in these videos about being a high-profile Black person on the internet, and about life in his predominantly low-income Black and Latinx home neighborhood of Long Beach, California. Referencing the lyrical content of songs like 2015’s “Norf Norf” and 2016’s “War Ready,” he speaks candidly about the types of violence that disproportionately affect low-income communities, the resulting deaths of loved ones, and the dangers of romanticizing his life.

At the same time, in a months-long series of (now deleted) tweets, Staples retweeted and replied to users who used him as an outlet to test their hot takes on the numerous, high profile murders of Black Americans at the hands of the police. After a particularly incendiary series of messages directed at him in early October, two months after the release of Prima Donna, Staples ceased personal use of his Twitter account.

II. “You telling a story bout me, I’m the author.”

Emerging on the rap scene in late 2011, Atlanta-based trio Migos has been far less prolific on social media. Their flow—a familial cypher of triplets and adlibs, fluidly distilling Southern trap into a stream of collective consciousness—differs wildly from Staples’, but their lyrics speak to their relationship with the north side of Lawrenceville, Georgia similarly to Vince’s own songs about Long Beach: narratives of friends lost to violence, relationships that shift after success, and structural racism ring true across both coasts. Online, Quavo, Offset, and Takeoff’s words are reserved for promoting singles, tour dates, and displays of gratitude for their success. Their relative silence betrays their deeply personal lyrics.

Migos was unable to book their first set of late night shows and fluff pieces until January, when writer, director, actor, and artist Donald Glover thanked the group for their most recent number one single, “Bad and Boujee,” during his Golden Globes acceptance speech. Despite having had 17 separate songs on the Billboard Top 100 and numerous hits as a featured artist outside of their usual genre, the trio was repeatedly rejected by network representatives. Limited by the ‘dangerous’ images associated with their style and their race in the minds of television programmers, Migos’ relevance was ignored.

Since the popular vilification of ‘gangster’ rap and valorization of ‘conscious’ rap during the Culture Wars of the ’90s, the contributions and commentary of certain kinds of rap music have been downplayed and billed as ignorant as a direct result of anti-Black racism. Artists like Migos and Staples have been artificially distinguished from rappers like Common and Mos Def, whose lyrical style have consistently afforded them late night spots since the early 2000s. Instead of understanding them all as differing presentations of shared social issues, white audiences’ relative preference for a syllabically-dense, ‘You speak so well’ style of Black performance has prioritized rappers whose commentary is ‘clean’ and direct. This has left representations of ‘ignorant’ rappers to stereotypes that refuse to engage the meaningful content of their music.

III. “That’s part of our job… What you need to do is go on Twitter, search your favorite Black person’s name, and put nigger in the tweet. And that’s really what, that’s when you get into the real dark side of twitter.”

Selling music doesn’t pay the bills like it used to. Streams on sites like Spotify pay less than a cent per play, and fans no longer have to purchase albums to hear specific songs. Audienceship doesn’t equate to immediate financial success; increasingly, artists need to be able to bridge the divide between digital clout and physical presence. Touring and publicity are now a necessity. To generate interest outside of producing music, musicians’ bodies become promotional brands, synthesizing their personalities and creative output into a form that sells concert tickets.

Similarly, as publications like Vice, Complex, and even Sports Illustrated expand their online content, they have needed to develop new ways to maintain readership. As celebrities became brands, publications became platforms. They sustain themselves through ad revenue instead of direct sales: they need to constantly create digestible content to grab, then hold, your attention.

The demand for artists and publications to remain in the public eye has caused a need for both to produce material quickly. Quickly produced interview segments have emerged to fill this void, often relying on a performer’s pre-established persona to generate viewer interest and involving rapid-fire question and answer or displays of what makes artists unique. To remain financially solvent, some musicians make as many of these as possible, and content distributors slot as many people into their specific format as their audience will tolerate. Enter, Noisey’s The People Vs., enter Pitchfork’s Over/Under. Enter Sports Illustrated’s Extra Mustard.

The buy-in for Extra Mustard’s most recent celebrity segment is fairly simple: Migos is popular. Their music fits easily into predefined and marketable stereotypes of rap music. Their bodies fit into the stereotypes laid out for Black artists who rap. Decades of images built up by the implicitly—if not overtly—racist dialogues surrounding the value of rap music and the people who produce it spread through news, film, and television, shape the landscape around them. Their actual identities become secondary to the idea of a ‘rapper,’ constructed by anti-Black imagery as a commodifiable version of the similarly racist ‘thug.’ Quavo, Offset, and Takeoff are reduced to aesthetics and product before they say a word.

In the Sports Illustrated studio, Migos sits in a row in-frame. Quavo asks a producer to clarify the idea for the video they’ve already begun filming, not having been told that the camera is on. Intercut with video clips and lyrics from “Bad and Boujee,” they read you a recipe for underseasoned chili.
IV. “I am highly offended by the term conscious rap, don’t associate me with that. Like what does that even mean? You’re telling me everybody else is unconscious? Sound like some bullshit if you ask me.”

This genre of video has made me uncomfortable for a long time. Each time one comes out, I’m reminded of the ways in which my non-Black classmates and coworkers are quick to dismiss the words of rappers like Migos or Staples but are desperate to have their songs on the ‘fire’ playlists for a party. Their specific type of Blackness is reduced to a spectacle reliant on racialized tropes of ignorance and assumed difference. The supposedly entertaining or comedic value in these clips, then, often comes from the supposed incongruity of ‘ignorant’ rappers being knowledgeable.

About 40 seconds into their February, 2017 episode of Pitchfork’s Over/Under—in which musicians are asked if they find a series of things overrated or underrated—Migos are asked to rate pharmaceutical mogul “Martin Shkreli” and “Monogamy.” Both times, unable to initially answer, one of the trio asks the interviewer to clarify. Cut together in tight succession, their questions take the form of a joke. The title card is a setup; you expect Migos to have an opinion on whatever follows. Beat. The punchline is that they don’t know how to answer. The question changes.

Staples, by contrast, is able to answer every question in his 2015 episode of the series. In his statements are ideas that, put in an academic setting, would be labeled as valid theories instead of humorously profound insights. Around two minutes into his interview, when asked his opinion on “Keeping it Real,” Staples outlines that if “you’re a fake-ass motherfucker, you’re not keeping it real by being real.” Vince then asks us, “But what’s real? ‘Cause… some people are just not real. And they know we know, but we gotta act like we don’t know that they know that we know. But at the end of the day, they know that we know that they know that we know. And they pretend that they don’t know.” Framed with words like performativity, ontology, or phenomenology, this line of questioning could be the subject of scholarly study, made legitimate to an ‘intellectual’ audience. Instead, the topic changes to ‘cyber-bullying.’

Each of these videos exists in a larger web of Black representation shaped by historically racist influences. Content distributed online is contextualized to viewers through historical knowledge and other media. When more consideration is afforded to rappers like Kendrick Lamar or Common, artists like Vince Staples and Migos are left in positions which uncritically reinforce an anti-Black understanding of what being a rapper means. By relying on the blackface minstrel tropes of the idiot savant and the Sambo, the style of comedy edited into these clips punches down across time.

I want to find these videos funny. Maybe in the future, when representation becomes more meaningful, I can. But for now, I just don’t get the joke.

V. “Until people really see themselves within other people, they can’t genuinely care for their betterment. It’s hard to understand and respect things that are different than us.”