Caring for the Degenerating Brain 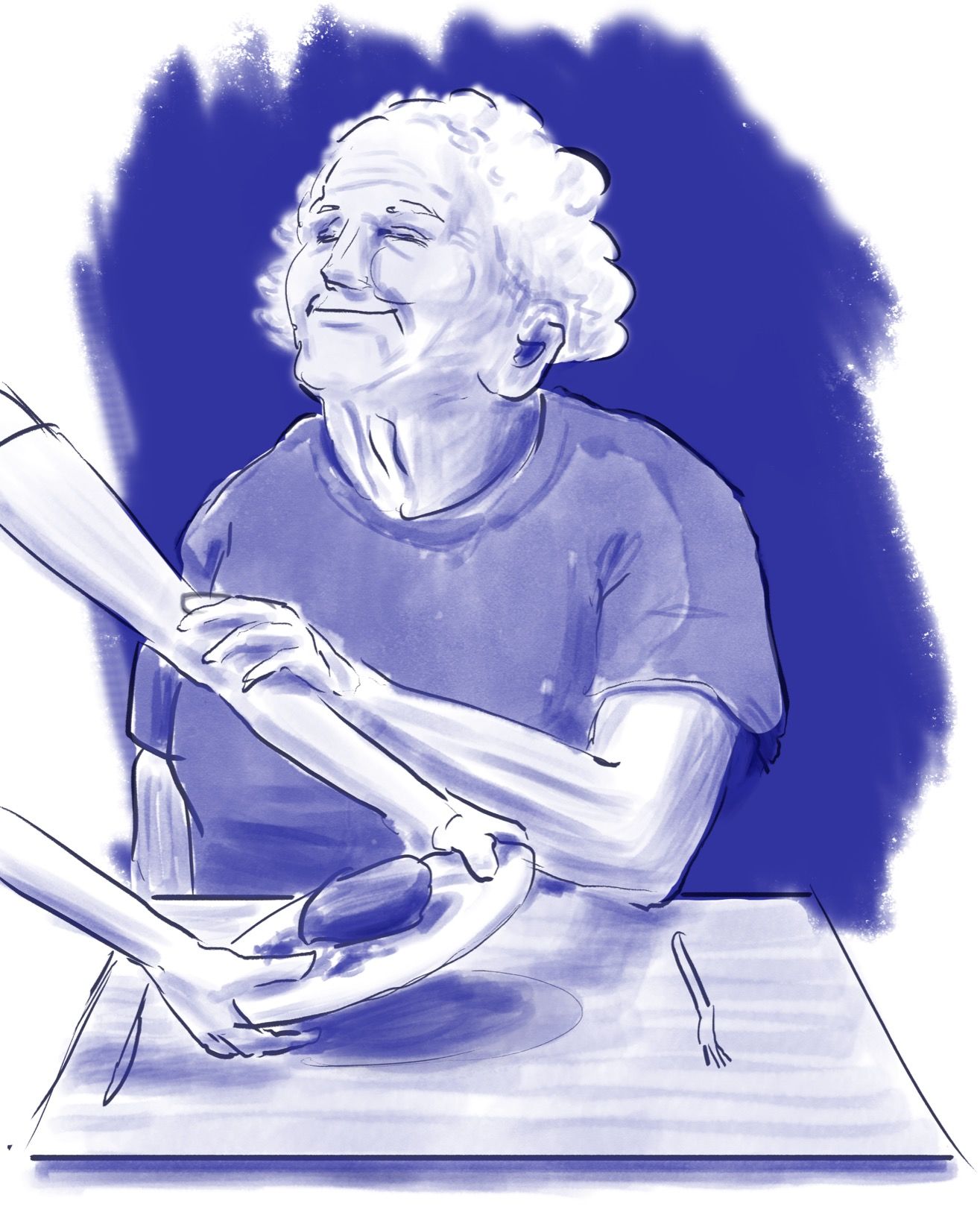 In 1994, former president Ronald Reagan was officially diagnosed with Alzheimer’s, a neurodegenerative disease characterized by memory and language impairments that mostly affects the elderly. His public announcement of having the disease ushered in public awareness of Alzheimer’s and increased support for research related to the disease.

Now, Alzheimer’s disease research and advocacy in the United States is progressing—but at too-slow a pace. According to the Alzheimer’s Association, the disease took 84,000 lives in 2013. By the year 2050, a new case of the disease is expected to develop every 33 seconds. The current infrastructure to battle the disease is inadequate and costly. Considering America’s increasing age expectancy, the number of cases of Alzheimer’s and the cost of battling it are expected to rise.

Ongoing debates in the research

While the biological causes of neurodegeneration in Alzheimer’s are still vague, the amyloid cascade hypothesis has long been the dominant theory behind its origin. According to the hypothesis, amyloid protein begins to accumulate outside neurons in the brain, forming plaque build-up that the body cannot break down. This plaque eventually results in cell death, and subsequently, cognitive impairment. According to Rhode Island Hospital neurologist Dr. Brian Ott, however, clinical trials aimed at reducing the plaque show no consistent improvement in cognitive function, indicating that amyloid alone is not the answer. Other putative biomarkers of Alzheimer’s involve tau, a protein that is thought to stabilize the structure of brain cells but can become defective and tangled in the brains of patients with Alzheimer’s. The blood/brain barrier, essential for protecting the brain from chemicals and pathogens circulating the body, may also be disrupted in patients with Alzheimer’s, resulting in neurodegeneration from environmental factors. The gene APOE might also increase the likelihood of people developing Alzheimer’s early on.

Although treatments aimed at preventing further neurodegeneration are available for those Alzheimer’s disease, they do not slow the progression of the disease. Rather, they improve cognitive function to a mild degree in order to ease its symptoms. For neurologist Dr. Lori Daiello, who works in the Rhode Island Hospital’s Alzheimer’s Disease and Memory Disorders Center, the success of these medications seems to vary widely, with patients showing mixed results using these drugs. “It makes you wonder about the heterogeneity that is present in the population that has Alzheimer’s now,” Daiello told the Independent.

While other experimental therapies aimed at delaying the onset of the disease are currently undergoing clinical trials, Dr. Ott suggests that a future direction of treating Alzheimer’s is through prevention therapies examining risk factors that focus more on the preclinical phases of the disease. Recognizing markers of disease earlier allows approaches to treatment to start earlier, as the disease seems to span decades with occasional onset in middle age.

Obstacles to care in Rhode Island

In the fight to slow—and perhaps stop—Alzheimer’s, it’s clear that advancing research is crucial. However, allocation of resources for improving access to care and supporting caregivers hasn’t received enough attention. “The custodial care part of Alzheimer’s doesn’t get a lot of press, but it’s often where families need assistance,” Daiello told the Independent.

As patients begin to experience cognitive decline, they need help with daily tasks. Some assisted living homes have specialized programs for people with dementia, which provide a basic level of supervision, social activities, medication management, and help with housekeeping. That said, the average cost of assisted living per month in Rhode island is about $5,300, which makes it inaccessible to much of the state’s elderly population. The average cost of living in Rhode Island for a single adult is about $2,600 per month. Memory care units within assisted living homes often cost residents extra due to the specialized care they offer. Rhode Island provides a Global Consumer Choice Compact Medicaid Waiver to help subsidize costs for assisted living. However, long waiting lists often add more barriers to adequate care. Last year in Rhode Island, the Medicaid costs of caring for people with Alzheimer’s alone were $415 million.

As the disease progresses, patients need more than just the basic supervision of an assisted living facility. Assisted living homes are considered “nonmedical,” and they are not licensed to give skilled nursing care, such as administration of IV drugs, which can only be given by registered doctors and nurses. During more advanced stages of dementia, patients often need long-term stays at nursing homes. In a 2008 review of Alzheimer’s related dementia, Daiello and her colleagues reported that “as many as 90 percent of patients with dementia will be institutionalized before death.” However, Medicare, a federally-funded health care program covering citizens aged 65 and up or people with disabilities, doesn’t cover these long-term stays. Medicaid, which offers coverage to low-income individuals deemed eligible under state stipulations, is the only public health insurance program that covers nursing homes. Still, some nursing homes may not accept Medicaid, and sometimes patients will not even be eligible for coverage until they’ve paid a considerable amount out-of-pocket.

The responsibility of caring for a person with the disease often falls on one of their family members. The Alzheimer’s Association reported that in 2015, “more than 15 million caregivers provided an estimated 18.1 billion hours of unpaid care.” In Rhode Island alone, the estimated value of unpaid caregiver labor last year was $739 million. Moreover, the association reports that nearly half of caregivers have a household income below $50,000, putting financial stress on families who may not be able to pay for assisted living or nursing home services. Oftentimes, relatives also feel personal obligations to take care of their loved ones and don’t want to place family members in nursing homes. These informal caregivers, over a third of whom are 65 or older, frequently report experiencing significant social isolation and emotional difficulties, such as higher levels of anxiety and depression.

The Rhode Island chapter of the Alzheimer’s Association has taken several steps toward expanding support resources for caregivers. Currently, they sponsor 20 Alzheimer’s-specific support groups for caregivers around the state aimed at acting as an emotional support network and at educating caregivers about the disease. The Rhode Island chapter also sponsors several caregiver education classes that advise participants on the basics of the disease, ways of responding to dementia-related behaviors, legal and financial planning assistance, and self-care practices.

Yet, when asked whether enough was being done in Rhode Island to support caregivers, Daiello was quick to say otherwise. The Rhode Island State Plan on Alzheimer’s and Related Disorders, written by the state’s Long Term Care Coordinating Council, highlights that “for almost all health care and social service professionals in contact with the family, the focus is on the person with Alzheimer’s disease. The Caregiver is often an afterthought.” Rhode Island offers some relief to families through respite programs, such as CareBreaks, but the State Plan notes that there isn’t enough public awareness of these programs. Additionally, budget constraints have precluded an increase of respite coverage under the Medicaid Global Waiver. There are also virtually no options for short-term or emergency respite services, putting caregivers in a bind if their own health needs immediate attention.

According to the Alzheimer’s Association, Alzheimer’s disease is the sixth leading cause of death, and the only one in the top ten that we currently have no certain way to prevent, slow, or eradicate. Given the projected increase in the number of Alzheimer’s-affected individuals over the next thirty years and the large financial burden on our healthcare system, there is hardly any time to waste in improving efforts to better approach the disease and its societal impact.

Much of the press on Alzheimer’s disease covers the improvement of research—and the commensurate hope to “find a cure.” Yet, finding the way to best allocate money and time for the competing needs of those affected is something that continues to be debated at both the state and national levels. Under the 2011 passage of the National Alzheimer’s Project Act (NAPA), for example, Congress is required to make an annual review of actions being taken to tackle the disease and its widespread effects. Rhode Island is also making strides to care for its elderly residents, but for many Alzheimer’s patients and their families, there are still obstacles to finding proper care.