Something More Than Money

A community against Achievement First expansion 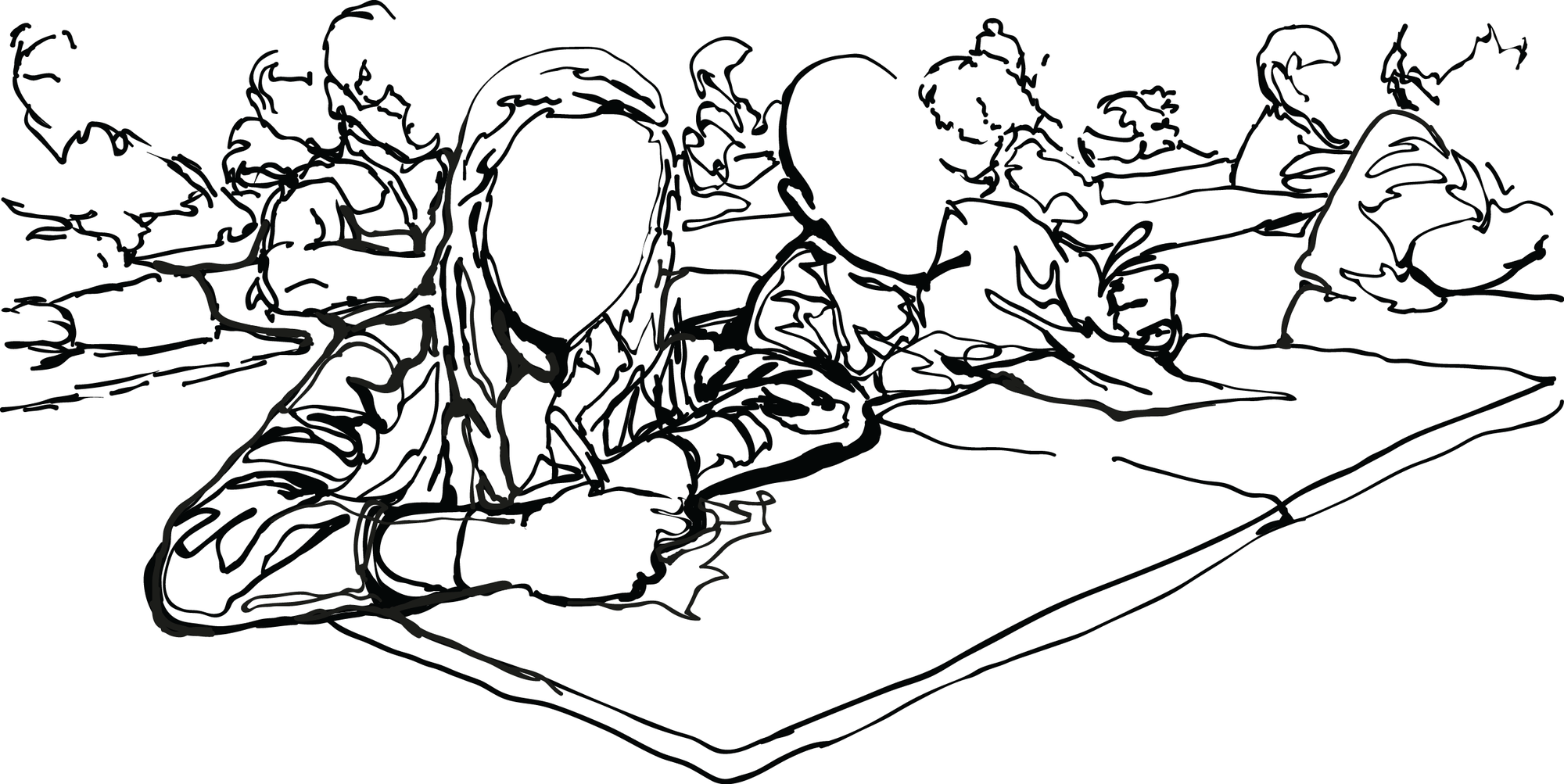 In the courtyard that joins Classical and Central High Schools off Westminster Street, Classical student and Providence Student Union activist Jayleen Salcedo recalls why she decided to fight for positive change in her schools. “I looked around me and saw myself surrounded by bright, empowered, and inspired students that don’t deserve any less of an education.” Late this January, Salcedo spoke against the approved expansion of Achievement First (AF) in Providence, a nonprofit charter network that currently operates two elementary mayoral academies in Providence. Mayoral academies, unique to RI, are charter schools headed by a board of mayors from students’ cities as opposed to locally elected community members to encourage public accountability. Mayor Elorza is the chair of AF’s Providence schools, which currently serve approximately 720 students through third grade. In July 2016, the organization proposed a 338 percent expansion to 3,112 students by 2026.

Students, Providence Public School District (PPSD) teachers and school board members, the Providence Teachers Union, and city council member Sam Zurier were among some 200 plus at Central, directly across from the district office, urging Mayor Elorza to listen. Mayor Elorza holds veto power that could prevent district losses of nearly $28 million annually by the time AF reaches its newly increased capacity and attains public per-pupil funding for its newly enrolled students—according to an internal city auditor. Salcedo recognized in front of the crowd of educators and parents that, “only people who are weak minded and short sighted would think that by taking [teaching] away from you they are helping us.”

Achievement First has schools in New York, Connecticut, and Rhode Island. In Providence, their two elementary schools are administered by the nonprofit Rhode Island Mayoral Academies (RIMA). The initial Achievement First elementary opened in Federal Hill in 2008; its original charter, approved by the Rhode Island Department of Education (RIDE), included a maximum enrollment of 920 students for its two elementary schools: AF Providence Mayoral Academy Elementary (which opened in 2013) and AF Iluminar Mayoral Academy. Currently they serve students up to fourth grade, and are growing class years until they reach through fifth. According to WPRI, the 2016-2017 budget for AF’s Providence Academy includes $6.6 million from state, city, and federal funding and a remaining $809,000 from private funds.

In early February, Rep. Jeremiah O'Grady, D-Lincoln, sponsored a bill that would ensure the RI Auditor General would responsibly gauge the fiscal impact of charter expansion on the district. O’Grady explained in an interview with the Providence Journal, that he was “struck by [RIDE] Commissioner Ken Wagner's explanation for why RIDE made no attempt to assess the programmatic impact of the expansion on the underlying districts despite a clear statutory obligation to do so.” O’Grady refers to a Senate bill passed last year, which he believes was not explicit enough in protecting expansions without thorough consideration of potential consequences. The 2016 Senate revision to the Rhode Island charter law requires this council to “place substantial weight on the fiscal impact on the city or town.” Intended to spur a detailed report of the impact of potential charter school expansion, the previous revision made RIDE responsible for the implementation of this task and creation of a report. RIDE’s commissioned study came from the Rhode Island Innovation Policy Lab at Brown University.

According to an analysis from RIFuture’s Tom Hoffman, the report translates learning into projected income, and stated that $24–27 million would theoretically return to the state from a cohort of 2,200 students in the form of students’ future incomes. Hoffman also notes that even if one accepts their methods and rationale, “[the] calculations are derived from a single, early study that overstates the positive achievement effects of AF,” as it used solely New Haven data from 2005–2009. It neither compares multiple cities, states, and grade levels, nor cites the experience of Providence students at all.

Three analysts and the RI Federation of Teachers & Health Professionals opposed the apparent bias of this report; the latter’s Facebook page posted after the decision: “Commissioner Wagner is using a fiscal report issued by the RI Innovative Policy Lab at Brown which works in conjunction with Governor Gina Raimondo, a charter supporter, to justify his support for Achievement First expansion.”

It is noteworthy that Brown economics Professor Justine Hastings—known for supporting charters as “school choice” for families who want high-quality education for their children—worked on the report. Hastings has received grants from the Arnold Foundation, a noted supporter of charter schools, and is a member of the governor’s council of economic advisors.

Despite the continued insistence by PPSD teachers, the superintendent, and a resolution passed by the Providence school board six weeks before the demonstration at Central, the State Council on Elementary and Secondary Education approved AF’s expansion on December 20, 2016 by a five to three vote. Many, including Providence Teacher Union president Maribeth Calabro, have noted that the council violated state law regarding charter schools by inadequately investigating the fiscal impact that expansion would inevitably have on the district. The one-dimensional study did not consider the needs or voices of the greater Providence community as it lives, breathes, and learns in the current moment.

In an interview in the Providence Journal, economics Professor Leonard Lardaro of University of Rhode Island warned against projecting gains in academic performance in such a “linear way.” To do so, he argues, assumes that test scores and learning growth in elementary school translate into “income gains” in a job market no one has yet seen. Commissioner Wagner nonetheless cited the study as proof of why AF should expand at the hearing before the vote. He also disregarded the potential annual losses to the city as estimated by Providence internal auditor Mark Clarkin. In speaking with WPRI, Clarkin notes that the district loss could total between $173 million and $179 million by 2027, and afterward experience losses of  up to $29 million annually. His analysis factored in the loss of state and city aid from decreased enrollment and the reduced number of teachers that could occur once AF goes full-scale. However, WPRI notes that these estimates do not factor in any increases in school budgeting. This past fiscal year, $363.8 million was allocated to schools within the city of Providence.

The state’s fair funding formula enables per-pupil funding, approximately $14,415 per student annually in Rhode Island, to follow the student to their public school of choice. In practice, money previously budgeted to serve William D’Abate Elementary in Olneyville might follow a student accepting their lottery placement to Achievement First in Federal Hill. Charter school supporters generally consider this valid, particularly since charters are, categorically, public schools serving students without tuition costs. Yet these two types of schools do not have the same types of expenditures in every case. AF serves lower proportions of special needs and refugee students, particularly students who might enroll mid-year, and has the economic resources the district usually does not—including the backing of philanthropists like newly appointed Secretary of Education Betsy DeVos.

Commissioner Wagner has not commented on the fact that RIDE never spearheaded an investigation that thoroughly addressed possible fiscal concerns at the district level, or the fact that he views public school students as capital investments. As Jobs with Justice director Mike Araujo of Hope High School ‘88 told the teachers assembled in front of Central High School, “You’re creating ideas in a way that no one else does. The value we put on it has to be something more than money.”

Achievement First attempts to offer a high-quality education to families who may be unable to exercise an often inaccessible form of choice: moving to a “better” district. By opening their lottery to at least one urban and multiple suburban communities and busing students to their school, they intentionally create racial and socioeconomic diversity. In other words, they try to forcibly integrate public school students in a time when housing and school segregation are getting more pronounced.

As Providence school board member and University of Massachusetts Dartmouth professor Mark Santow recalled to the group outside Central, school segregation still continues. Namely, the use of property taxes as a substantial funding measure for public education systematically underfunds urban districts. Until this system is changed, he believes it “unethical” to expand AF. In a piece for RIFuture, Santow expresses that “when the state is ready to address child poverty, and housing segregation, and our regressive tax system, and a constitutional right to an equal and effective education, and the need for universal pre-K, I’m willing to listen to proposals like this.” In the national context, the NAACP still calls for a moratorium on charter networks.

Federal law and education research have encouraged further integration ever since the federally commissioned Coleman Report in 1964 acknowledged “slight gaps” between achievement among white and Black students. With this in mind, Rhode Island’s mayoral academies are attempting to do what the state has failed to do by permitting continued housing discrimination. In their mission statement, AF hopes that “by creating the equivalent of an urban public school ‘district,’ their schools can serve as proof that closing the achievement gap is possible at district scale and inspire broader reform.”

In theory, these charters could prove, with quantitative data, that students who are usually expected to underperform can exceed socioeconomically-based expectations. This can “work” according to Achievement First’s test scores, which show more proficiency than rates within traditional PPSD schools. But on a larger scale, equity in education or even equality of educational opportunity is not attainable when integration is not wholescale, when teachers cannot access sustainable pension plans, and when teaching and traditional public schools are held in low regard nationally and locally. As Josh Antuna, Central student and PSU activist, emphasized this January, luck in the form of the lottery “isn’t the right solution to the ineffectiveness of schools today.”

Central High School teacher and activist Cathy Huang remarked in an interview with the Independent, that the action against AF expansion in January came at a pivotal time in creating a vehicle for social justice. “I think people are beginning to realize this is just bonkers,” said Huang. “What is the point of education if you’re basing it off income calculation? It completely erases the ethnographic evidence from other AF schools that student’s weren’t happy [and] attrition rates were high. For me it’s really complicated as a teacher, first and foremost, because it’s like how do I ensure that my students get the resources they need? This threatens that directly.” Huang continues to work with Araujo, Zack Mezera of PSU, and the Providence Teachers Union to push back.

On February 14, over one hundred people united against Achievement First’s expansion planned to organize in front of City Hall, but their action was postponed due to weather concerns. “The only thing that’s really worked is teacher power aligned with student power. There’s so much going on right now politically that I’m grateful we can take a step back,” Huang says, to consider how a coalition can further push against expansion. “I want it to be teachers with families and students, who understand the problem. When you pass something like this so shadily using reports that are so shady to begin with, no one really knows what’s going on. Part of [solving] that is considering how we provide translative or interpretive services so that parents can come to our meetings.”

Even in its ideal, AF aims to economize what should be a right, not a business bargain.  Ignoring concerns over AF’s schools, expansion does not address the fact that 14,000 plus students will still be enrolled in PPSD schools—students who won’t experience what RIDE touts as a great education at Achievement First.

Maribeth Calabro, Providence Teacher Union President remarked at Central, “These schools aren’t failing. What failed was the system. What failed was a governor who put a moratorium on construction for schools. The only way our mayor is going to make us proud is if he vetoes this expansion. We’re not asking for the world, we’re just asking for support.”