A conversation with poet Ariana Reines 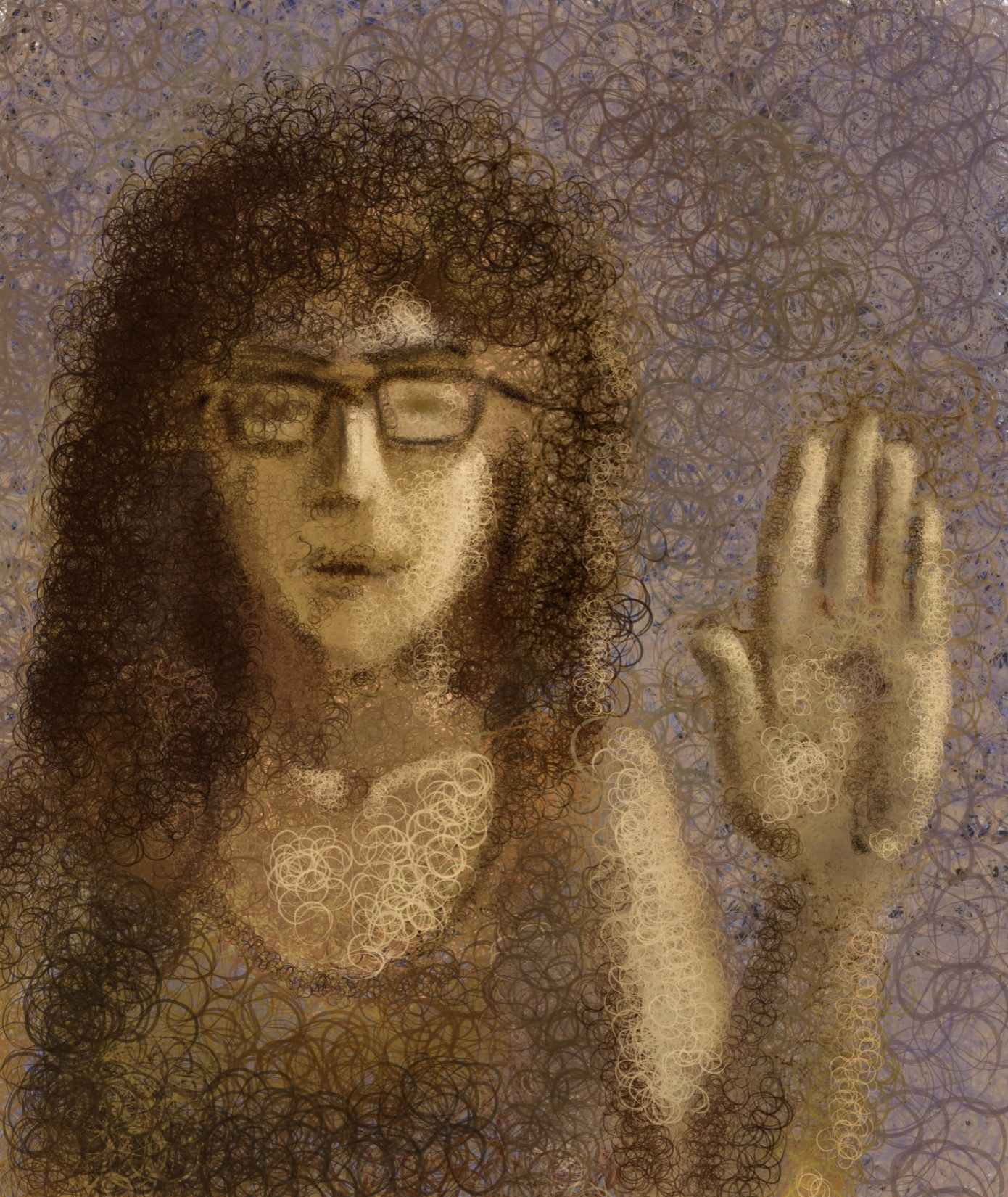 When I reach Ariana Reines on the phone, the first thing she asks me is where I’m calling from. It’s a simple gesture but one that feels more and more appropriate as our conversation progresses. As a poet, practicing astrologer, and performance artist, Reines challenges us to make our presence more than witnessing, to recognize the intensities and responsibilities that come with being where we are, that come with saying that presence. Across three books of poetry—The Cow (2006), Coeur de Lion (2007), and Mercury (2011)—a play (Thursday, 2012), and numerous chapbooks and translations, Reines has established herself as one of a powerful writer of lyric presence in contemporary poetry. Through her work, we come to understand that arriving at this kind of presence is rare and difficult but ultimately a risk we can’t afford not to take. Here we talk about tradition, poetic presence and the responsibilities and possibilities that these pass on to us.

The College Hill Independent: Both in your poetry and in your practice as an astrologer, I see you linking yourself to a lot of traditions—to witchcraft, to voodoo, to other mystical practices. I was wondering what kind of obligations or responsibilities you see yourself as taking on in channeling those traditions?

Ariana Reines: That’s a beautiful question. These are things that are thrust upon one. There are good and bad things about the vogue that they’re enjoying right now. I was born in Salem, Massachusetts, my mother is paranoid schizophrenic, my entire family was slaughtered in the Holocaust. So, not to hammer the point too hard, but when it comes to the bad consequences of being what one is or of being perceived as other than what one might be, that’s just really, really overdetermined in my life. Assuming those burdens took me some time. It did really begin with a car accident in Haiti in 2010 that I started to accept a lot of this inheritance. And learning astrology was something that came out of this time in Haiti and things that I was being taught there—without having presumed to ask to be taught any of this. These were all things I had wanted to run away from; I didn’t want to be associated with anything that could make someone call me a crazy woman and lock me up. So the astrology practice and the devotional act of studying the various traditions of astrology that syncretized into what I’m practicing now—a lot of that is about honoring my mother and honoring all of the thinkers and the seekers who went before us. And also a whole corpus and tradition of suppressed and repressed ways of knowing.

The astrology practice also came out of a time in my life as a poet when I was burning out on traveling around all the time. I began feeling that the whole beauty of poetry is that it’s an art form not about spectatorship, at least not in the way that I love it. And I started to feel like a traveling vaudeville clown, like a dog and pony show or like two rungs below a stand-up comic or something. I was just so road-weary that I really, really longed to have a different kind of connection with people and to have a chance to bear witness to them, to listen to them and also to satisfy my lust to know about the human animal and the human soul. So I started using astrology—in a very practical, very present-tense way—to break down the bullshit artist-spectator divide that even in poetry was reifying my position and their position and the waves I felt were keeping us apart. I started using it on the road as a way to talk to people and listen to people in a different space than the space that would be possible in the space of performance, or in the space of let’s call it art.

The Indy: When you talk about bearing witness and the problems of spectatorship, I’m reminded a lot of the poem you published on your Tumblr after Sandra Bland’s murder. I’ve returned to it often—I find it a very moving poem for a number of reasons. But I think there’s something—and I think The Cow does a similar thing for me—about witnessing and writing, about witnessing in a way that goes beyond just spectating. How do you think of that poem—what kind of witnessing do you see yourself doing there?

AR: What that poem represents is an infrequent instance of what in my mind I call verticality. This is when I am fully present to the moment, that is to the event in the world, as it is happening in my body at the same time that I’m in a state of composition and I compose live. I published that poem directly and there’s a side of it that was almost macho, like, I’m putting this poem out immediately, whereas sometimes we work on our poems for years. That’s what I mean by verticality—that I was not only in a state of relation to this horrible, horrible, tragic murder—that of course is one of so many murders, but Sandra Bland’s murder I know is one that got to me and a lot of other women in a different way than all the murders of men. It’s not to say that we’re not scandalized and contorted and tortured by those murders also but there’s something about her activism, her voice, her power…

One of my long-time fascinations and obsessions is the problem of time on the Internet, in particular female time—the rhythms of my body, the rhythms of lived life—in relation to the kind of timelessness (and I mean that with a negative weight on ‘timelessness’) that the Internet produces. Another of my big obsessions is the verticality of it, the overwhelming descent that the Internet is structured around: you scroll down almost all the time. I think in the last five years in design a lot of people have tried to counteract that a little but it is still overwhelmingly a plunge into the abyss. So [her murder] ripped me open and it’s one of the rarer instances where I’m composing directly into that abyss. Writing [“Sandra”], for me, was about claiming some sense of presence and agency in a digital realm that often makes me feel estranged from the present.

The Indy: I often see writing about your work that describes it as personal and powerful for the unveiling that it accomplishes. For me, your work has been about the writing of presence, what it means to be saying and saying at the time that you are saying, and how that saying comes out—if that makes any sense. Does that resonate with you as a description of your work or is something you’re thinking about when publishing?

AR: I really appreciate that reading actually because that, to me, is the fundamental gift of the lyric poem. The magic of the lyric poem, especially one in the traditions that obsess me, is that it bursts open in the present. It’s a gift of presence and in many ways a record of presence on the part of the poet. That’s what the dictum about poetry being the news means to me. I get bored and annoyed by people appreciating the vulnerability in my work, which is a word that has come to really irritate me. I think what they mean is the presence of it, that [my work] is trying to be present to itself, present to a body, present to space and time, and trying to convey that intensity. Lyric poetry is supposed to be intense and it’s supposed to do shit to you. It’s supposed to be full of surprises. They are literally limitless possibilities for how that can be done and that’s something I love about the space of the lyric poem, is it’s truly the space of liberty that I know. That anyone has access to. I think that having an experience of some kind of upheaval and some stripping away of artifice is exciting and life-giving and I want that presence so badly. I think a way that a lot of people go after that is through social media. There are all kinds of ways people are performing their presence to themselves, their presence to others nowadays. Of course we’re living out the bad wages of that in a lot of ways. But this is a strategy for art also: it just takes different kinds of discipline inside the space of an artwork. Is that an answer?

The Indy: That is an answer. It also helps to clarify my own thought—that describing your work as ‘vulnerable’ ignores the positive aspects or the possibilities of being with people that presence contains. And hearing you talk about your astrological practice as a way to be more present at your readings, I wonder what you see as the future—or the opening gesture—of being-with that you’re finding in lyric?

AR: Well, I see that possibility as really eternal and endless. I also really believe—and this is something I take from one of [filmmaker and writer Alejandro] Jodorowsky’s books—that everyone should write poetry. I think it’s a really healthy thing. And even though there can be plenty of bad poetry—there always will be—I don’t have a problem with it. I think that everyone should give themselves the gift of that presence and that witnessing. The powers of a poem to reach across space and time are proven and we know what Sappho can still do to us. All of these things are ratified and they’re proven double-blind, placebo-tested. I think poetry is something that everybody should read and that everyone should write. Really. I really believe that. I think it’s a school for the soul. And that doesn’t mean I don’t think there’s shitty poetry or that I don’t sometimes throw a book across the room or whatever. But I don’t care, I think everyone should write poetry.