by Sam Samore & Will Weatherly 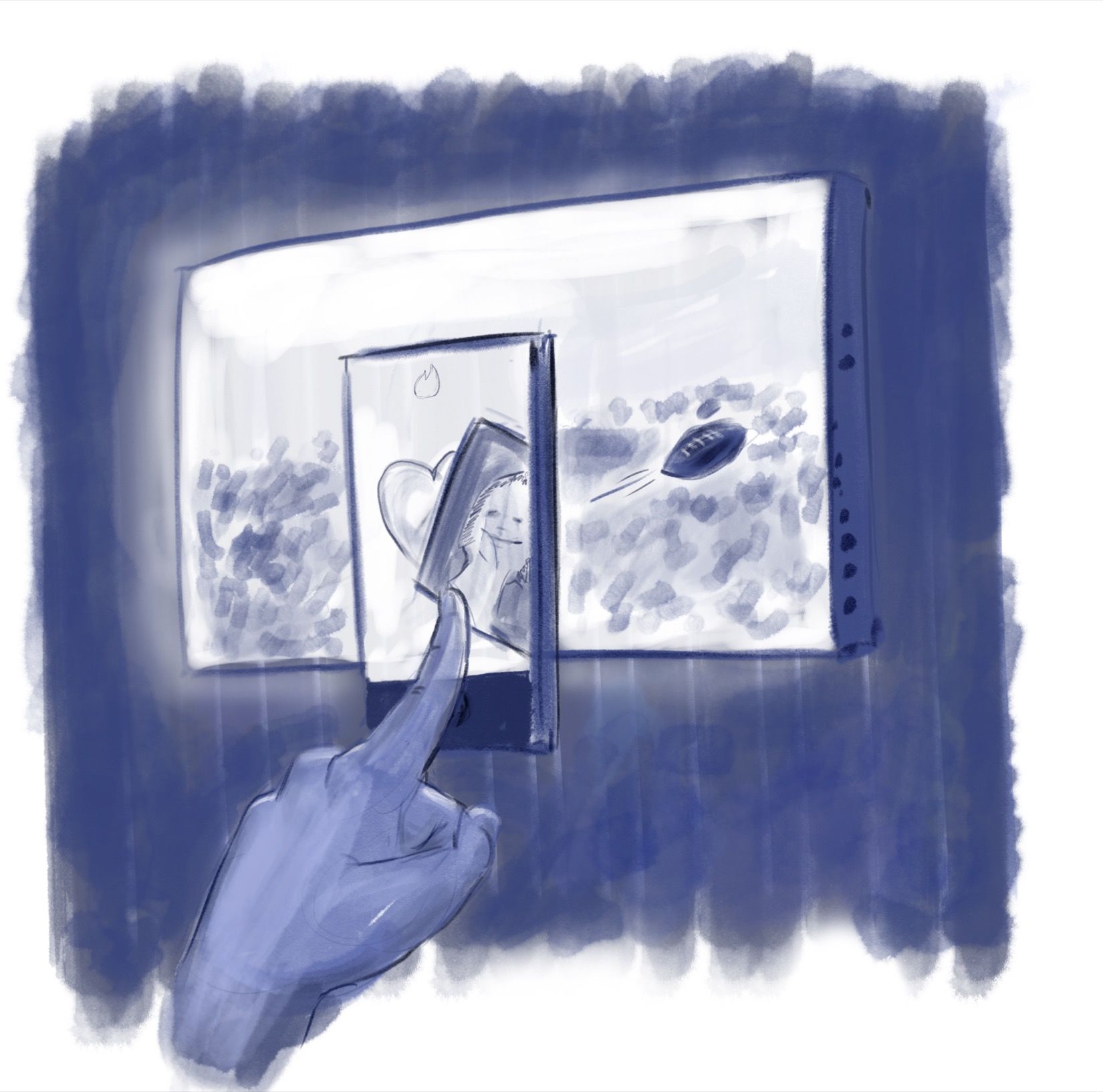 FIRST DATE IN A DUNKIN’ DONUTS

America loves an underdog. The New England Patriots are not an underdog. But Providence, RI is. It’s easy to see why the Patriots might favor a city like Boston for the victory parade, romantically speaking. Boston is richer, prettier, bigger. It doesn’t mess up as often as Providence does. So when Rhode Island’s governor, Gina Raimondo, invited the Super Bowl LI champions to a public rally in the Providence Dunkin’ Donuts center, where she would declare it New England Patriots day in Rhode Island, it felt like an opportunity. An opportunity for Providence to show its love.

Tuesday, February 8, was a rainy day. As they say, “Paris is most beautiful in the rain.” I showed up to Providence’s date with the Patriots full of nervous energy. We Providencians arrived at the Dunkin’ Donuts Center first, so we waited, anticipating. “Where Are Ü Now” by Skrillex and Diplo with Justin Bieber blared over the speakers. Some of us drank a twenty four oz can of Budweiser, to take the edge off. Some of us drank two. “Young, Wild, and Free” by Snoop Dogg and Wiz Kalifa feat. Bruno Mars played next.

Finally, a warm-up crew arrived. This is not necessarily a typical date move, and its effectiveness remains unclear. Mayor Jorge Elorza and Governor Raimondo both took the stage to sing Providence’s praises, to sweet talk us. They told us about how Boston had a yucky outdoor parade, but how noble Providence protected their team from the elements with the Dunkin’ Dome. They told us that Rhode Island had more Super Bowl watchers per capita than any other New England state. We were not impressed. We booed them both. We only wanted one thing: our team, our date, our love. The New England Patriots.

Finally, the team arrived, bearing their trophies. Well, about six of them. Not including Tom Brady. Gronkowski was there. Suddenly, I realized. This was a pity date. Where was Tom Brady? Why were we left for late in the day? The Boston parade had been the main event; they were just throwing us a bone.

I left, jaded, before the date was even finished. Later, I would tell people that the only reason I wanted to go was to punch Tom Brady in the face à la Richard Spencer. Was it true? I think I was in love once. Don’t let it be forgot, that once there was a spot, for one brief shining moment that was known as Camelot.

Super Bowl Sunday is either the most confusing holiday or the most straightforward. The whole ritual is a mix of being hungry, watching advertising, getting hit on, or all three at once. Mixed messaging is the name of the game. It’s why Budweiser can sell commercials that simultaneously sell a beer branded as “America” while inspiring think pieces about Trump resistance. The Super Bowl can be anything you want it to be, especially when what you want is something somebody can sell you.

Tinder capitalized on this chaotic mélange of desires and nationalism during the weekend before the Big Game, when the app hosted a nation-wide vote on a range of pressing topics. There were several exciting items on the ballot; users could swipe to decide what team they predicted would win, as well as what liquid would be poured on the victorious coach. In a particularly superficial and shaming turn, characteristic of the service, they asked whether Lady Gaga would have a wardrobe malfunction à la Janet Jackson.

Tinder has a vested stake in attracting users mindlessly swiping during multimillion dollar ad breaks (or do people do that during the actual sport? This reporter could not tell you). On November 27, 2016, a day when both the Falcons and the Patriots were playing high-profile games, Tinder saw a 10 percent increase in swipes compared to other Sundays. Thus, the birth of an impossibly lucrative Venn diagram between people who are bored because they want a romantic partner and people who are bored because they like sports.

Really, that Venn diagram is a circle, but a circle with pointier ends and made out of sweat-bathed leather. Tinder is just as much a seven-layer dip of commerce, branding, sex, and envy as the biggest game in football. But when Tinder turned a dating app into a ballot box, it yoked its signature recipe for pointless romance with a mindless parody of democratic participation. The app might have been simulating more than awkward matchmaking, or an electoral process reduced to a farce. The Super Bowl is ultimately about selling and drinking alcohol branded with nationalism, but at this point, Tinder capitalizing on a queasy mix of impulses may have just as much a claim to the national character as America’s most popular game.