Electronic Disturbance at the Border

The aestheticization of immigrant rights 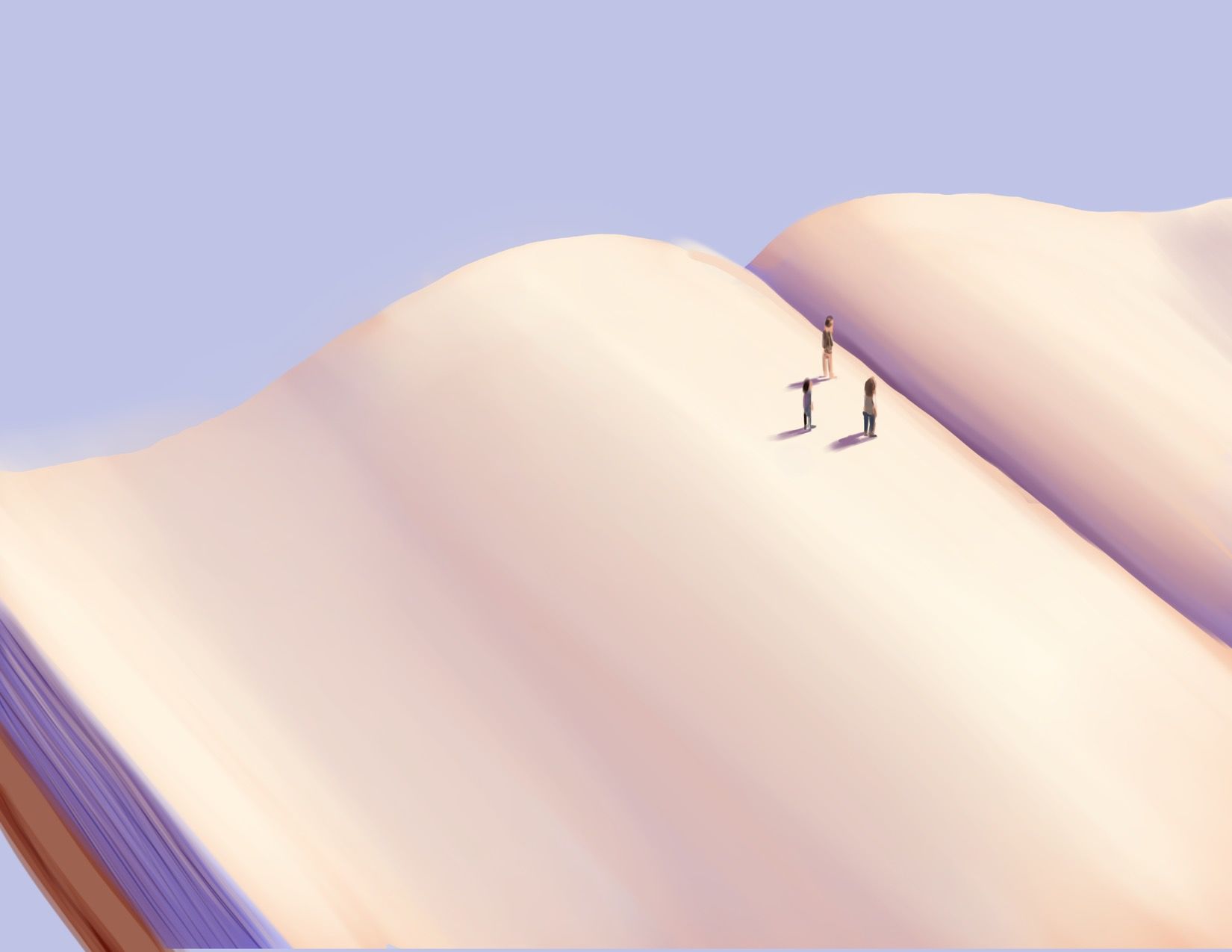 Last week, President Trump signed several executive orders that significantly expanded the authority of immigrations officers, banned Muslim immigrants and refugees from 7 predominantly Muslim countries from entering the United States, and ordered the construction of a 1,900-mile wall on the US-Mexico border. Protests immediately erupted across the country, and organizers mobilized to resist Trump’s policies and support communities whose safety had come under increased threat. Following the election, artists and writers have grappled with developing new practices to fight back.

What does it mean to be a writer, artist, and performer in the age of Trump? This past week, novelist Edwidge Danticat, writing for the New Yorker, reaffirmed Audre Lorde’s assertion that “poetry is not a luxury. It is a vital necessity of our existence.” Danticat writes that since the election, she has looked toward the work of contemporary and historical poets to guide and inspire her as she navigates this new political reality. The work of the Electronic Disturbance Theater (EDT), a group of artists, cyber activists, and academics, has endeavored to demonstrate this capacity for poetry to serve as a form of nourishment while simultaneously engaging with new media in order to develop original and radical modes of resistance. By gesturing toward both the limits and possibilities of art-based activism, the EDT’s projects and installations provide a useful model for art’s intervention against state violence.

On April 10, 1998, the EDT successfully hacked the website of former Mexican President Ernesto Zedillo. Using a URL-based software called Flood Net 1.0 which overloads a website with page requests until the server crashes, the collective blocked access to President Zedillo’s official website to protest the assassination of 45 Tzotzil Mayan men and women by a federally supported paramilitary group. Although the EDT was originally organized to develop virtual sit-in technologies, like Flood Net 1.0, the collective’s work has expanded in recent years to include demonstrations against the United States Department of Defense, the World Trade Organization, and former President Bill Clinton. As Ricardo Dominguez, the co-founder of the collective, told Hyperallergic, the group’s commitment to thwarting structures of violence and injustice “anchor their being and becoming as artists and every gesture that we make as an aesthetic gesture.” The EDT defines itself as both a political and artistic community, whose projects are designed to both develop new forms of digital media and push the boundaries of conceptual art.

In 2007, the EDT began developing the Transborder Immigrant Tool (TBT), a mobile phone application that used GPS data to assist immigrants crossing the United States-Mexico border. The app was designed to help users to locate and access water stations installed by organizations such as Water Station Inc. and Border Angels. Funded in part by the University of California San Diego, the recycled cell phones were to be distributed to immigrants on both sides of the border. Though the EDT spent several years developing the program, the project was ultimately never realized. In an email interview with the Independent, Ricardo Dominguez explained that “the use of TBT by Transborder communities never ultimately functioned, not because of US-based policies and racial scripts of hate.” Instead, he emphasized “that narco-wars [the ongoing war between the Mexican government and drug traffickers] just made the use by immigrants and refugees crossing the border with TBT impossible—it would [have] put them in great danger.”

Helping users locate water stations, however, was not the only objective of the TBT. The cell phones were additionally programmed to recite poetry to individuals walking across the border. The poems were written by Amy Sara Carroll, a poet and scholar who teaches at the University of Michigan. Carroll wrote two collections of poems: one set of experimental poetry and one set of twenty-four poems written to assist users in surviving the desert. In an introduction to the series, published online in 2016, Carroll explains, “beneath the unforgiving glare of the landscape’s daytime sun, beneath the luminosity of its nighttime stars, I thought, ‘What would I absolutely need to know if I were on my way to one of TBT’s way-stations?’ I turned to texts about desert survival: handbooks, military manuals, a guide for border-crossings briefly distributed by the Mexican government.” The twenty-four poems that resulted from this research include instructions for withstanding inclement weather, surviving rattlesnake bites, and finding the North Star. Carroll notes that she wanted to write poetry that would serve as a “tool of sustenance,” rather than functioning merely in institutional contexts. Moreover, she acknowledged “the hubris of the poetics attached to TBT,” an endeavoring to create texts that would be accessible to, and hopefully useful for, immigrants crossing the border. Though the TBT was designed, in part, to break away from the limitations of academic art, the project was exhibited at several art institutions around the world, including the 2010 California Biennial and the Toronto Free Gallery, demonstrating that the project was intended to be both a political and cultural object—a humanitarian tool and a work of conceptual art.

The TBT was immediately criticized by conservative lawmakers, who argued that the project was a misguided, illegal, and immoral use of taxpayer money. This criticism prompted investigations into the TBT, the EDT, and Ricardo Dominguez’s work by the University of California and the United States Congress. This was not the first time that the EDT faced backlash. At around the same time that the TBT was developed, Dominguez came under investigation by the University of California and the FBI Office of Cybercrimes for a virtual sit-in he organized to protest the University’s tuition fees and California’s broader education policies. Dominguez states in his interview with Hyperallergic, “[the investigators] were all seeking to find a way to stop TBT and to de-tenure me for doing the very work I was hired to do and tenured for…UCSD dropped its actions to de-tenure me and instead gave me merit for my research.” Additionally, the conservative pundit Glenn Beck, who worried that the tool would encourage undocumented immigration and weaken the border between the US and Mexico, devoted an entire segment of his Fox News program to condemning the application. Though members of the EDT received dozens of threatening emails, Beck’s tirade effectively introduced the TBT into mainstream political discourse. Dominguez told Hyperallergic, “Beck, on his website and old Fox New shows, insisted that TBT’s poetry would ‘dissolve’ the nation! Which I believe is indeed the power of poetry.” The poetic feature of the TBT attempted to accomplish just this: dissolve, or at least disrupt, the borders of the United States and the rhetoric with which politicians valorize them.

Dominguez told the Independent that “the [TBT] became a disturbance of U.S. border policies and its long history of using the border as a site for the administration of fear-based politics and long term economic exploitation of immigrants and refugees.” By emphasizing the physical and spiritual needs of its users, the TBT attempted to disrupt the common definition of the border as an essential and inviolable guard of the nation by subverting the normative conception of the ‘illegal immigrant.’ In other words, the EDT strove to re-frame immigration discourse as a social justice issue, rather than an issue of national security. By drawing attention to the number of people who die crossing the border, the EDT aimed to shift national discourse away from the question, ‘What should the United States government do to prevent illegal immigration?’ to one of, ‘What policies must the U.S. implement in order to ensure the safety of immigrants crossing the border?’

Though the TBT was never distributed to migrants, its efforts to disrupt and reframe immigration rhetoric in the United States are critical, especially given President Trump’s extensive use of aesthetic and symbolic gestures in his attempts to garner support and exercise power. In his interview with the Independent, Dominguez reinforced this point: “the [TBT] creates the possibility of un-grounding the utilitarian structuring of political language, wall-building speech-forms, or…fear driven Trumpism.” In other words, the TBT attempts to transform the border from a site of economic exploitation, state-sponsored violence, and claims to national security to the site of a new, disruptive framework for immigrant rights, and racial justice. “We live in a world,” Dominguez told the Independent, “where only goods and services have rights to cross borders.” In disrupting notions of legal vs. illegal immigration, the TBT asserts the right for individuals to cross borders safely and justly. To replace the Geographic Positioning Systems (GPS) that have driven global politics and markets, the EDT envisions a Geographic Poetic System “that can move off screen space and drift back to the embodied world.”

In his condemnation of the TBT, Beck was particularly critical of the tool’s poetic feature, mocking the EDT’s belief that poetry can help transform the rhetoric around immigration policy in the United States. Beck alluded to Dominguez’s statement, in an interview with California Public Radio, that the TBT can be understood “like the Statue of Liberty that one carries as he walks.” Beck reduced the project into a series of sound clips in order to assert what he believed to be the danger of allowing immigrants to enter the country, appealing to his conservative viewers by railing against the ‘liberal propaganda’ that allowed for the development of the project.

If understood strictly as a work of conceptual art, the TBT’s poetic recitations aestheticize, even reduce, the experiences of immigrants crossing the border. Moreover, aesthetic disturbance are in no way sufficient modes of resistance in the age of Trump. Though the TBT was partially designed to immediately help, even save, its users, its cellphones ended up in art institutions around the world—not in the hands of those who might have needed them.

However, Dominguez’s equation of the TBT with the Statue of Liberty was intended to reclaim a symbol—the Statue of Liberty’s hope for a welcoming, safe America—that has been employed for centuries to erase the narratives and experiences of marginalized peoples. Dominguez emphasized that the TBT is “a gesture in the process of becoming,” a tool that is continuously “shape shifting and performing itself into potential spaces of use and poetics.” In other words, the TBT offers artists, cyber activists, and academics a new, radical method of resistance that has the potential to shift national discourse in the age of Trump. The TBT, however insufficient in resisting and altering immigration policy, can be employed effectively in addition to various forms of direct action and community organizing. The project provides an essential framework for which we may envision the role that art and poetry can play in efforts to advocate for a more just and ethical national immigration policy. As Audre Lorde once wrote, “[Poetry] forms the quality of the light within which we predicate our hopes and dreams toward survival and change, first made into language, then into idea, then into more tangible action.”

JOSHUA KURTZ B’17 is out of bounds.